Before we talk about what they did during their practice and show you pictures, here's a little back story on the Honor Guard.

The Honor Guard was founded in 1974 through cadets’ initiative. The mission of the USAFA Honor Guard is to function as an exhibition drill unit and to perform as color guard, flag details, funeral honors, and everything is done in demonstration of their strong sense of pride, dedication and purpose. For 4th Class Cadet’s to earn his or her spot on one of those teams, and it's not easy or a sure thing.

Several weeks ago the team competed out of state in a competition, so during the practice we attended the freshmen were able to give us a little show of one of their routines and we happened to be there on a day that the freshmen were also getting tested on several aspects - their knowledge, physical training and their ability to complete specific manuvers.

The winner of each round was given a portion of the Honor Guard patch. 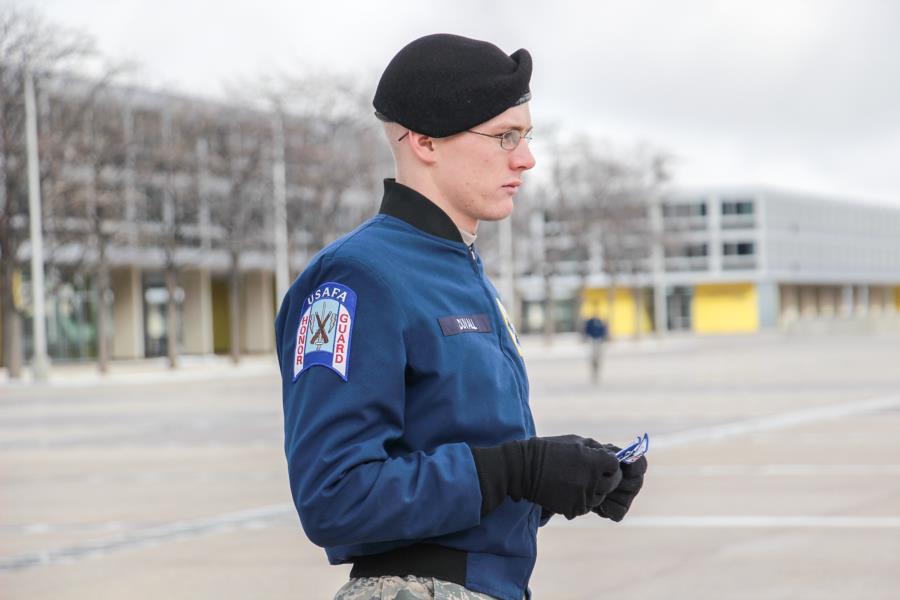 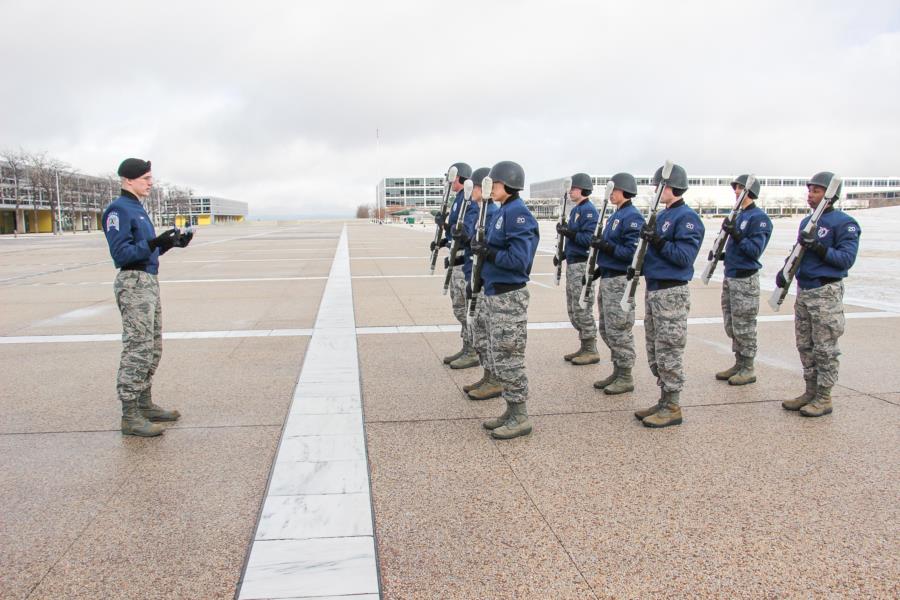 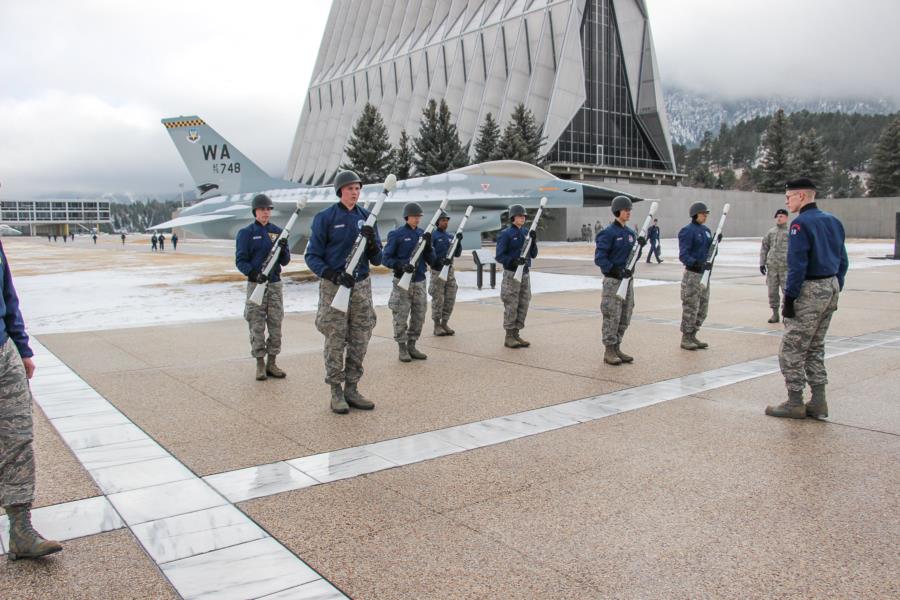 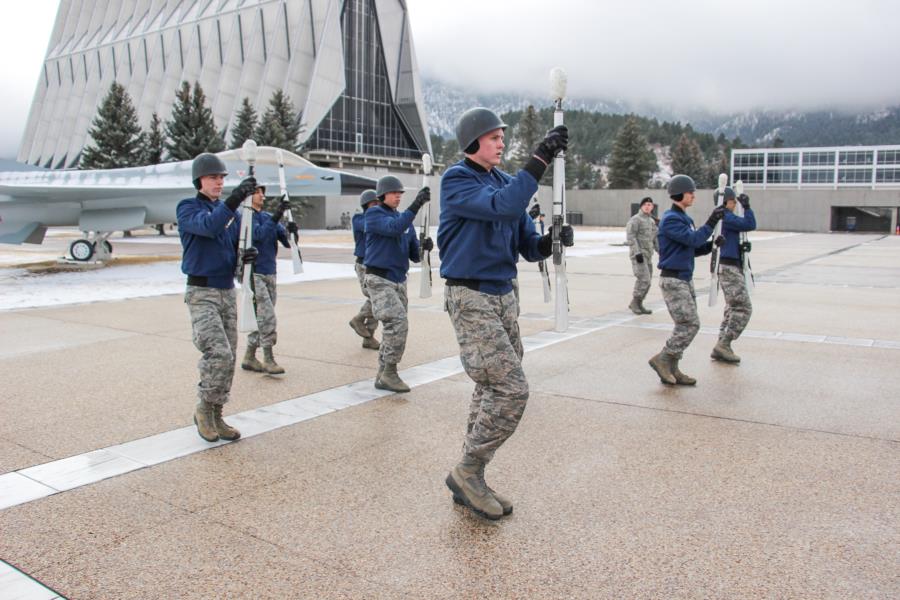 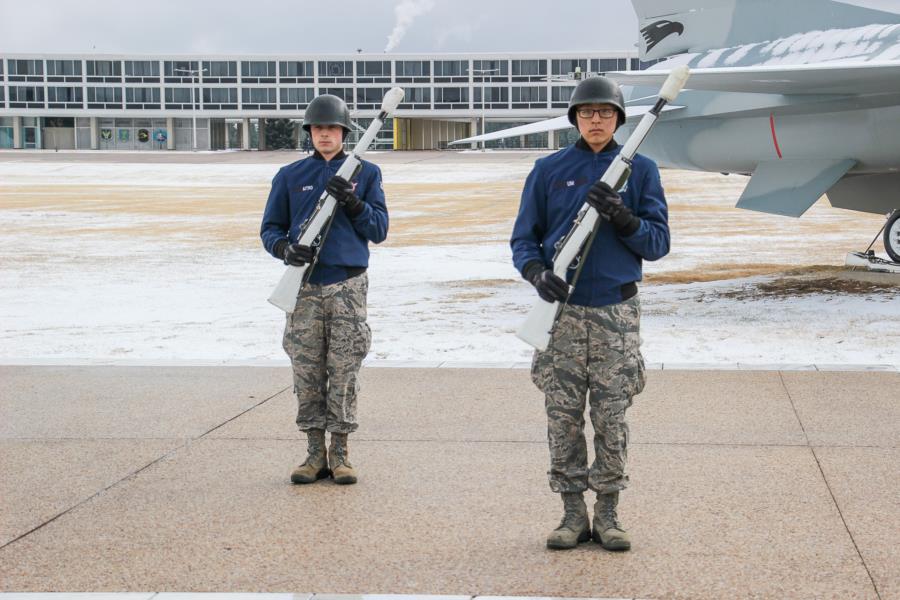 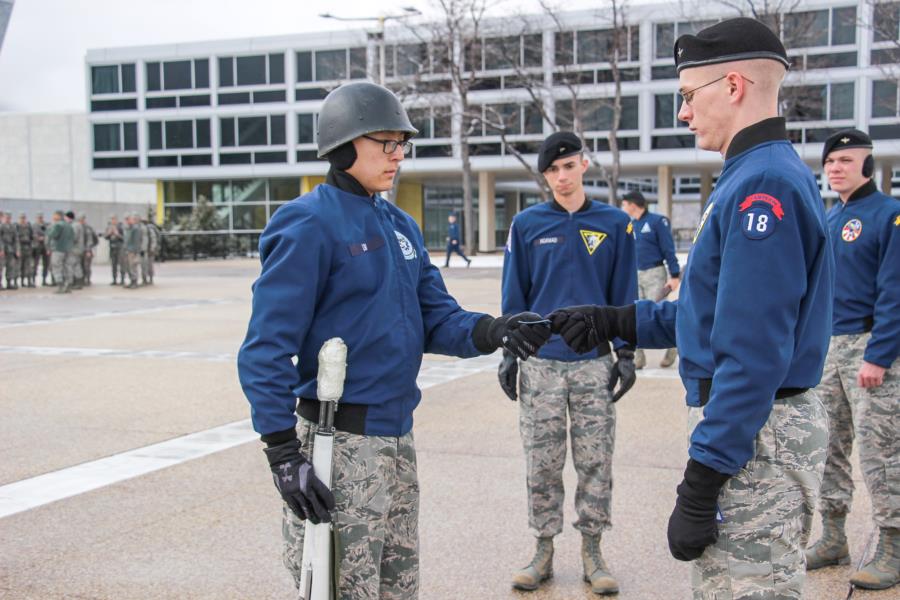 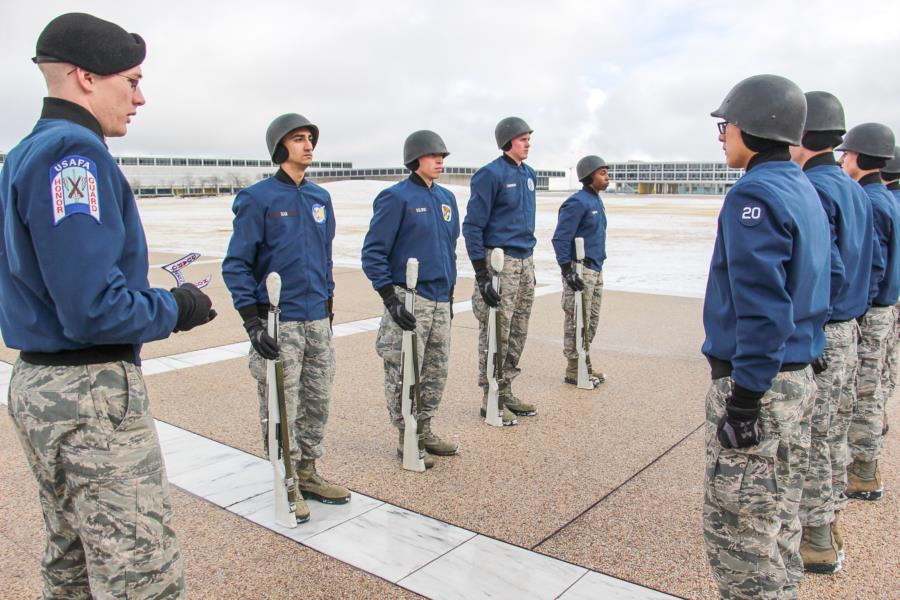 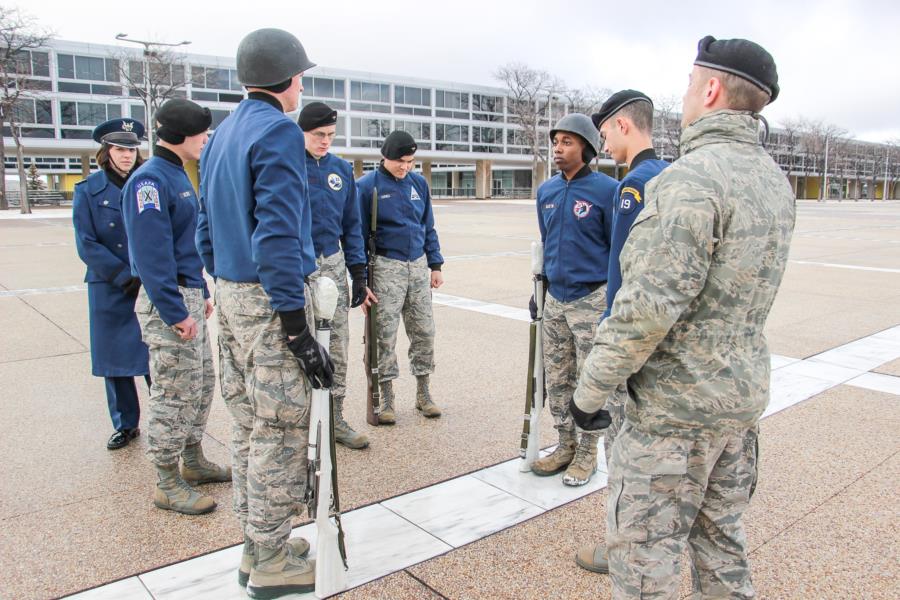 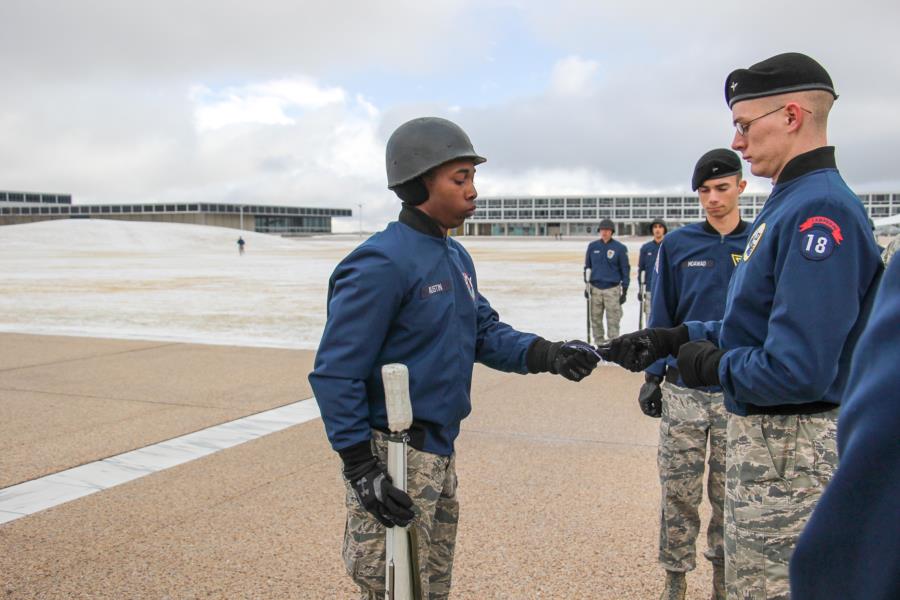 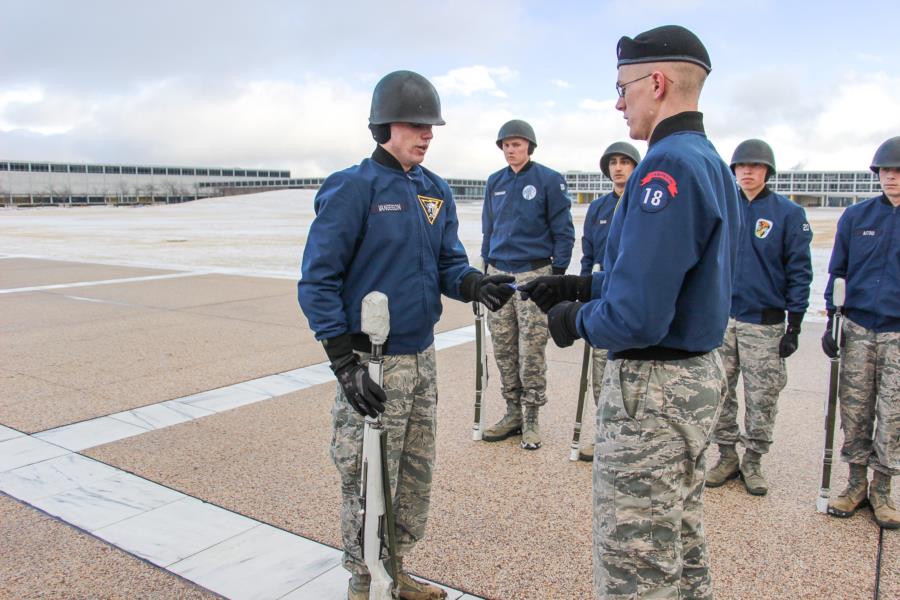 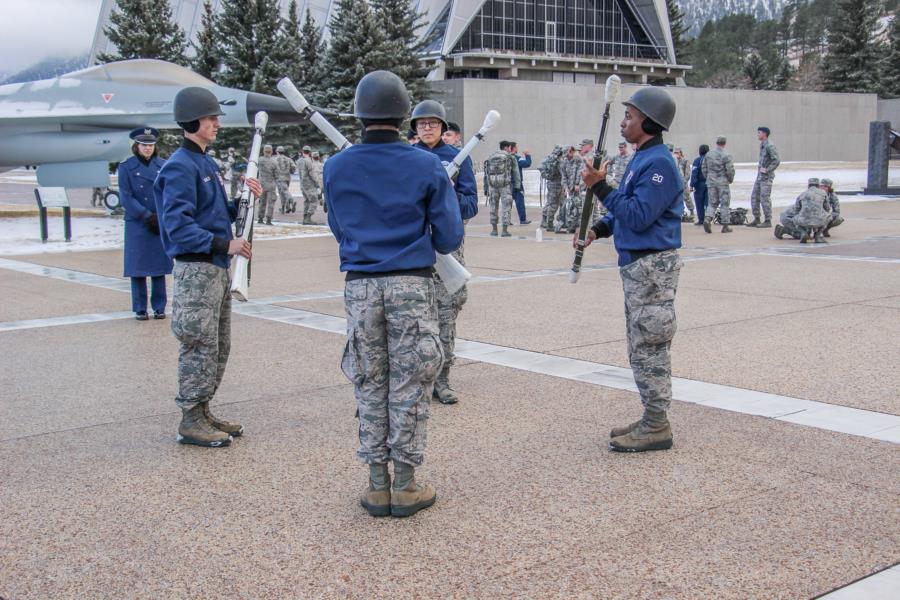 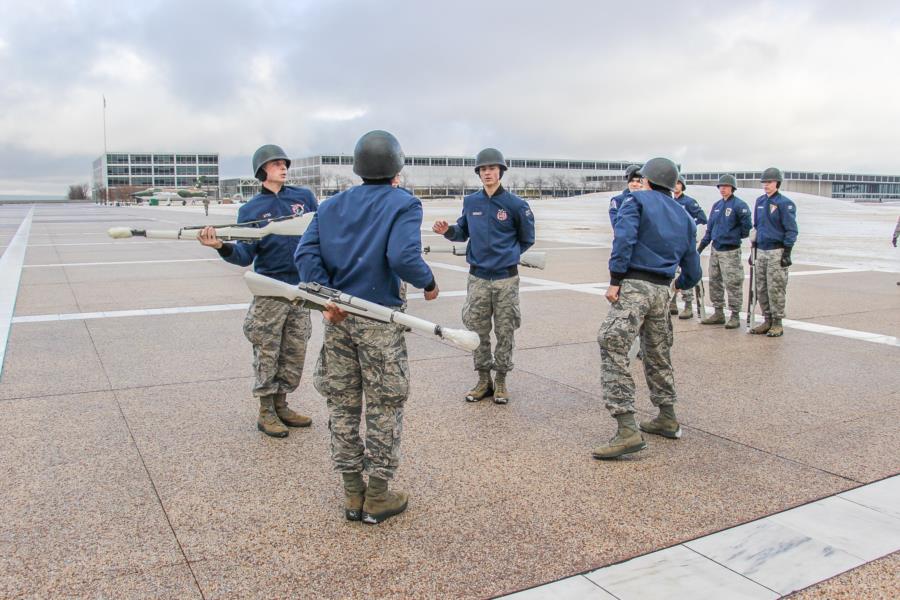 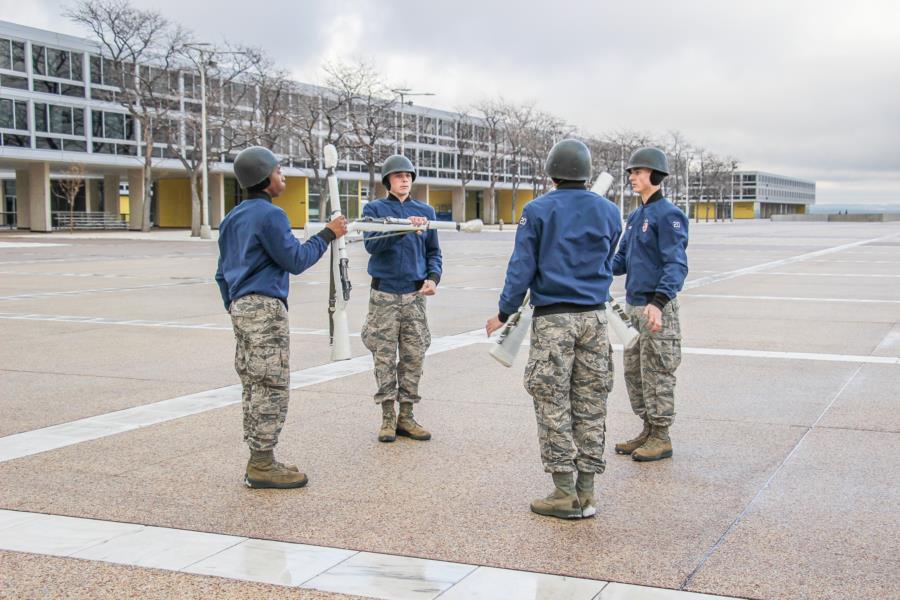 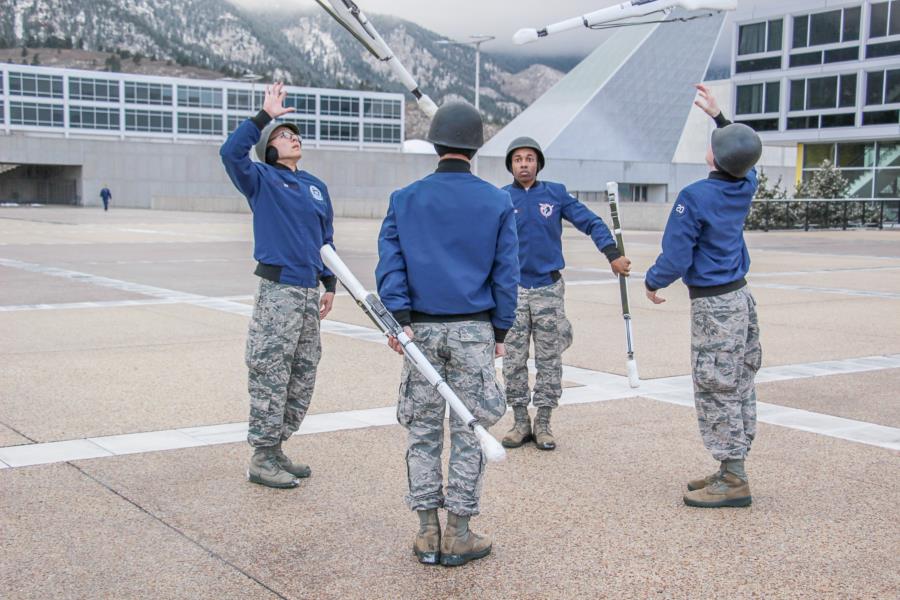 To view the rest of the pictures from the Honor Guard practice we got a glimpse into go to; Galleries - Extracurricular - Cadet Clubs. Or click the link below.