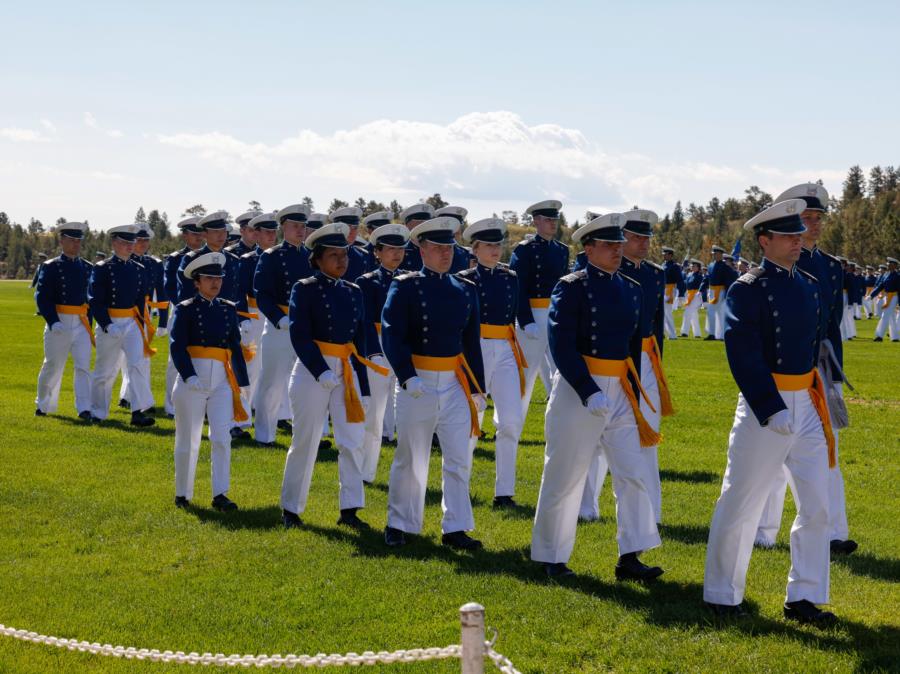 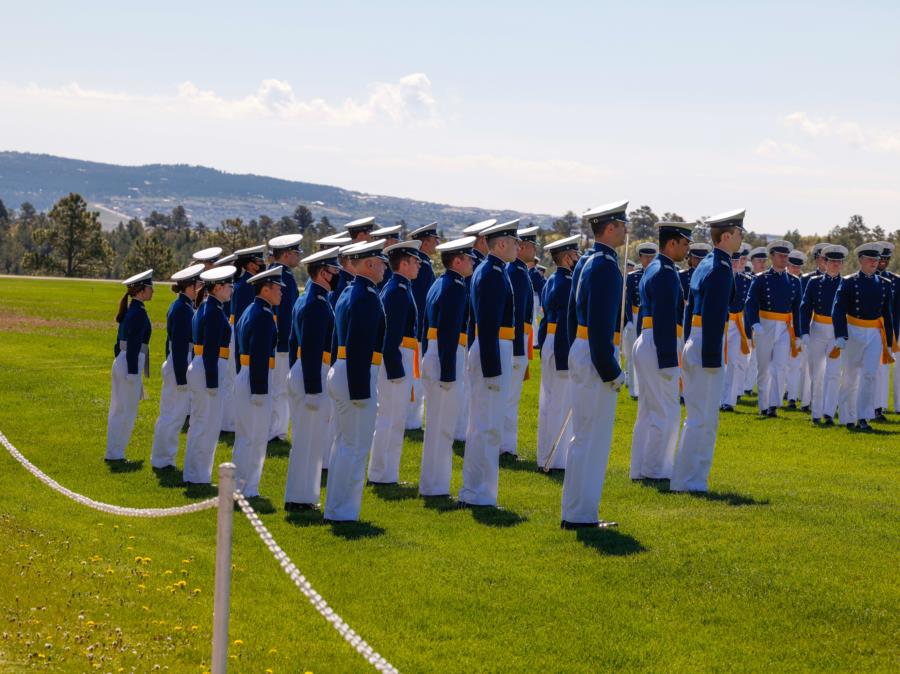 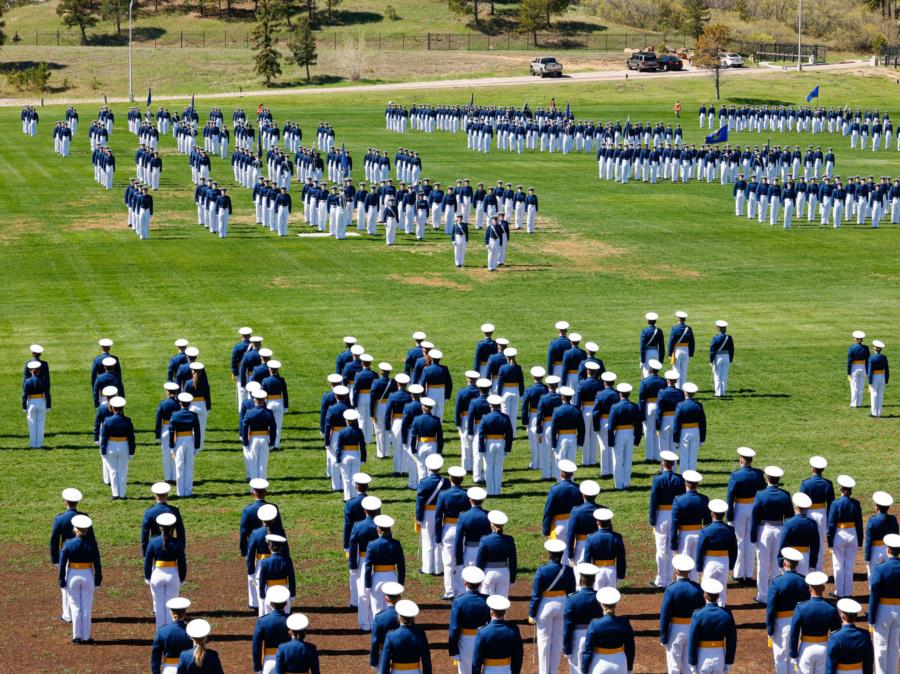 The morning started for visitors with an aerial demonstration that featured a flyover by aircrafts used in powered flight and jump.  There were gliders that landed on the parade field and a demonstration by the Falconry Club. There was also a flyover from a B2 Spirit Stealth Bomber. 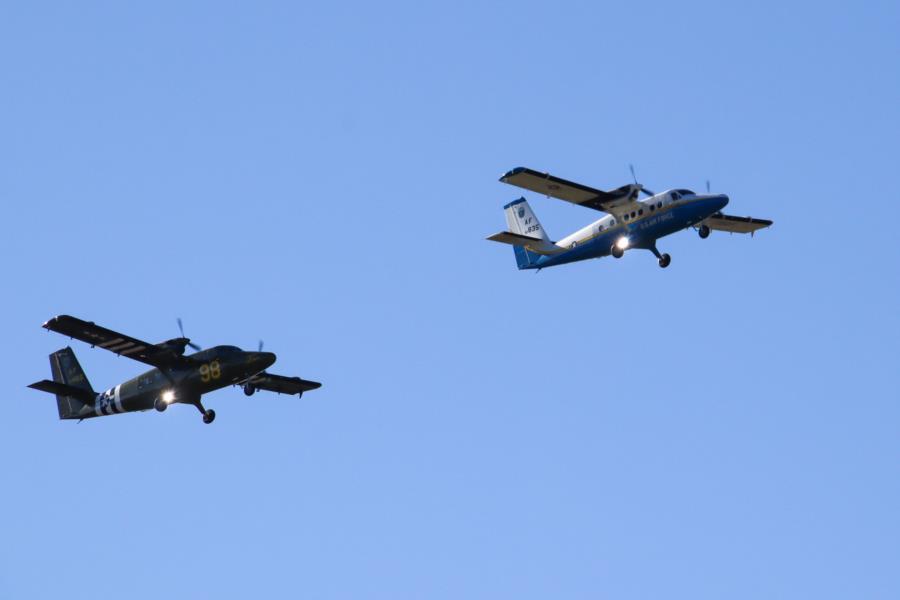 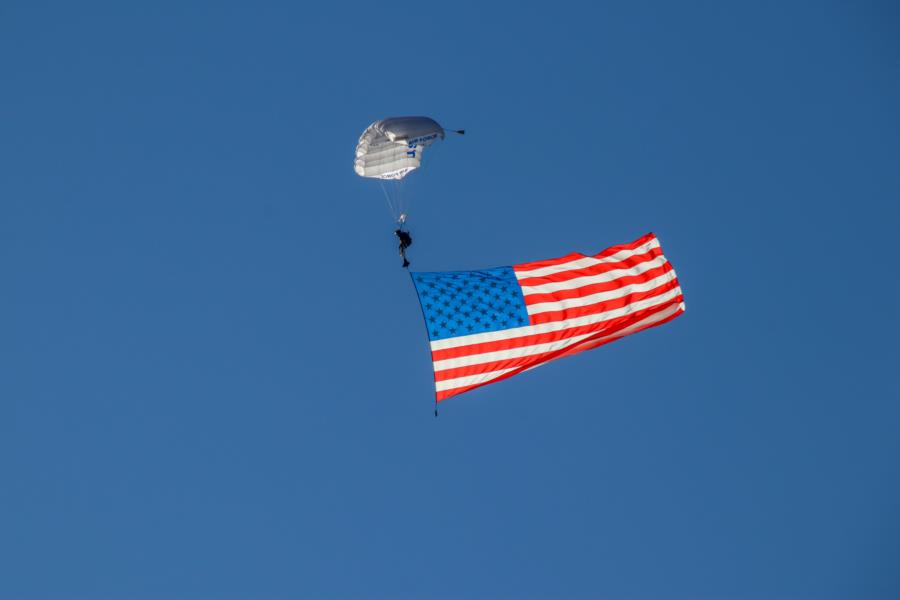 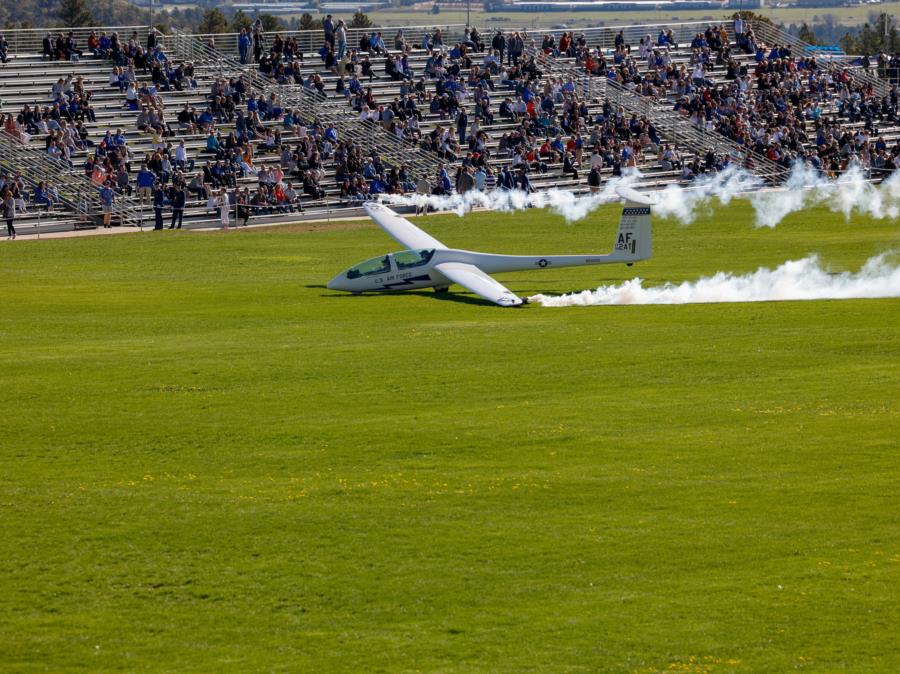 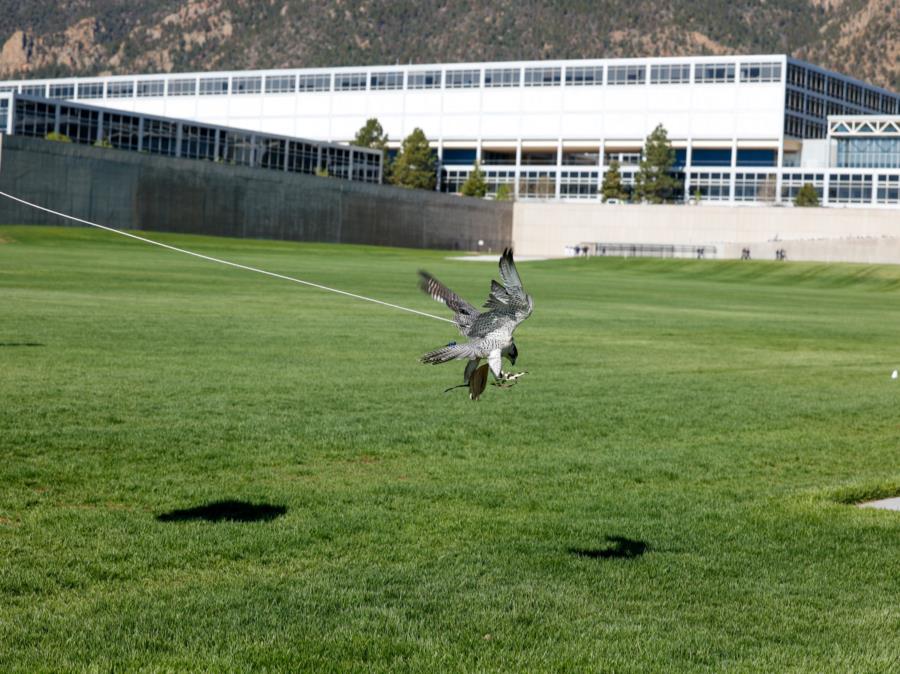 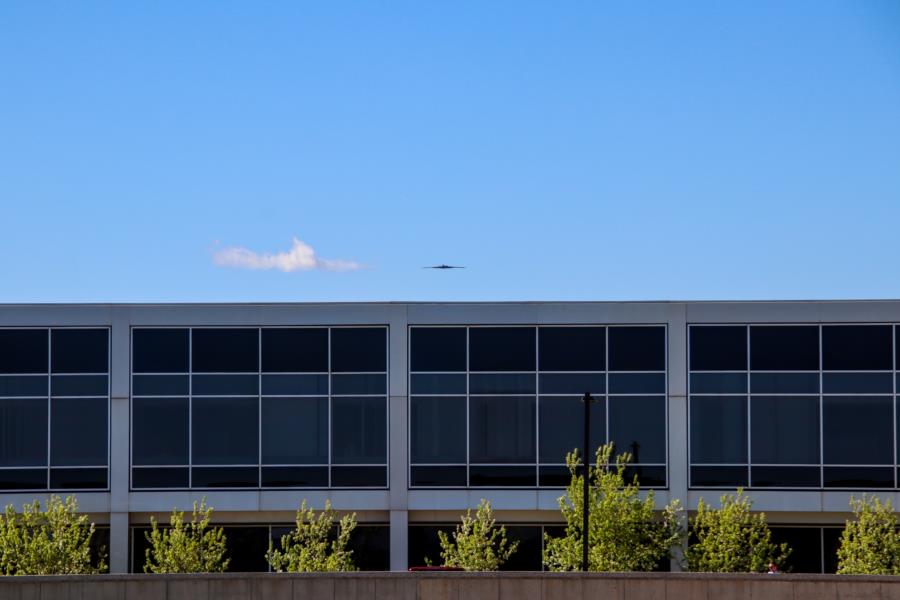 The Graduation Parade started on the Terrazzo and made its way down the Core Values ramp down to the Parade Field ramp and onto Stillman Field. 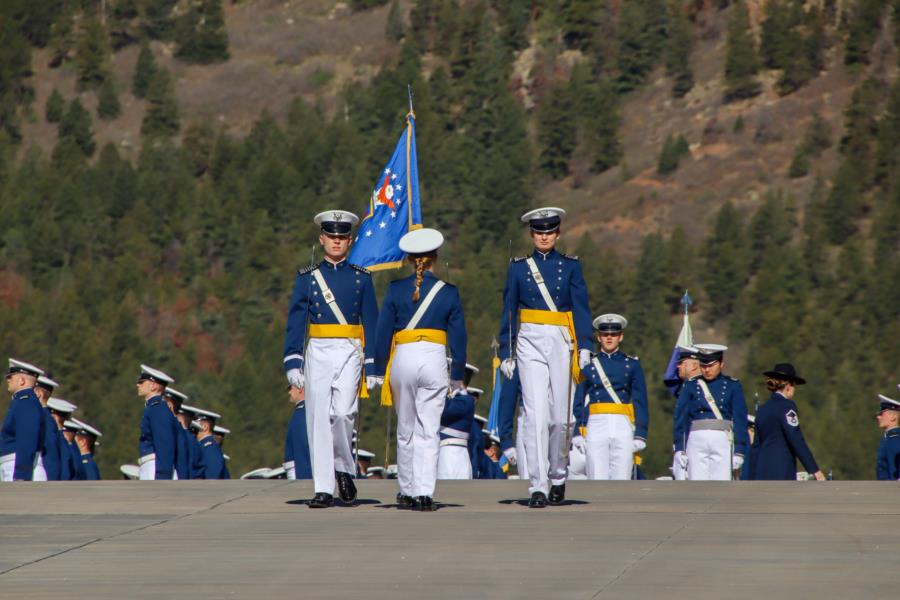 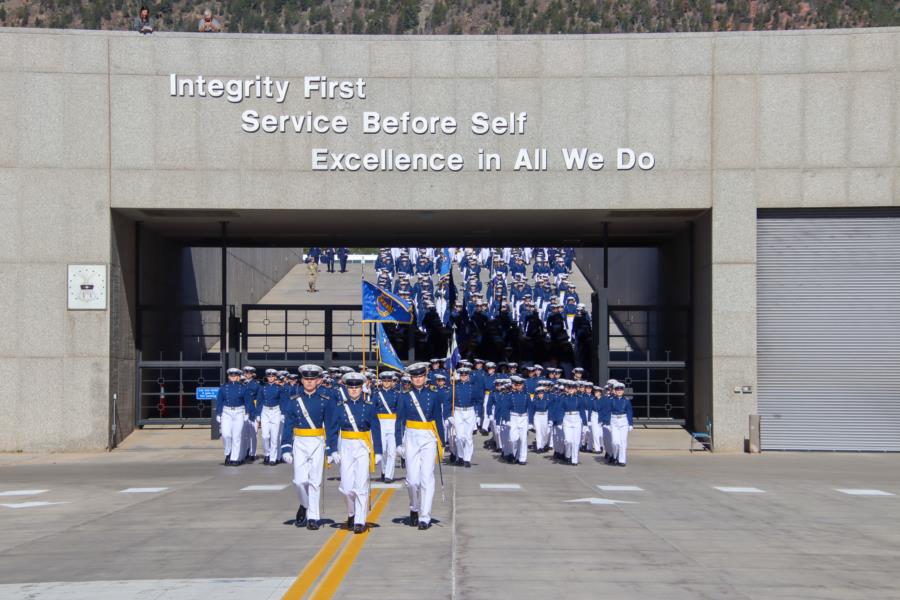 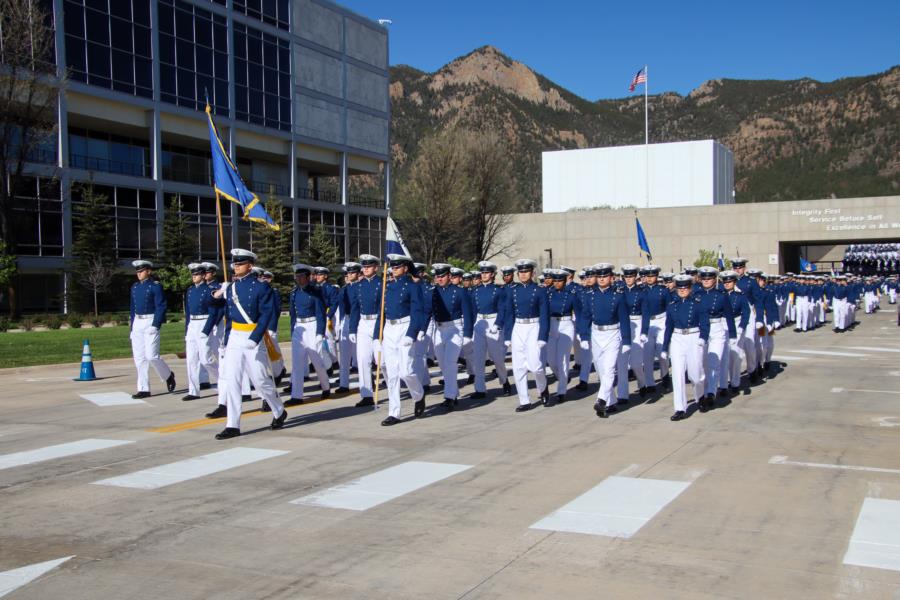 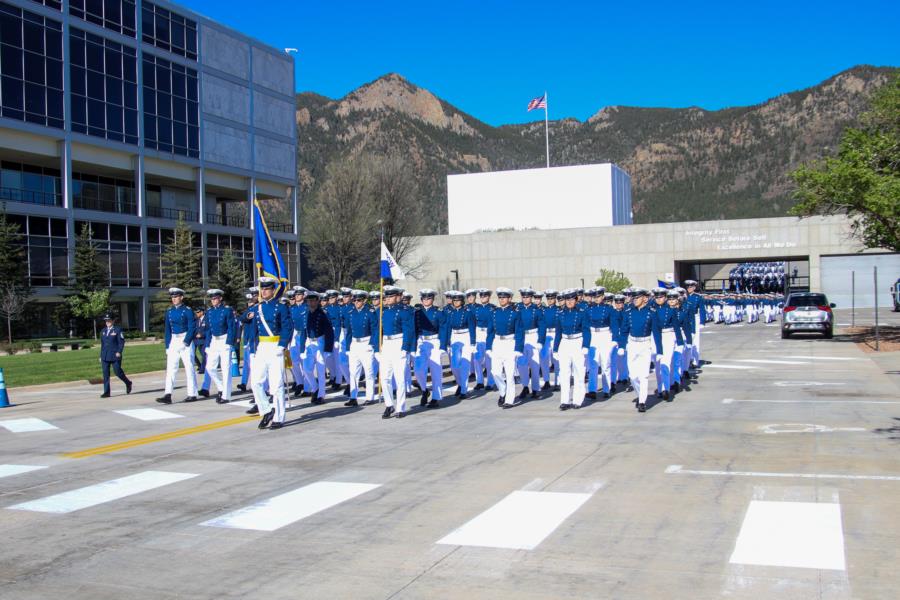 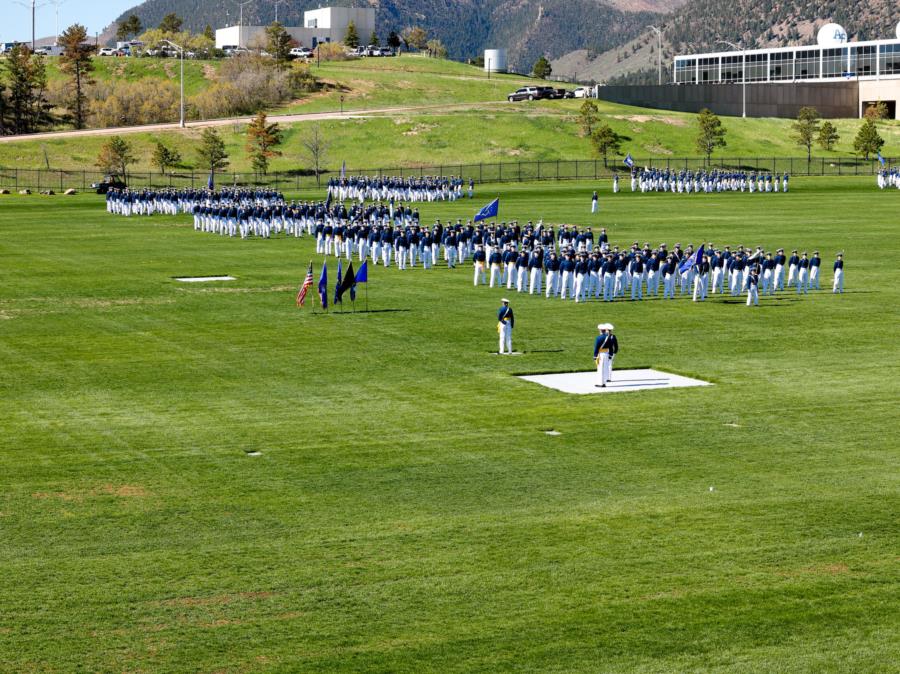 After the Parade, family and friends went out on the field to find and congratulate their cadet. Each squadron then prepared for their Commissioning Ceremonies that were held in the afternoon and evening throughout USAFA.  Our staff of WebGuy photographers were out in force capturing as much of the action as we could. 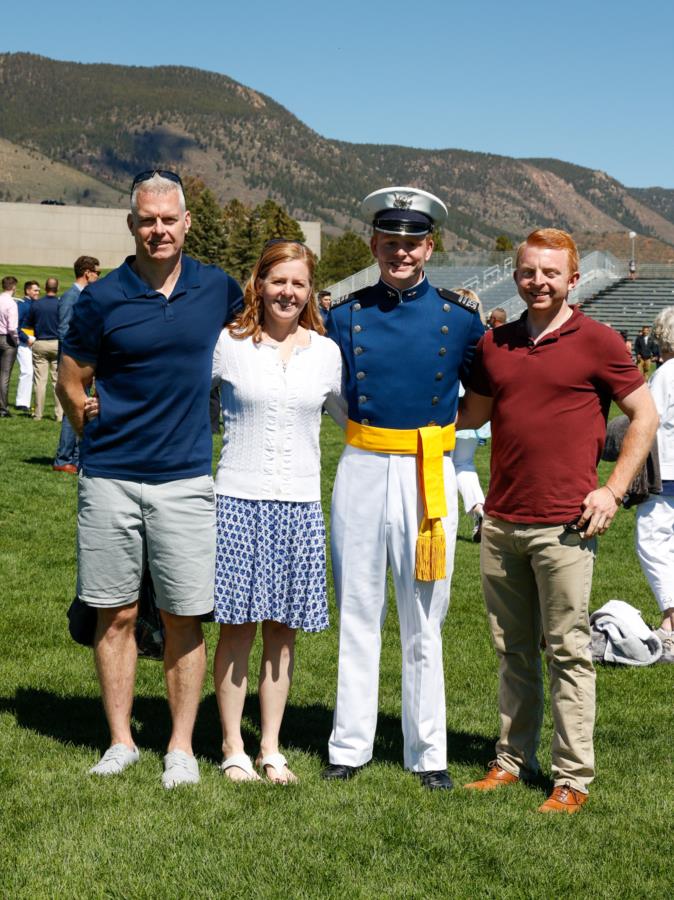 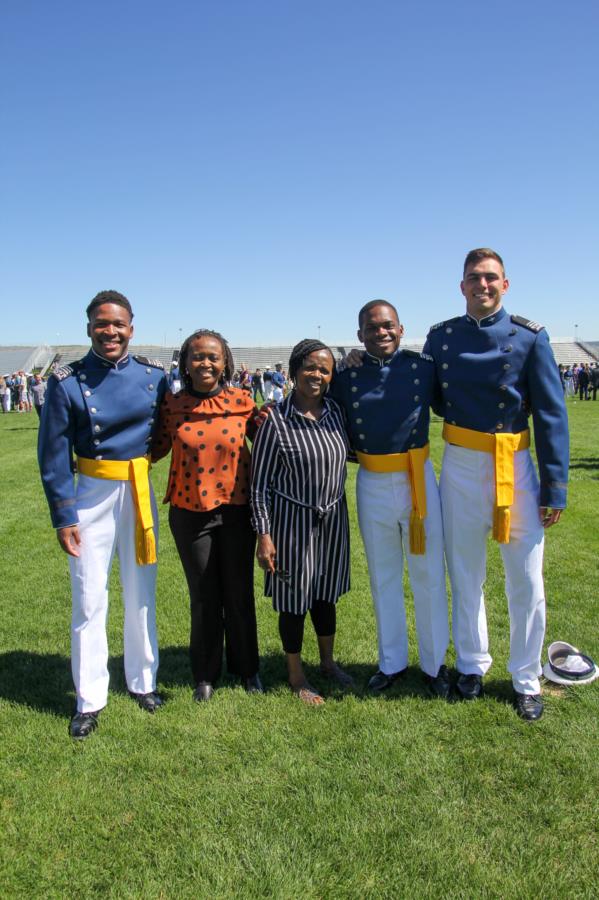 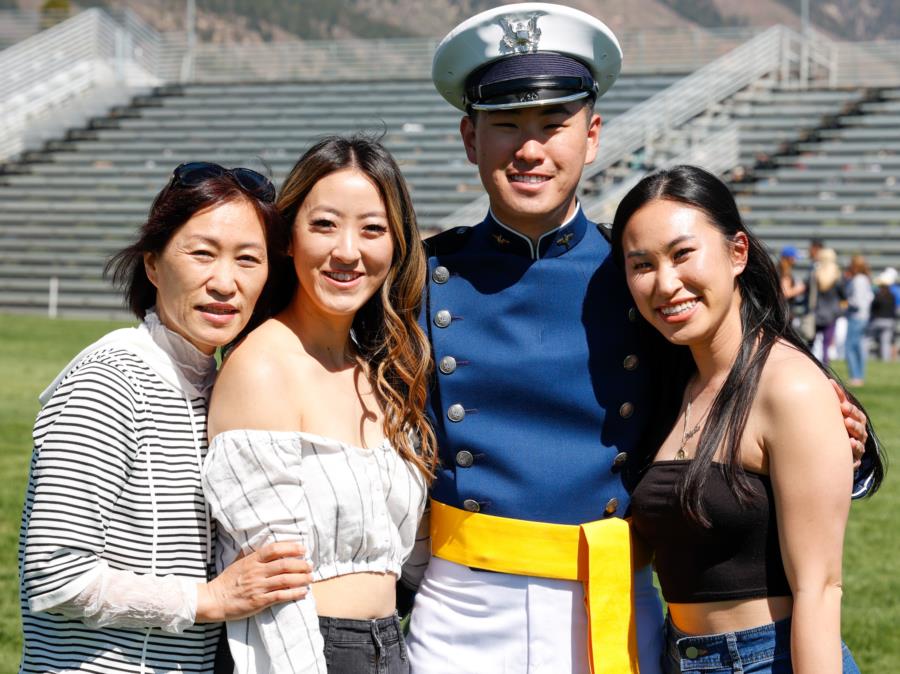 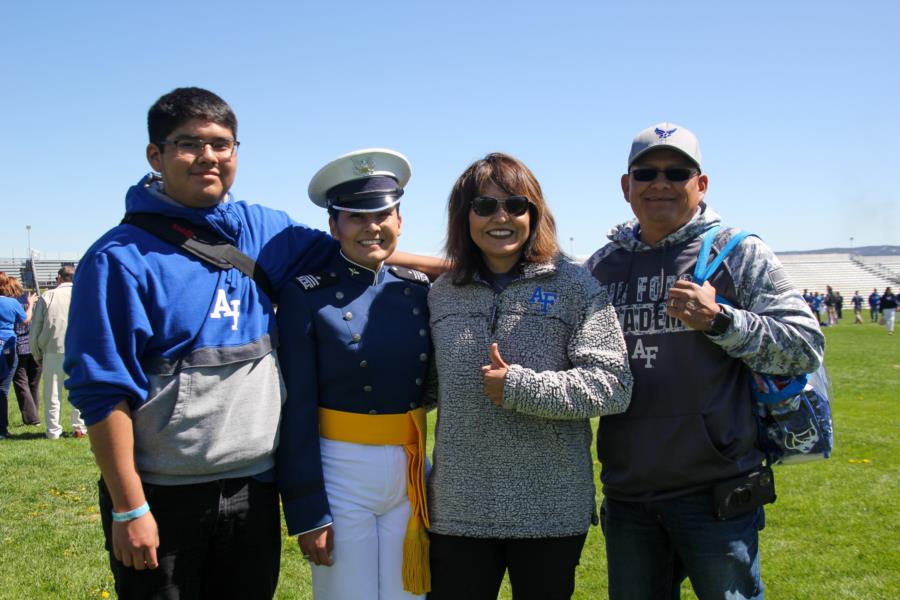 Tomorrow is the BIG DAY! Congrats to the Class of 2021 and their families and loved ones, you are almost there.