Today myself and WebFox went out to cover ESET.

Cadets are in the Training stages of ESET. Some of the events we attended today were; Bomb Training, Weapon Training, Evading Training, Mount Exercises and practicing at the Shooting Range.

In Bomb Training they learned about different bombs and what to look for when out in the field whether it be in the city or a rural area. Who they would need to contact when they come across a unusual object or an usual object they aren't sure is safe because they have to have someone trained take care of the bomb. Safety first! 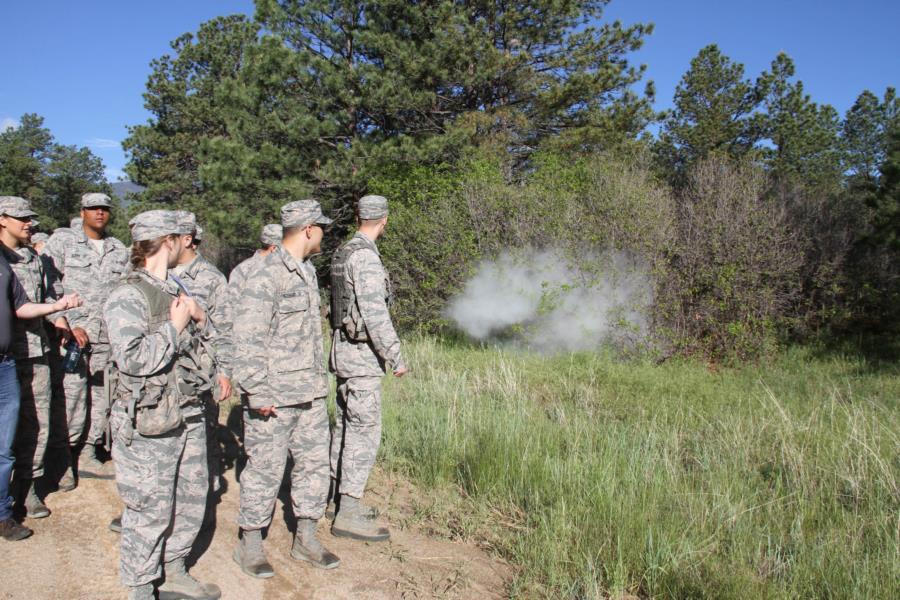 In weapon training, they learned how to break down and rebuild their guns piece by piece. They also learned how to hold their weapons properly for different stances; prone, kneeling assisted, kneeling unassisted and standing with an assault rifle, and proper stance with a pistol. They also learned how to un-jam a jammed rifle, as the guns they are working with are Vietnam era and often jam. After this training, they were able to go out onto the range and live fire the weapons that they had been working with. 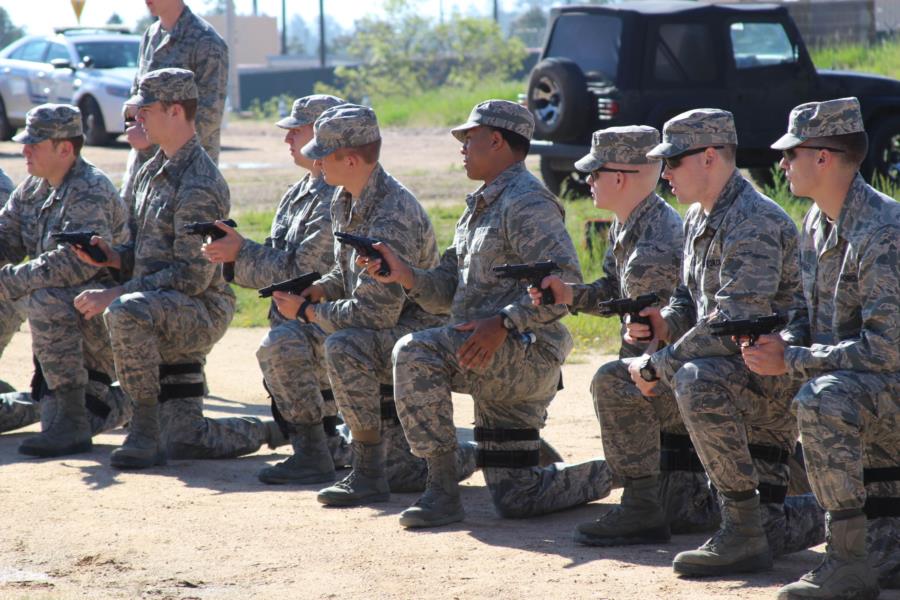 In MONT (pronounced "mount"), they learned how to maneuver around an urban area and where to look for enemy fire. They went through the range with training rifles first, then geared up and got paintball rifles. They headed out to secure a hostage. WebFox was down on the range with them, surprising them around several corners. They did well with not shooting the civilian that appeared suddenly! It was good training to remember to look up and around corners when in an urban area. 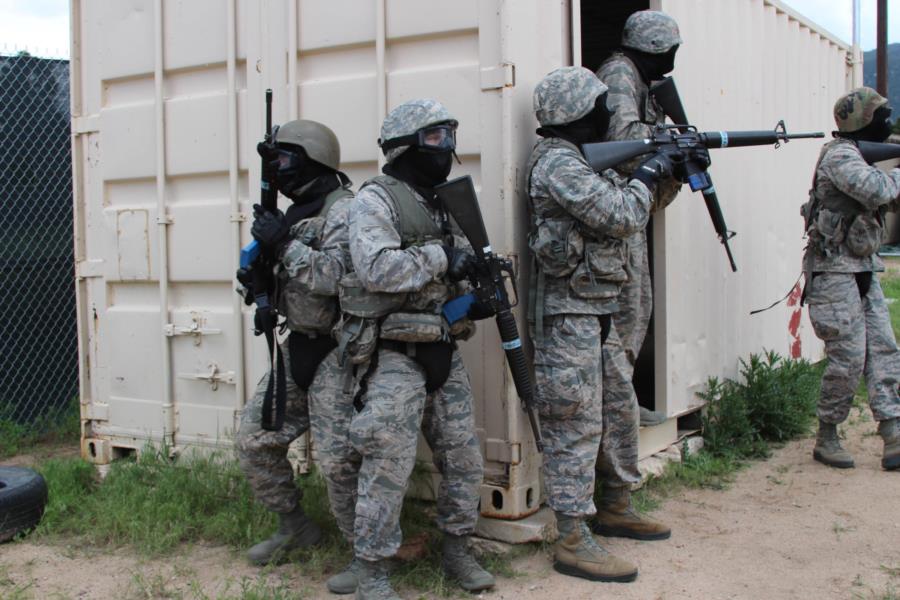 For Evading Training, well... they did really well. WebFox totally lost them! She saw them leaving, then coming, then lost them completely. The camo and training is working! That's why there aren't any pictures of them... they disappeared.

At the Shooting range, they were practicing with Handguns and Rifles. Starting at 5 Meters, then 15 Meters and furthest we saw was at 25 Meters.

Busy training day for these Cadets.