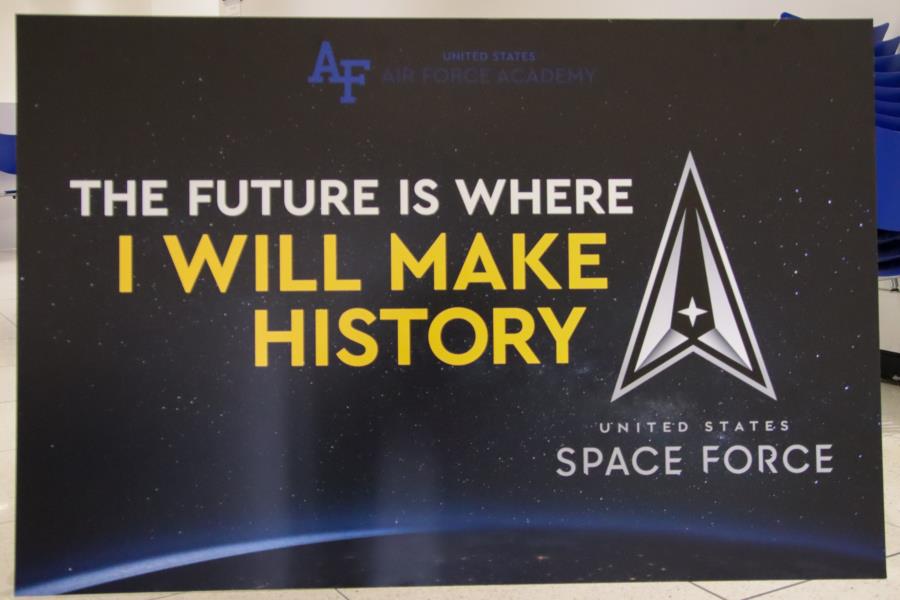 Let the all briefings, counseling sessions and All Calls begin!!! Throughout your 4*s cadet and military career they will attend countless briefings and this Space Force Familirization brief is no different.  Here are some interesting facts regarding Space Force.

Provide a foundational understanding of the Space Force and space operations, innovative space-based technologies and opportunities at USAFA and the USSF.  Ensuring all cadets have a solid understanding and foundation from the very beginning is crucial...On 18 April eighty six graduates from USAFA celebrated receiving their diplomas and moved directly into the U.S. Space Force, marking the first infusion of commissioned personnel into the new service since its creation last year.

The U.S. Space Force (USSF) is a new branch of the Armed Forces. It was established on December 20, 2019 with enactment of the Fiscal Year 2020 National Defense Authorization Act and will be stood-up over the next 18 months. The USSF was established within the Department of the Air Force, meaning the Secretary of the Air Force has overall responsibility for the USSF, under the guidance and direction of the Secretary of Defense. Additionally, a four-star general known as the Chief of Space Operations (CSO) serves as the senior military member of the USSF. The CSO is a full member of the Joint Chiefs of Staff.

The USSF is a military service that organizes, trains, and equips space forces in order to protect U.S. and allied interests in space and to provide space capabilities to the joint force. USSF responsibilities include developing military space professionals, acquiring military space systems, maturing the military doctrine for space power, and organizing space forces to present to our Combatant Commands.

The new, independent U.S. Space Force will maintain and enhance the competitive edge of the DOD in space while adapting to new strategic challenges.

Ground-based and space-based systems monitor ballistic missile launches around the world to guard against a surprise missile attack on North America. A global network of space surveillance sensors provide vital information on the location of satellites and space debris for the nation and the world. Maintaining space superiority is an emerging capability required to protect U.S. space assets from hostile attacks. 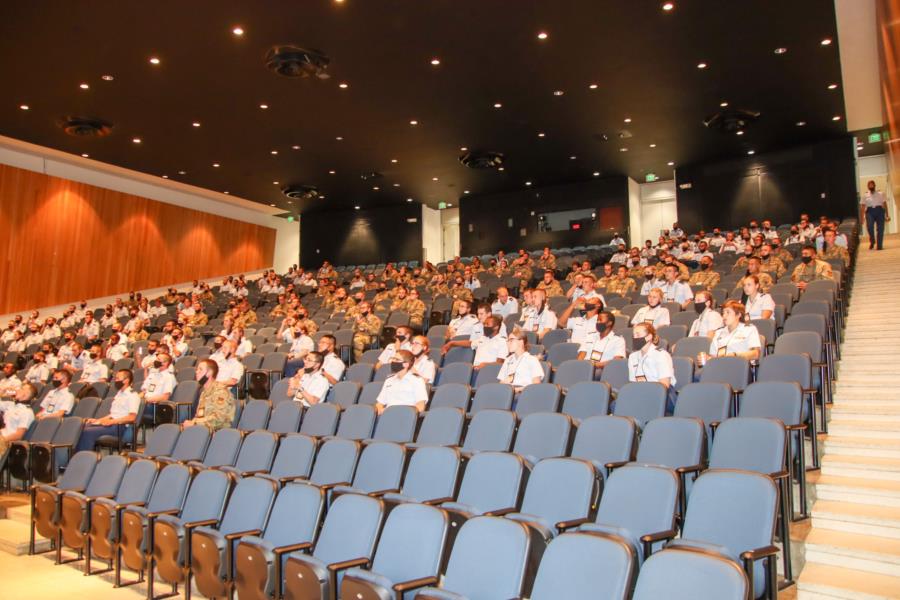 EXECUTIONERS AND FLYING TIGERS did not go to this briefing during transition week and will attend during the academic year.