Oh boy did we get a treat today! Earlier, we received an email from parents of a 2019er who had a photo they wanted to share. The abbreviated story is the were at an airshow in New York last week (one was flying in it!) and the Thunderbirds were at the airshow too. When the Thunderbirds landed, they were able to talk to them and tell them their daughter was currently going through BCT here at USAFA. After this, they got a great photo of all of them holding this sign: 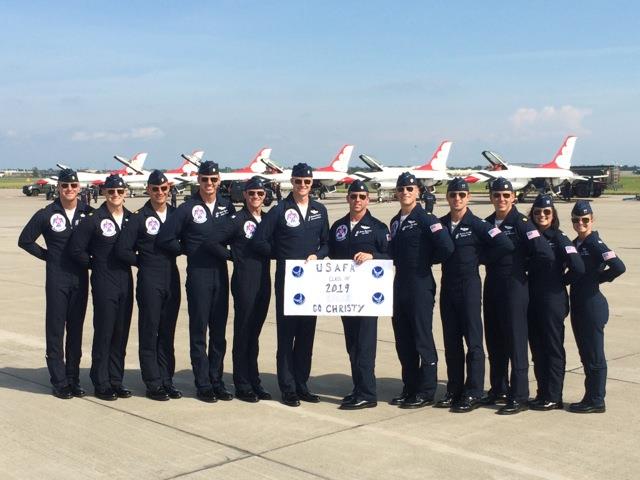 The Thunderbirds all pass along their support and encouragement to the Class of 2019. Many thanks to the Commanding Officer of the Thunderbirds, Col Hammond (who is holding the sign) and to Mick and Joanna T for sending this in!