On Inprocessing Day, if you had the chance to come to Doolittle Hall you most likely heard the following two people speak; Gen Williams, the Commandant of Cadets at USAFA and Mr. Thompson, the CEO of the AOG gave welcome speeches to parents and appointees alike. Click the two videos below to hear what both of them had to say.

After your Basics made their way through Doolittle Hall and back outside, they stopped along Heritage Trail and were shown the Memorial Wall where a Cadre talked to them about sacrifice and brief history of those who came before them, 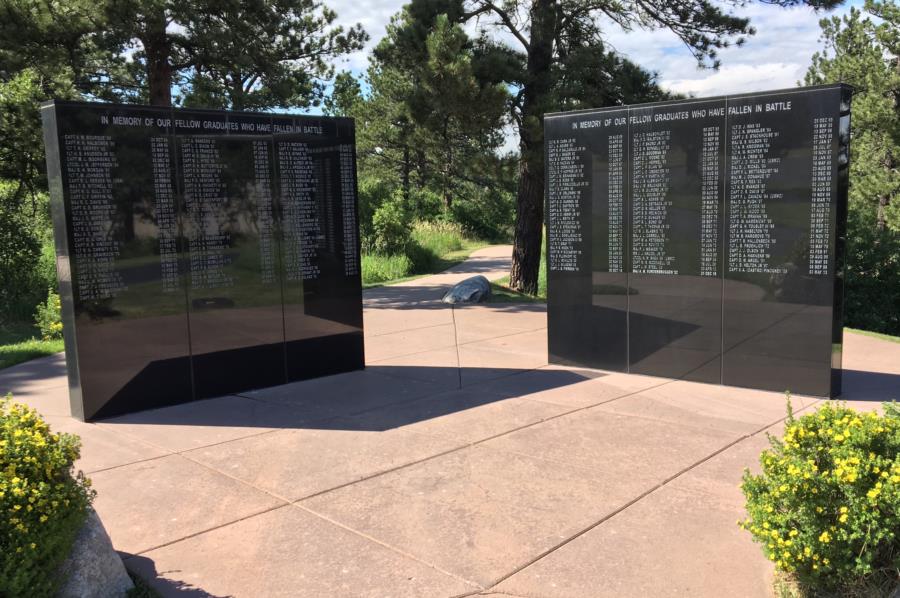 They were then lead to the Challenge Bridge which was dedicated and funded by the Class of 1959, the first class to Graduate from USAFA.

A Graduate of the 1959 class greeted them, welcoming them into the Class of 2020 and spoke to them briefly about how every Cadet before them has done the same thing that they are about to do; pledging their lives and making this commitment to the military and walking over the bridge to enter their new life into the United States Air Force Academy. 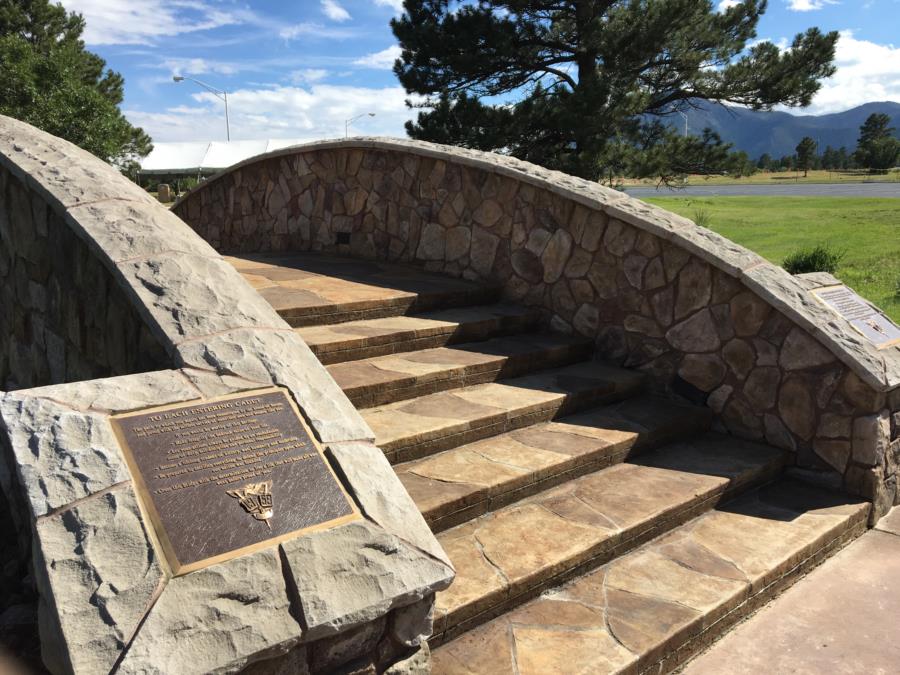 The Plaque they are asked to read says the following;

To each entering cadet:

The path to which you aspire has been consecrated by the blood of heroes and paved with the selfless service of countless men and women like you. If you would be worthy of this heritage:

Make integrity the bedrock value of your life

Let your actions always be guided by an unshakeable sense of duty, self-discipline and personal responsibility

Become a lifelong student of history, war, humanity and leadership

Cross this bridge with the determination to live a life that will make all who went before proud of you.

Once the Basic's left Doolittle the real "fun" began. From the bus ride up to the Academy and their first steps onto the Cadet Area. Cadre at the Footprints teach them how to properly stand at attention and go over the 7 basic responses. Here is a quick glimpse at what it was like for them once they got to the Footprints, their first of many stops on I-Day at the Academy.

Yesterday, in the midst of their many briefings and surveys our photographers were out on the Tzo during Cadet Issue after lunch. We were able to get a video of a Flight of Basics marching by. You can already see how much they've learned since Thursday! Over the course of BCT they will continue to practice their marching, formation, saluting and more with the help of their Squadron and Flight Cadre.

In the coming week we will be getting coverage of many different activites from their first Intramural, to shopping at the C-store (Cadet Store) where they will buy things like an iron and ironing table to make sure that their uniforms are always in pristine shape and other items that they weren't able to bring with them when they arrived on Thursday.

We will also be catching glimpses of some of the Squadrons at the Dentist and starting this year Doolittle Hall will be providing Southeast Asia Memorial Tours to the Basic's, to teach them about their Military history and the sacrifices made by those who came before them.

Tomorrow our photographers will be out in full swing getting more coverage of your Basics so stay tuned.

Happy 4th of July from all of us here on the WebGuy Team!