Recently the Wisconsin Parents Club hosted their 2nd Annual Wisconsin Night at USAFA. Last year was their first state night and they had the unique opportunity to host their event at the Dean’s house, who was originally from Wisconsin. This year the event was hosted in Arnold Hall with 68 Wisconsin cadets in attendance and 104 guest cadets from other states.

At the start of the event, cadets were welcomed by the Wisconsin Parent Club and checked in. During check in cadets were given raffle tickets to win prizes throughout the night. They were able to put their tickets in bags to try and win particular prizes. After everyone was all checked in, the cadets headed downstairs for Wisconsin comfort food! On the menu for the evening was pizza (lots of cheese), hot and cold cheese curds, summer sausage, and for dessert, Culver’s custard and kringle. 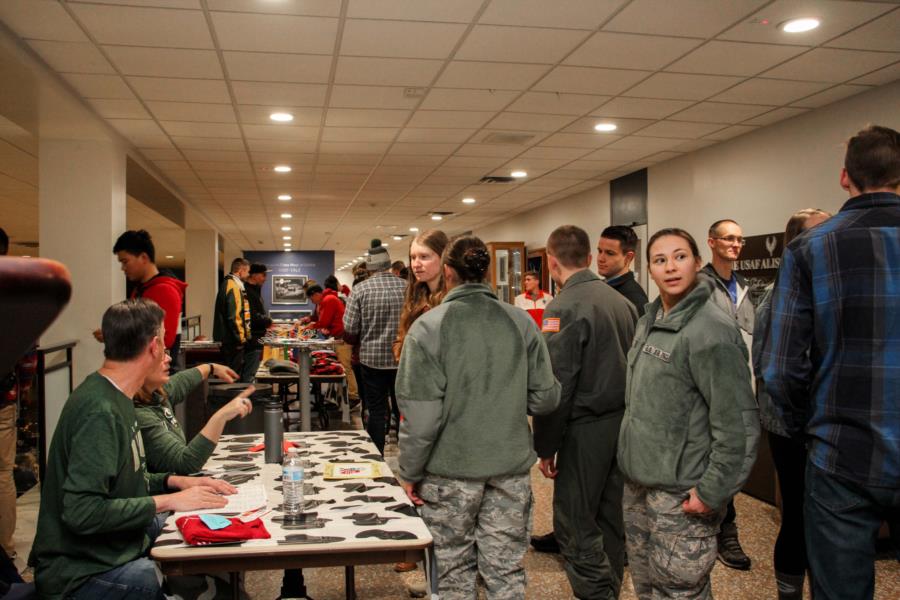 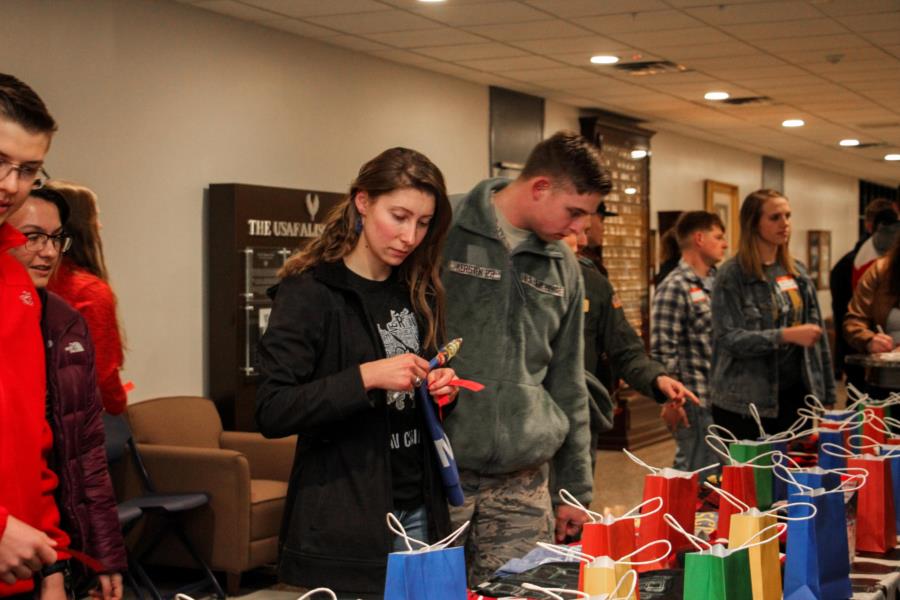 “Wisconsinites are affectionately known as "Cheeseheads" so they love all things cheese. Cheese pizza and cheese curds (both hot and cold) were on the menu.  Culver’s is a Wisconsin company known for its custard (like ice cream, but better). Kringle is the official state pastry of Wisconsin. It's a thin, oval shaped pastry.” - (Renee Riddle, Wisconsin Air Force Academy Parents Association (WAFAPA) President) 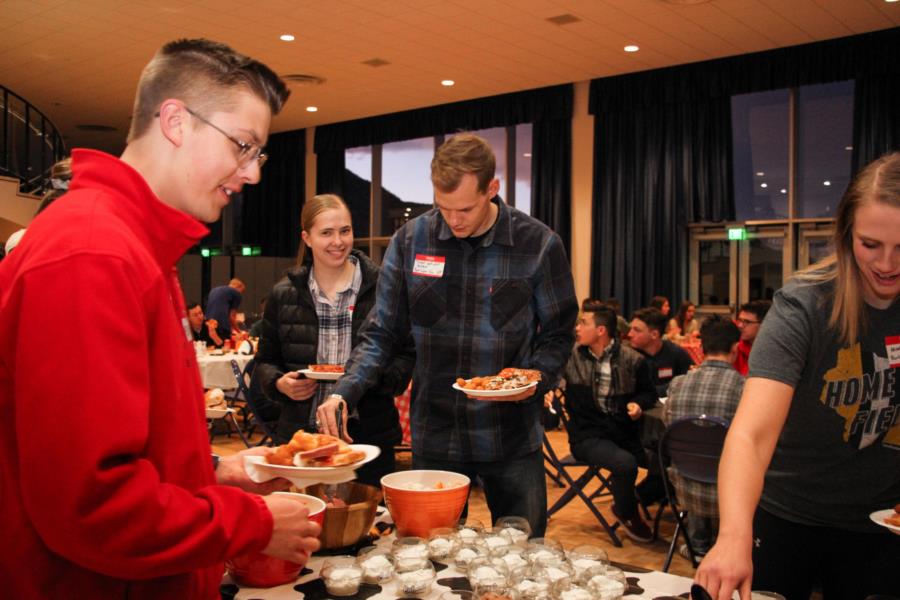 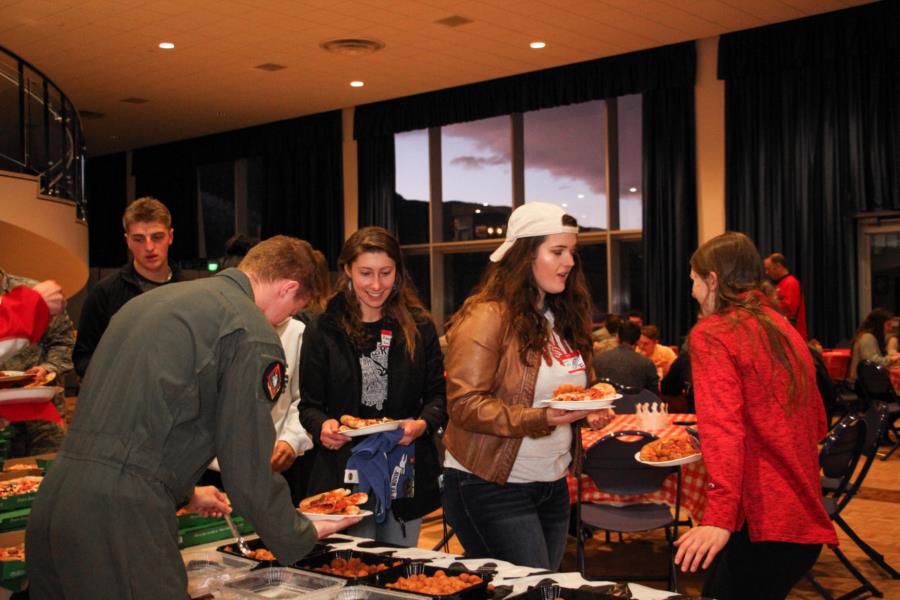 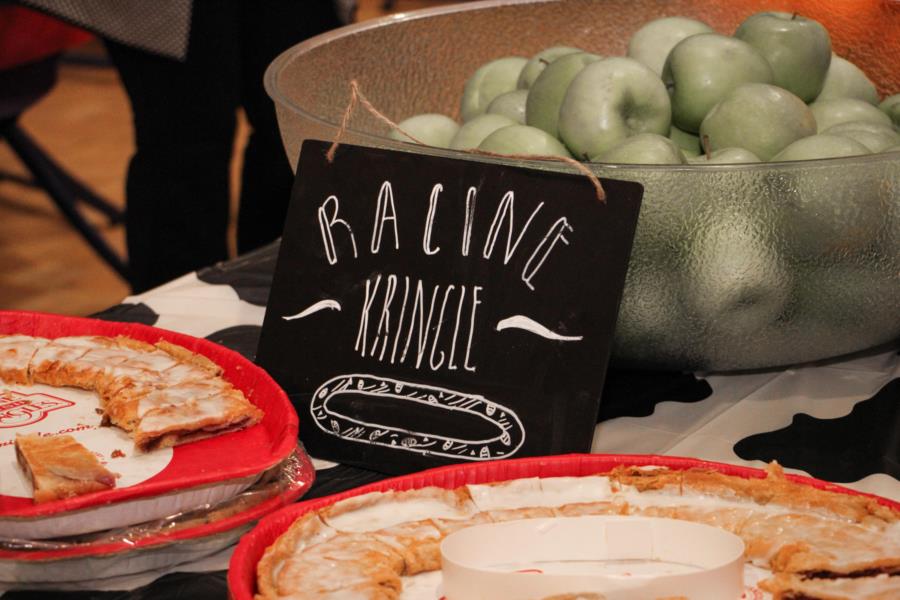 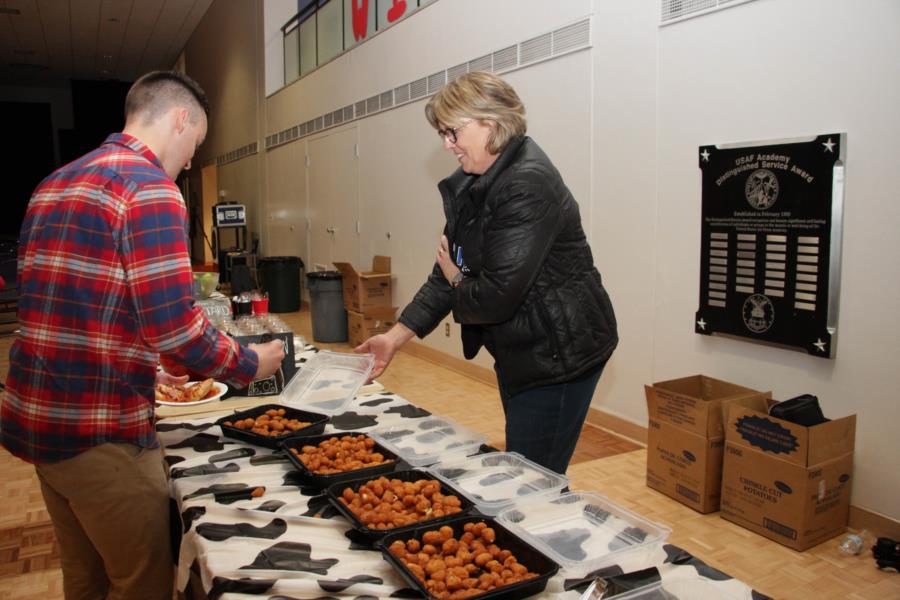 Once everyone finished eating, the entertainment started. This year the club brought in a comedian, Charlie Berens, who is known for his “Wisconsin” humor.

“Charlie Berens created a show called The Manitowoc Minute. It’s a parody newscast hosted by a fictional Wisconsinite with a heavy northern Wisconsin accent. They found out Charlie was performing in Denver and he agreed to come to Colorado Springs a day early so he could perform at the Air Force Academy for the Wisconsin cadets! Charlie is a big supporter of the military and ends every Manitowoc Minute with a salute to the troops. He also recently released a viral video with other YouTube stars called Husbands of Target.” - Renee Riddle, Wisconsin Air Force Academy Parents Association (WAFAPA) President. 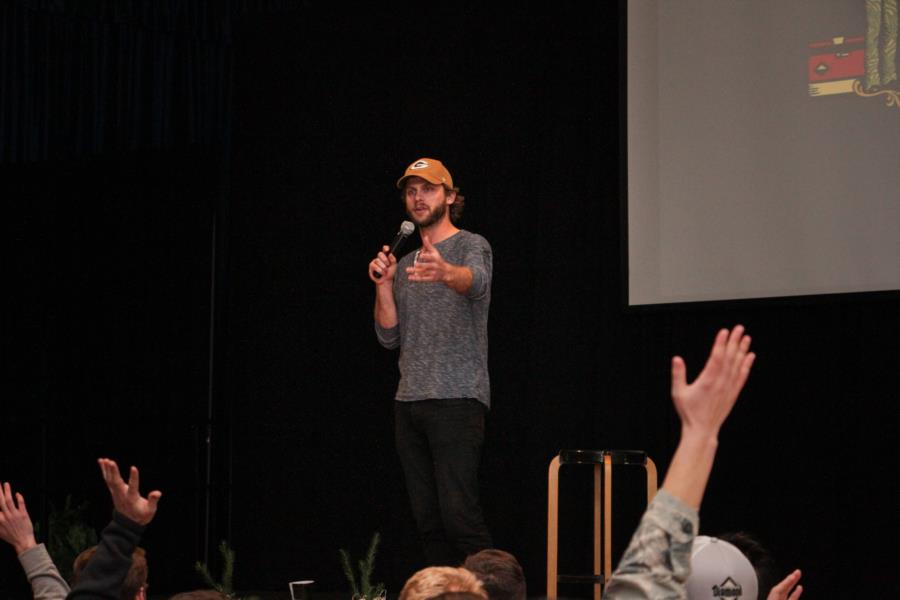 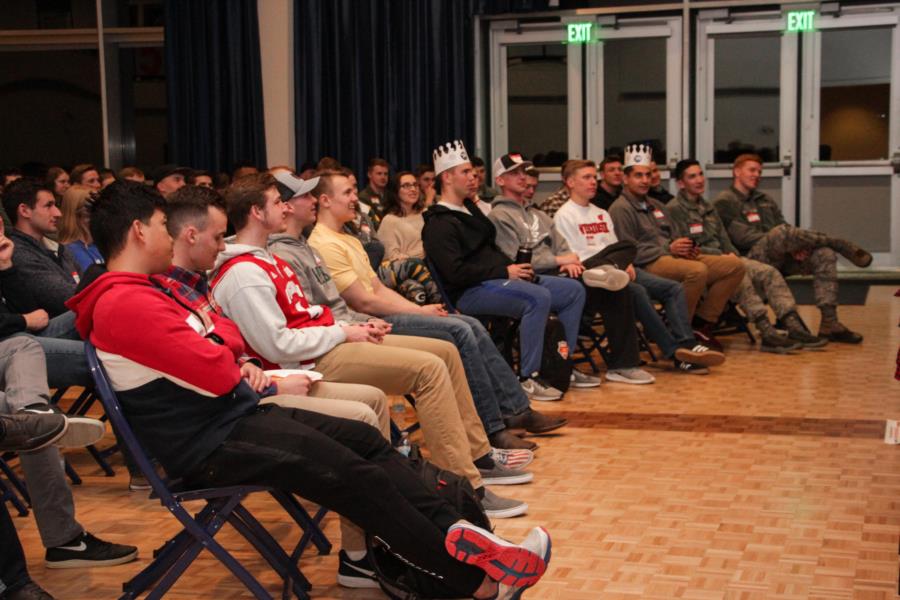 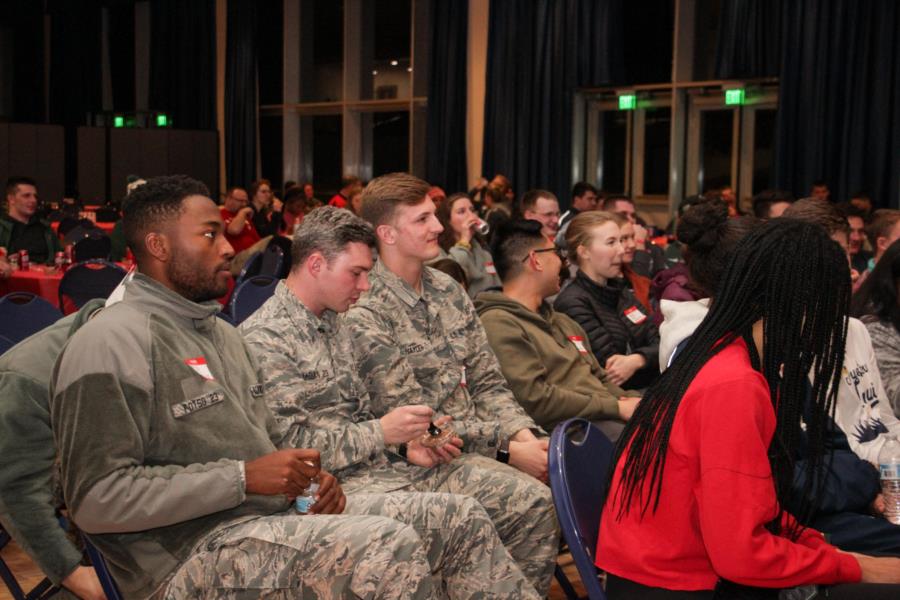 The show lasted a little over an hour and was nonstop laughter. Even though we are not from Wisconsin, we had to put down the camera a couple times because we could not stop laughing. Definitely a great addition to the night and left everyone on a high note. Afterwards, the Parents Club raffled off the rest of the prizes all themed around Wisconsin. A lot of preparation and thought went into this night and you could tell the cadets had a great time and felt right back at home…there were no cheese curds left behind. 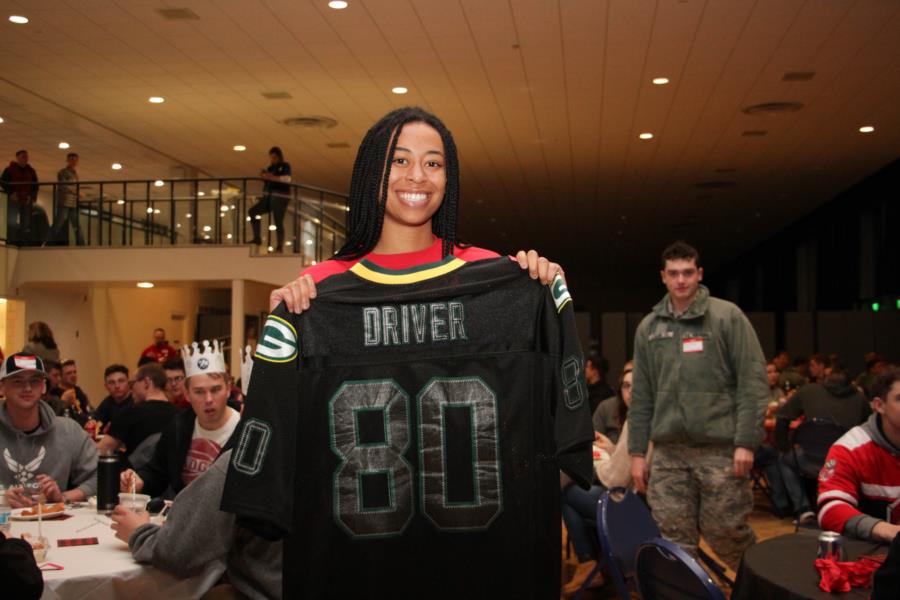 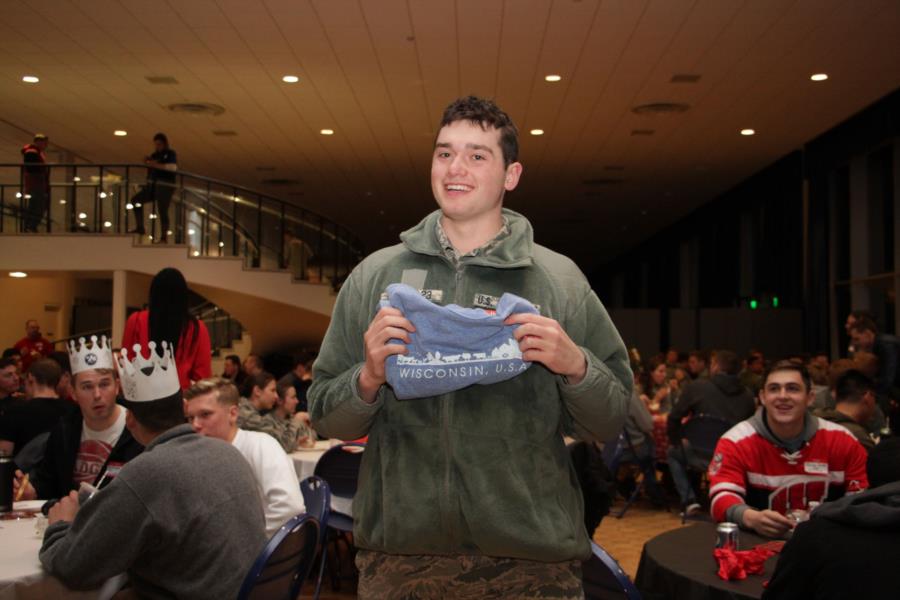 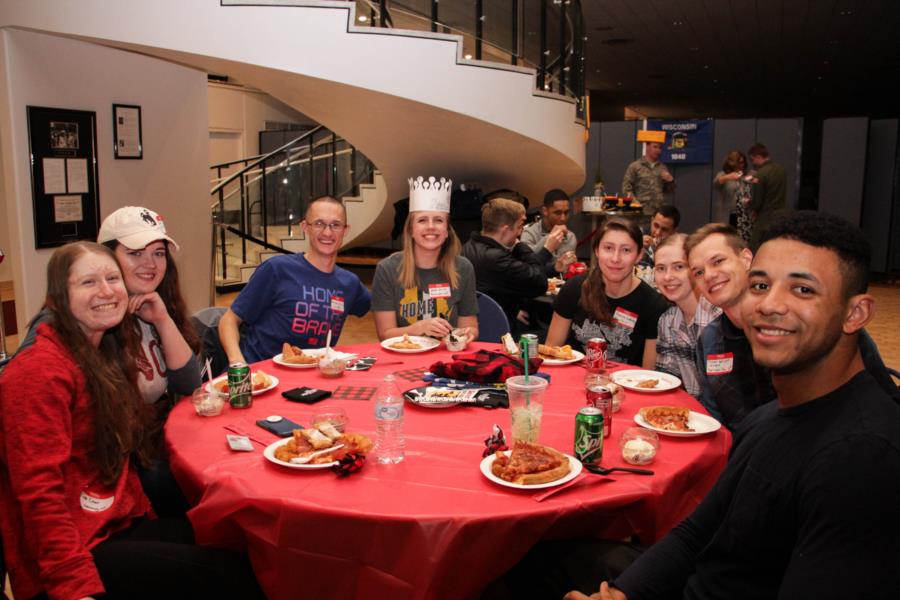 “Wisconsin pride is real and we are thrilled to share it with USAFA. We had such a great experience with our first Wisconsin Night that we are now mentoring other Wisconsin families from the Naval Academy to start a Wisconsin Night there.” - Renee Riddle, Wisconsin Air Force Academy Parents Association (WAFAPA) President

To view all the photos from this event, go to, Galleries > Extracurricular > State Nights or click on the link below.