Heritage Day at Doolittle Hall for Cobras and Demons

All squadrons will be going to Doolittle Hall for a Heritage Day.  Cobras and Demons were the first two squadrons to attend Heritage Day this past Sunday.  Two more Heritage Days are scheduled for the remainder of the squadrons.

The Basics entered Doolittle Hall where they had a short briefing from Ret. Gen Mike Gould, CEO of US Air Force Academy AOG & Foundation.  And Marty Marcolongo, President and COO of the Association of Graduates.  The Basics were given a brief history of the Academy, the Heritage of the Air Force, and of the 'Long Blue Line' they will soon become a part of. 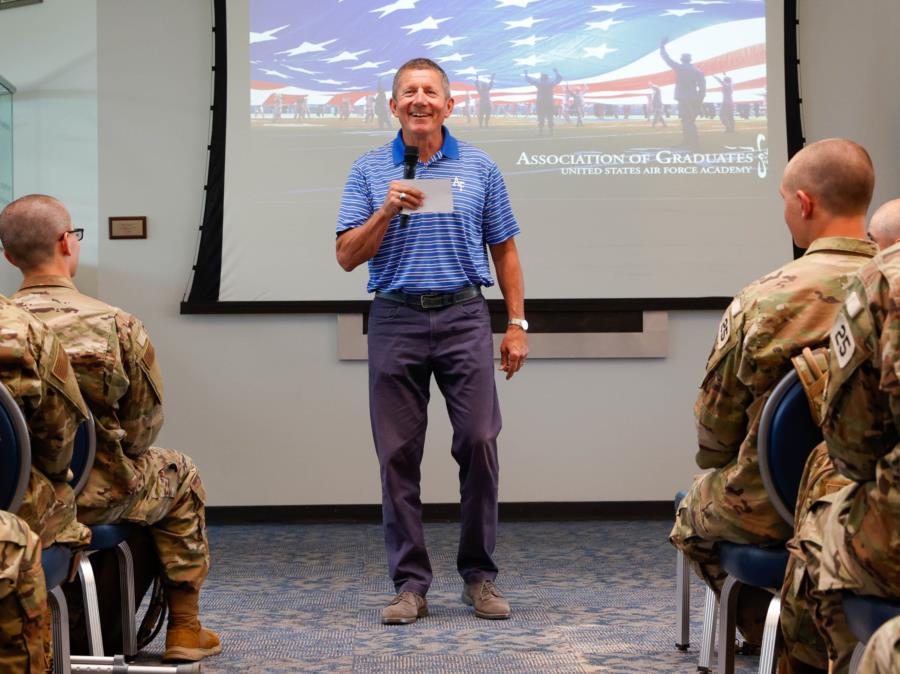 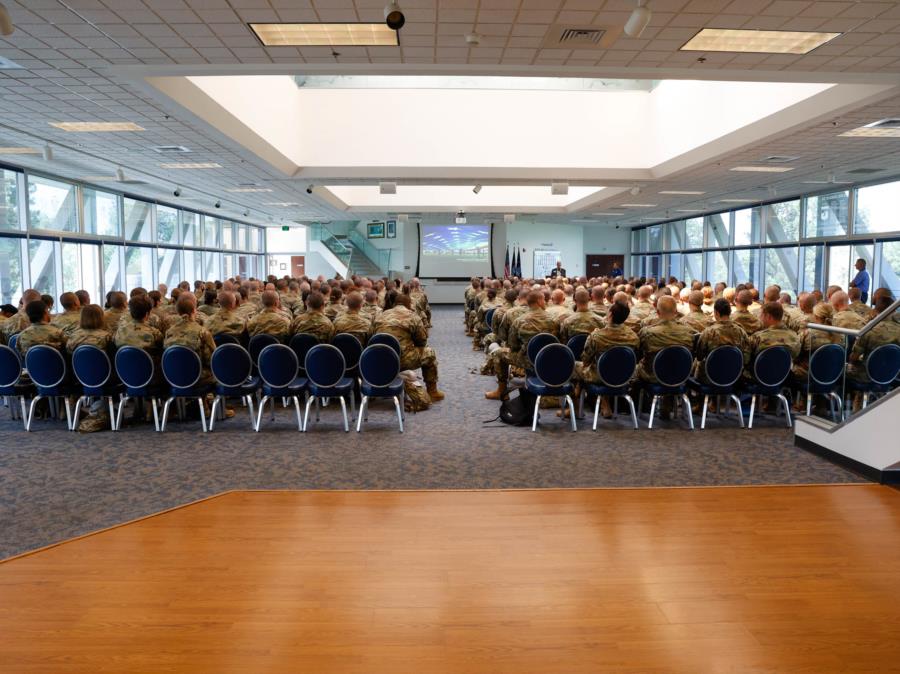 They were invited to go outside and meet with members of the Class of 1959 who issued their challenge to them and escorted them across the bridge for their first picture as being the newest class to enter the academy. 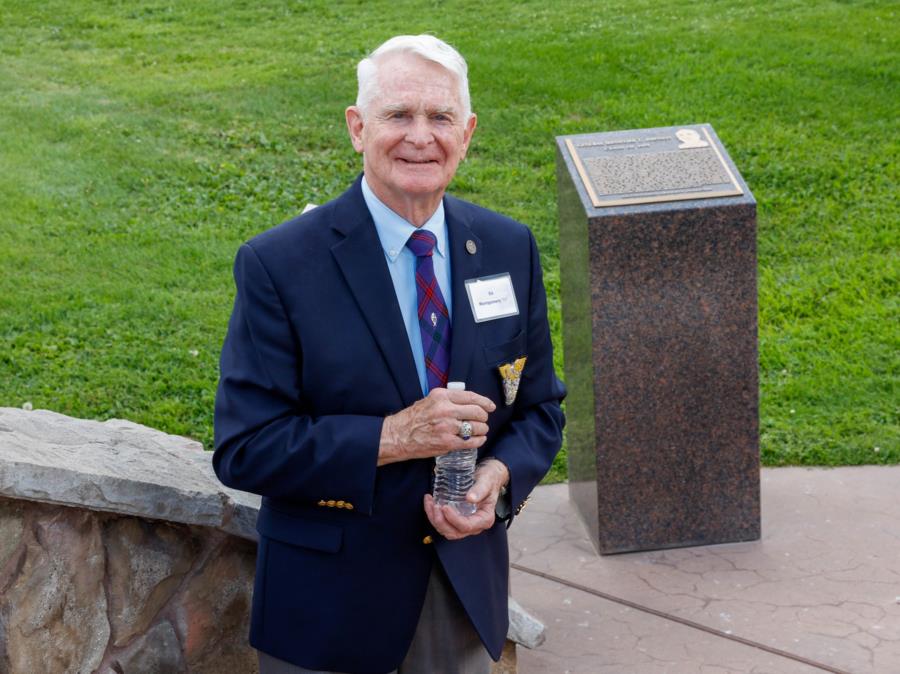 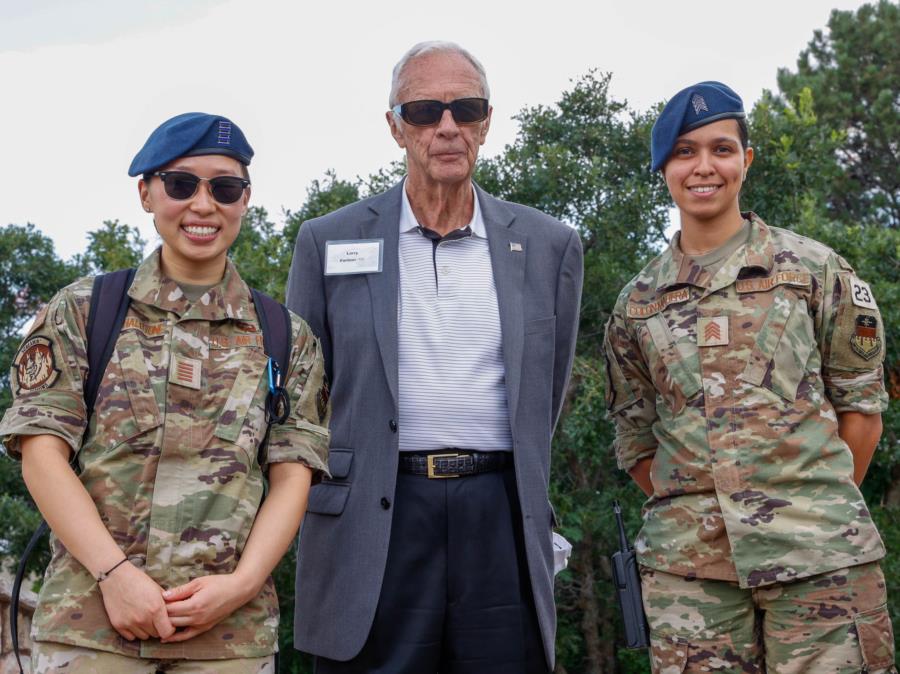 At the Class Memorial Wall replica (the actual one is inside the Cadet Area), they learned about the ulitmate sacrifice of graduates in combat. Those that were killed in action. The trail has plaques that tell of the Heritage, Honor and Valor of Graduates. 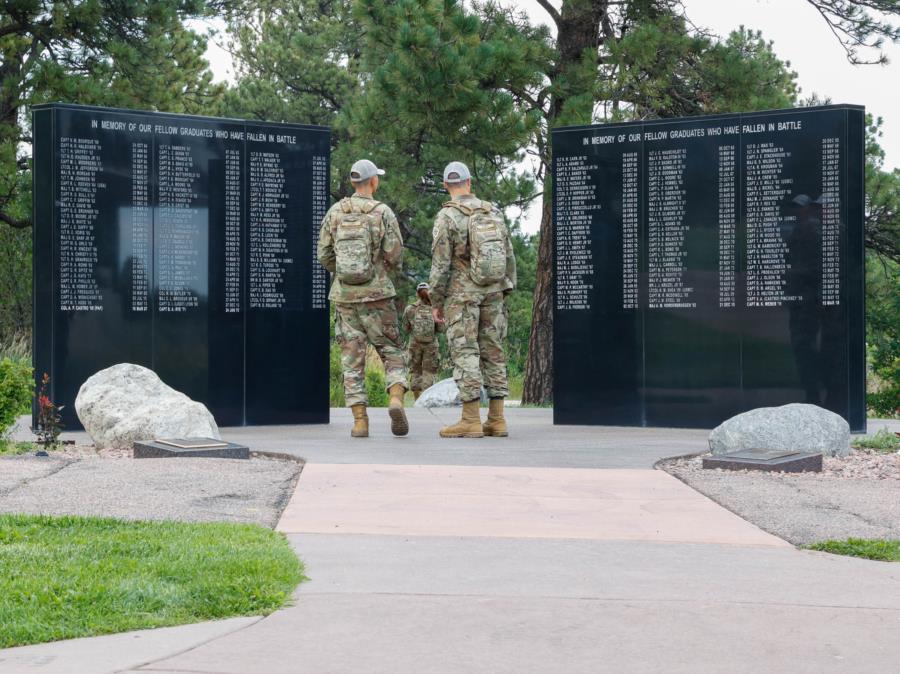 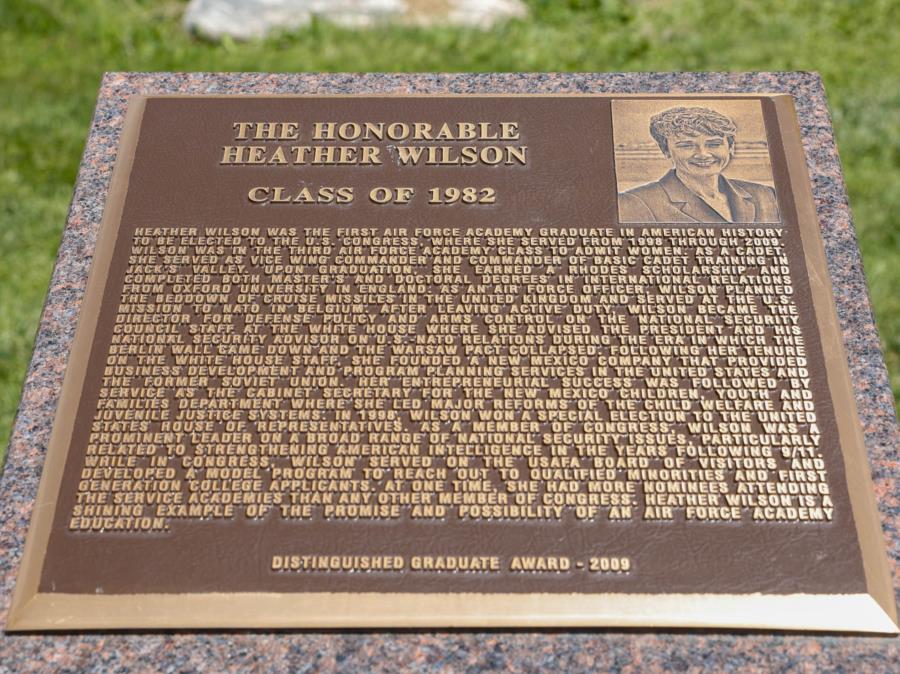 Kevin Shea, a 1989 graduate who cross commissioned to the Marine Corps and was killed in Irag.  He has a bronze statue on the Heritage Trail honoring his bravery and valor.  Fellow graduate, classmate and friend, Bruce Beyerly was there on Sunday to tell the Basics Keven Shea's story. 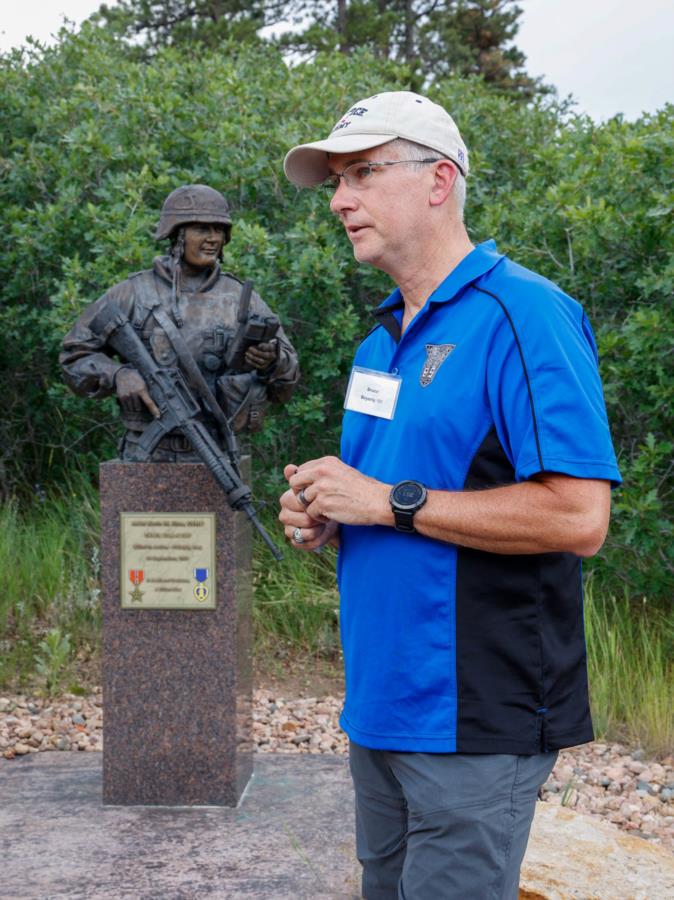 At the bottom of the trail they found members from a variety of classes from the 1960s and 1970s to learn about the Academy’s role in South East Asia. There are plaques on the outside walls of different squadrons listing their accomplishments in during the war in Asia. There are also plaques by Graduating Classes listing those classmates that gave their lives in combat. 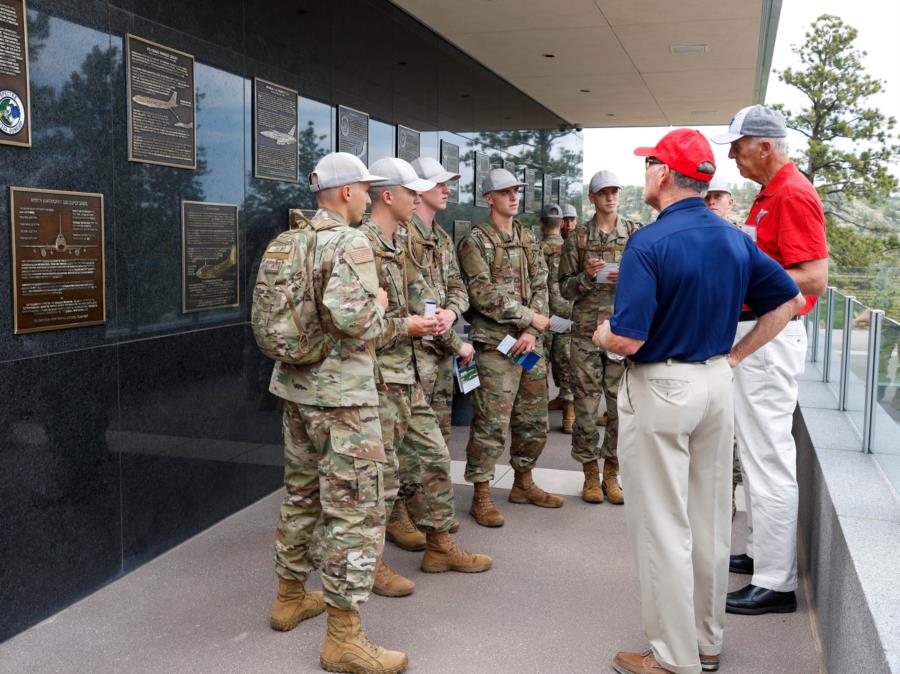 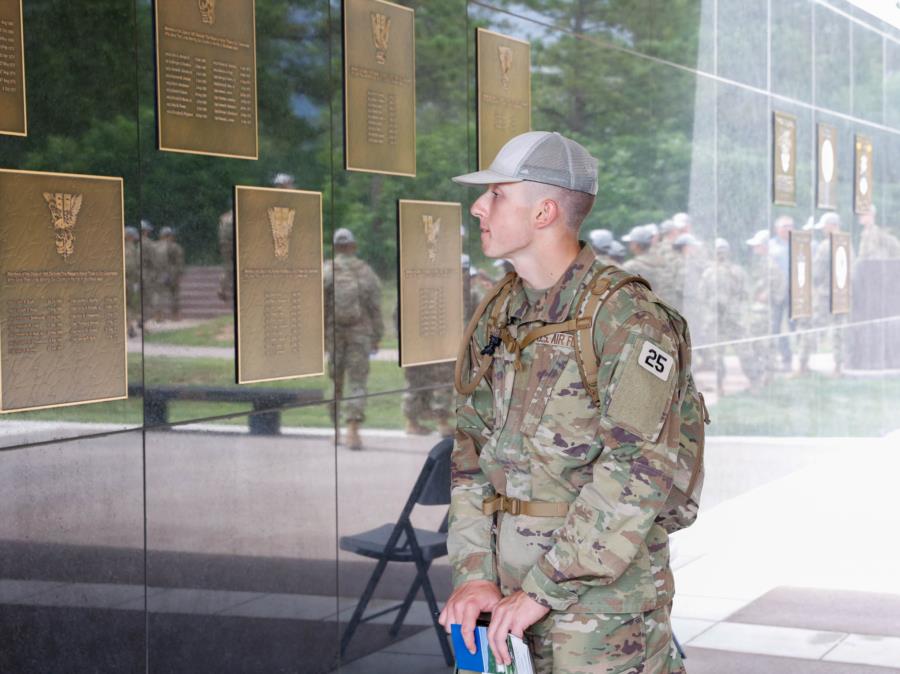 Inside there is a large wall map of Asia showing where the conflicts in Asia were and where our military was deployed. There are interactive screens and videos with information on the various conflicts in Asia. 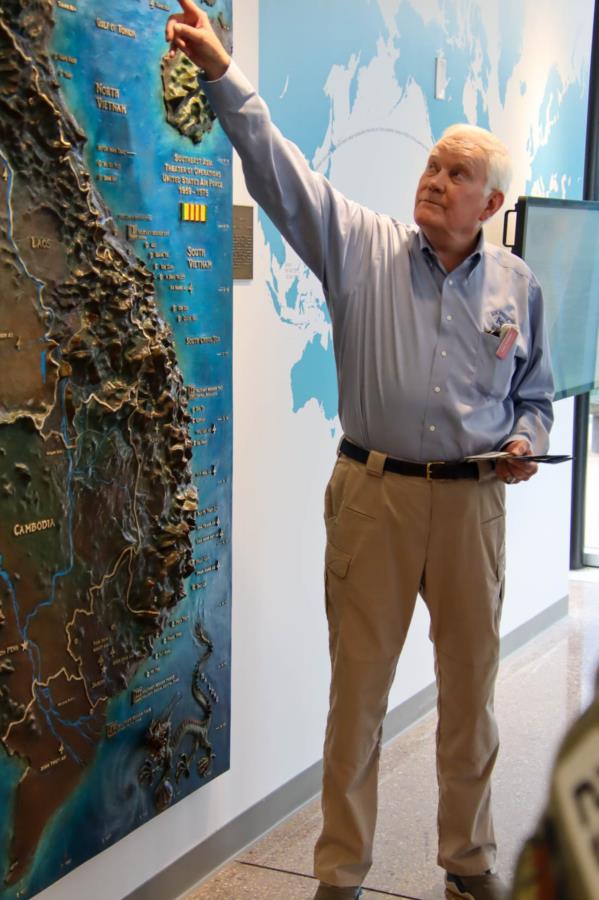 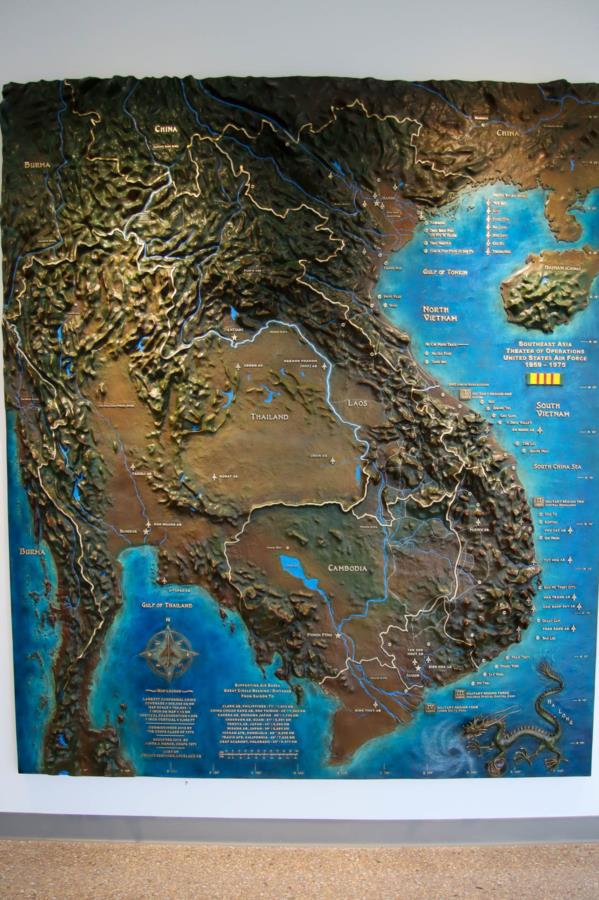 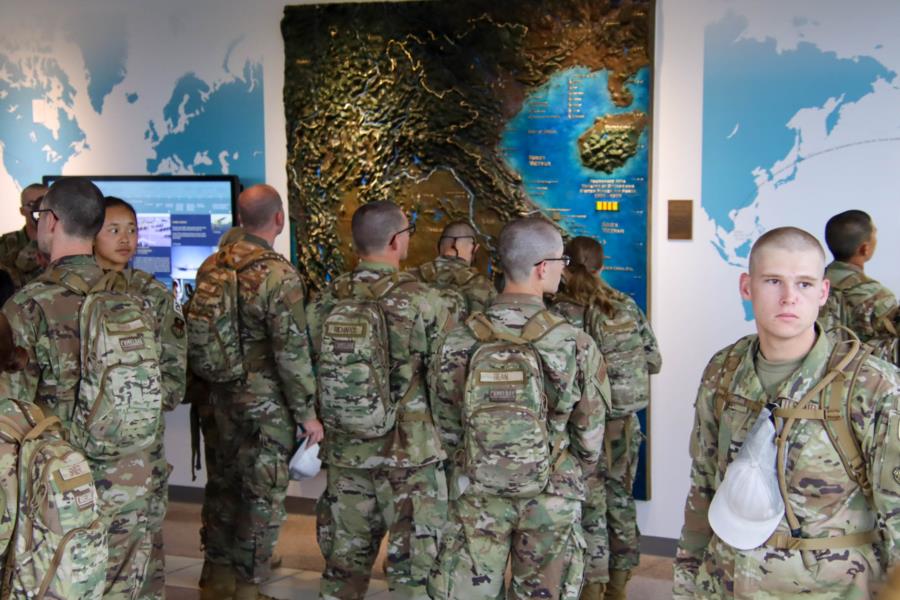 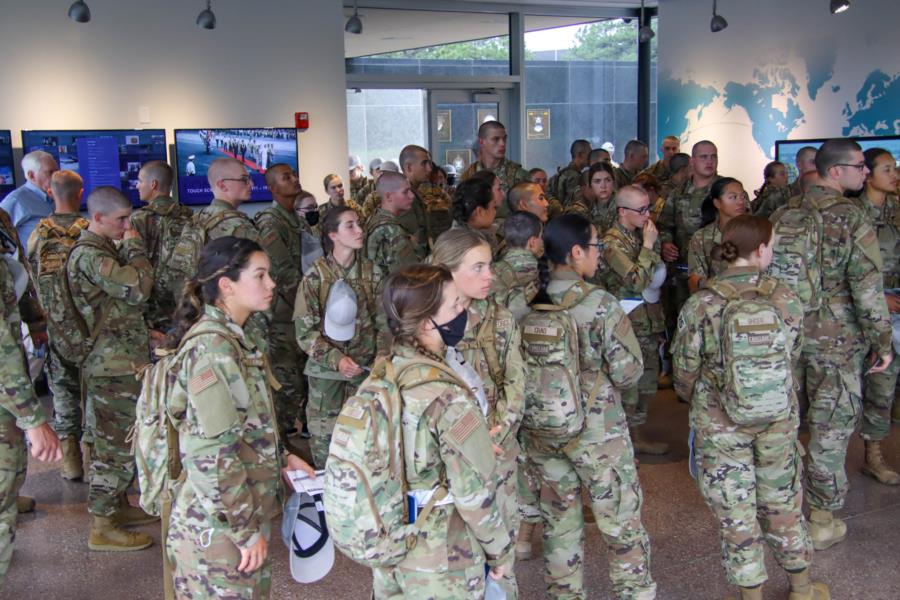 One of the most memorable areas is the Plaza of Heroes where the bronze statue of Capt. Lance P. Sijan is located.  Capt. Sijan was a pilot who lost his aircraft in Vietnam.  Sijan struck the trees and then the granite slope in the darkness. The combination of the explosion, the ejection, and impact with the mountain left him badly injured. He had a compound fracture of his left leg, a skull fracture, and a concussion. His right hand was mangled, with the fingers bent backward. He lay on the mountainside, amid high trees, about three miles northwest of the Ban Loboy Ford. Sijan was able to evade capture for 46 days.  Sijan was captured, but several days later managed to escape, only to be recatured a day later.  Sijan was later moved to "Hanoi Hilton" and soon afterwards died from his injuries and pneumonia. 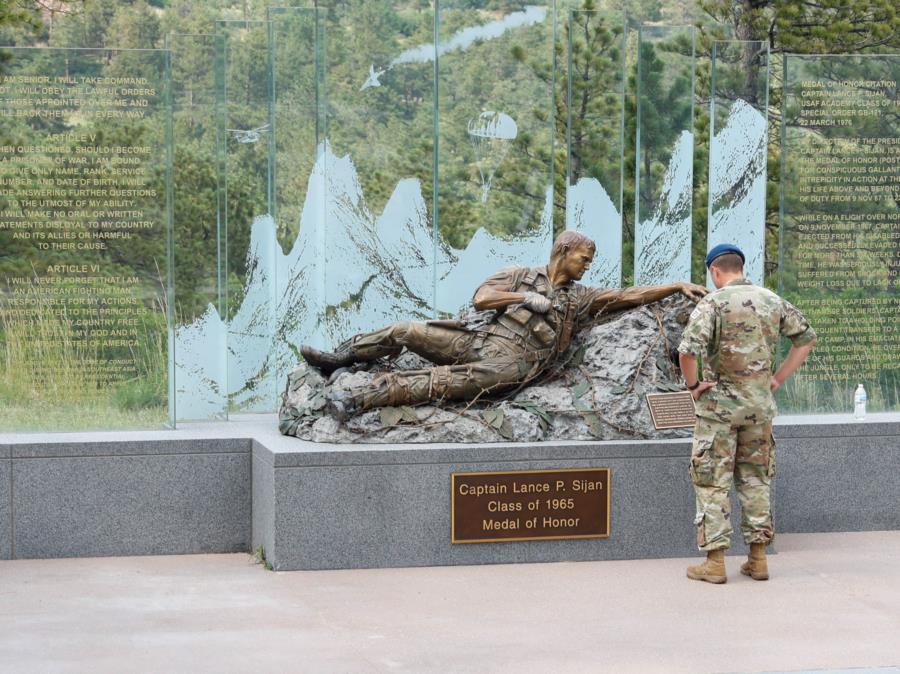 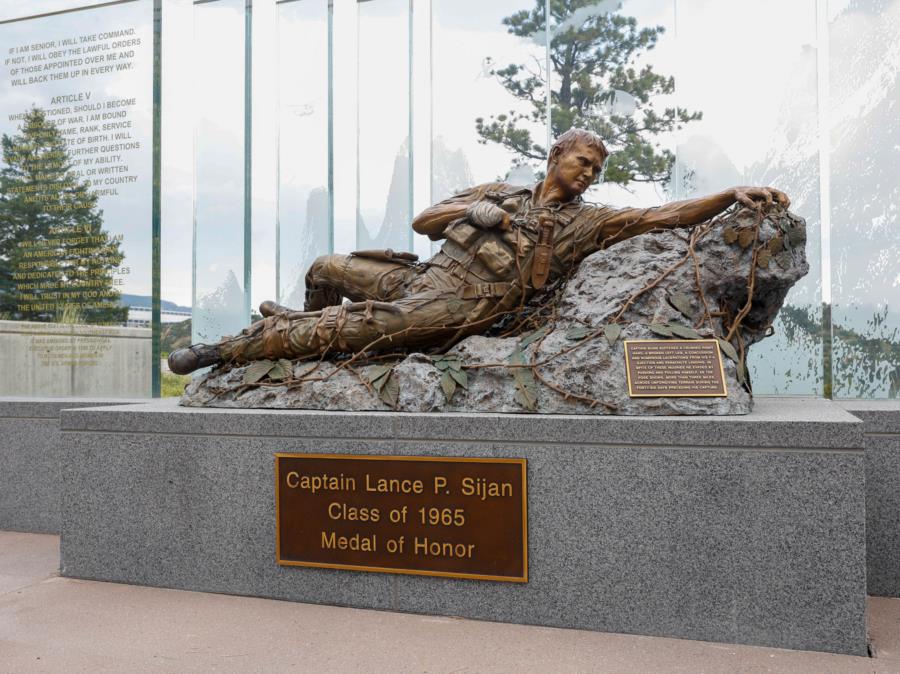 Basics left with the knowledge of Air Force history, a better understanding of the career they would soon be entering into and what will be expected of them at the Academy and in the military, and the empowerment from graduates that they are welcomed in the Long Blue Line and will be supported throughout their career at USAFA. 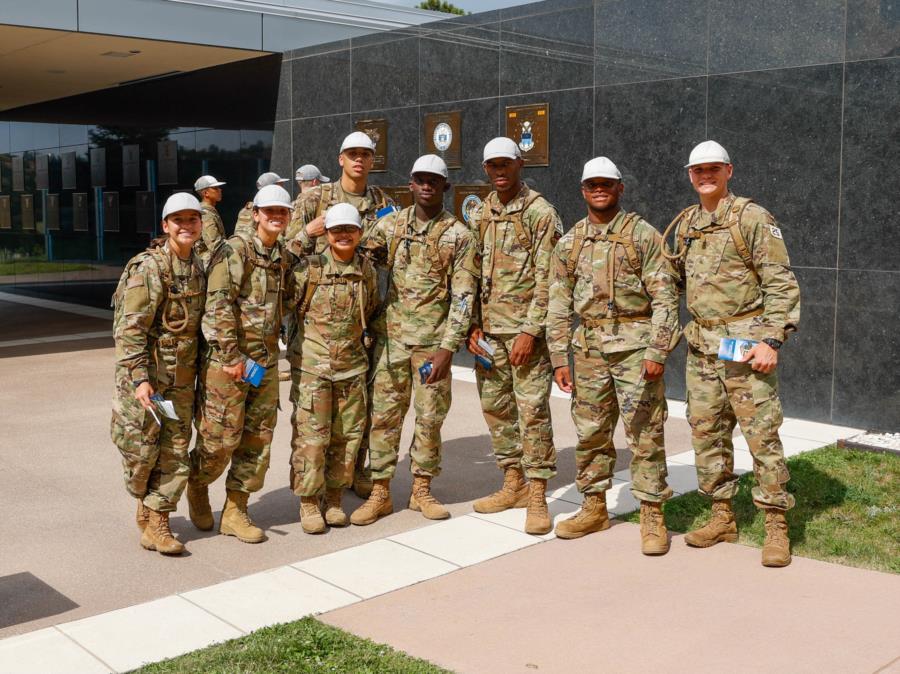 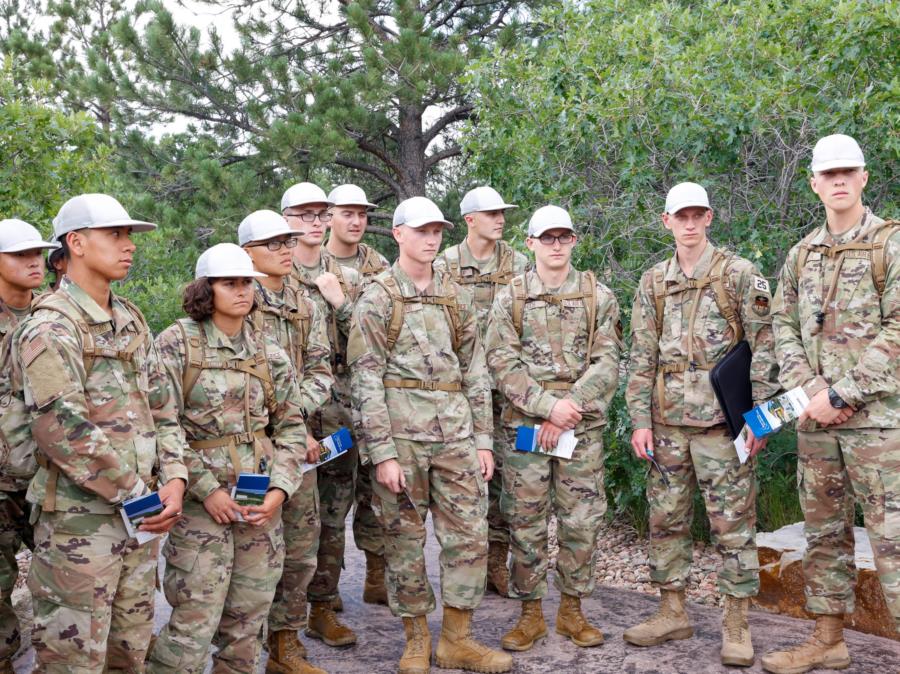 To view photos, go to CLASSES > 2025 > BCT-1 > ALL. Set photo order OLDEST to NEWEST. Select your start page. Or click on the link below.

***Photo order must be set OLDEST to NEWEST prior to selecting your start page in order for the link to take you to the correct start page.

To view Squadron Flight photos, go to CLASSES > 2025 > BCT-1. Select your squadron. Set photo order OLDEST to NEWEST. Select your start page. Or click on the link below.