Recognition - Run to the Rock

Before the “Run to the Rock”, many of the squadrons were out on the Terrazzo and Quads getting some physical fitness in. 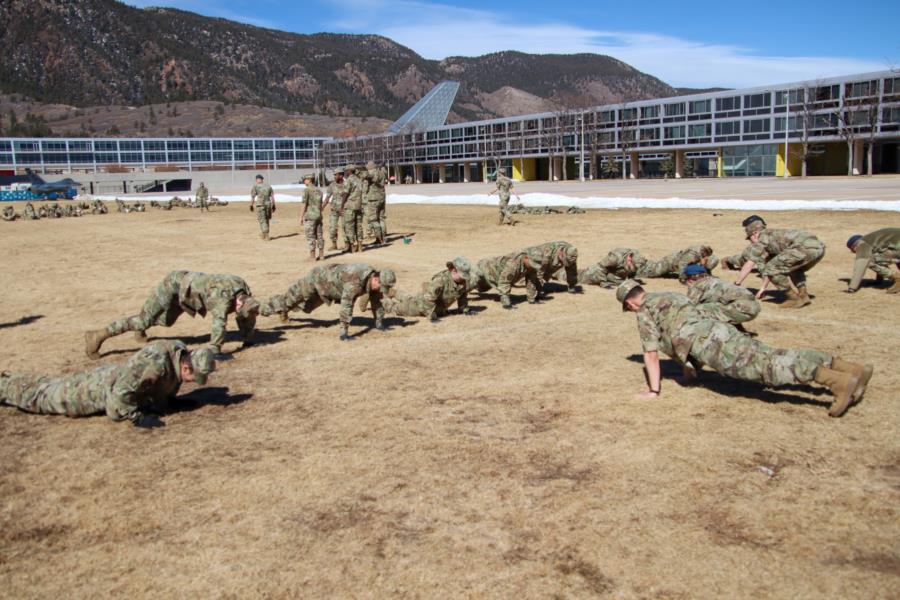 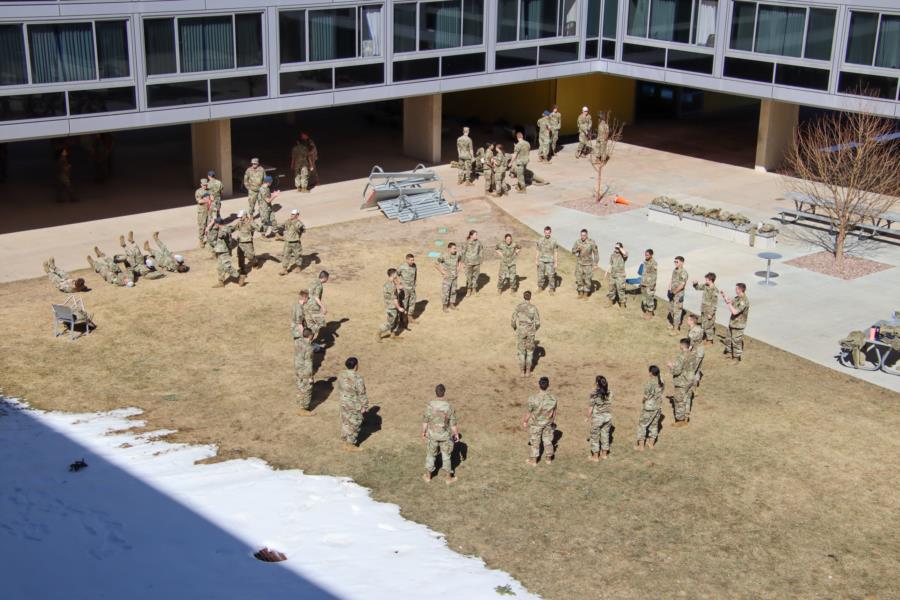 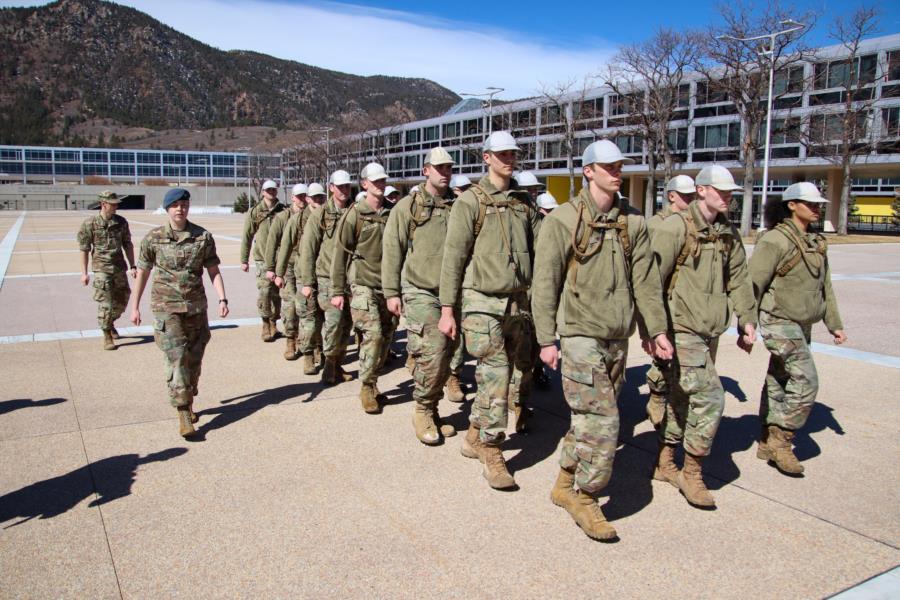 The warmups were followed by the “Run to the Rock.” The Run to the Rock is an event to signal the successful completion and the Fourth-Class Cadets’ transition within the Cadet Wing.  All squadron formations, consisting of First and Fourth Class Cadets, formed up on the Terrazzo and did a double-time march down the Core Values Ramp, through the Athletic Fields, to an area near Cathedral Rock.  The trail along the way was quite muddy with all the melting snow from the Thursday. 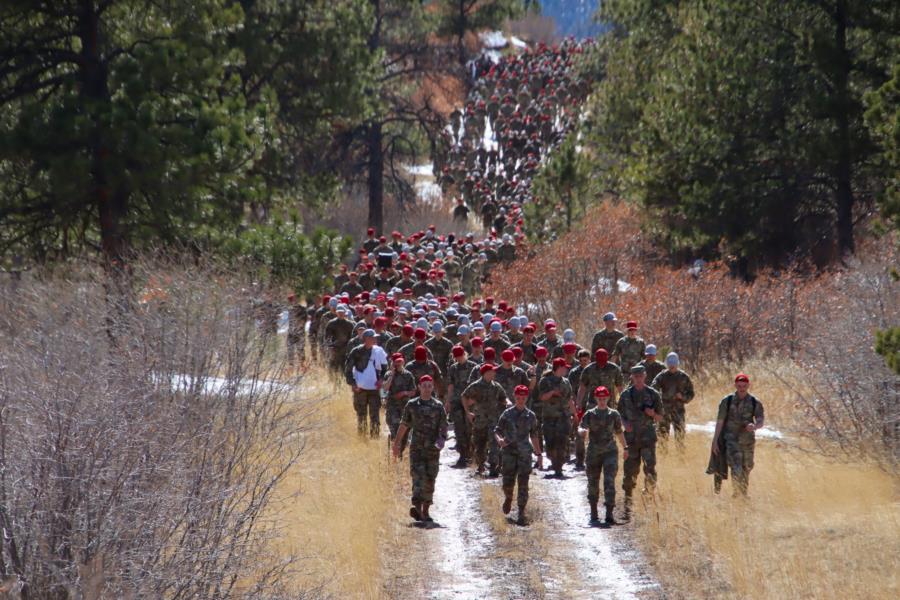 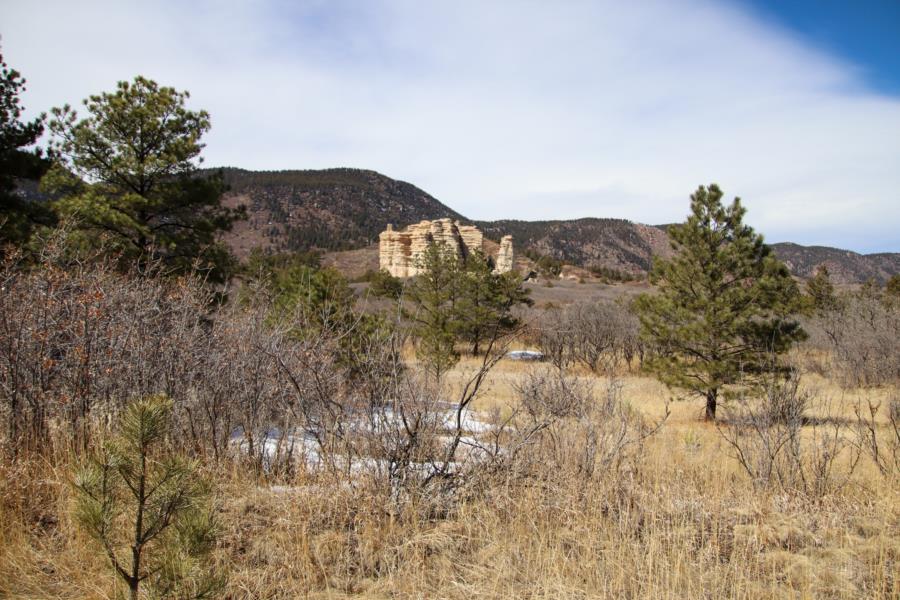 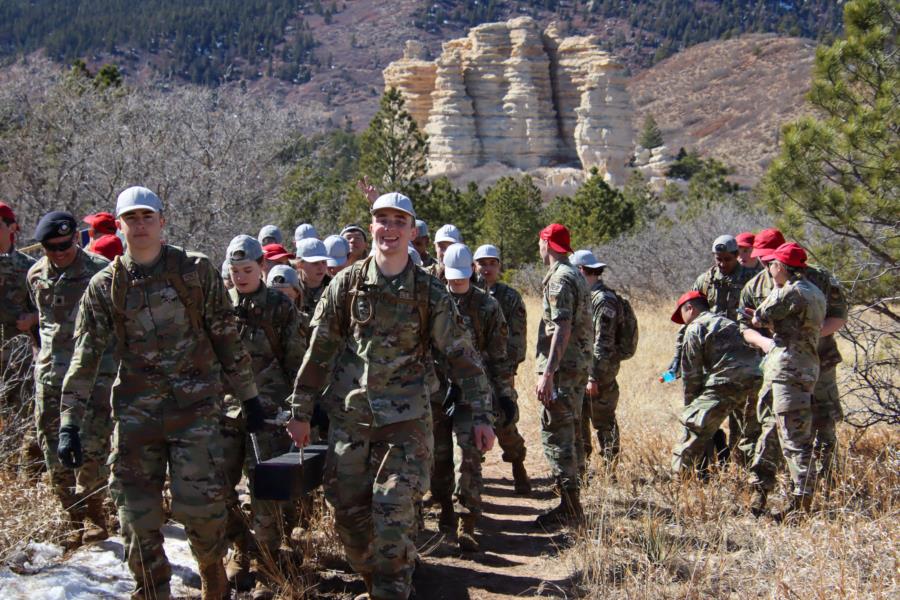 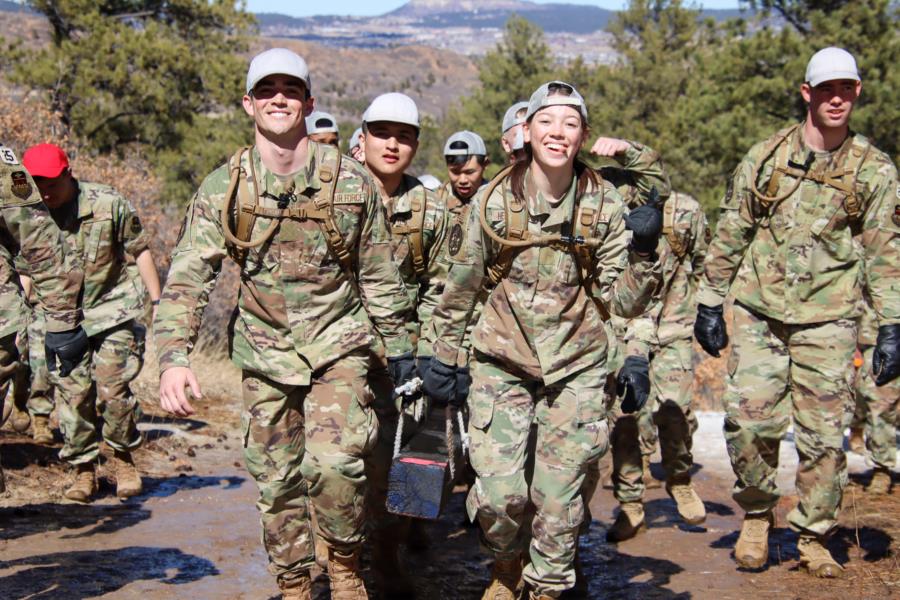 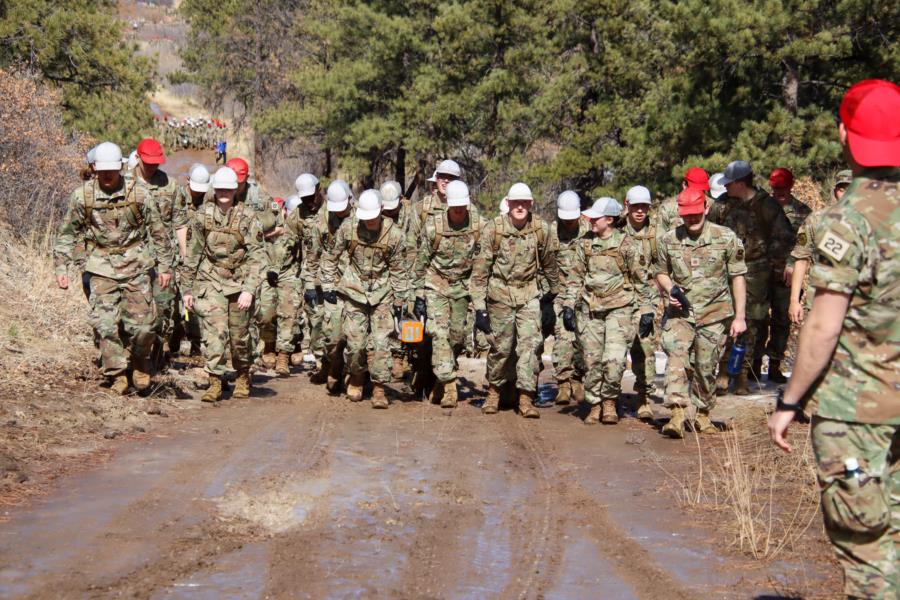 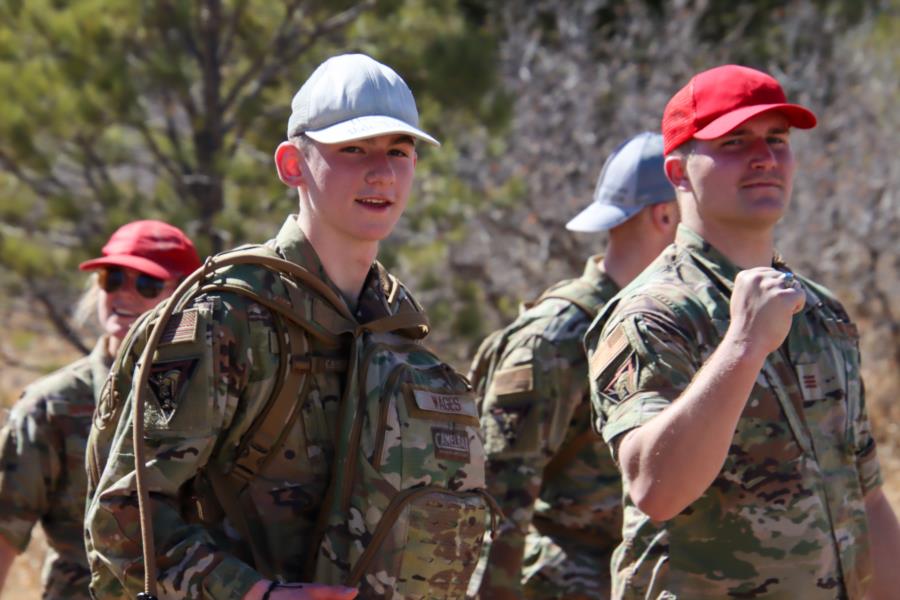 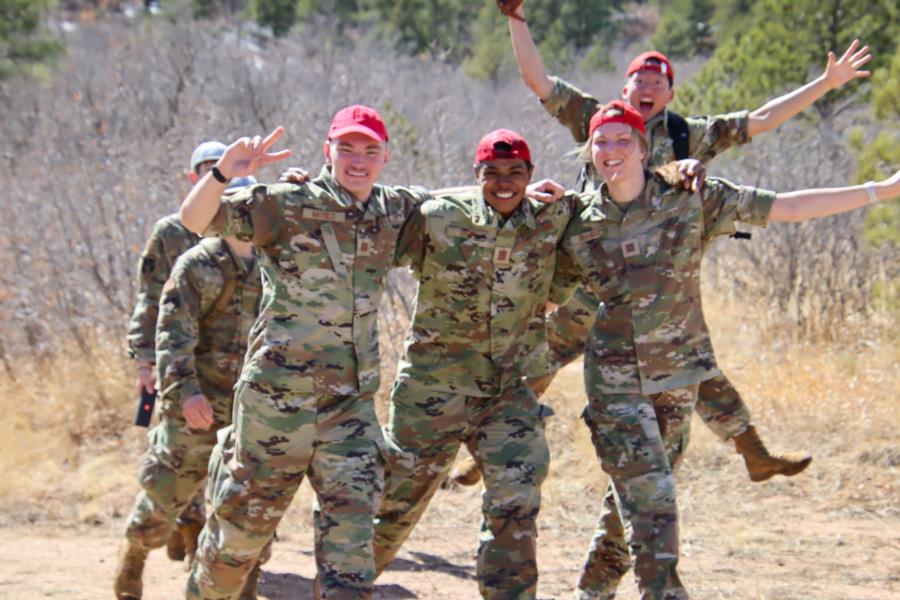 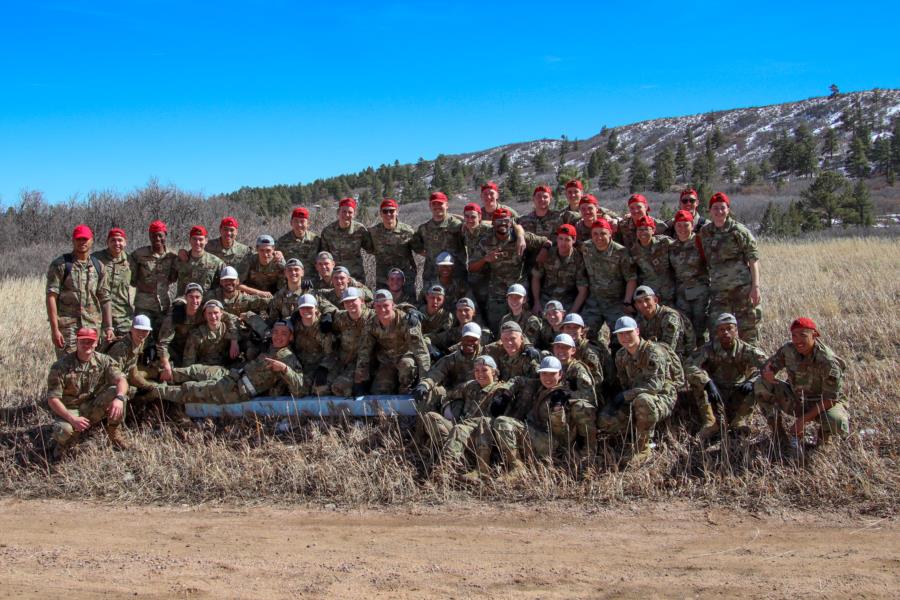 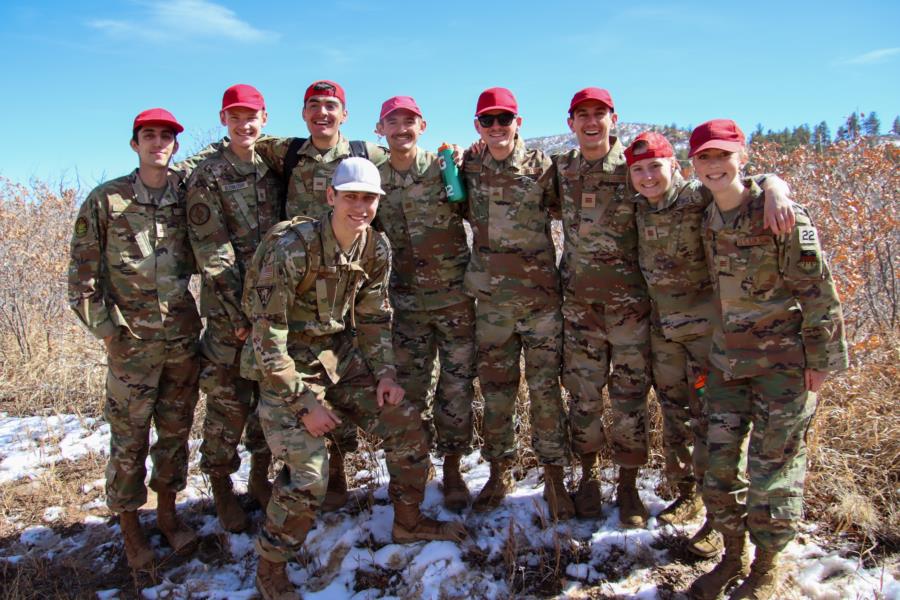 Once the cadets got back, they cleaned up and had their Prop and Wings Ceremony.  Each squadron held their own event. “Recognized” as upper-class cadets and now will be allowed to wear the Prop and Wings insignia on their flight caps. It is a ceremonial acknowledgment that the fourth-class has successfully met military training requirements and is prepared to continue the rigorous and rewarding Academy journey.

We do not cover the Prop and Wings Ceremonies because each squadron has their own traditions that they would like to keep private, but we’re sure your cadet will share their own personal photos.

We'll be back tomorrow to wrap things up with our coverage of tonight's Recognition Dinner.

To view all of today’s photos, Set your sort from OLDEST to Newest, GALLERIES > MILITARY TRAINING > RECOGNITION pg. 93 or click the links below.