As we used to say in my Air Force Days, all that remains for the Class of 2021 in Jacks Valley is a wake-up.  A big WebGuy Congratulations to Basic Cadets Eva Swearengin from Guts, Delta and Leonard Bowen from Cobras, Alpha.  Winners of this years Big Bad Basic Pugil Stick Competition. 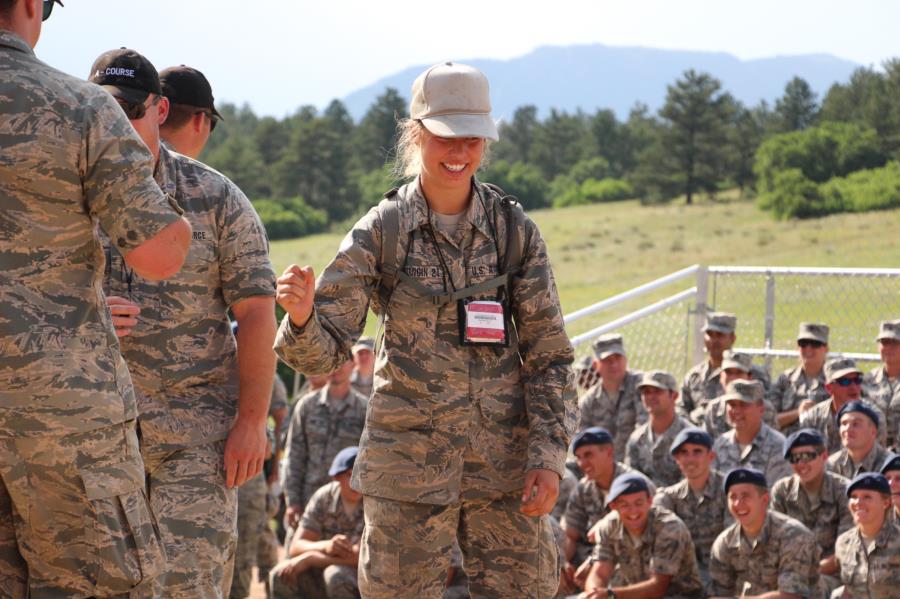 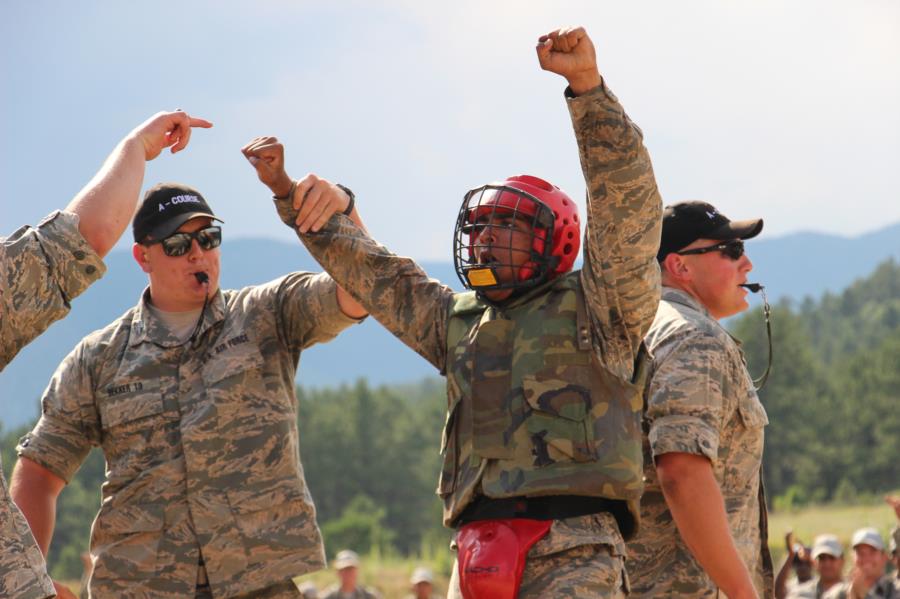 So tomorrow is the March Back.  For those of you in the local area who want to cheer the Basics on, here is the info.

The viewing area location will be the same (Clune Arena) for the Jack’s Valley march back. The march will begin at 0900 from Jack’s Valley and they will arrive at the Terrazzo at approximately 1050. Road Closures affecting access to Clune Arena will be from 0930 to 1100.  Spectators should be in place by 0930 or they will not be able to get in.  Spectators will only be allowed to view from the sides of the road in the Eastern most parking lot of Clune Arena.

The North Gate will not open early so visitors without military IDs will have to come at 9am as there will be plenty of time for people to get in place since the road closes only as the formation gets closer which will likely be around 1000.   Spectators with DoD IDs are requested to show no earlier than 0800 in order to keep congestion down at North Gate.   Hope this helps in your planning,

Once the Basics get back to the Cadet Area tomorrow, there will be a private coin ceremony, then lunch and then they spend the rest of the day beginning the transition to Academics.   No time wasted.  Our coverage tomorrow will be the March Back.  Thursday will include a USAFA Heritage Tour led by their BCT Cadre, and a Capstone Event for each squadron.  We will be covering the Heritage Tours both Friday and Saturday along with the Commandants Luncheon on Saturday, which is the official concluding event of BCT.   At some point they will practice the Acceptance Parade.  That is NOT a public event, so we cannot give out that info.  Saturday night, the Basics move into their academic year squadrons. So there you go.  Still lots of photos to come.

Some of you will ask, if you can expect phone calls, or if they will get their phones back.  As I said in an earlier blog entry, each squadron will have their own rules.  Some of you may get phone calls, and some of you won't.  The rest of the Cadet Wing will be returning at the same time, and since the Basics are still, well, Basics,  the rest of the wing who were not BCT Cadre are not allowed to interact with them.  The Basics will still have to be escorted everywhere until after the Acceptance Parade.

So, that's what the rest of the week will look like.  Tomorrow, I will have a detailed blog entry about the Acceptance Parade.  Where to sit, what to wear, etc.  For those who have been asking, you will be able to spend time with your Cadets after the parade for about 2 hours.

Until then, enjoy all photos from today.  They are all up in the BCT2 (All) Gallery and are not separated by squadron. We do have video, but the hour grows late and those are still processing.  I will have another blog tomorrow morning with video.

Till then, Have a great evening!