During the academic year, all classes are split into M and T days, depending on what the cadets academic schedule is will determine what day they will take a class. When AM-490 has a Saturday class, those days tend to include both M and T day groups. We tried numerous times to capture T day but the weather and schedule would not cooperate. At first it was ice and snow and then later in the week it became high winds.  M days’ jump started out at 10 degrees with the runway still covered with ice and snow.  The cadets were transported by van to Peterson AFB to take off for their jumps. This was the only full day that we were able to get. 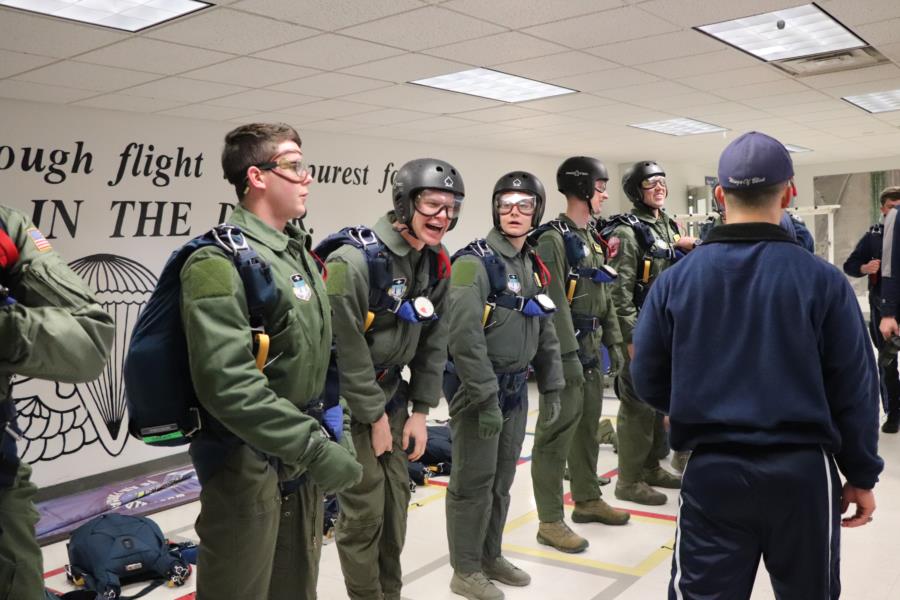 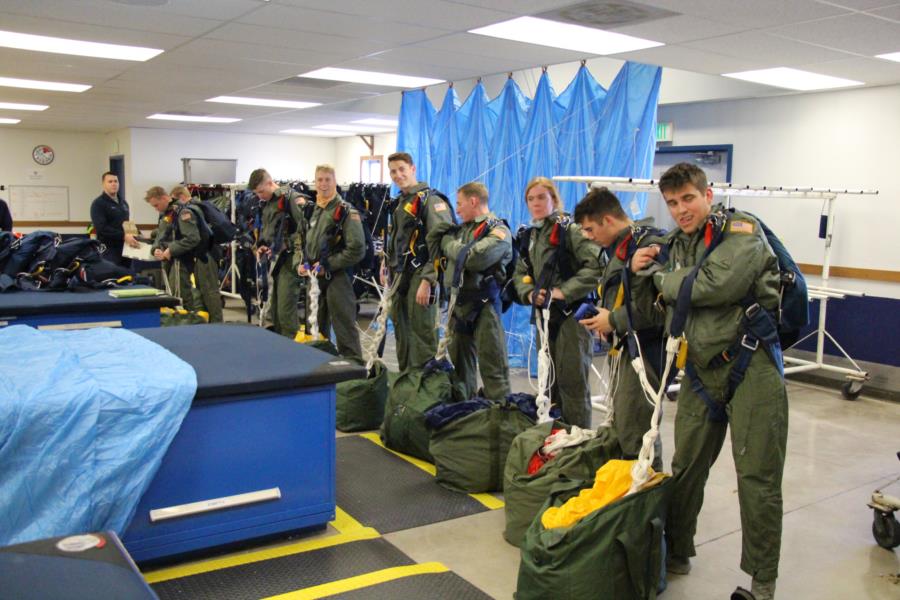 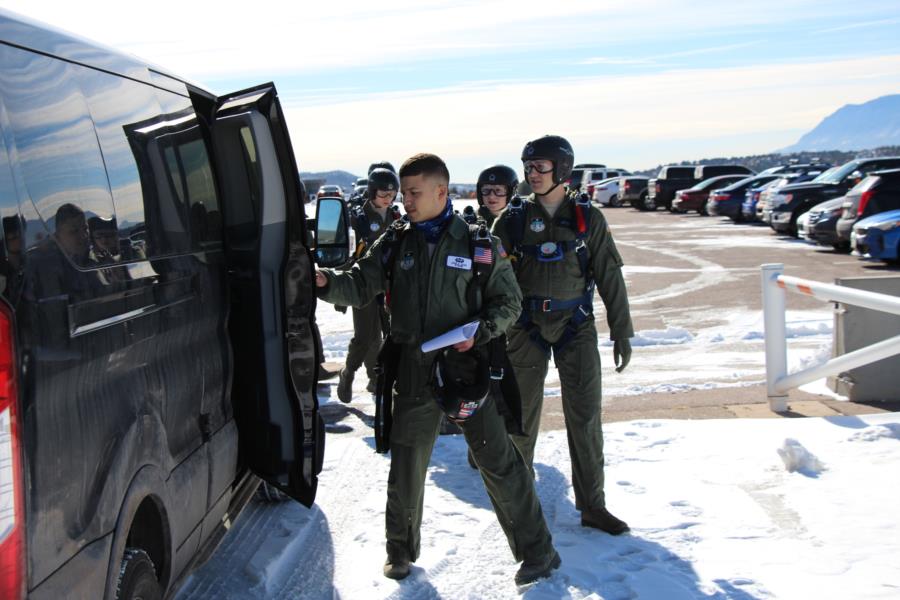 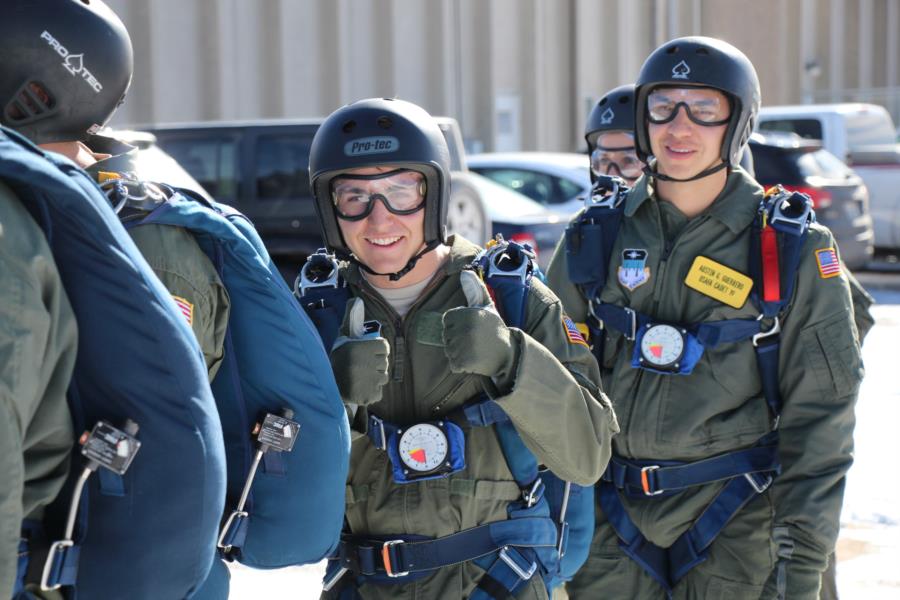 The Cadets are able to jump Tuesday to Saturday, Monday and Sunday are no jump days. On the weekdays the M and T day students only have about 2 hours to jump during their class period but on Saturday's they have all morning and into mid afternoon depending on the weather conditions. By the end of the week the cadets should be able to complete all 5 of their jumps. 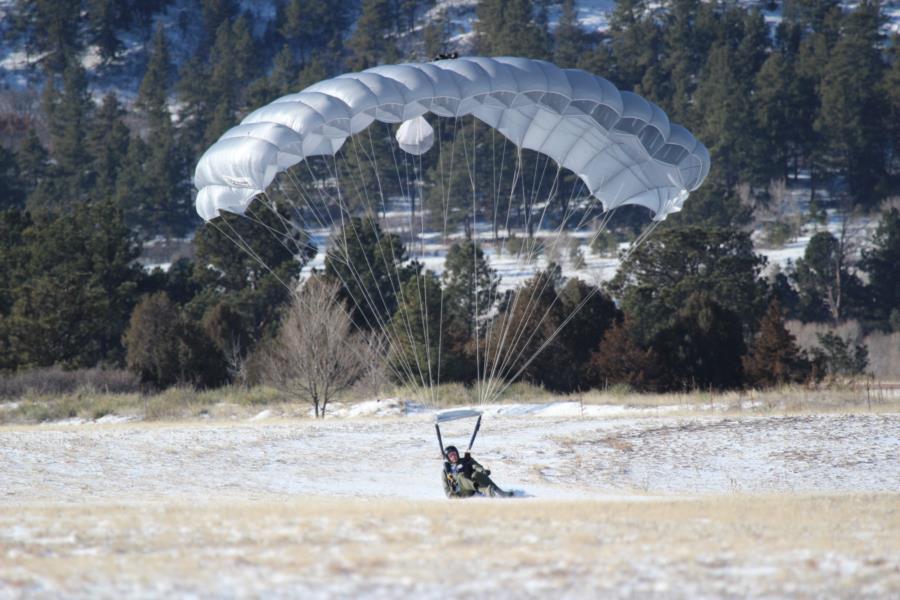 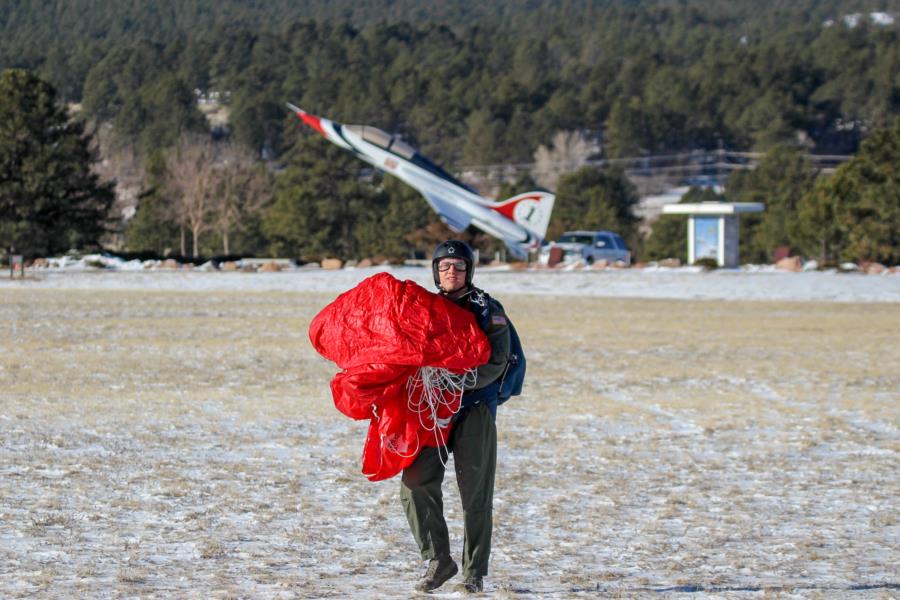 While the Cadets are jumping, the Wings of Blue Cadets assist them by radio as they make their way back to the ground. 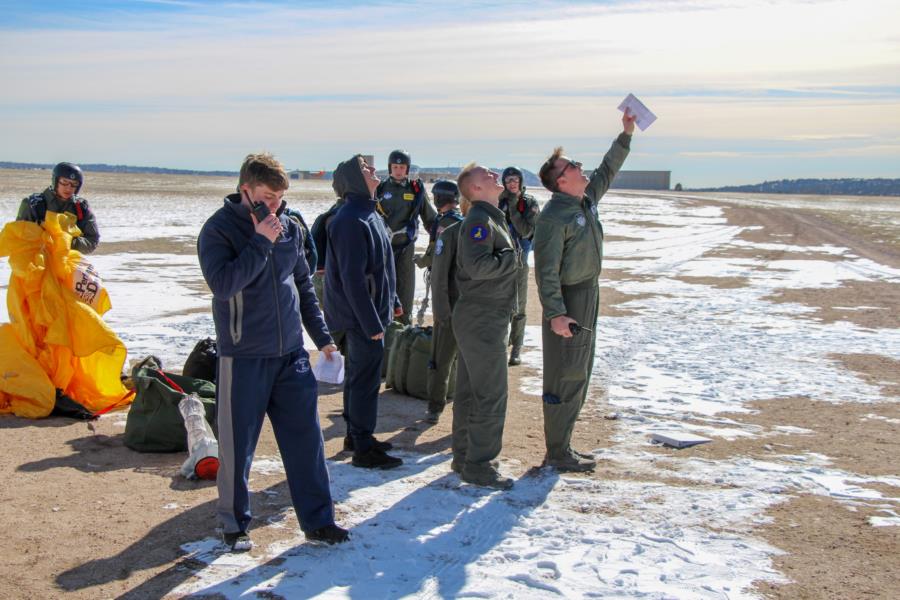 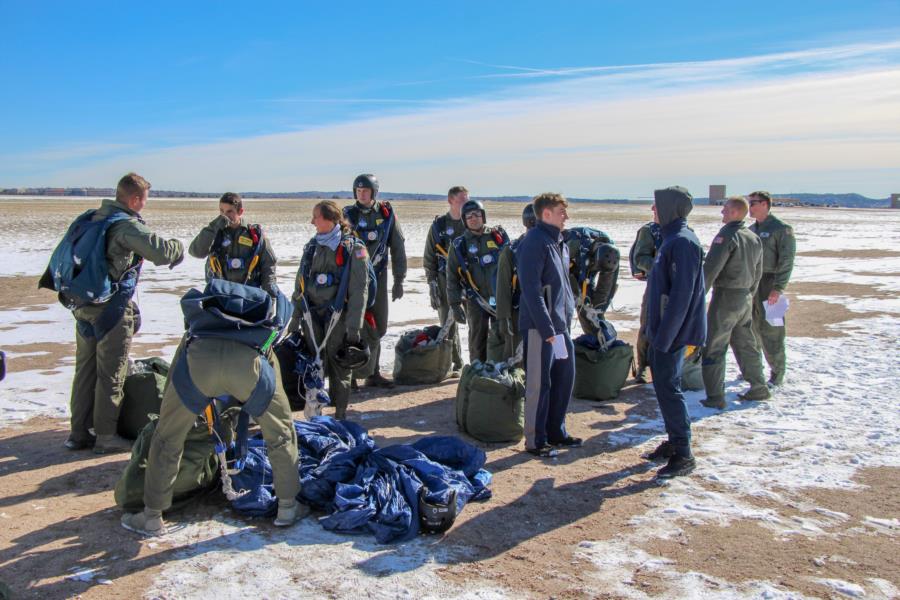 Each jump is videotaped from the second they exit the plane through their 10 second freefall until they release their parachute. After the entire group has landed they are then briefed and graded on the execution of their jump. 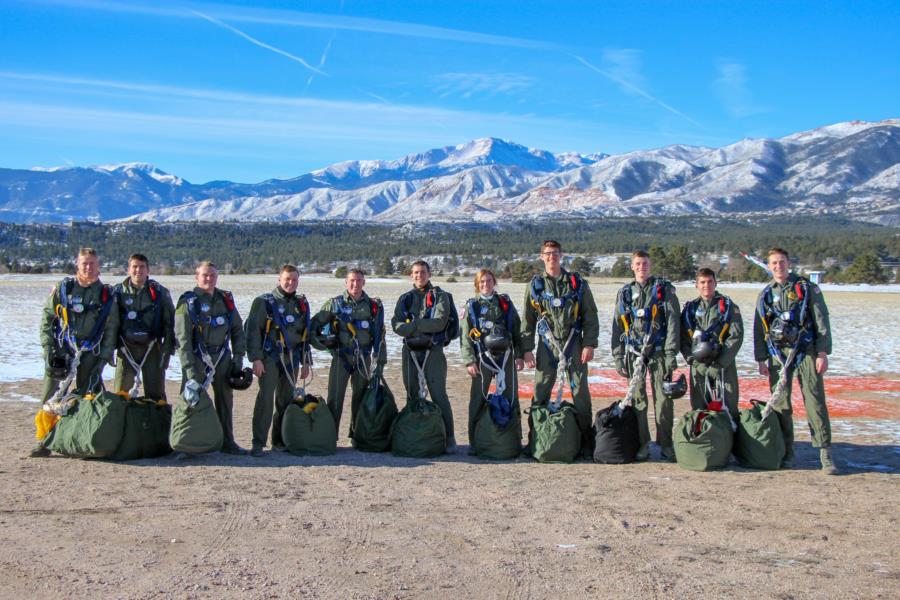 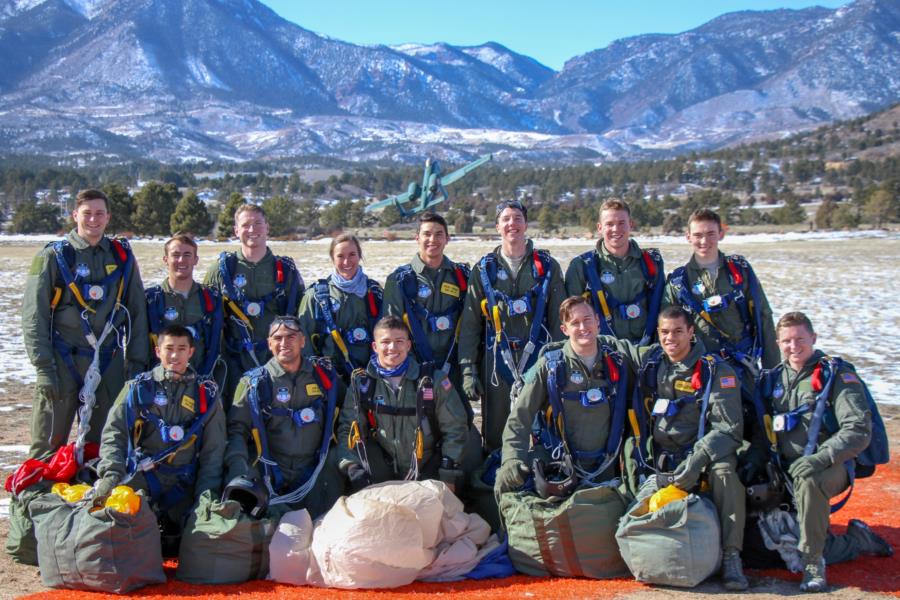 To view the rest of the pictures from our coverage of Jump, go to Galleries > Airmanship > Jump. Or click the link below.