Your basics are slowly getting used to life during BCT. They had their second wake up at USAFA this morning and are probably more into the swing of things. You still won't see many smiles (if any).  Today we were able to follow them around most of the day. You may have seen them march (or more like shuffle) yesterday at the Swearing-In onto Stillman Field, but they still have a lot to learn! We covered them learning new Drill Movements. We were on the Terrazzo as flights darted on and off throughout the day. Some were easy to catch while others seemed to be in a real hurry.

The Basics were supposed to have another ABU issue today but like in one of our previous posts it did not happen, so we can't predict what they will be doing, even if we have the schedule.

BTW, here is a heritage question.  Who is Stillman Parade Field named for?  You can answer with an email sent to webguy@aogusafa.org!

Here's a little more information about the uniform you saw them in yesterday as well. For those of you who don't know what ABUs are here's some history for you!

The ABU has a distinctive tiger stripe pattern and features a pixilated look similar to the Army’s ACU. The uniform has four pockets on the front of the shirt, and also a small pencil pocket on the left forearm and two pockets on the lower legs. In addition, inside the side pockets and inside of the breast pockets there are smaller sewn-in pockets to hold small tools, flashlights or cell phones.

The ABU  design is a pixilated tiger stripe with four soft earth tones consisting of tan, grey, green and blue. The ABU has a permanent crease and is offered in 50-50 nylon-cotton blend permanent press fabric eliminating the need for winter and summer weight uniforms.

Airmen are required to maintain one tan T-shirt with an Air Force logo on the front and Air Force written on the back.

Suede cowhide boots in matching green-gray color; like the desert boot these are polish-free and available in men’s and women’s sizes.

The word color for the name, U.S. Air Force, and rank is midnight blue; name tapes and rank insignia background are tan and are sewn on using a matching tan color thread.

The ABU adopts the battle dress uniform hat style for primary use and the floppy hat design is used in some deployed areas.(credit military.com)

Speaking of uniforms, you will notice that the Basics in these photos are all in tennis shoes.  That's Sneakers to you east coasters.  This is pretty typical at this stage of BCT.  Despite many appointees buying and running in their boots pre-BCT, not all do, so in the early stages, it's Tennies For All! 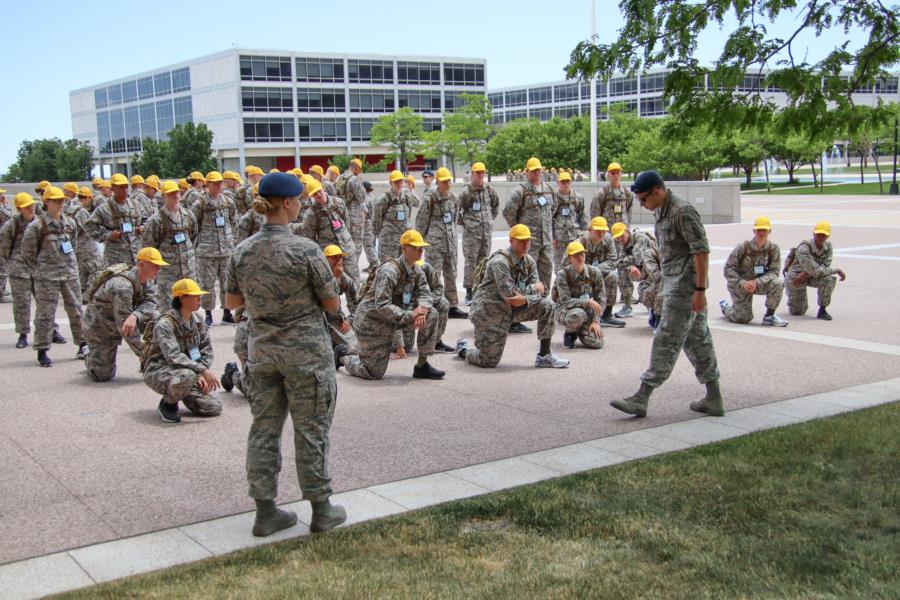 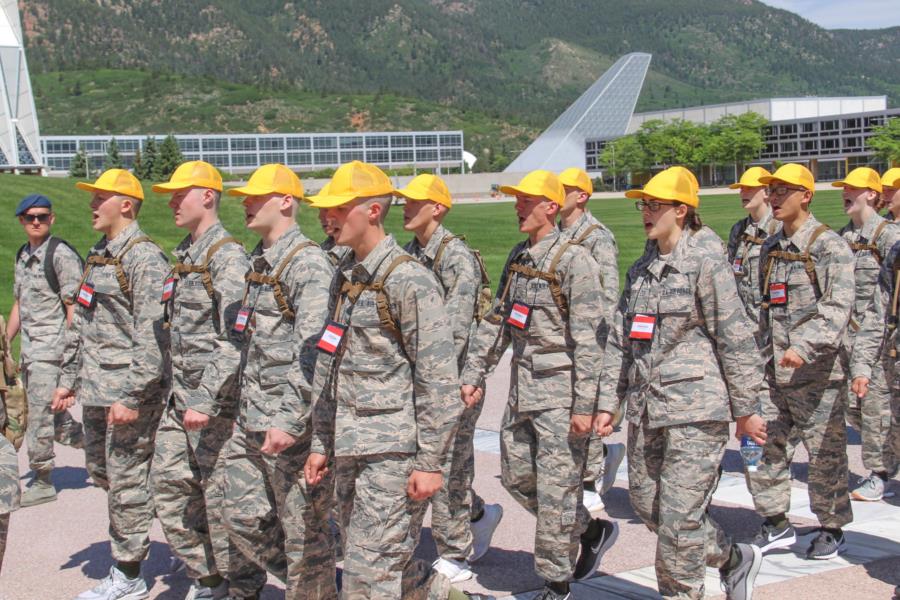 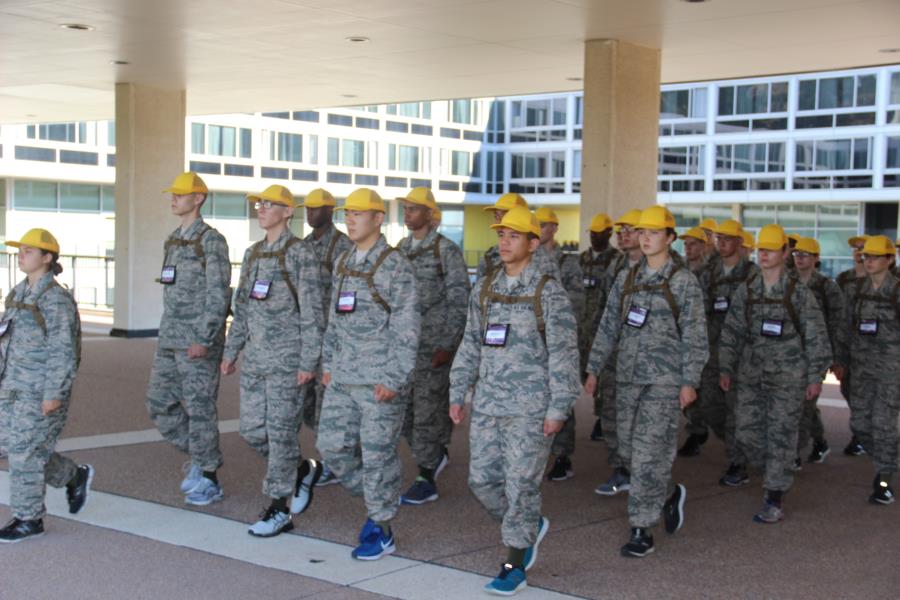 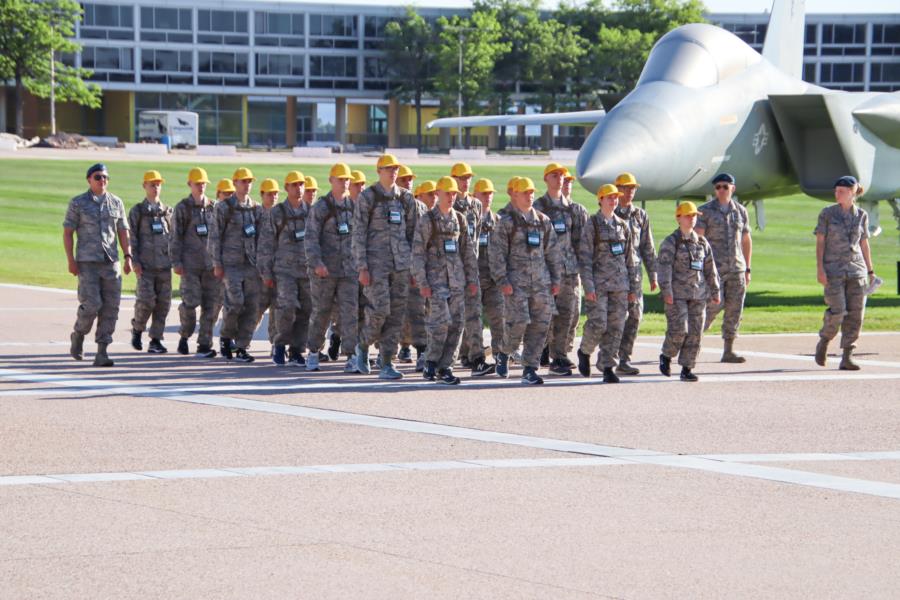 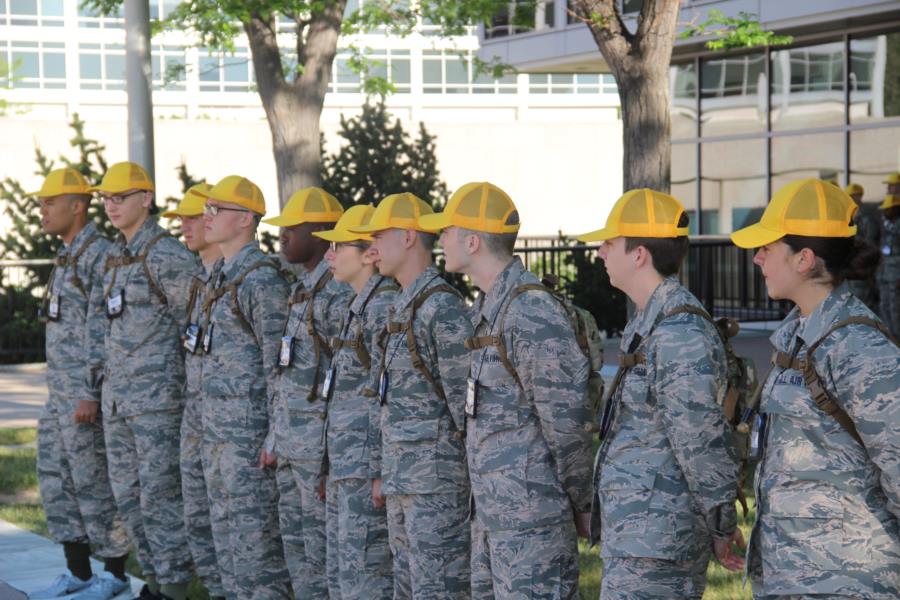 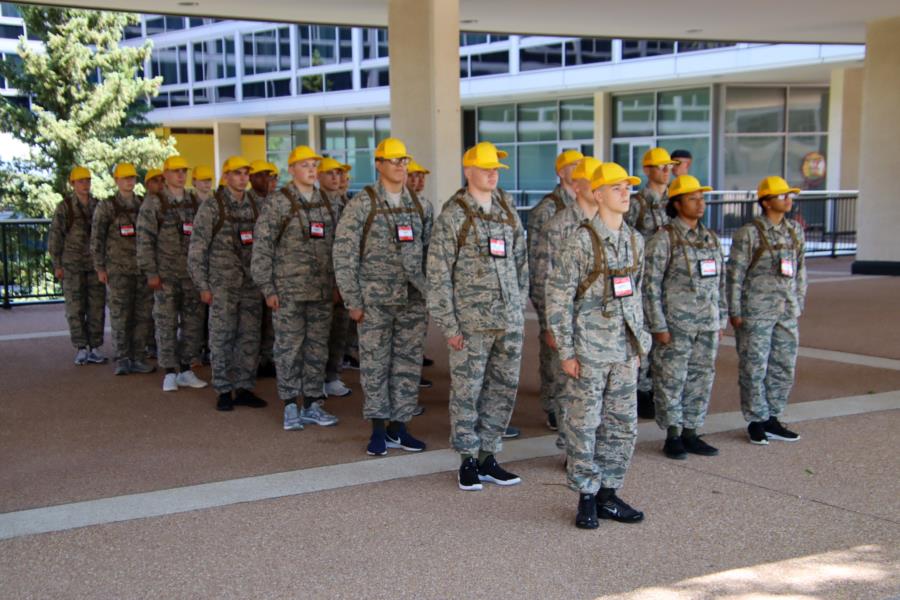 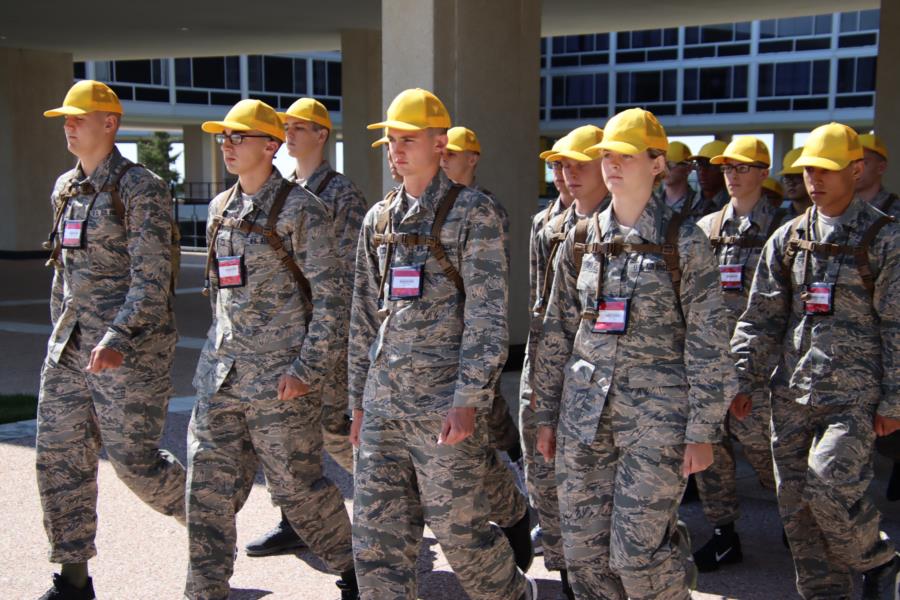 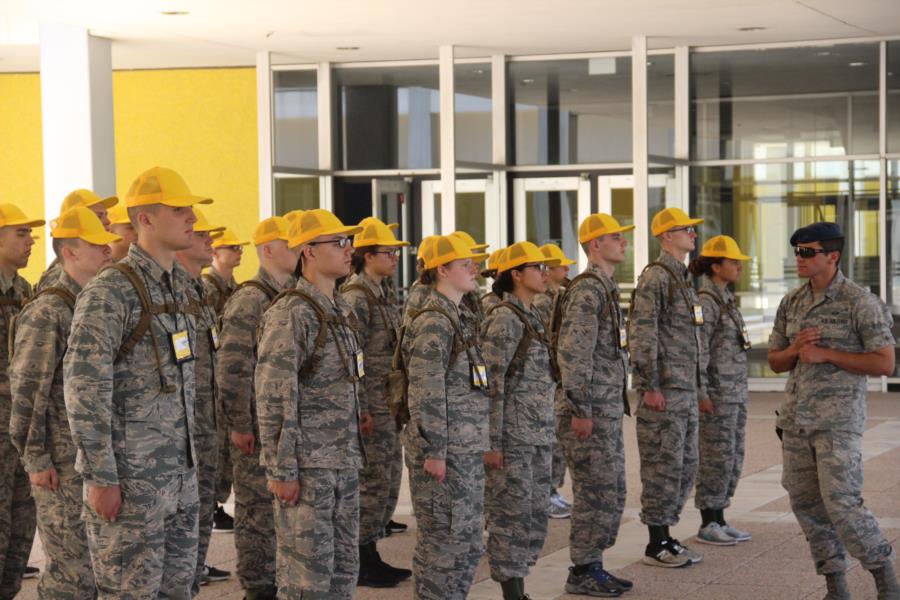 We were able to catch every Squadron but most likely not every flight. The pictures are organized by Basic Squads on the Website.