This is my sixth summer with WebGuy in some form or another. I've seen a lot of things through the years and survived every weather condition.  I've seen struggles, I've seen smiles. But the last couple of years, I've seen some amazing Cadre. Last summer, it was the ones cheering on their basics along the Assault Course by name, saying "Go Basic X you got this!" when they were about to give up. This year it's been those coaching their basics from the sidlelines on the courts of intramurals. However, this Cadre has stood out to me as what a Cadre and future Air Force Officer should be. In my opinion she's a motivating leader for her flight. I've covered Intramurals for two days this BCT. I've caught everyone coming and going to the Fields on both days. This Cadre is always running right along side singing a jody with her flight. I would have recorded it, but then I would have missed out on pictures of everyone else that came by! (If I happen to be out again and we have enough of the team out I'll see if I can capture the jody!) Her flight sings along at the top of their lungs and truly seem to enjoy the leadership they were given. Parents, do not worry, your basics are in great hands! 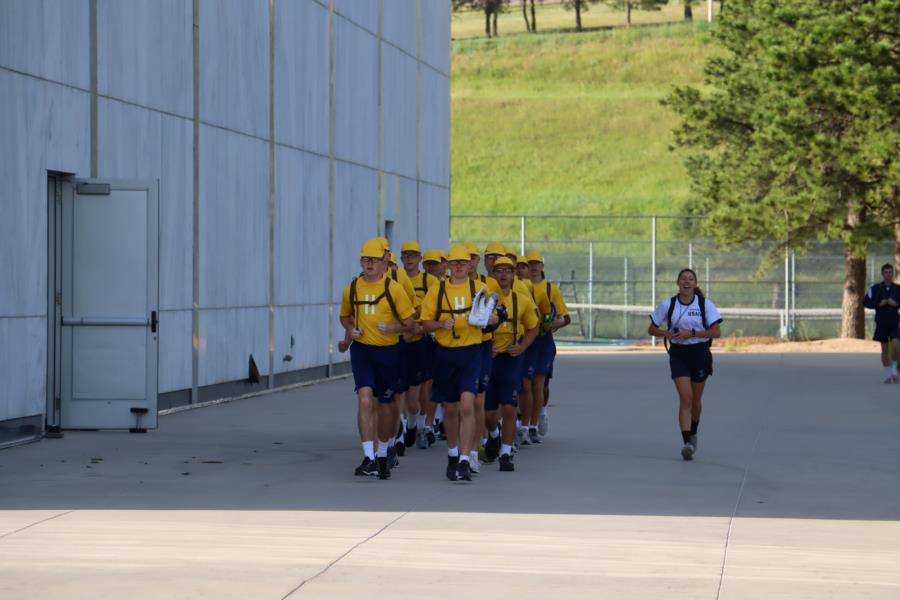 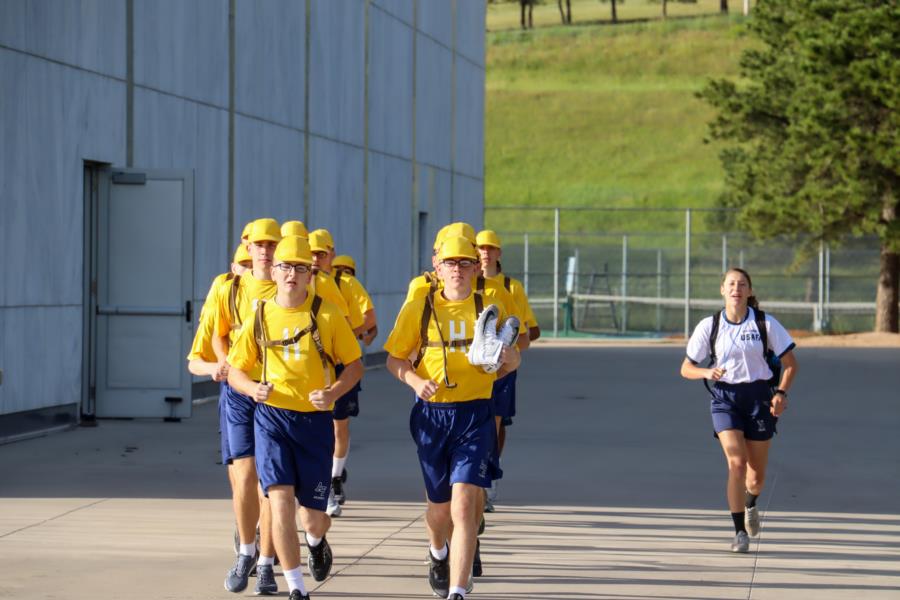 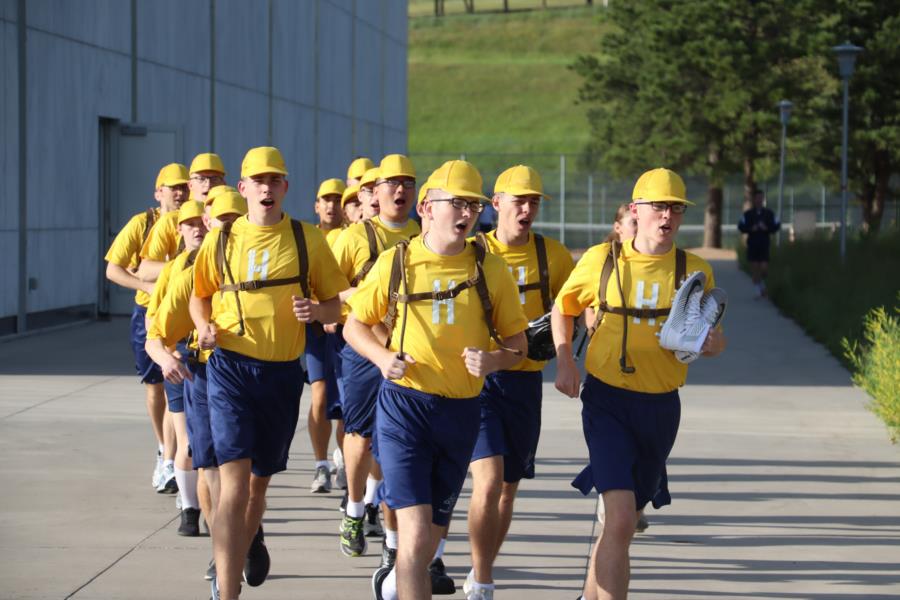 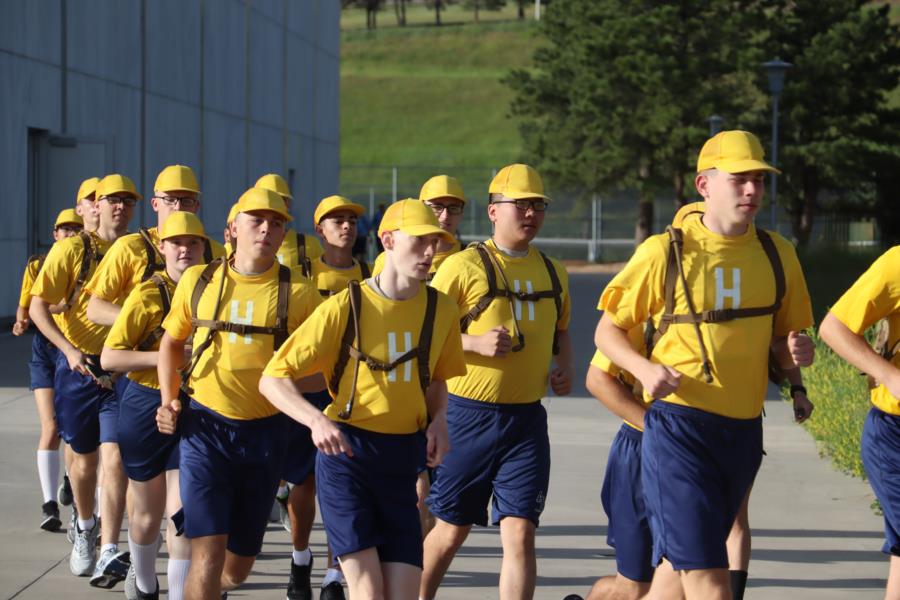 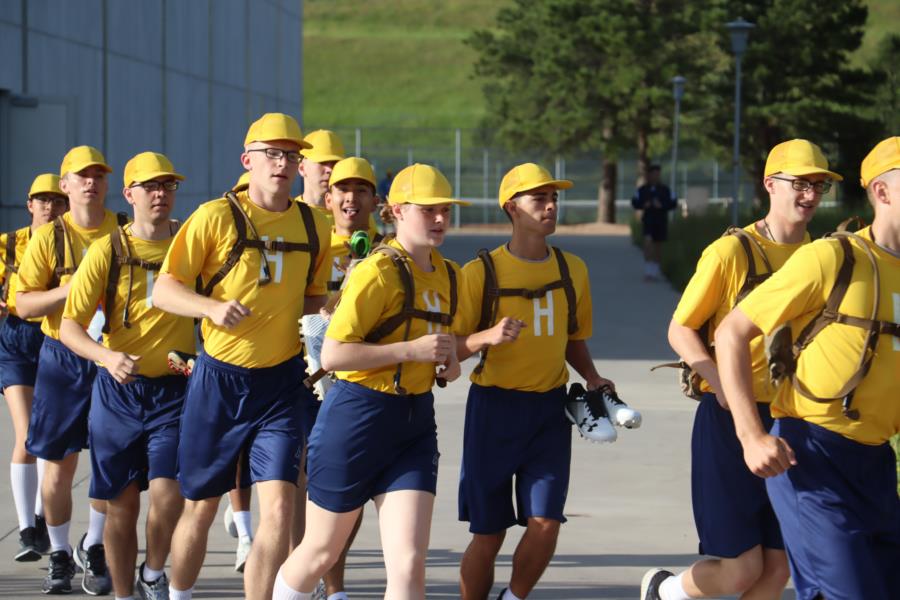 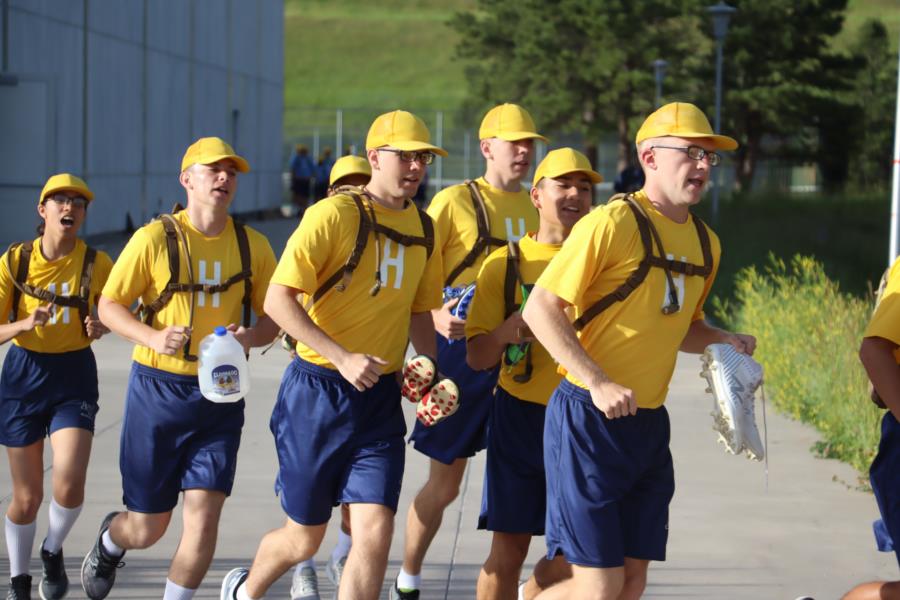 Side note: you probably are all wondering what a Jody is now...

In the United States Military cadences song by marching or running soldiers are often dubbed “Jodys” or “Jody calls”. This name “Jody” refers to a recurring civilian character, the soldier’s nemeses, who stays home to a perceived life of luxury. Jody stays home to drive the soldiers car, date the soldiers girl friend, hangs out with the soldiers friends, and eats mom’s great cooking.

These Jodys have been seen in popular movies such as Stripes, An Officer and a Gentleman, and Full Metal Jacket.

Common themes in Jodie Calls include

While obscene, offensive and violent jody calls were previously the norm, they are now almost unheard of. Previously “R” rated Jodies have been cleaned up and modified making them acceptable for a wider audience. (militarycadence.com)

The ones that the Hellcats were singing were definately not offensive, unless you are a part of any other military branch, because they were all about how great the US Air Force is!