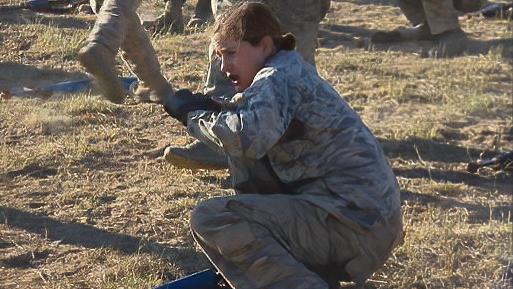 As we marched out to Jacks Valley, we got a little glimpse of the outside world when we saw all the parents and friends standing along side the road cheering us on. I kept trying to get a glimpse of the “motivating” signs and the outside world, but was too afraid of getting caught for gazing that I kept my eyes straight forward and just listened to their cheering. When we finally arrived at Jacks Valley, we assembled our tents and organized our dirt hallways. My favorite part of Jacks was getting the time to bond with the other basic cadets in my flight. The cadre were not as focused on breaking us down anymore and focused more on building us up as a team. From building our tents together to going through the courses, everything we did in Jacks was focused on team building. 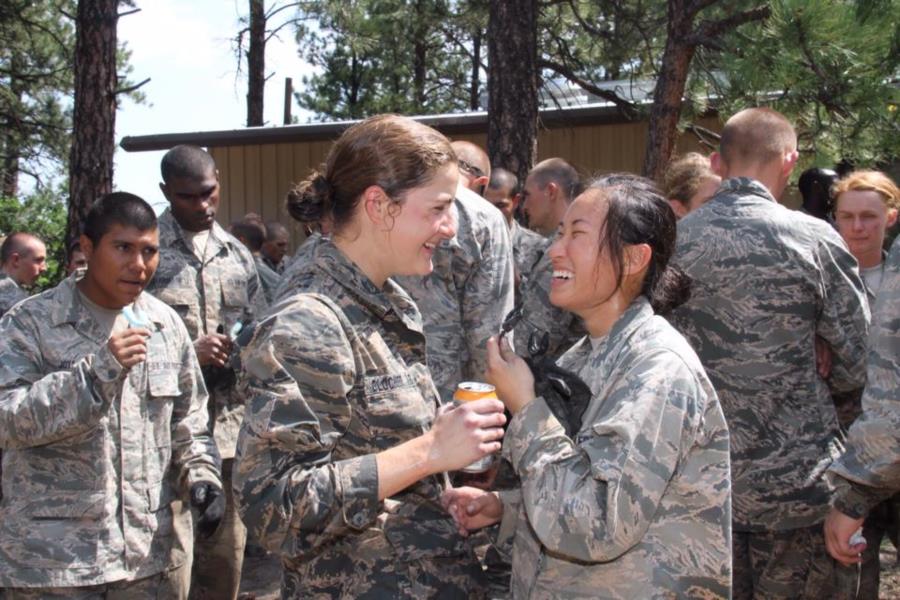 The courses in Jacks Valley were the most demanding parts of basic training both physically and mentally. Usually, a basic flight accomplishes two courses a day. Unfortunately, my flight was one of the last flights to go through the Assault Course, the hardest course out of all of them. So, all week we watched flights come back from the Assault Course looking exhausted and covered in mud from head to toe. It was daunting. Our day had finally come for our turn on the Assault Course and tensions were high. Our cadre switched from yelling at us to hyping us up and wanting us to excel on the course. The first part of the Assault Course was the pugil stick fights. I did not win, but it sure was fun cheering on my classmates and watching them duel it out. The pugil stick fights soon ended, and the atmosphere suddenly changed. It was time. I did countless “grenades” (if a cadre blow their whistle or the cannon went off, you had to do a “grenade” which is dropping to the ground as fast as you can and immediately getting up, like a burpee) to a point where I couldn’t believe my body was still going. Just when I thought I had enough I saw the end in sight. The end of the Assault Course is a little wall with the sign “Only the Strong Survived.” I had to get there and get over the wall, but right before it was one last station. The cadre at that station made you earn your right to go over the wall and accomplish the course. As he is yelling at us and having us do “grenades” you could here the rest of your classmates and flight cadre around cheering you on. The cadre announced that if you could hold a perfect squat you could get over the wall. With my legs shaking, I dug dip and found the strength to hold the best squat I think I have ever done. The cadre let me go. I jumped over the wall, passed the sign, and was embraced by my classmates. It was one of the best feelings during basic training. 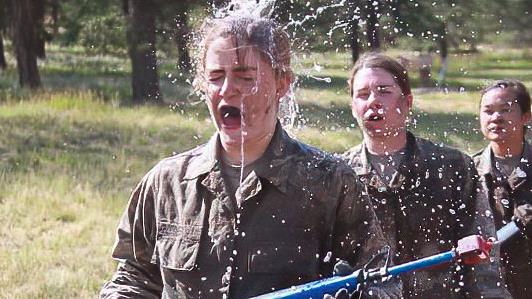 As Jacks Valley came to a close, we started realizing how much our flight grew as a team and what all we have accomplished together. The day of the march back arrived, and we took down our tents and packed our bags. We formed up with our squadrons and started heading back to the hill. The march back was an amazing feeling. Your body was exhausted, but you knew you were on the home stretch. As we got closer to the hill, we heard the families and friends on the side of the roads cheering us on and congratulating us for completing Jacks Valley. We got back to the dorms where we were embraced with air conditioning, it was amazing. 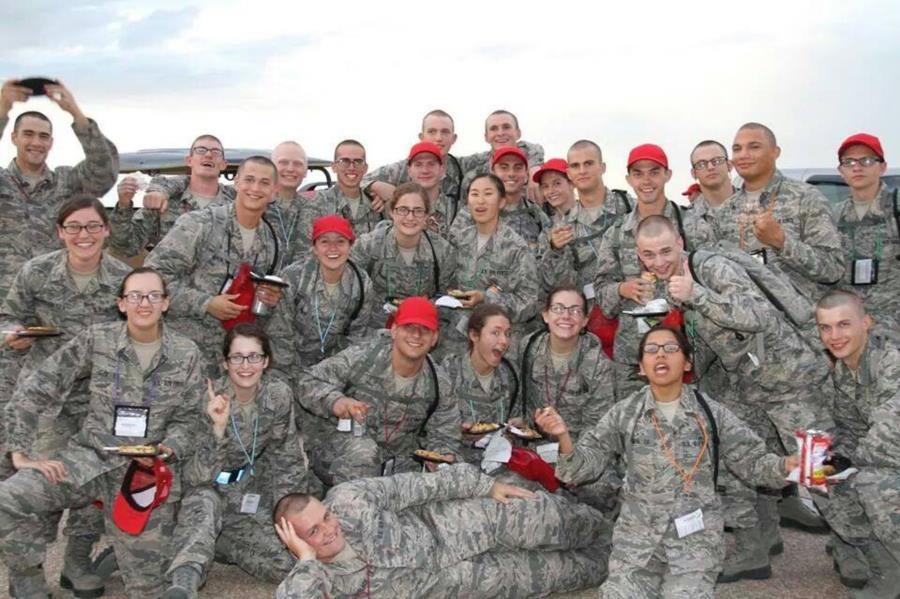 The next couple of days were a whirlwind. We moved from our basic cadet rooms to our rooms in our squadron that we will stay in for the academic year. We started seeing more upperclassmen, but they were not allowed to talk to us yet because we were still basic cadets. Acceptance day finally came, and we formed up to march on the parade field. We marched to our squadrons where our upperclassmen were waiting for us. It was intimidating because you didn’t know most of them, but that soon changed. Then the parade was over, and it was time to see my parents. My parents watched me receive my shoulder boards signifying that I was no longer a basic cadet and was accepted into the Wing as a cadet. My mom cried of course. After the ceremony was over I was able to grab lunch with my family and relax under a shaded tree. I told my parents all of the stories and that I was glad it was over.