On Thursday the Academy's Athletics Department celebrated with it's annual Intramural Squadron Champions Luncheon.
Lt Toni Fadden, the Director of Intramurals was the MC for the Luncheon. 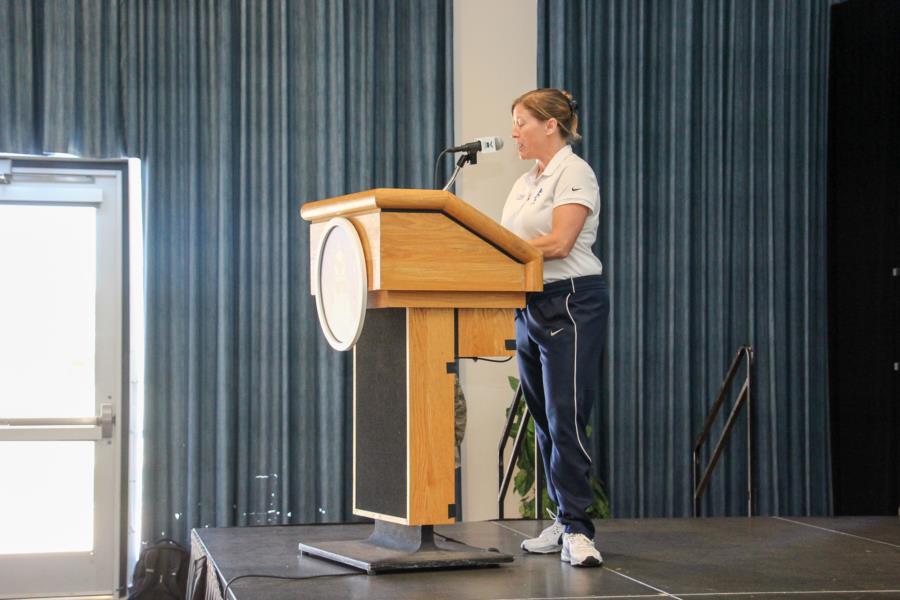 Chaplain Harris provided the invocation for the Luncheon and Col Tony McKenzie, the Directorate of Athletics, Director of Staff also said a few words. 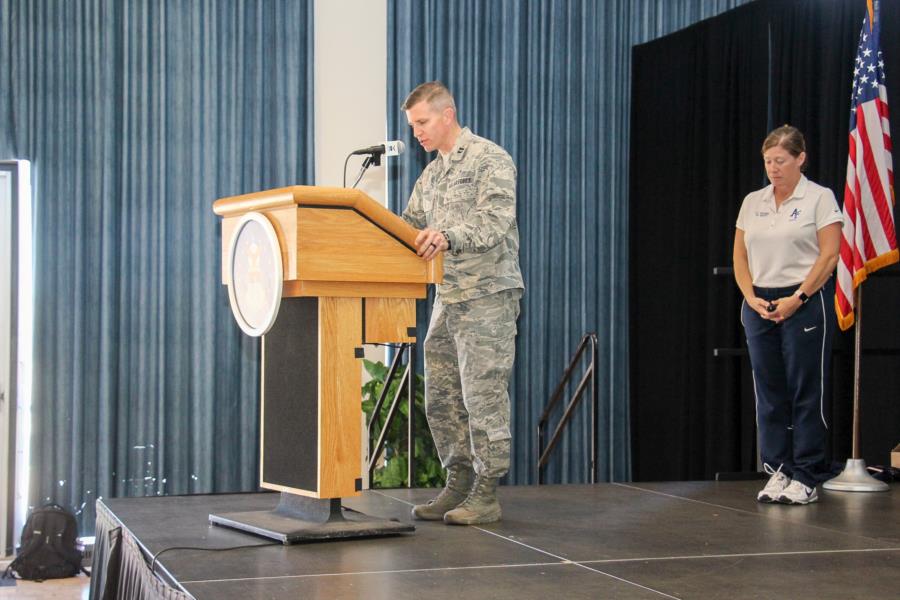 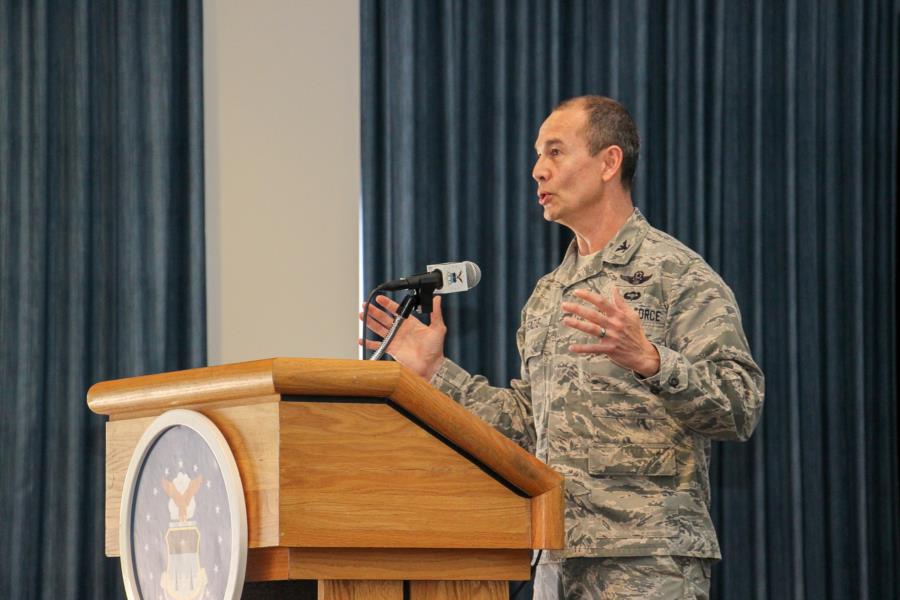 The Guest Speaker was 1st Lt Cale Simmons. Lt Simmons is a former USAFA '13 Grad, an All-American and runner up in the Pole Vault at the USA Outdoor Track & Field Championship and was also chosen to represent the United States at the 2016 Rio Olympics. “Never stop fighting and never stop your journey with athletics,” Lt Simmons said. “You’re going to go do wonderful things.” 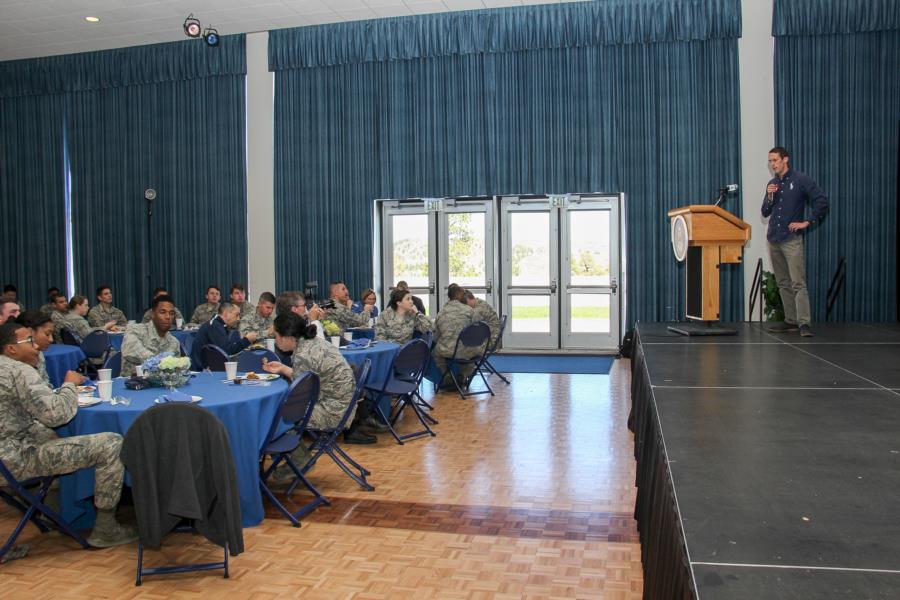 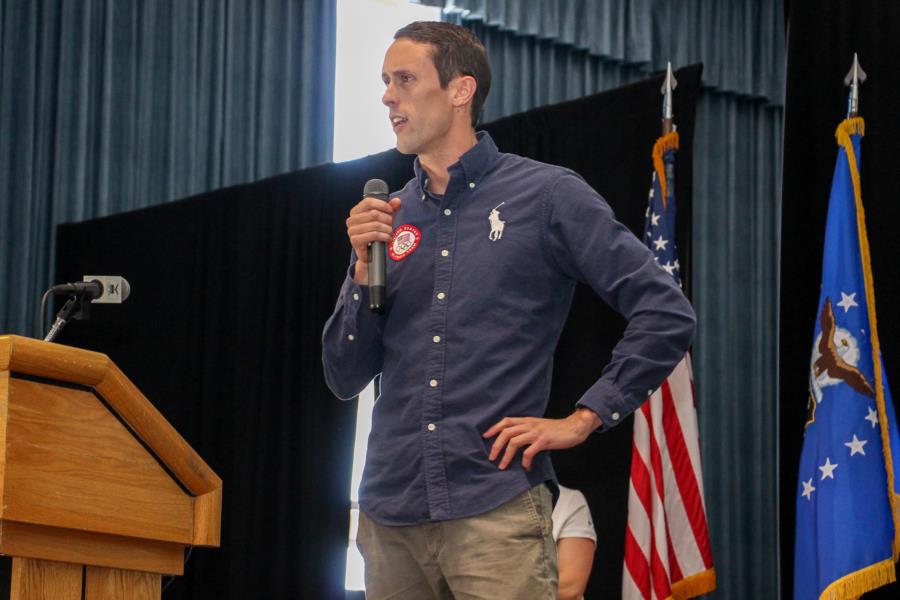 The Individual honors announced at the luncheon included; 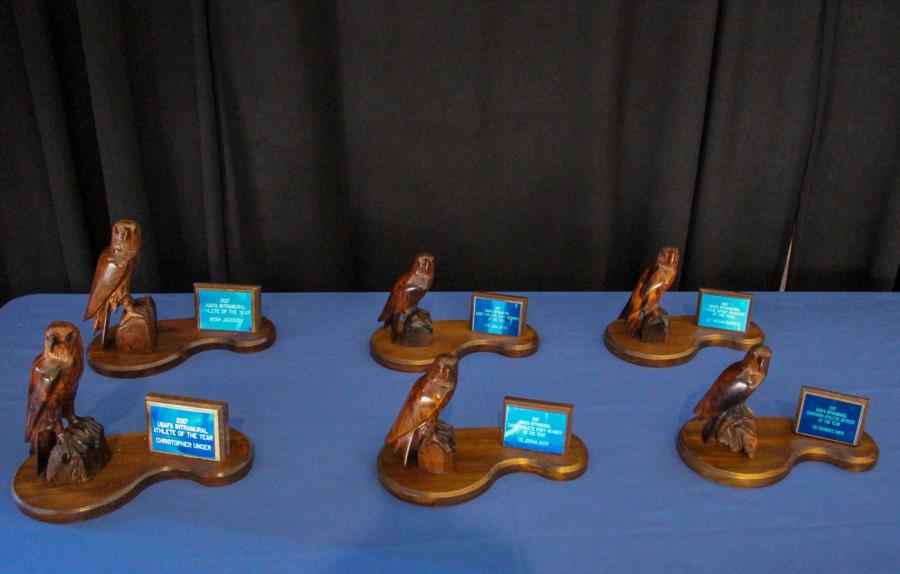 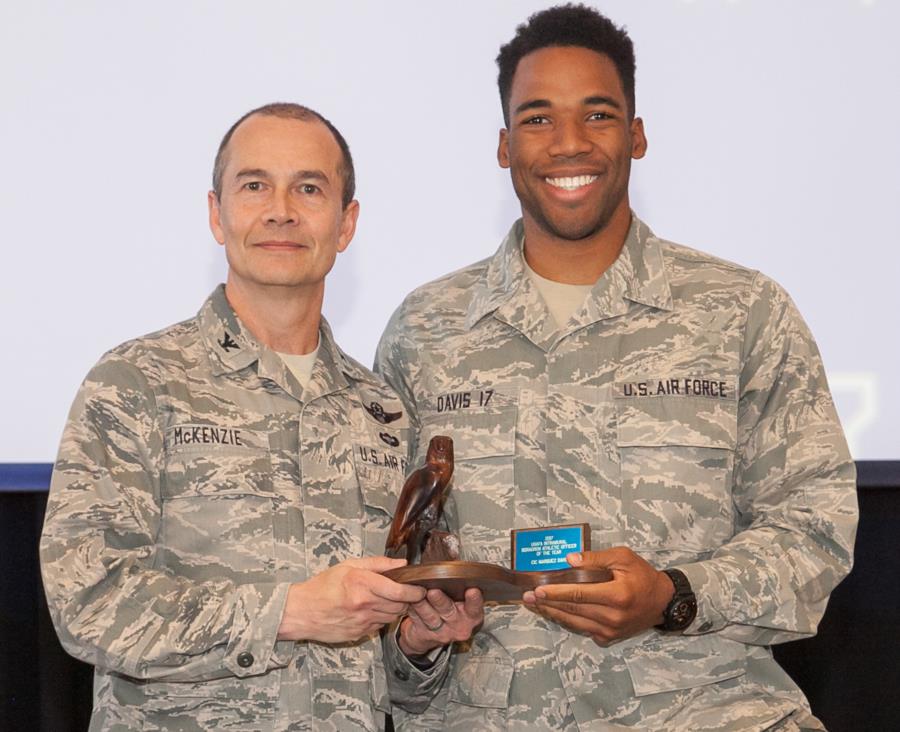 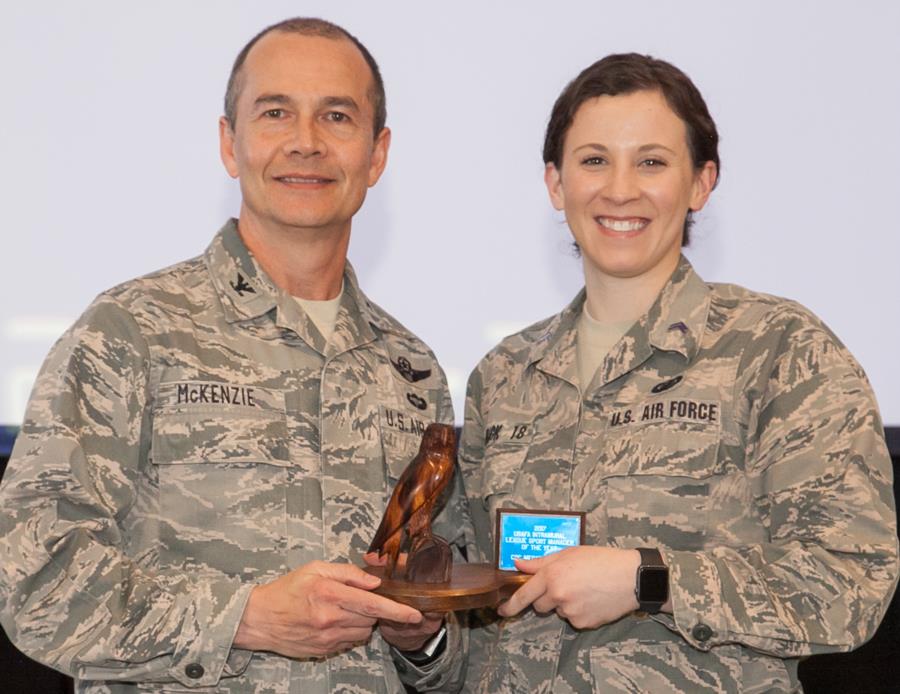 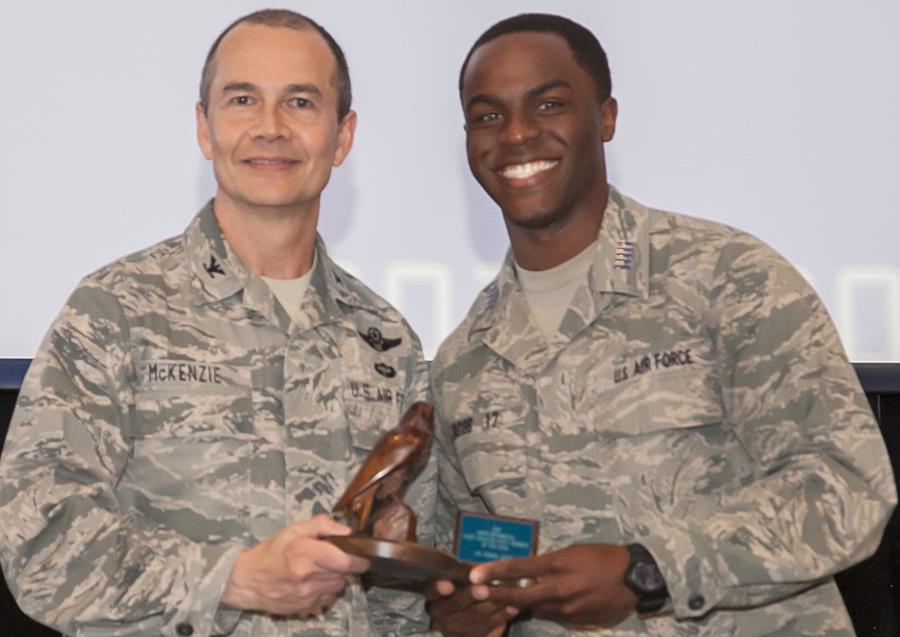 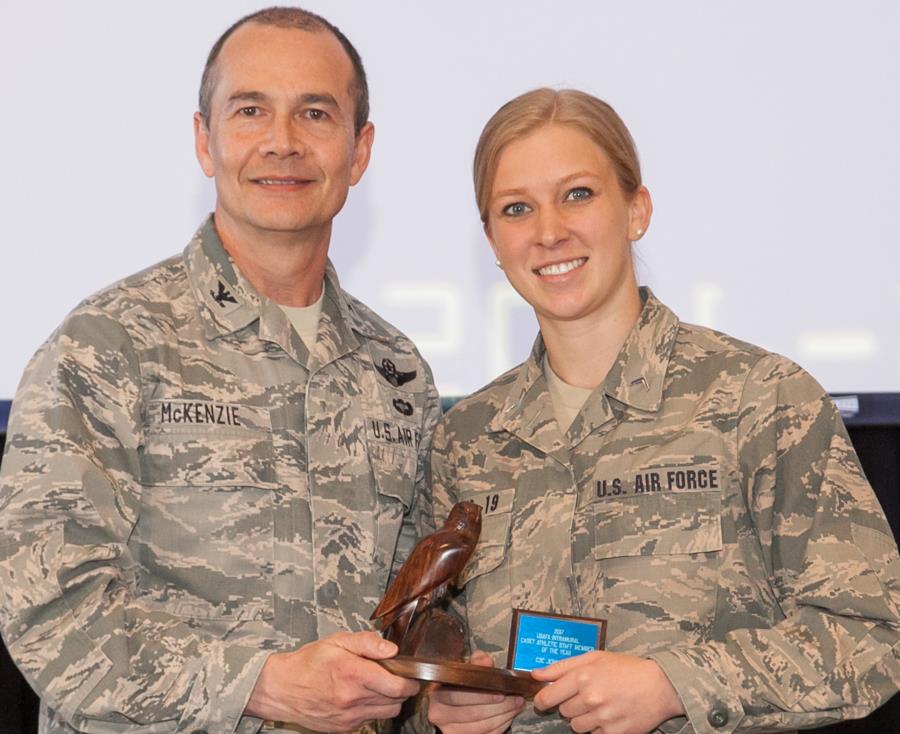 The 2017 Male Intramural Athlete of the Year was C1C Christopher Unger. 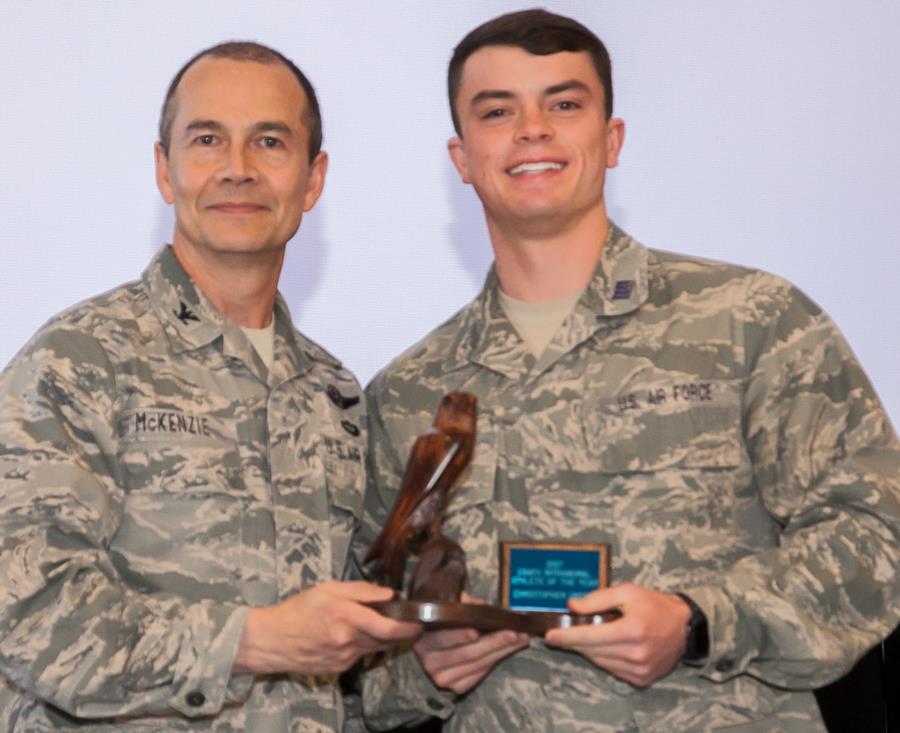 The 2017 Female Intramural Athlete of the Year was C1C Myah Jackson. 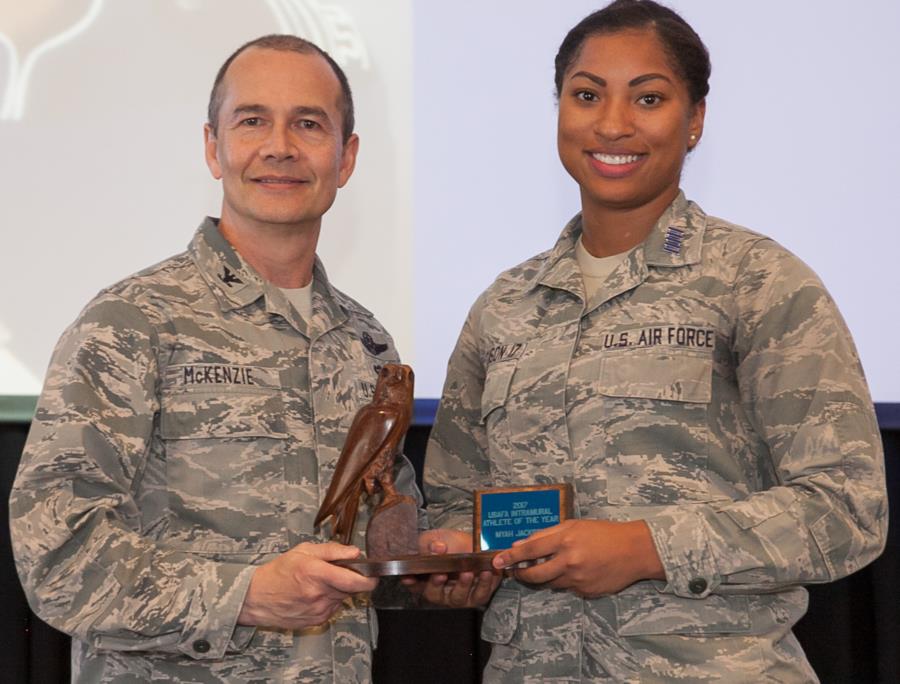 Among the teams recognized at the luncheon;
The Fall Semester Champions were Squadron 9 in Dodgeball, Squadron 4 in Ultimate Frisbee, Team 2 in Boxing, Squadron 6 in Soccer, and Squadron 21 in Flag Football. 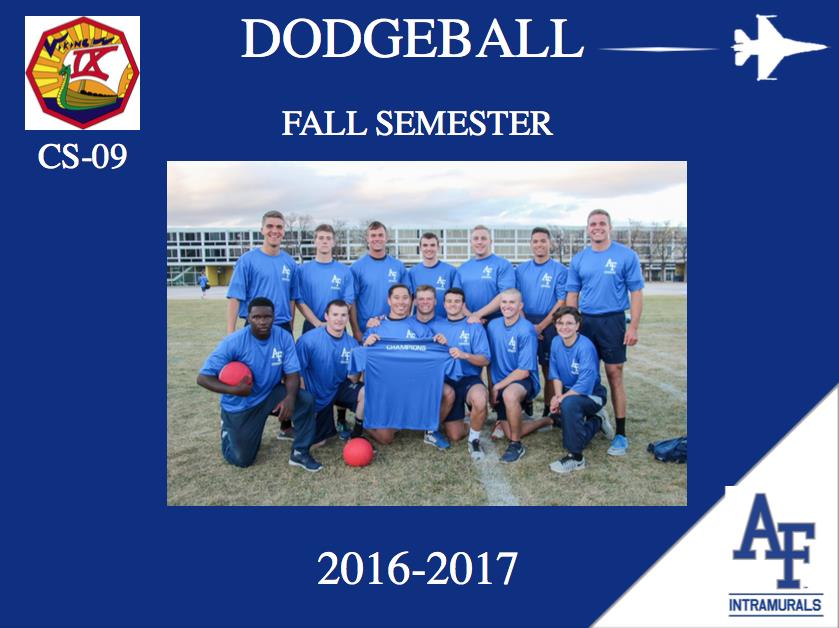 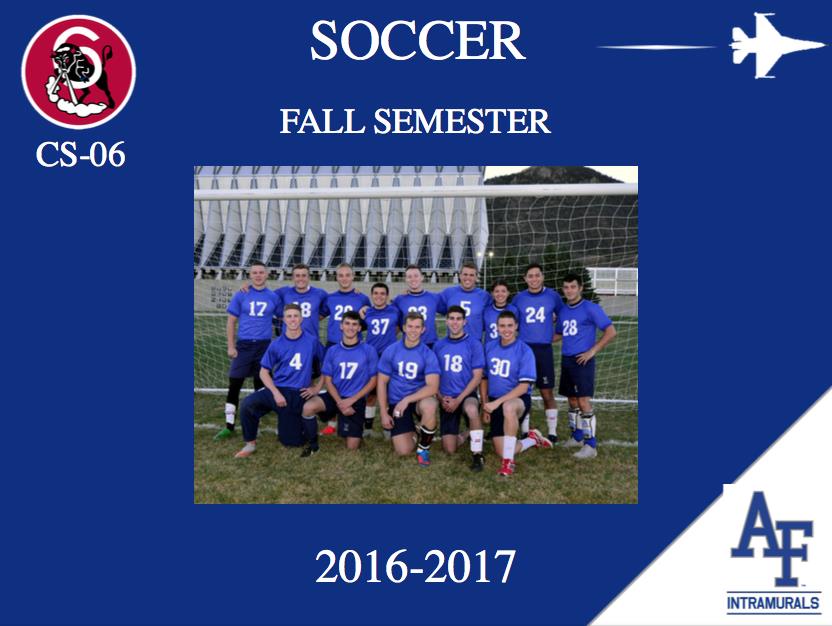 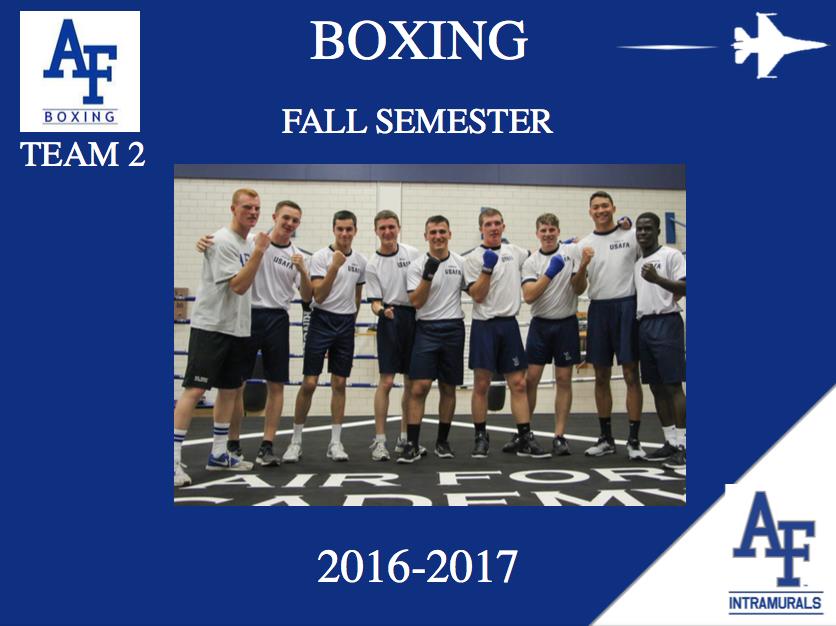 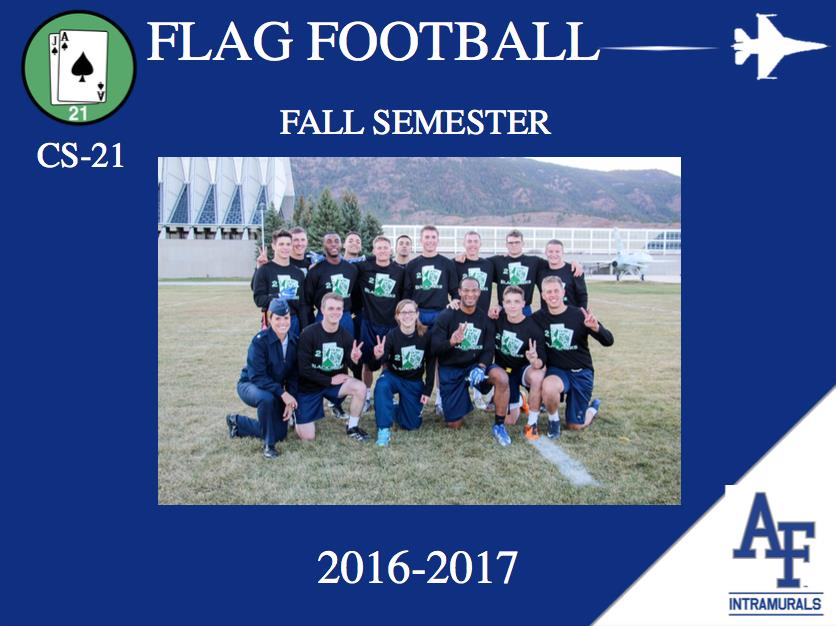 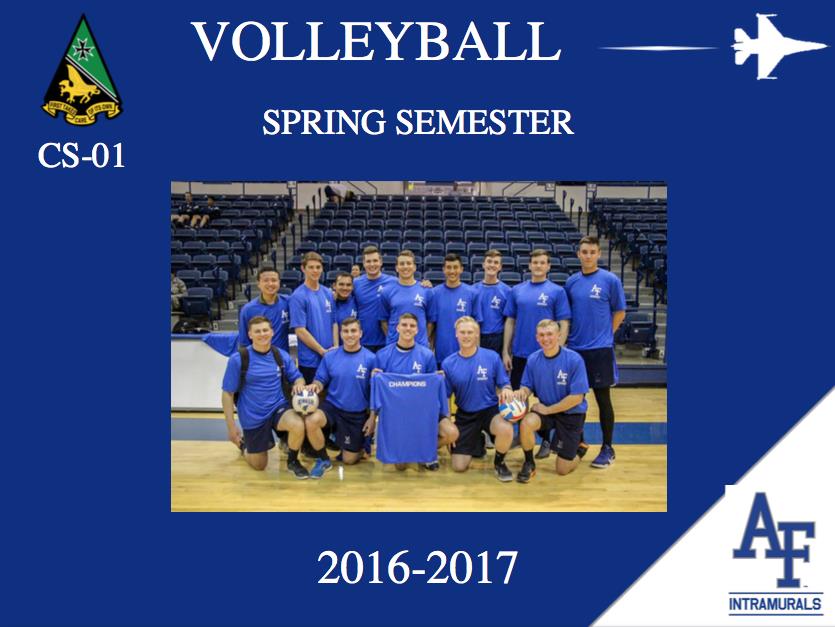 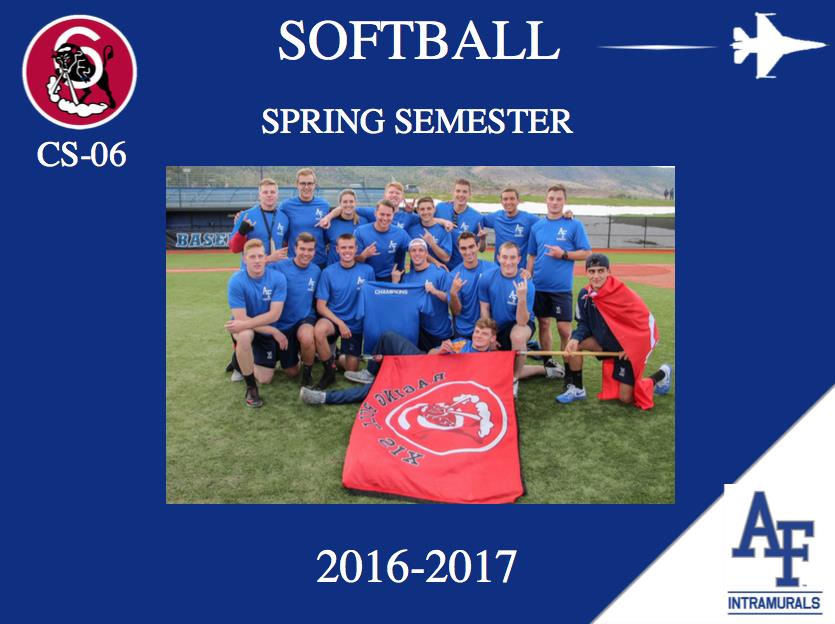 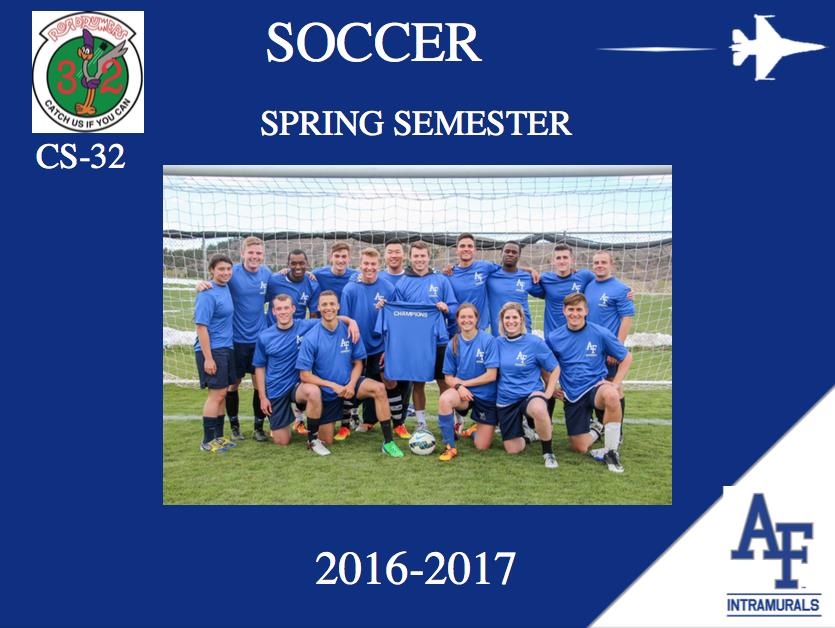 Spring season champions included Squadron 1 in Volleyball, Squadron 31 in Basketball, Squadron 6 in Softball (this was also their third consecutive Wing Intramural Championship), and Squadron 32 in Soccer.

To view the rest of our glimpse into the Intramural Luncheon go to; Galleries - Extracurricular - Intramurals. Or click the link below.