Earlier this afternoon we attended the Blue Suit Ceremony, which was a celebration and promotion of the members of the Wings of Green Parachute Team moving up to the Wings of Blue Parachute Team. During this ceremony they receive their blue jump suits as well as their Jumpmaster/Instructor certificates! 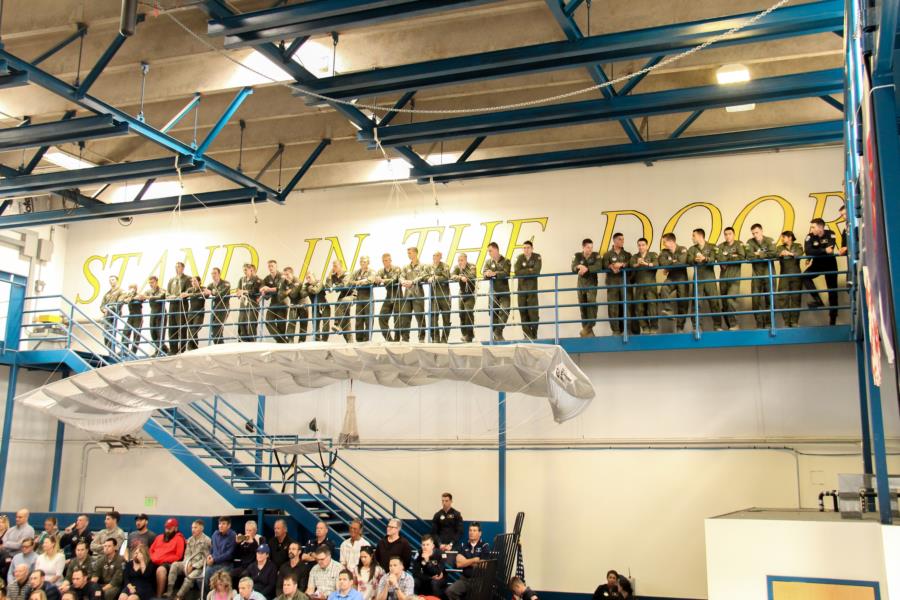 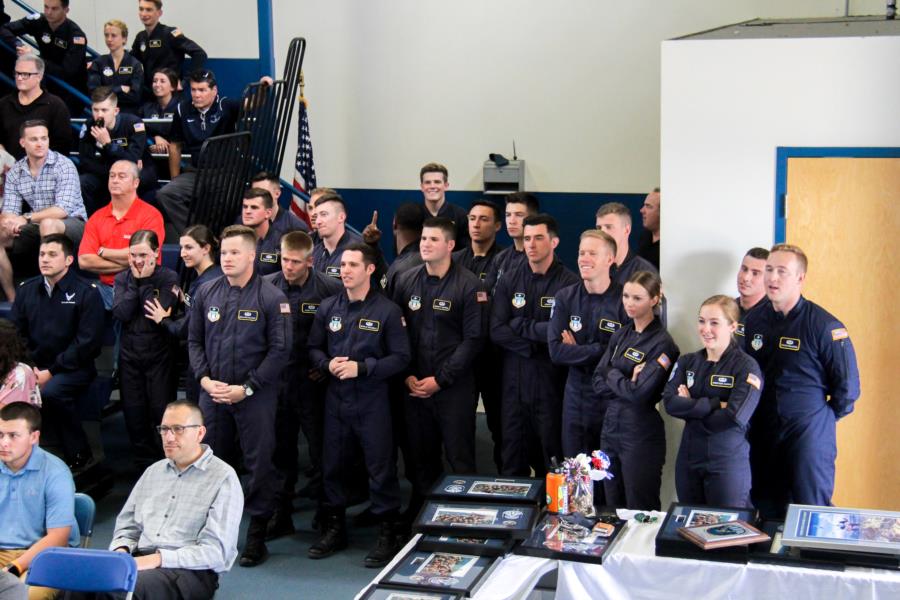 Dr. Kjell Lindgren was the guest speaker for the event. He is a '95 Grad from the Academy and was selected in June 2009 as a member of the NASA Astronaut Group 20. He launched to the International Space Station (ISS) as part of Expedition 44/45 on 22 July 2015 and spent 141 days in space, including 15 hours and 4 minutes of total spacewalk time. Wow! 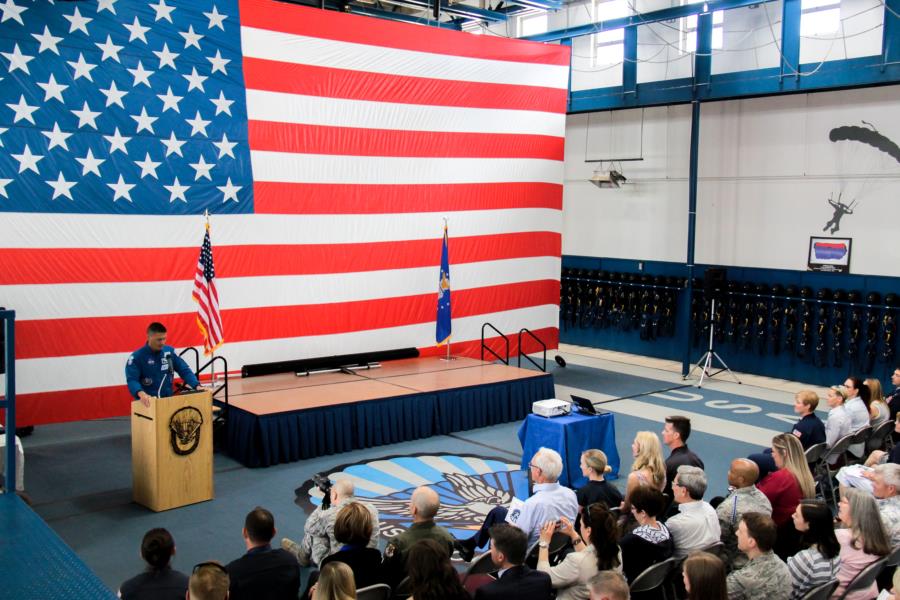 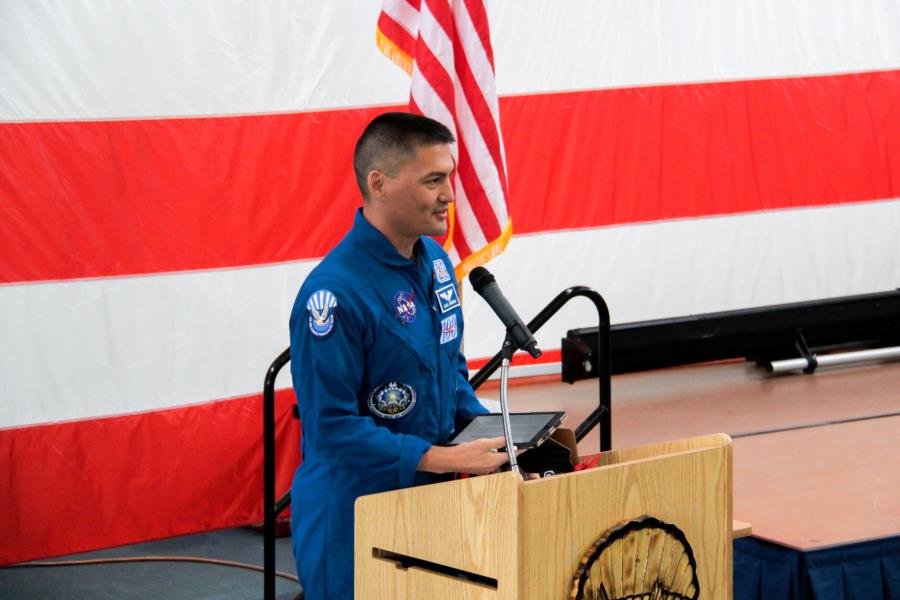 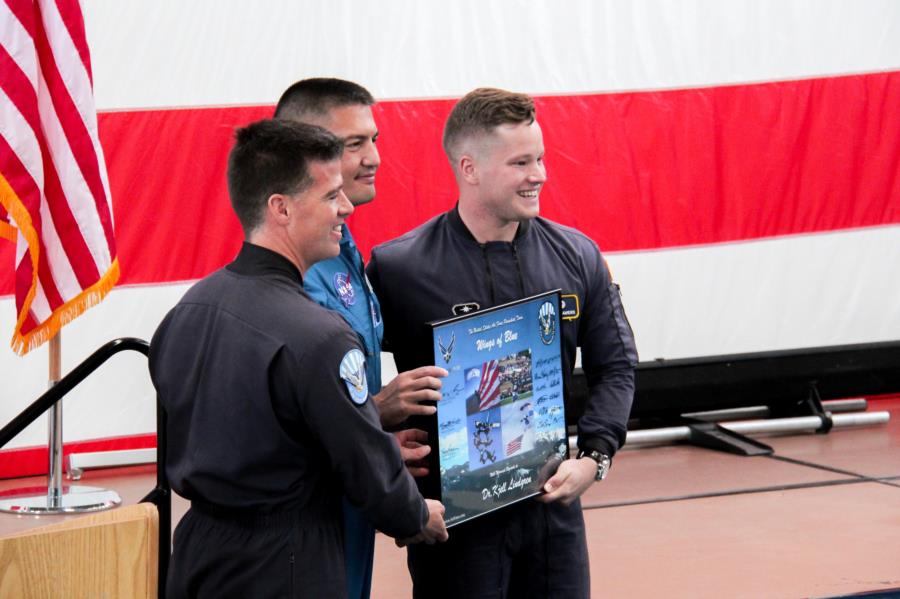 After Dr. Lindgren's speech, he was presented with a signed photo from the Cadets.

Not only did this ceremony signify the promotion of the 2020 Cadets onto the Wings of Blue it also celebrated the Cadets in the Class of 2018, who in two days time will become 2nd Lt's in the US Air Force, cross commission into another US military branch, or if they were international Cadets they will be heading home to serve in their countries military. Congratulations to both the Class of 2018 and the Class of 2020! 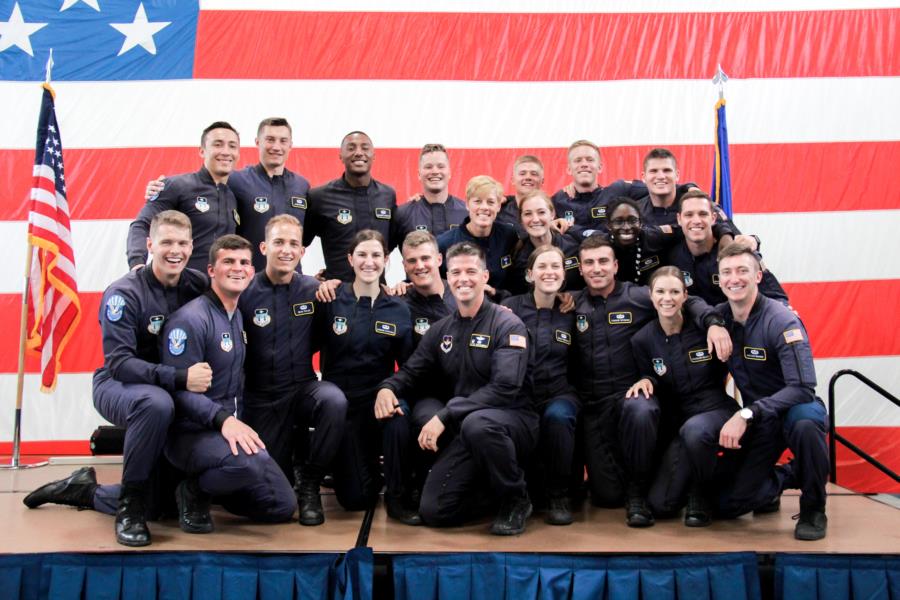 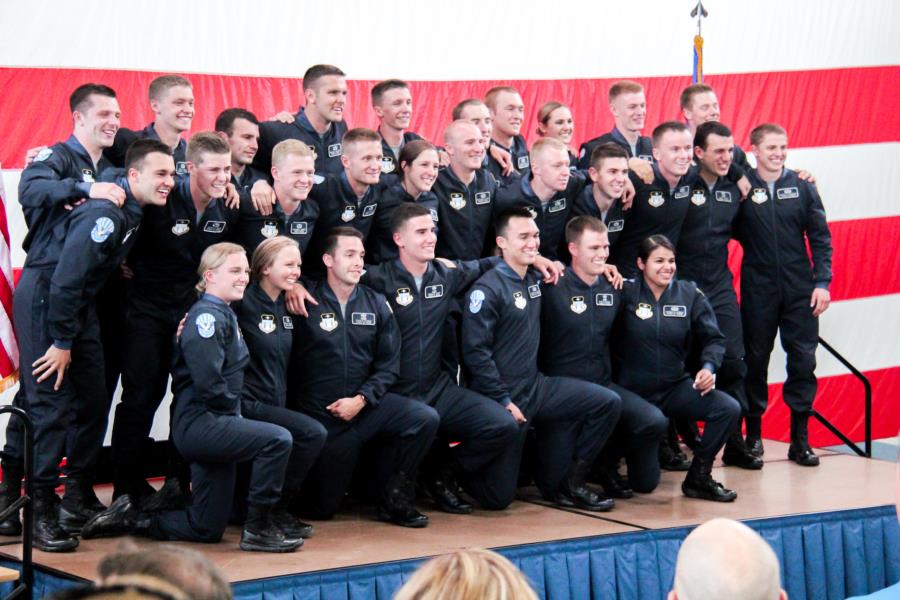 To view the rest of our glimpse into the Blue Suit Ceremony go to; Classes - 2018 - Graduation Week. Pictures start on page 146. Or click the link below.