It was a long day for the Basic cadets yesterday and for you parents, as you said goodbye and then waited for photos from WebGuy to catch a glimpse of your Appointee.  Thank you for your patience as we continue to work our way through the thousands of photos that were taken yesterday.  We will continue to get them up as soon as we can.

WebGuy was able to complete the editing process for three areas of the Basics In-processing yesterday.

Bus photos are ones that many parents have heard about.  This is where the Basics first start to get a glimpse of what the next three weeks will be like with the Cadre (upper classman leading Basic Cadet Training), directing their every move and all aspects of their day.  They are directed to the Buses where they are given small tasks, such as standing in a perfect line with exact distance between each row.  They may be asked to hold up their pens, or get a drink of water. It may seem small, but it is the start of them following directions from the Cadre and learning to follow the directions given by the leader. One must learn to follow, before they can learn to lead!  This area is the final opportunity for parents to see their Basic before Parents Weekend. 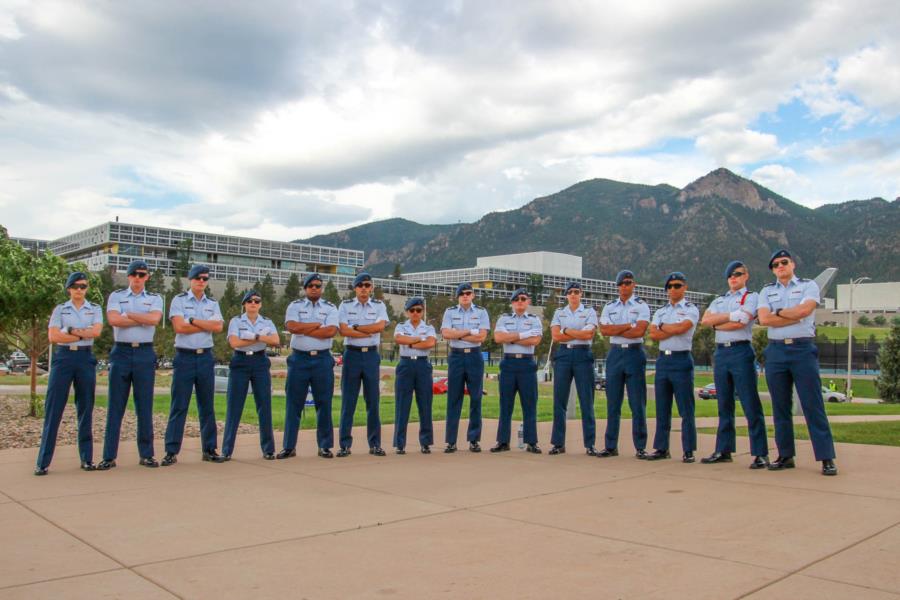 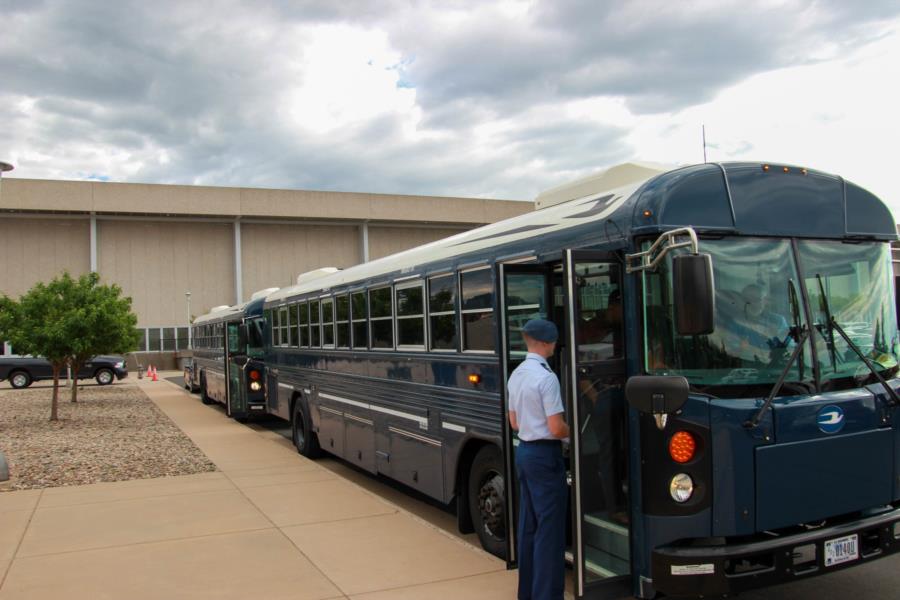 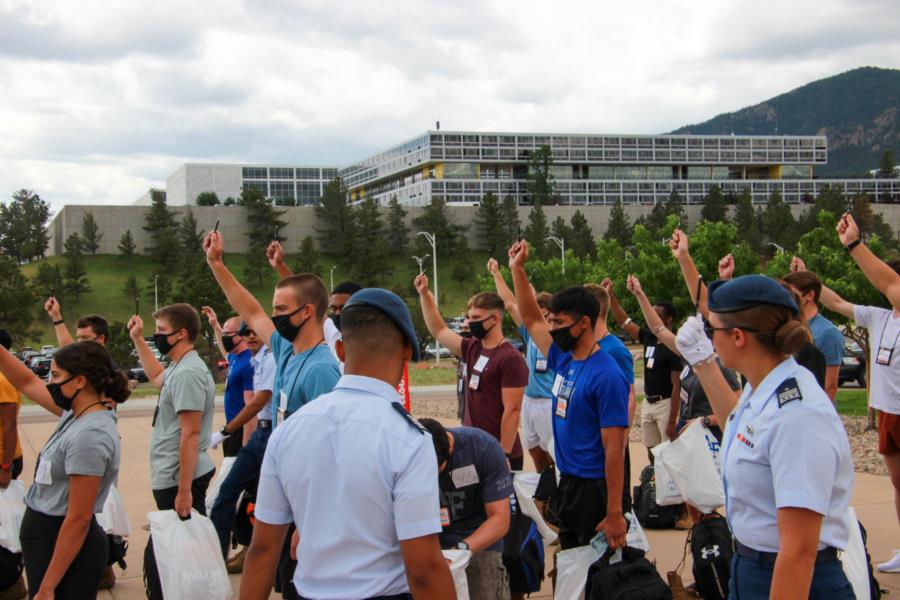 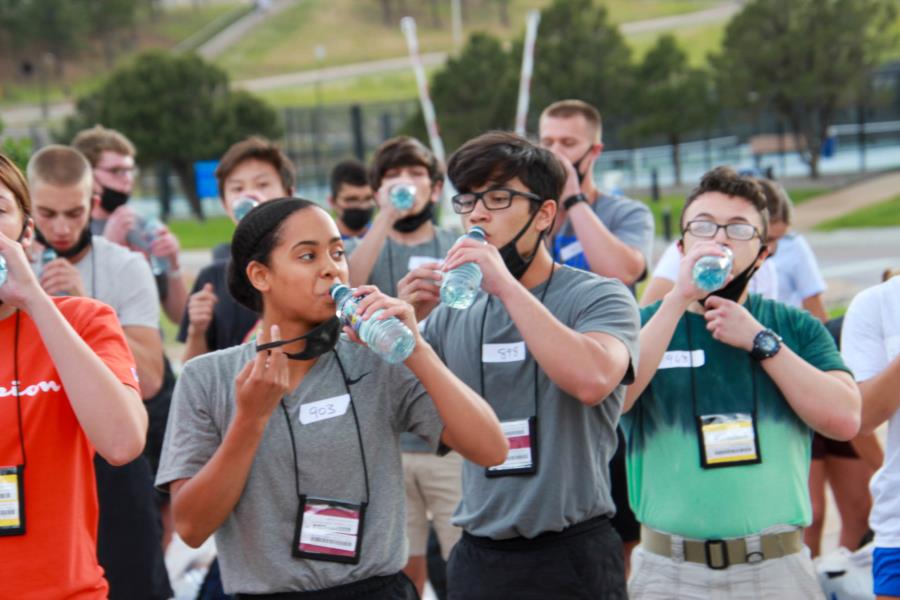 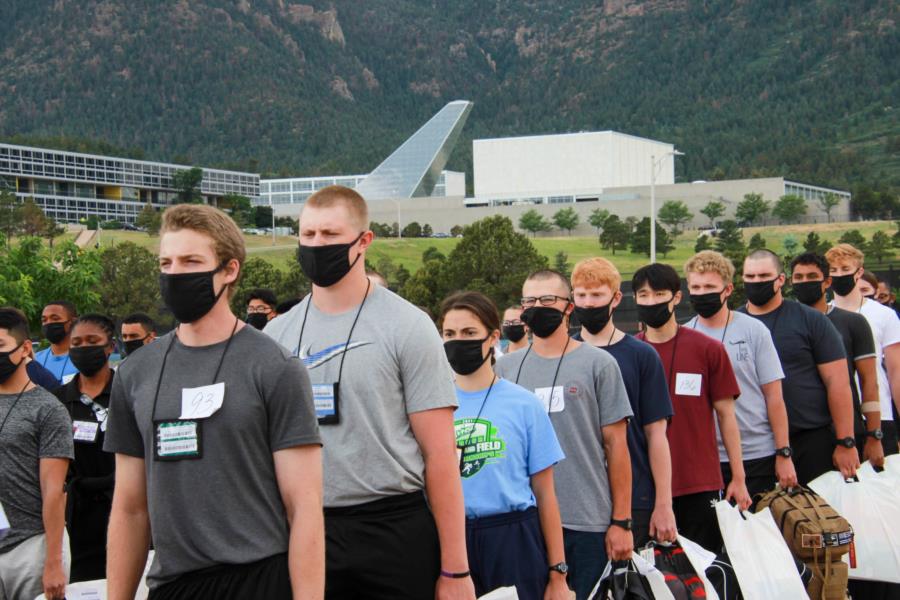 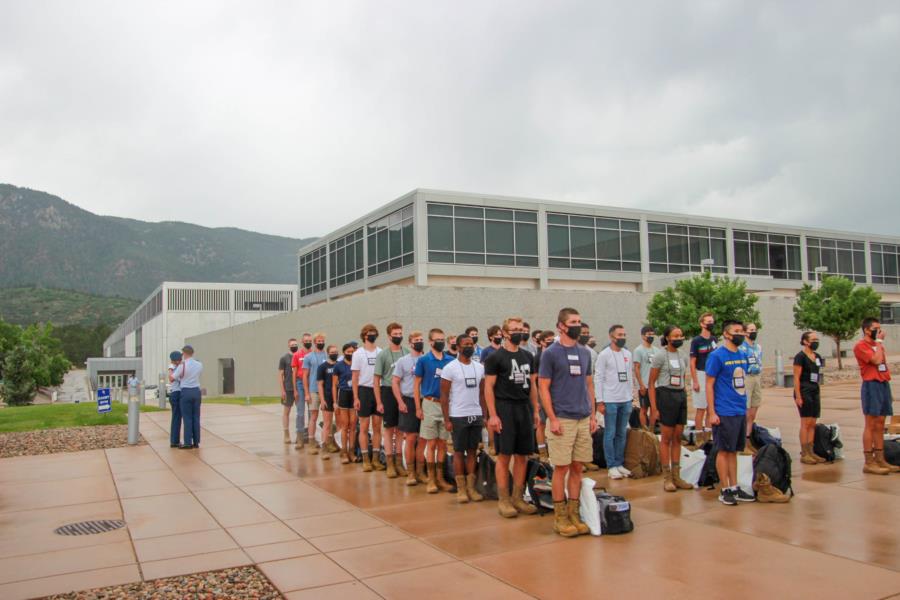 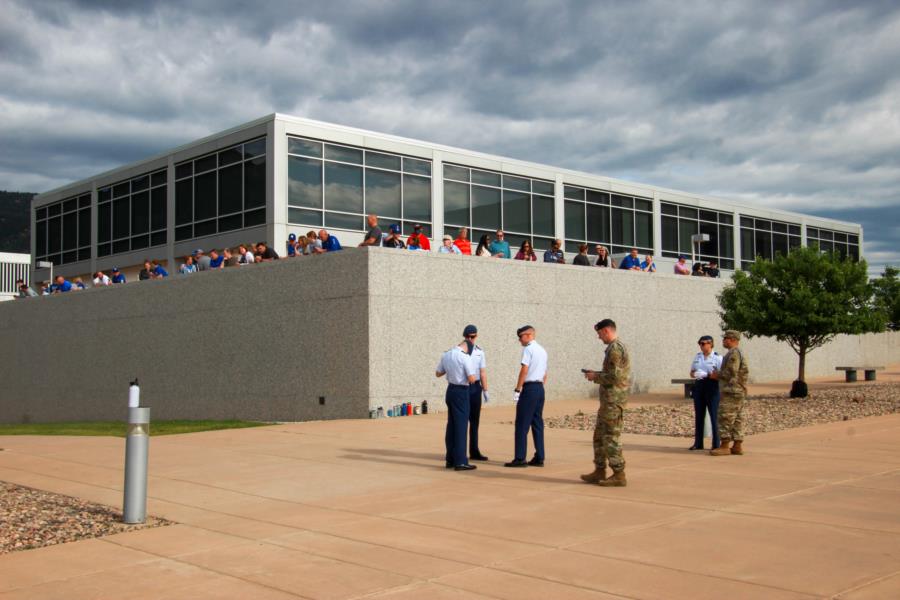 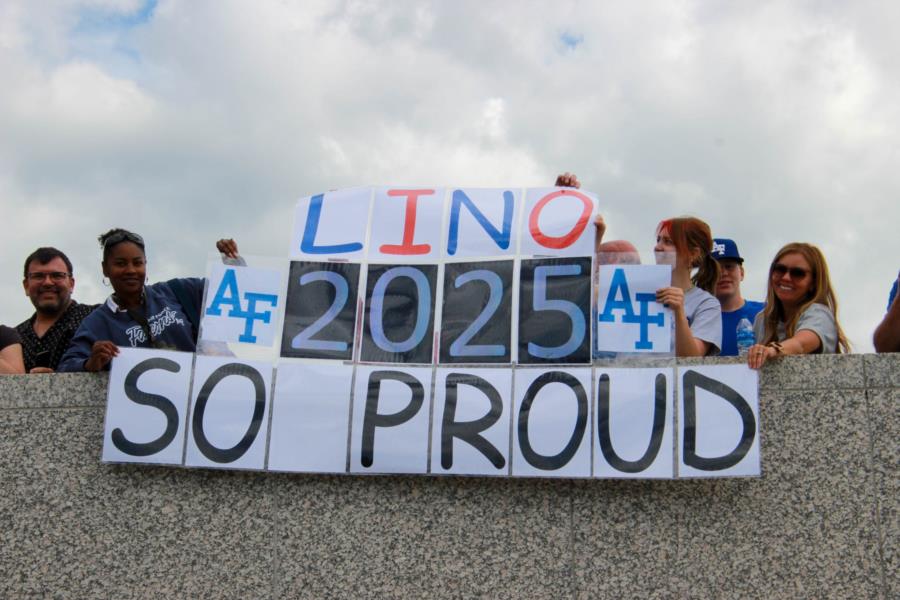 The buses take the Appointees up to the main cadet area known as The Mall of Heroes.  Three statues of war heroes- Karl Richter, Lance Sijan, and Val Bourque are located here and it was designed to serve as an example of graduates who epitomize courage, honor and character.  In front of these statues there are footprints painted on the ground.  The Basics stand on these footprints and face towards the Mall of Heroes.  Here is where they stand in the "Footprints" of those that have gone before them and where their journey begins to join 'The Long Blue Line."  "Footprints" is also the most known part of BCT due to the increased volume (both in numbers and voice!) of the Cadre directing Basics on how to stand at attention, how to address the upper classman, how to stand at rest, and imperfections in how they are dressed.  Due to inclement weather yesterday, there were times the Basics were moved for their safety and did not stand on the "Footprints." They also did not run up the ramp during these times but came up to the Terrazzo using the staircase in Vandenberg Hall. 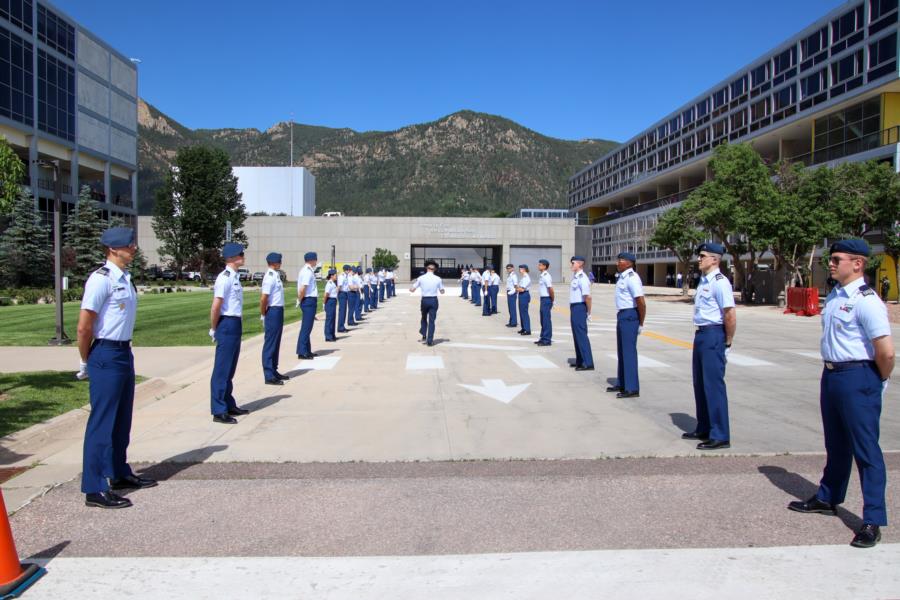 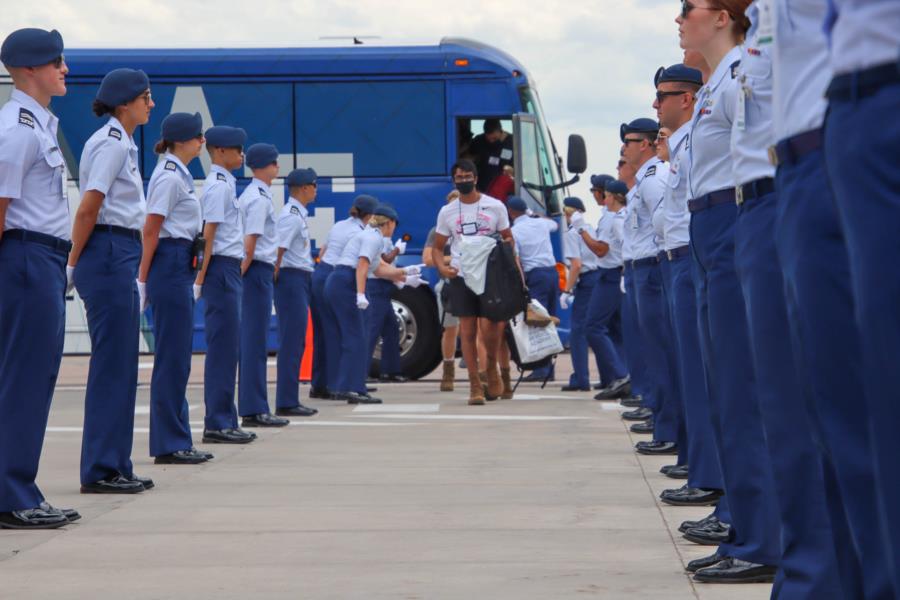 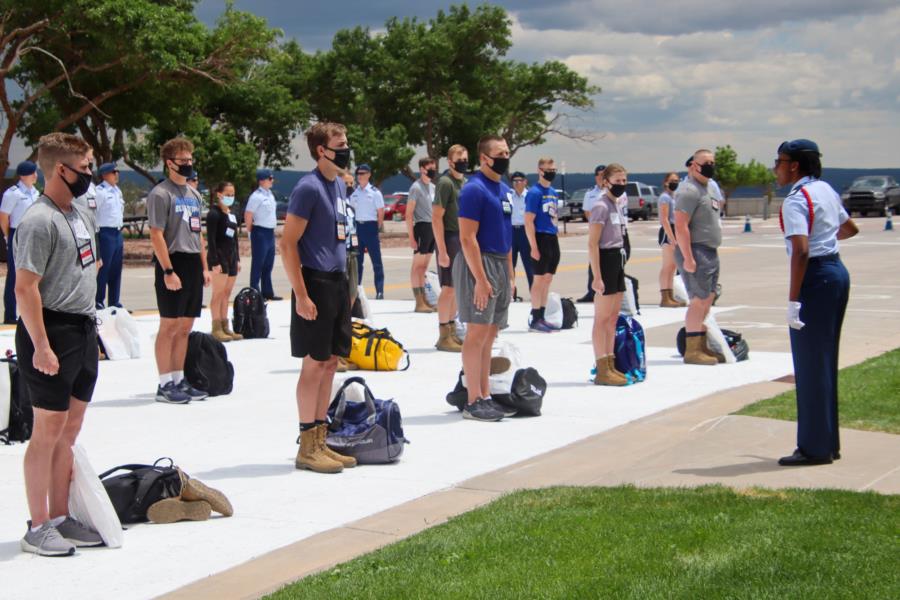 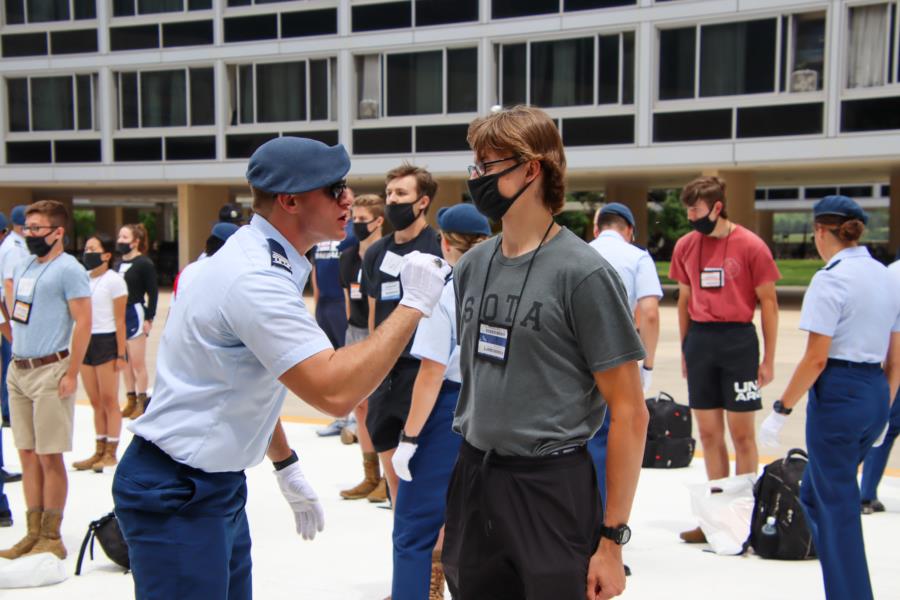 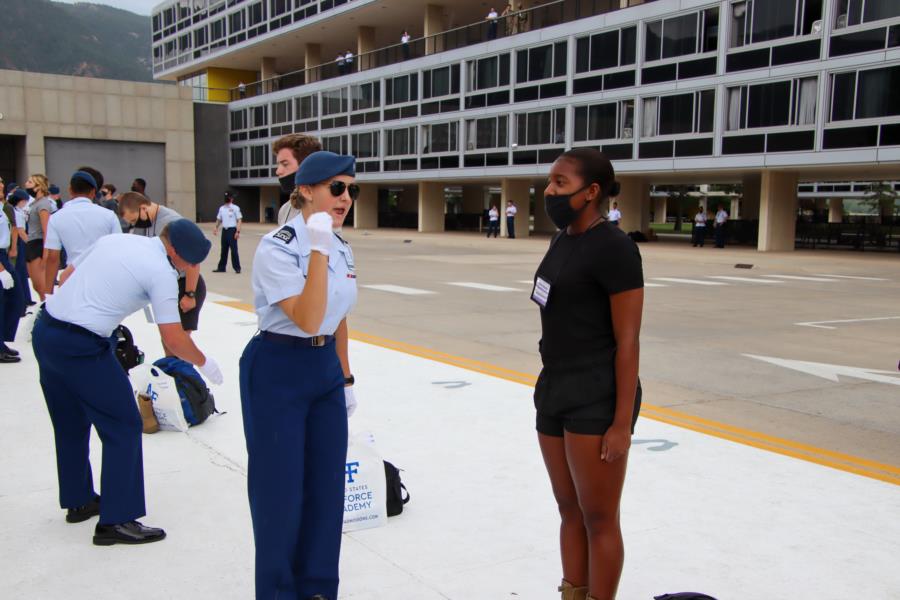 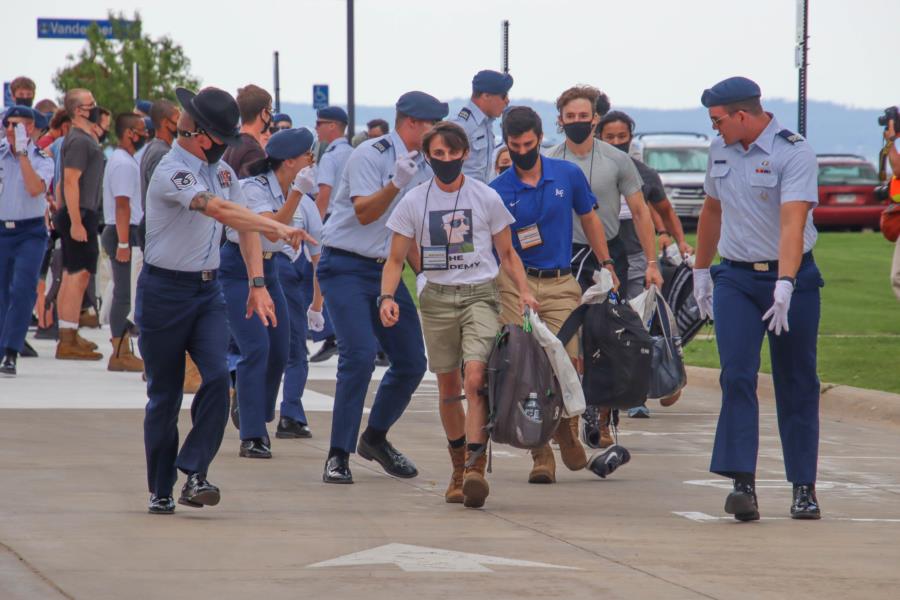 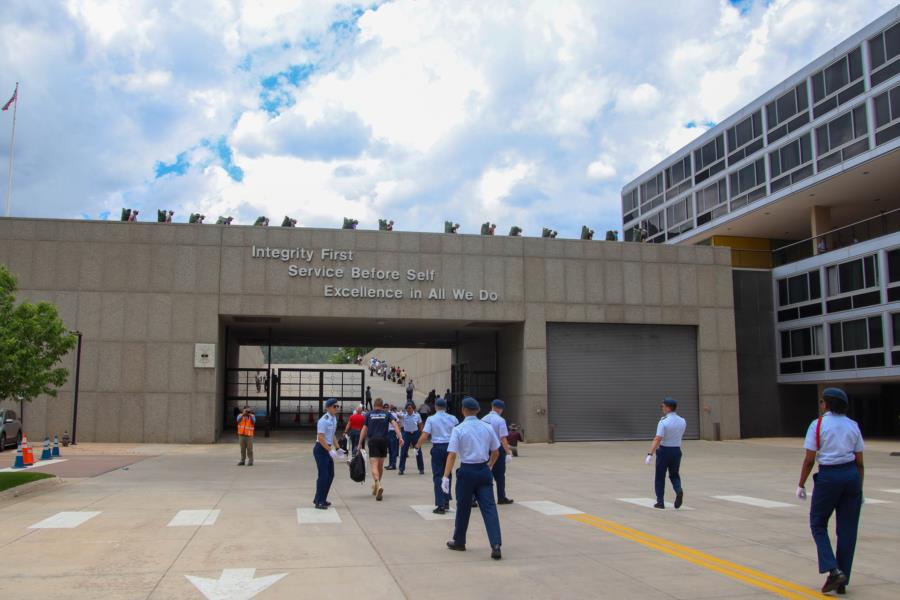 As stated above, the Basics either ran up the Core Values Ramp or up the stairs in Vandenberg Hall (one of the two dormitories at USAFA), giving them access to the Terrazzo area.  The last photos WebGuy was able to edit today was of the Basics on the Terrazo/Vandenberg Hall area. 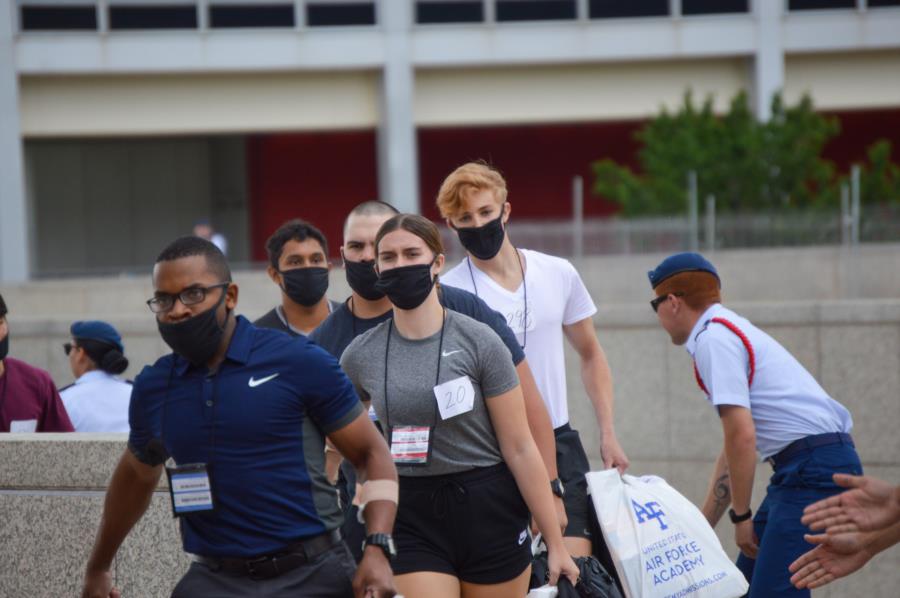 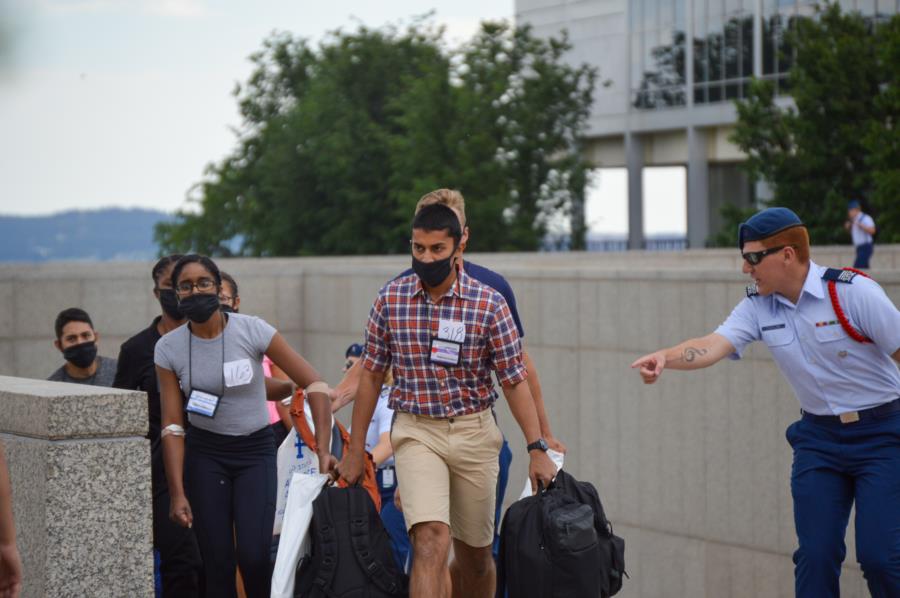 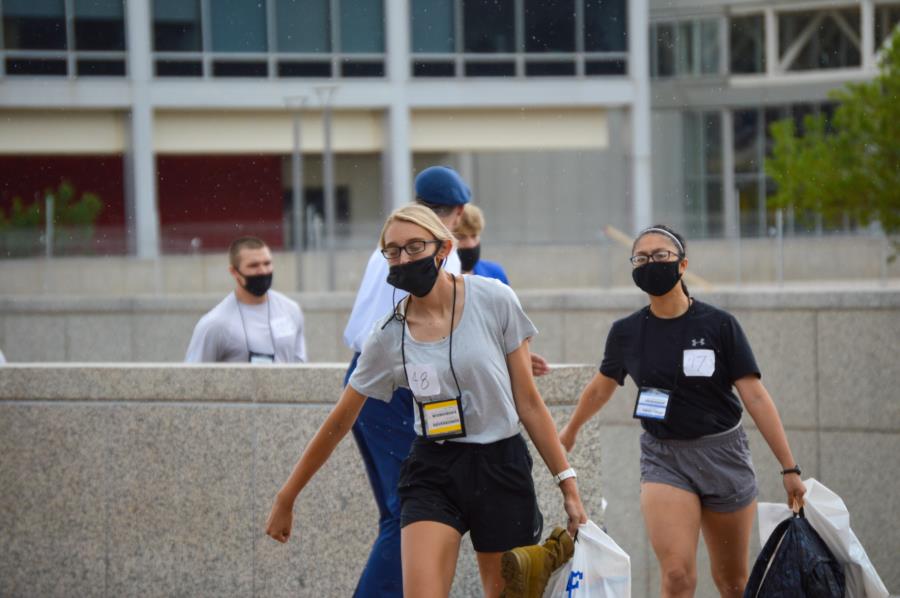 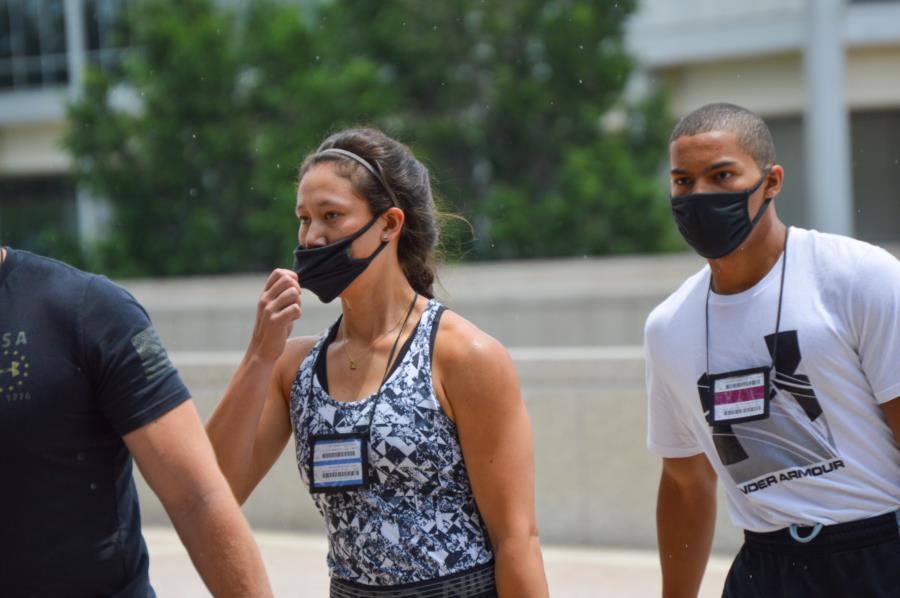 To view the photos from today's edit, go to Classes > 2025 > In Processing.  At the top of the In Processing page, set your photo order from OLDEST to NEWEST.  then select your start page or click on the links below.