This week, USAFA hosted the 29th Annual National Character and Leadership Symposium.  This event was first held in 1993 and has grown to be a national/international symposium.  It is held every February at the Air Force Academy and the two day event features speakers from all over the country and some international speakers as well.  The 2022 National Character and Leadership Symposium (NCLS) was a hybrid event and offered a combination of in-person and virtual sessions.

Each year the symposium has a theme that is selected based on the overall mission of the Academy.  The theme this year was Ethics and Respect for Human Dignity.  Cadets were encouraged to attend as many speakers as they would like and their schedules would allow.

We were able to attend a couple of events during the symposium and the speakers included George Takei,

The speakers shared their own experience with the character and leadership implications of making ethical decisions, overcoming bias, and promoting inclusivity, among other important topics.  You can go the the USAFA Offical Website to find a list of all the speakers and their biography or click on the link below.

Mr. George Takei was the opening speaker for NCLS 2022 and was held in Clune Arena with the majority of the cadet wing attending. Takei is an actor most known for his role as Hikaru Sulu, helmsman of the starship Enterprise from the original TV series Star Trek. He is also the author of four books, including his autobiography To the Stars. His fifth book, the New York Times bestselling graphic memoir They Called Us Enemy, was released in July 2019.  Mr. Takei spoke of his experience  being in the Japanese American internment camps as a very young boy of just 5 years old. Mr. Takei concluded his speech with the message that 'Democracy is just words on paper and is only given meaning when people put those words into action. Democracy is only as strong as its people.'  Mr. Takei answere a few questions from cadets after his speech. 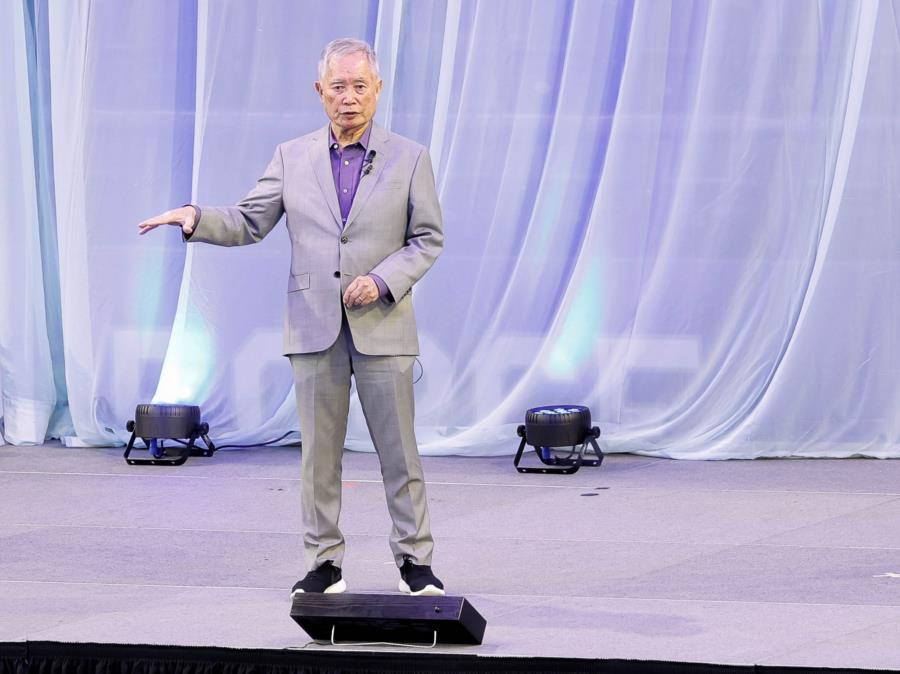 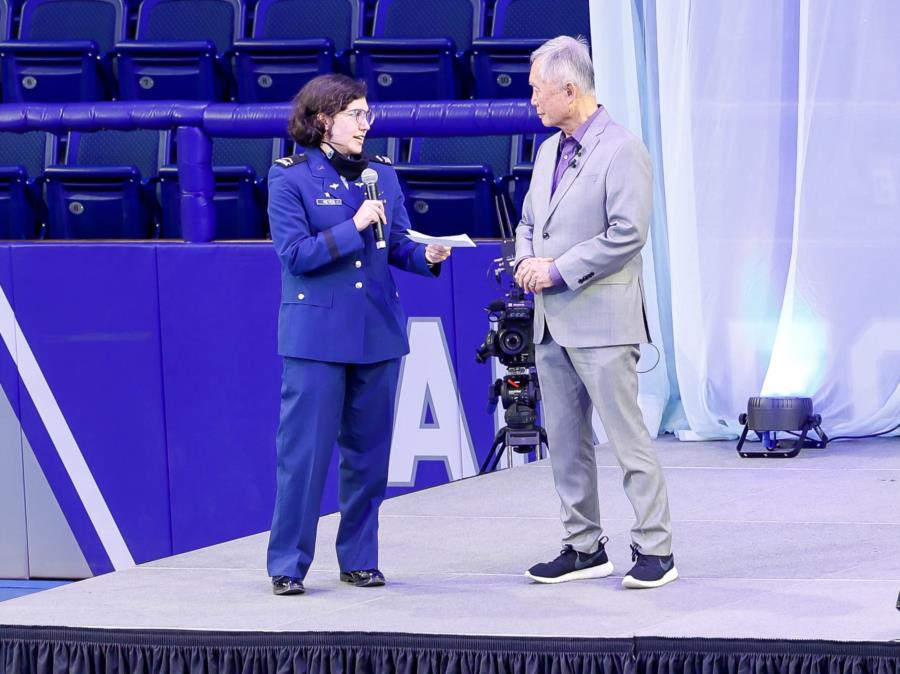 Below is the link for his biography

Three C-17 crew members, Lt. Col Alex Pelbath-Director of C-17 Special Operations, Capt. Jasmine Leyro-Pilot, and Capt. Hannah Swysgood-Flight Nurse, spoke about their experiences participating in Operation Allies Refuge.  This was the operation that was televised worlwide of the evacuation of Afghan refugees.  This operation really touched on this years NCLS them of Ethics and Respect for Human Digity.  The personnel that participated in this operation had to find a way to accomplish the mission while still honoring and respecting a different culture and way of life while trying to get them to safety.  Their stories were truly amazing and inspiring. 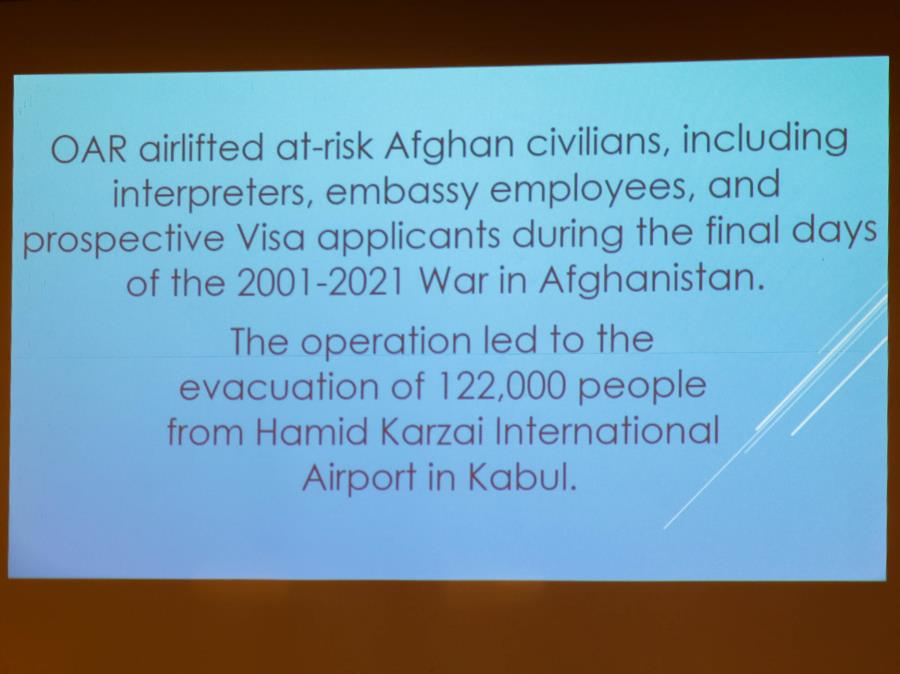 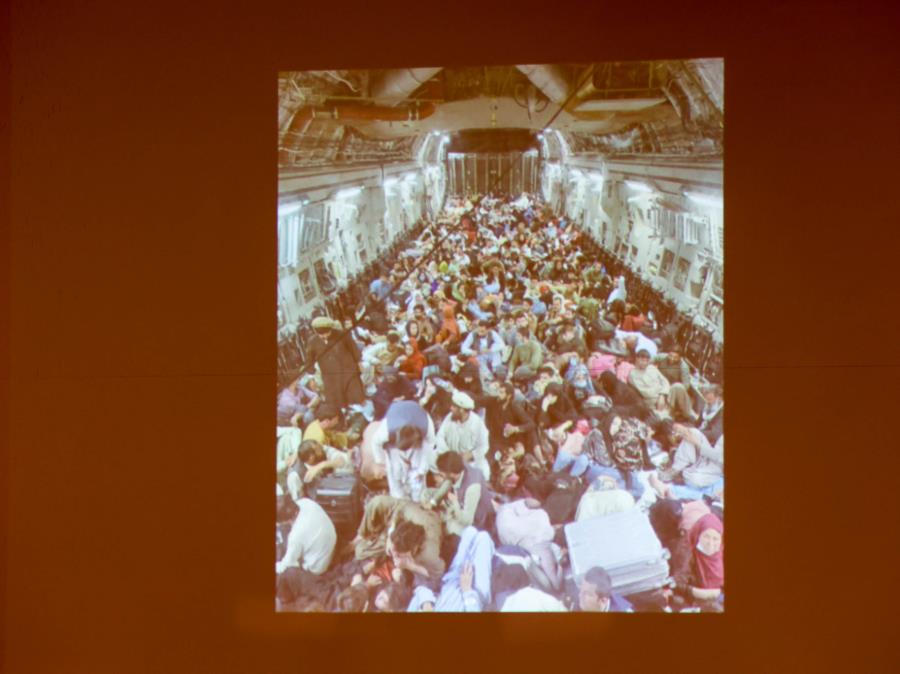 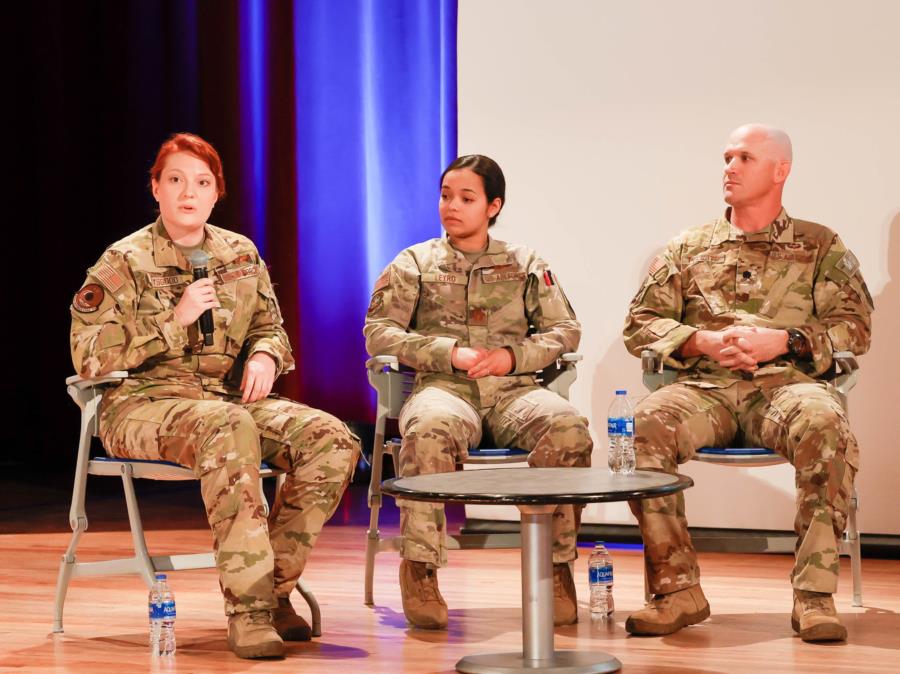 Link below will take you to their individual Biography.

Dr. Carson states 'The values and principles that produced outstanding characteristics like, honesty, compassion, hard work, innovation and decency are at least as important today as they were when our nation was born.'  This was the foundation of his speech. He also stated that 'America does not have a perfect history, but it is our history.  Our history needs to be taught correctly and not be rewritten.  Our history is what makes us Americans and who we are today.' 'Our diversity is not our problem, it is our strenght.'  These were some of the words from Dr. Carson during the keynote address at the end of Thursday's National Character and Leadership Symposium.

His message of celebrating America and its strengths, while learning from our mistakes and the past, is what will drive America forward and continue its greatness.  His message to cadets was to judge someone by their content of character and not by appearances.  Do not be a victim, but use those challenges in life to push oneself to be better to others and to grow as a person and a humanitarian.  To be a good leader, understand those that you are leading. They will not all be the same. 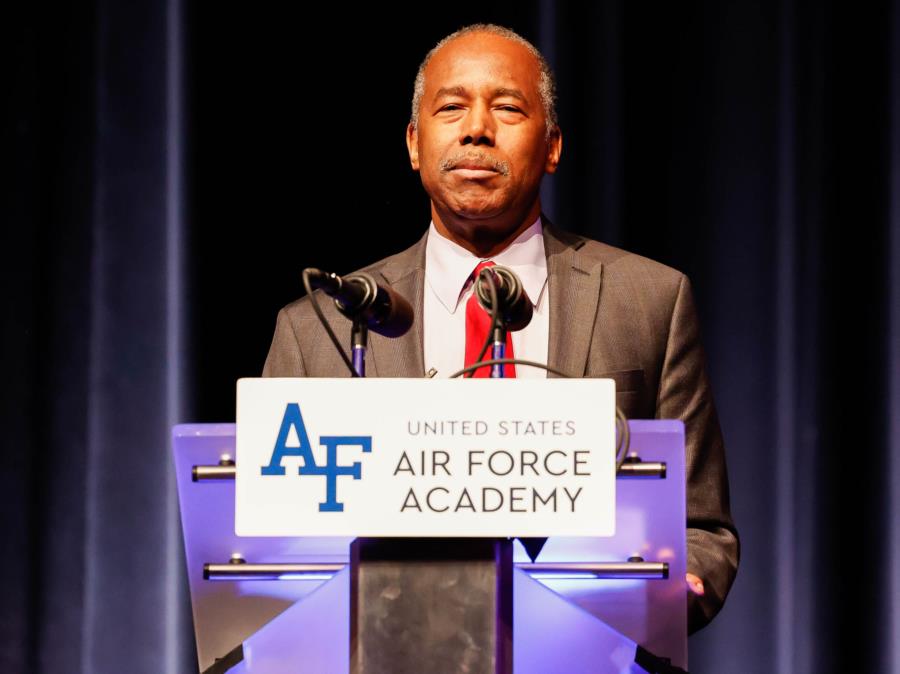 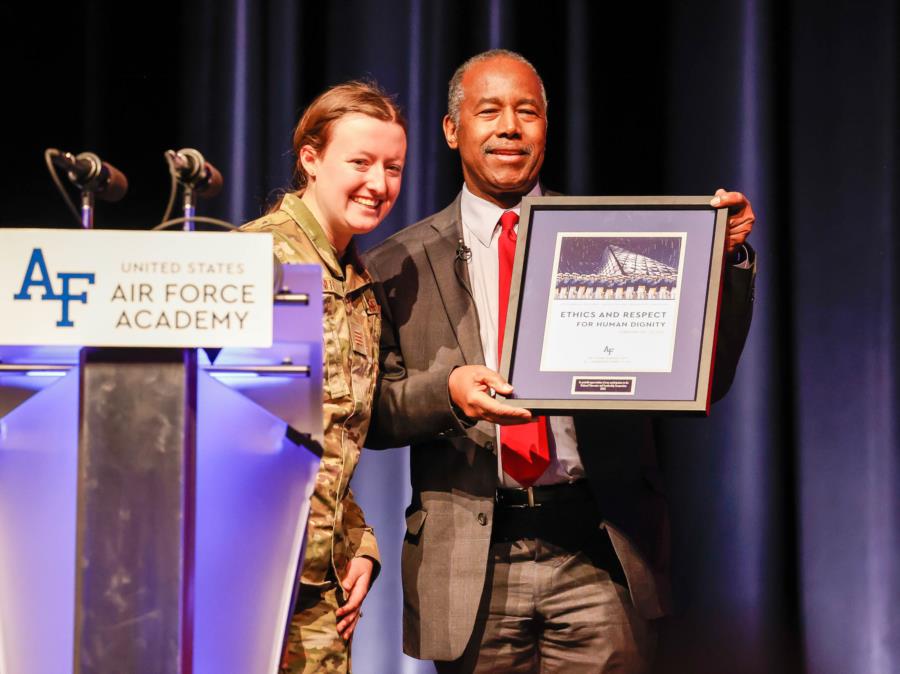 Below is the link to his Biography

Brig. Gen Drowley and Simon Sinek have been best friends for years and joined up this year to participate virtually in the National Character and Leadership Symposium of 2022.  Brig. Gen Drowley spoke about Leadership under the pressures of combat. Simon Sinek joined the conversation and added insight into leadership and friendship and gave a unique persepective of how it has affected his life in the civilian world.  Both spoke quite a bit about Integrity.  Integrity seemed to be the cornerstone for both of them throughout their careers.  Their friendship has played a significant role in their lives and they both help keep one another accountable for their actions and help one another follow a path of integrity.  They spoke about thinking of Ethics and Integrity as an action, not just a thought or emotion. Simon spoke of surrounding oneself with people of integrity and ethics because ethical beliefs and living an ethical life are fading.  Integrity and Ethics play a large role in leadership and leadership should be done by example. Simon states, 'We are only students of leadership.  There are no experts.' 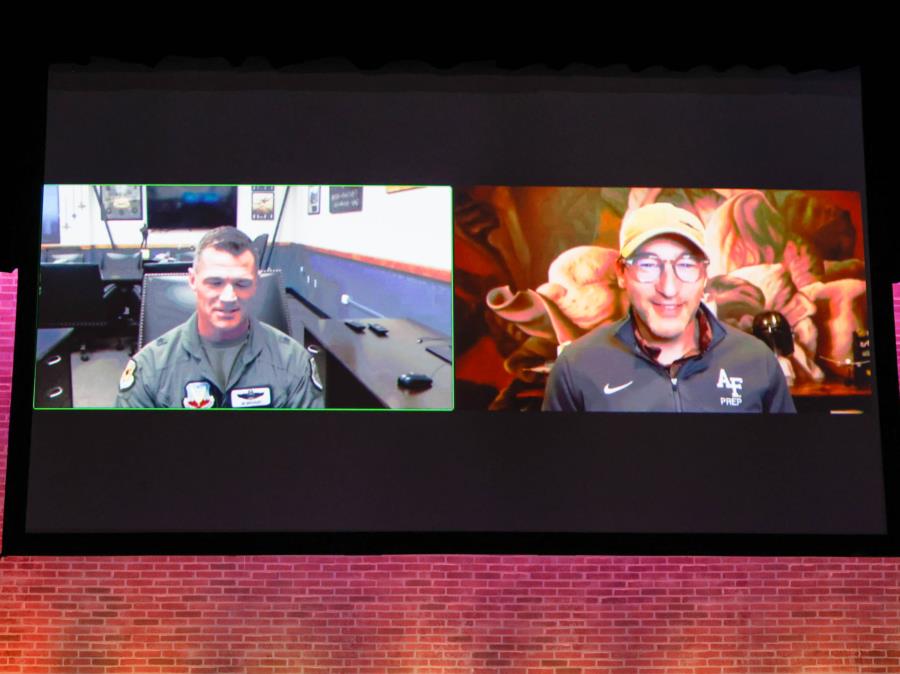 To read more about them you can click on the links below for their individual Biography.

Lt. Col. Alexander Pelbath, a United States Air Force Academy Class of 2001 graduate, is the first-ever recipient of the Sullenberger Award for Courage.

The award is named in honor of Ambassador Chesley “Sully” Sullenberger, USAFA Class of 1973, the retired US Airways captain who saved 155 lives on Flight 1549 in 2009 — dubbed the “Miracle on the Hudson.”

The award is presented to an Air Force Academy graduate who distinguishes himself or herself  through a series of events or a singular act of bravery in the military, civilian world, business sector or local community in a calendar year. The honor is presented jointly by the Air Force Academy and the USAFA Association of Graduates, in cooperation with Ambassador Sullenberger.

As director of C-17 Special Operations for the 437th Operations Group at Charleston Air Force Base in South Carolina, Lt. Col. Pelbath’s leadership and bravery significantly contributed to the successful evacuation of an estimated 124,000 Afghan refugees, 79,000 of whom were airlifted on C-17s out of Kabul in August 2021. It was ultimately the largest air evacuation in history.

Lt. Col. Pelbath and his team were part of the Afghan evacuation from day one. His C-17 delivered ground forces to help secure Hamid Karzai International Airport (HKIA) as Kabul fell to the Taliban. As he was preparing to leave HKIA, Lt. Col. Pelbath was asked if his plane could transport a few outbound passengers.

During Operation Allied Refuge, Lt. Col. Pelbath personally led 18 missions into and out of Kabul, Afghanistan. On one particular mission, a suspected suicide bomber made it onto Pelbath’s aircraft. After a complete search of refugees onboard, the bomber wasn’t identified. Lt. Col. Pelbath made the decision to continue the evacuation.

His was also the last aircraft off the ground on Aug. 31, 2021, ending the United States’ 20-year conflict. 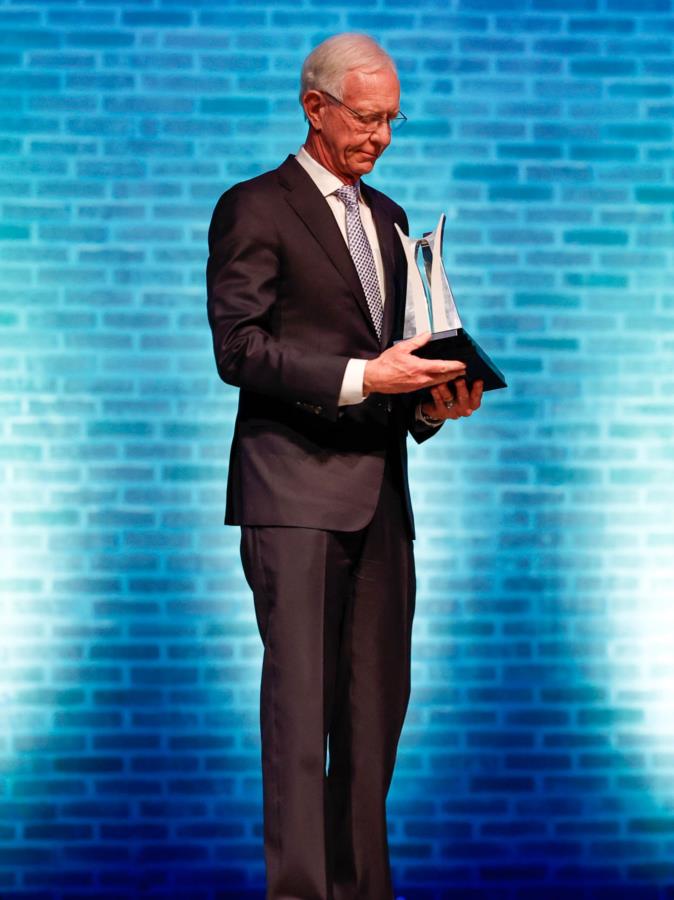 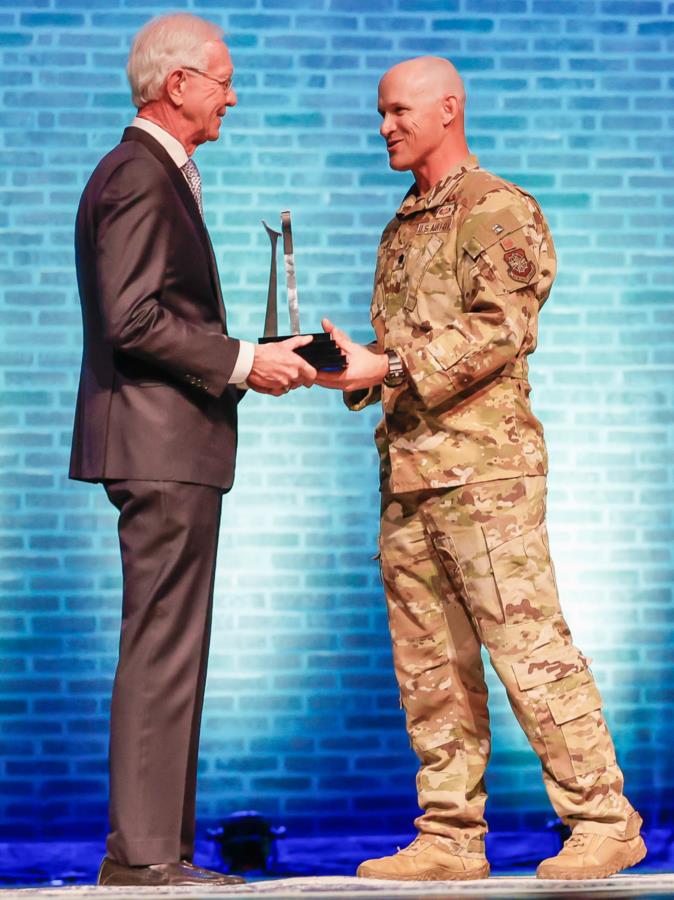 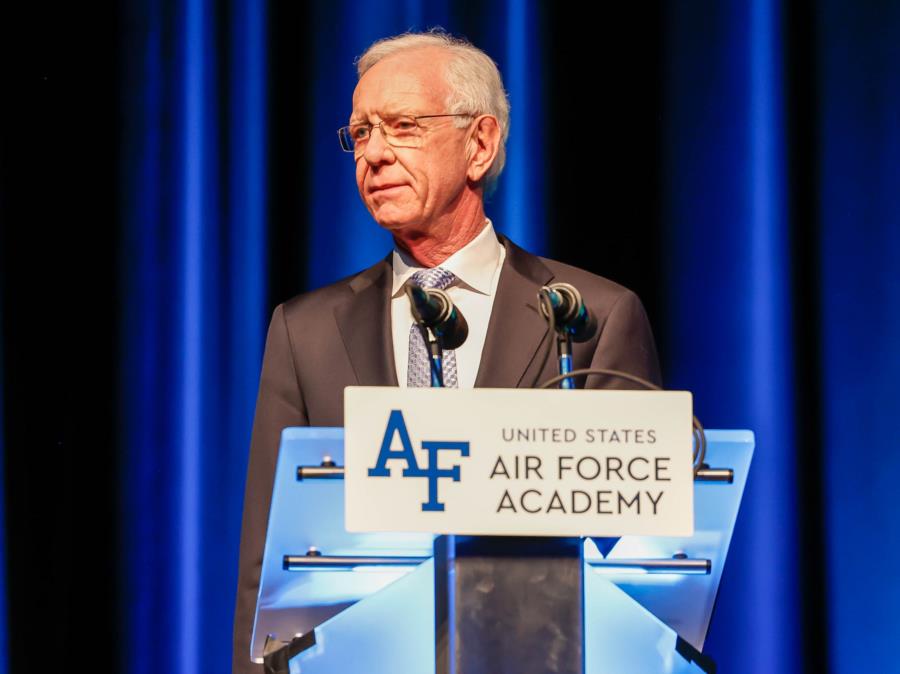 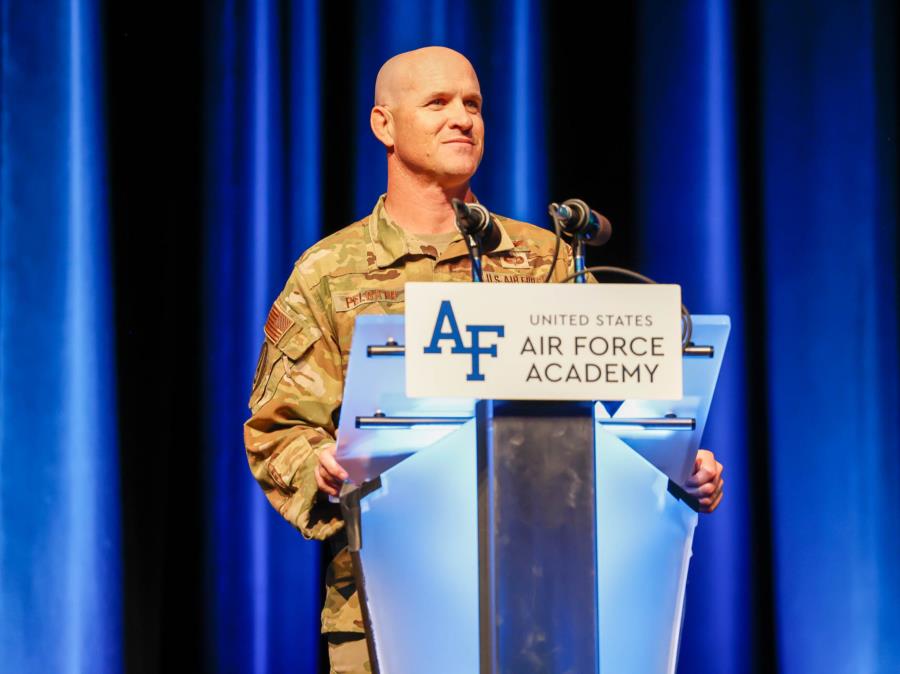 To read the full Biography of Lt. Col Pelbath, you can go to the Association of Graduates Website or click on the link below.  Above information is an excerpt from the AOG website.

***Photo order must be set OLDEST to NEWEST for the link to take you to the correct start page.