We were out at the airfield most of the week trying to capture photos of both students and Instructor Pilots (IP’s) during this current soaring session. Due to poor weather conditions and other unforeseen circumstances, we were unable to get everyone on T days.

The 94th Flying Training Squadron conducts more than 20,000 training and competition glider sorties (flights) each year with the focus being on developing officers, leadership and character.

During the fourth-class academic year, the cadets will participate in the Introduction to Soaring Program (AM 250), which consists of 4 flights with one of them being an acrobatic flight.  This gives the cadets an opportunity to see if aviation is a career they would like to pursue once they graduate from the Academy. During the summer before their third-class year, they can enroll in Basic Soaring (AM 251), which consists of 14 glider sorties with the opportunity for a solo flight (depending on proficiency). Approximately 330 cadets participate in the Basic Soaring Course.  Basic Soaring graduates are eligible to apply to become Cadet Soaring Instructor Pilots (AM 461). Cadet Instructor Pilots conduct 95% of all glider flight instruction and go through a yearlong upgrade program during their third-class year to become Instructor Pilots (IPs).  This earns them their G-Wings and the title of “Youngest IPs in the Air Force”. Some Cadet IP’s compete nationally in aerobatics and sailplane racing team competitions.  The squadron operates 24 sailplanes (gliders) with 7 tow aircraft.

Students are seated in the front of the glider with the instructor directly behind them.  Student and Instructor both have a full set of controls which allows for hands on learning and instruction. 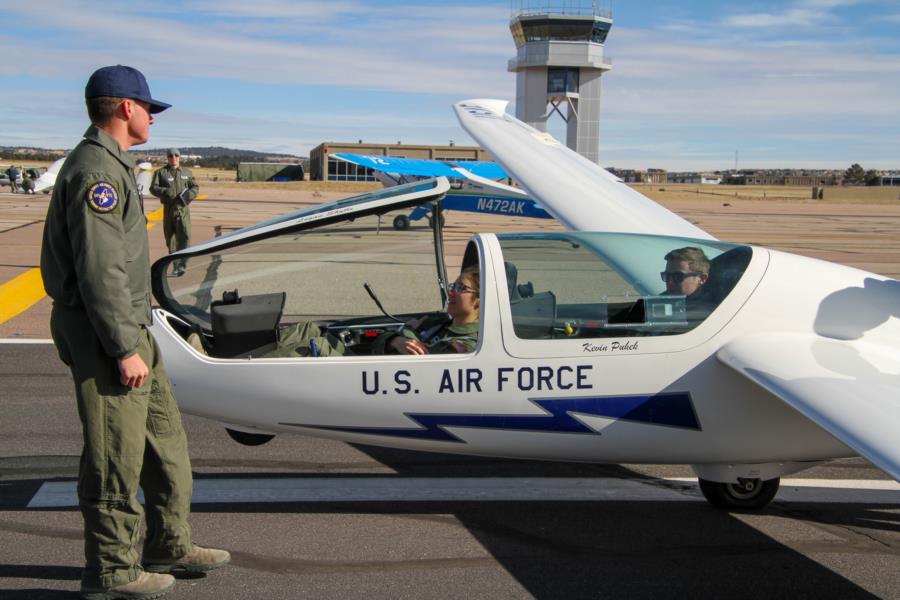 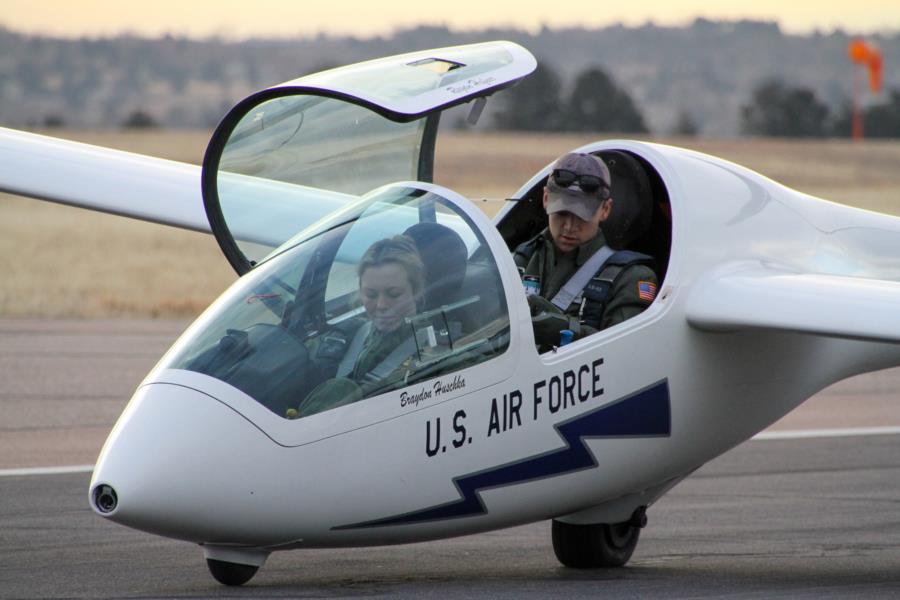 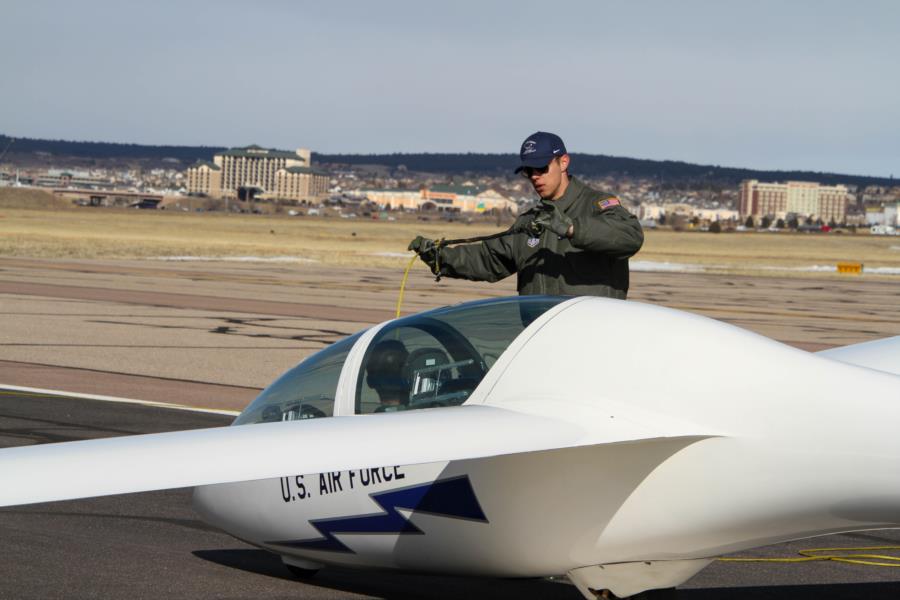 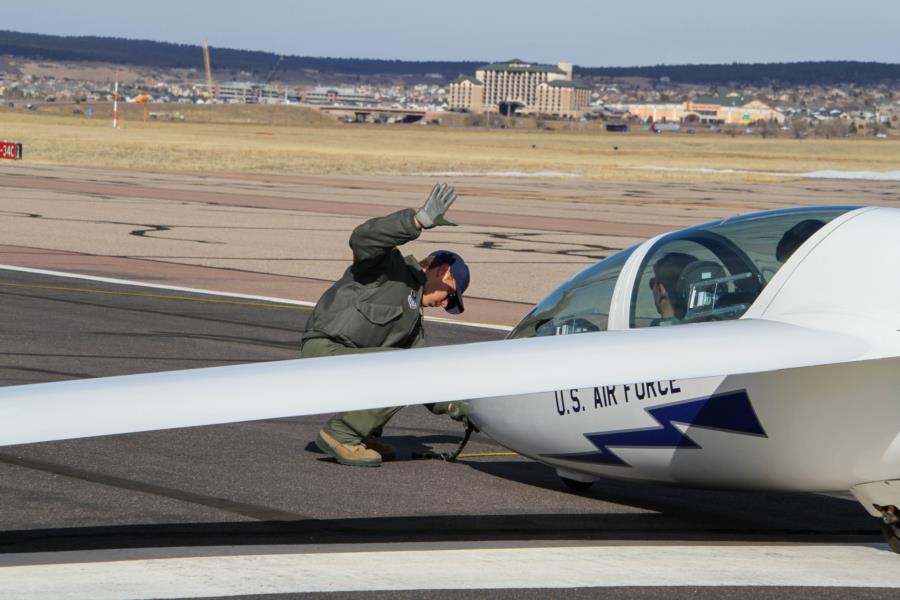 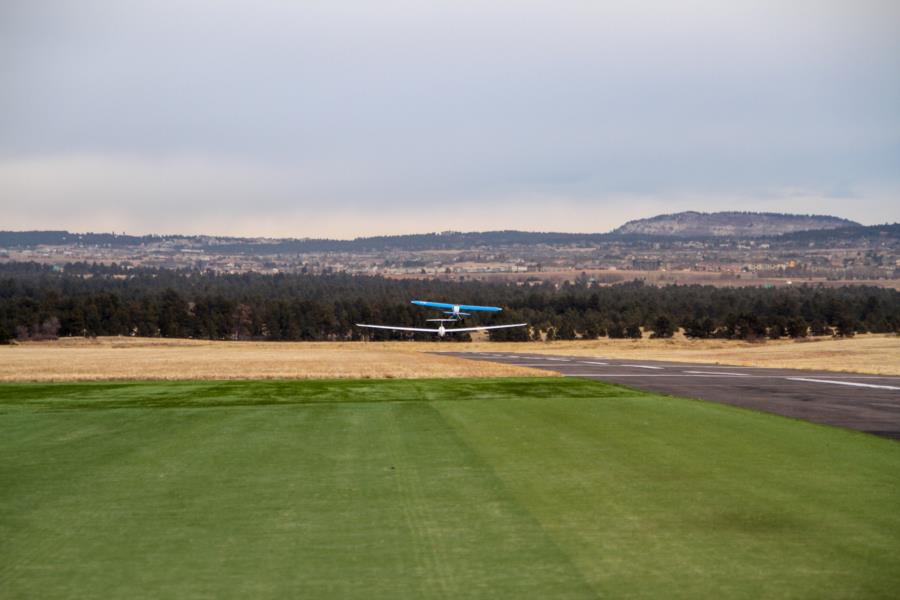 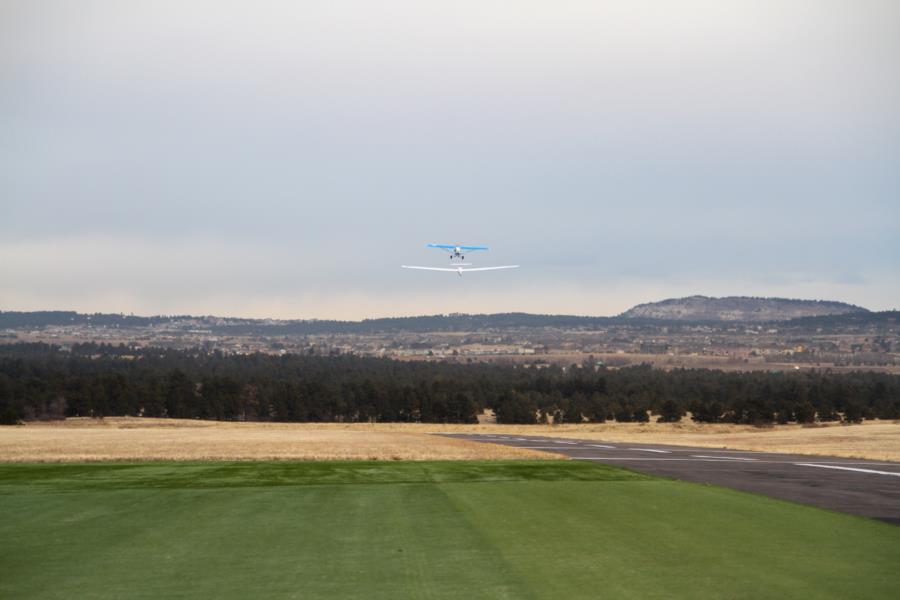 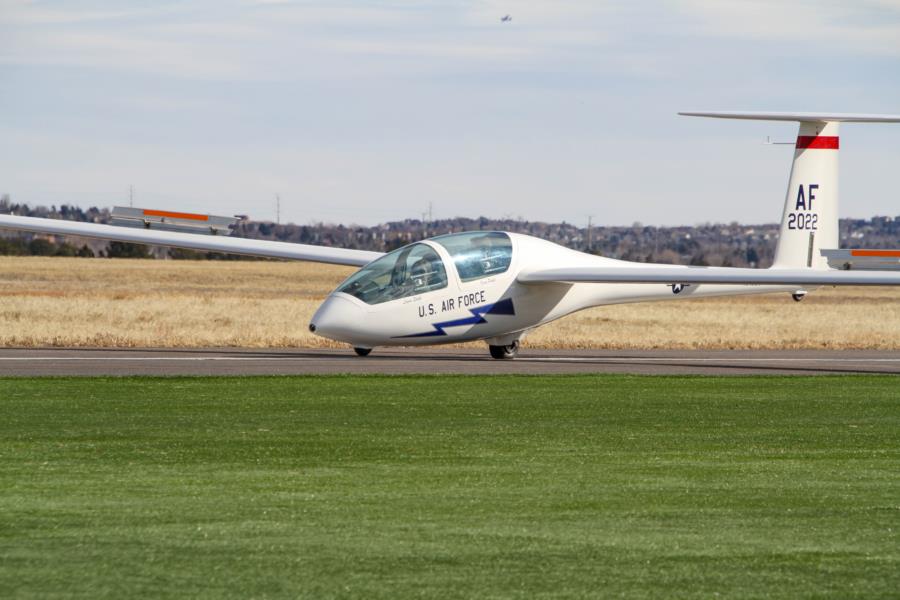 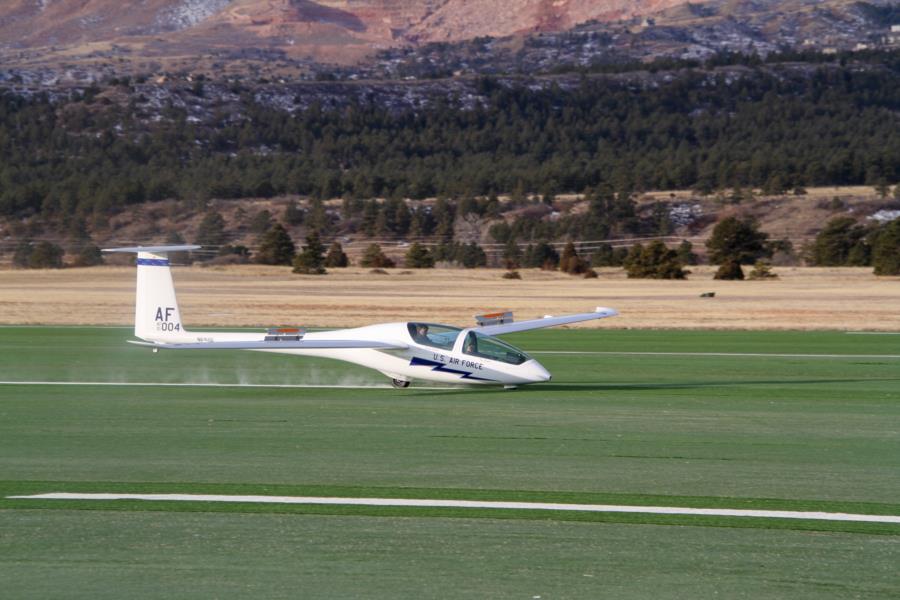 The cadets get an extra workout for the day when bringing the gliders back to the runway for the next flight! 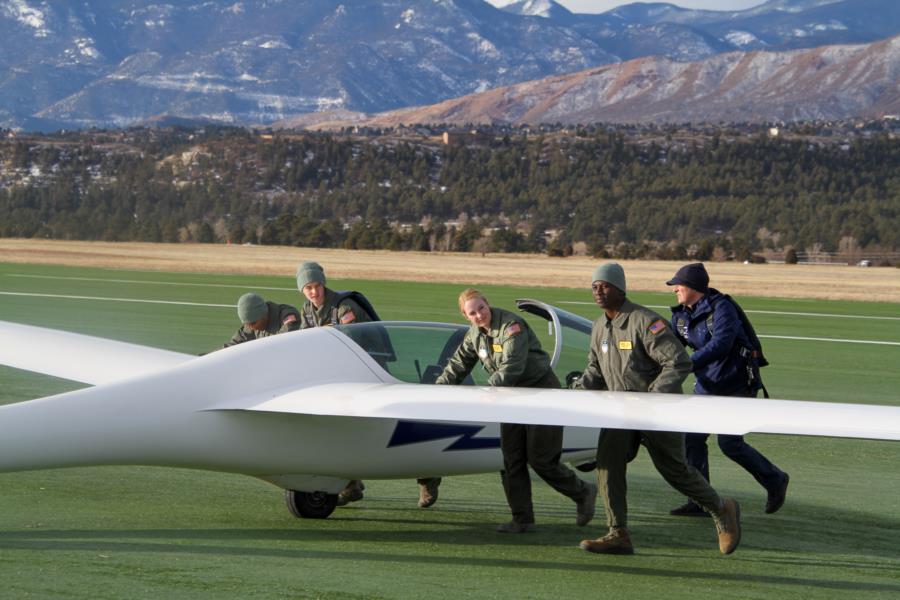 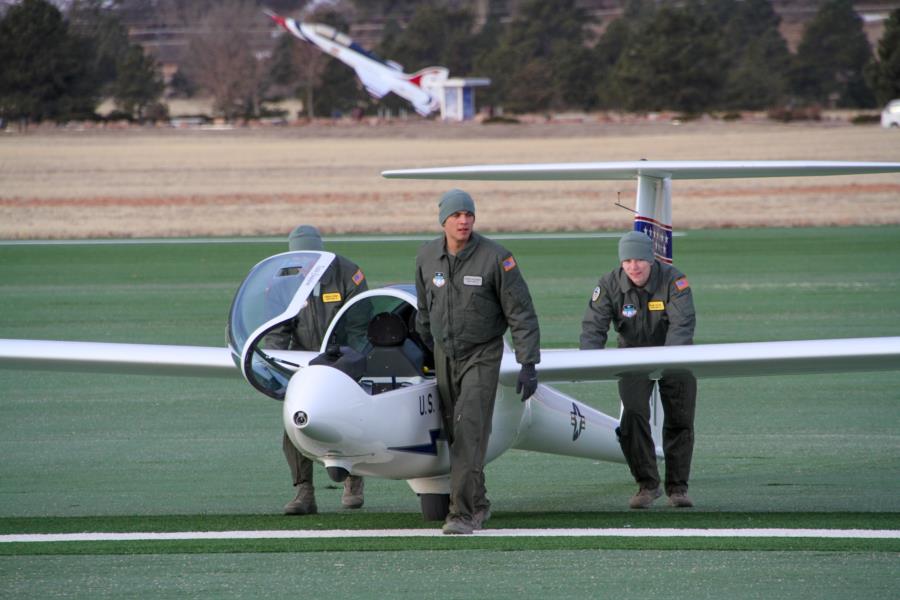 To view the rest of the pictures of this Soaring Session go to: Galleries > Airmanship > Soaring or click the link below.