March Out to Jacks

Today 1,071 members of the Class of 2026 headed out to Jacks Valley for their encampent portion of training. Marching over 6 miles they made their way from the Terrazzo into the wooded area of Jacks.

On this day back in 1955, the first class of USAFA started their training at Lowry AFB. In 1955 the day was national news, today in 2022 the day is still covered, but this time by the WebGuy team.

For a quick history lesson, you can watch this video on Lowry and the Class of 1959.

For present day, here are some highlights from the March Out and set up out in Jacks.

The March began on the Terrazo this morning after breakfast, as all the Basic Squadrons lined up for the hike to Jacks Valley.  Lucky for the basics and their cadre, the morning was nice and cool, especially compared to the record heat that Colorado Springs received over the weekend. 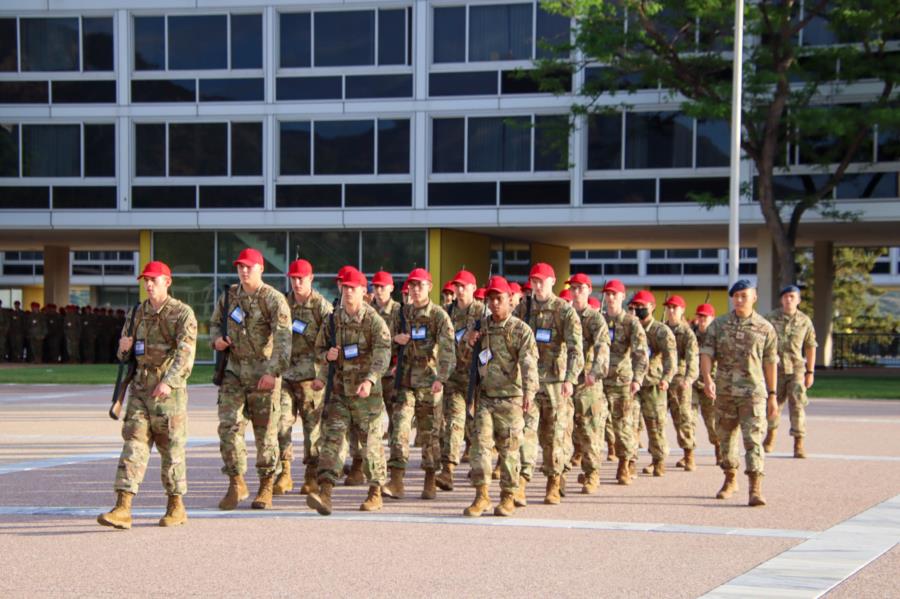 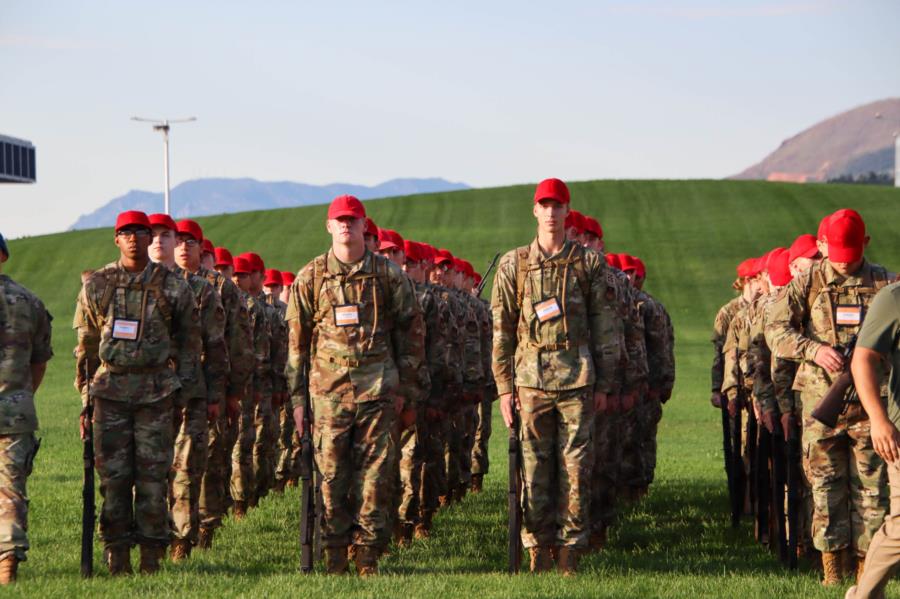 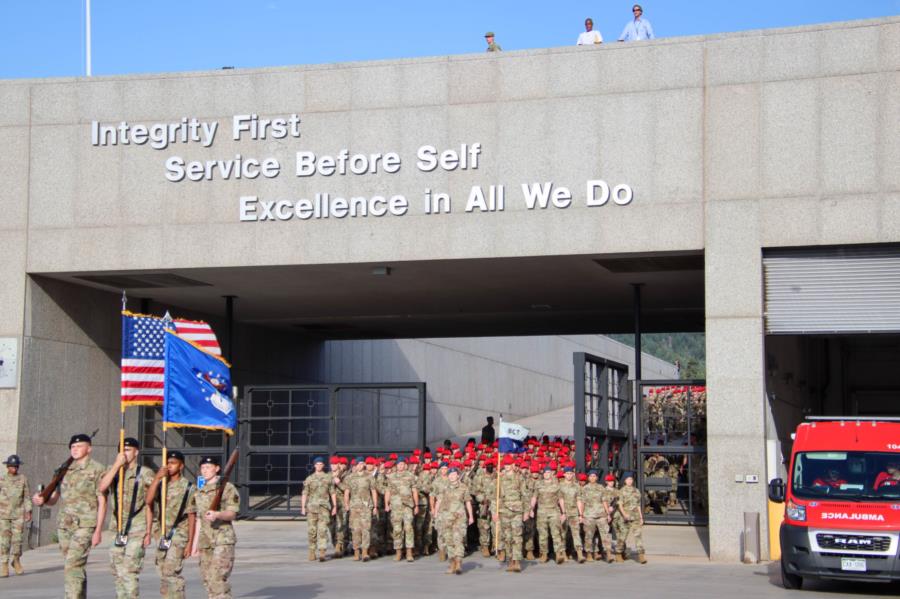 Along the way, fans of USAFA were there to cheer on the Basics as they begin their next step in BCT. 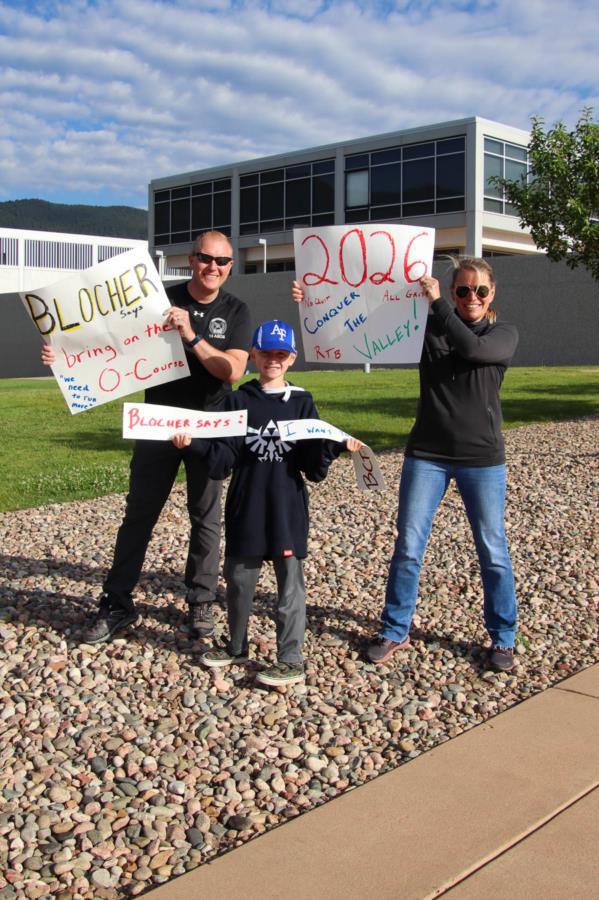 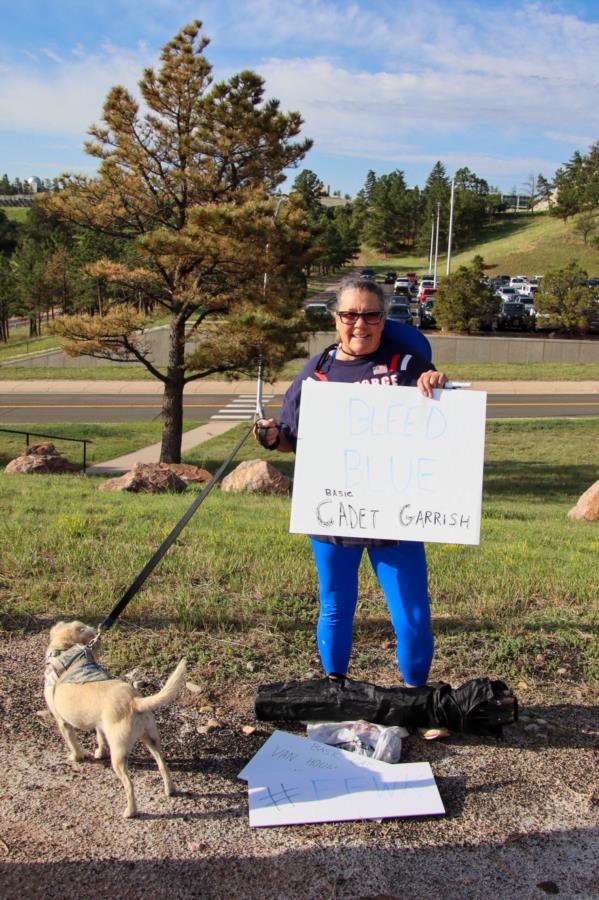 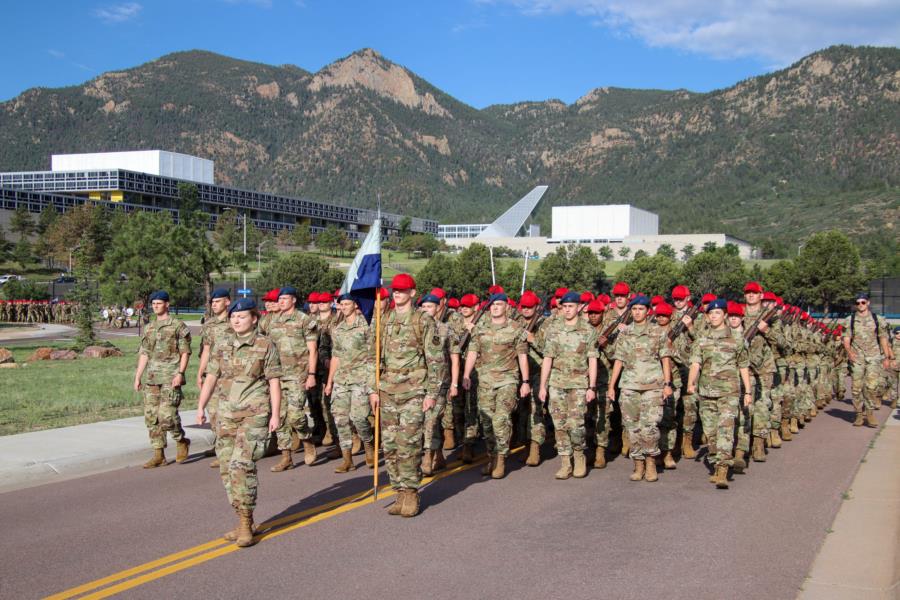 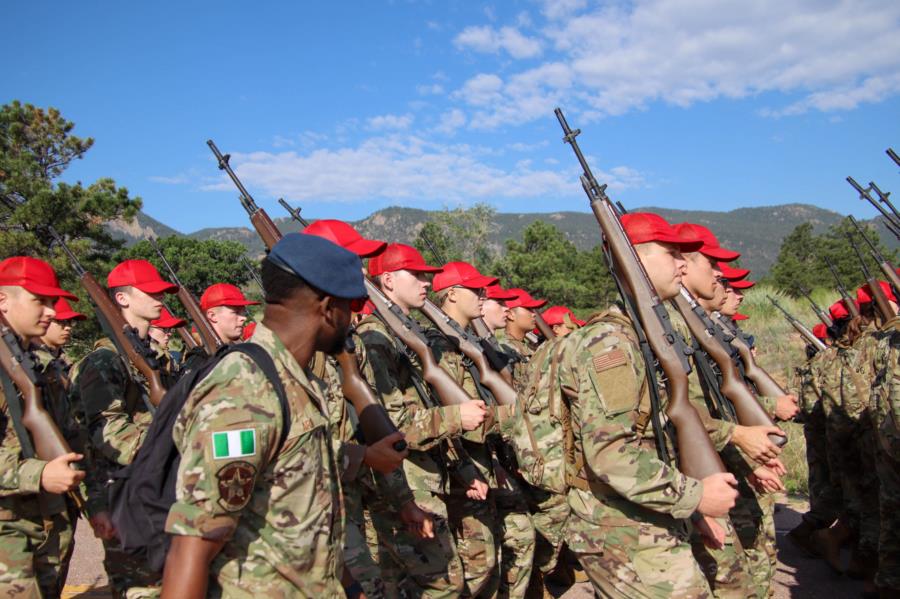 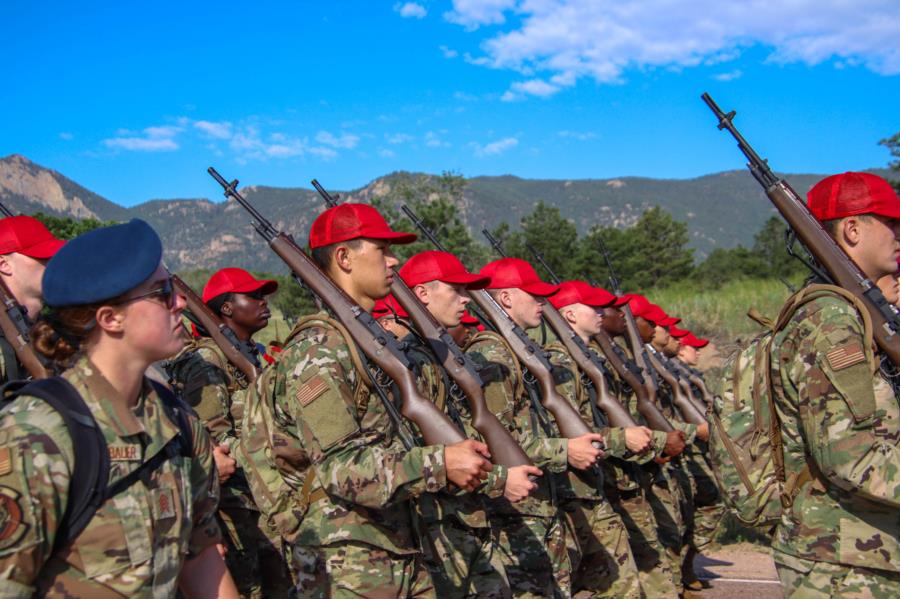 Once the basics got in to Jacks Valley, Brigadier General Moga the Commandant of Cadets, urged the basics to do their best and reassured them that the March Back will be much easier with their new found sense of accomplishment. 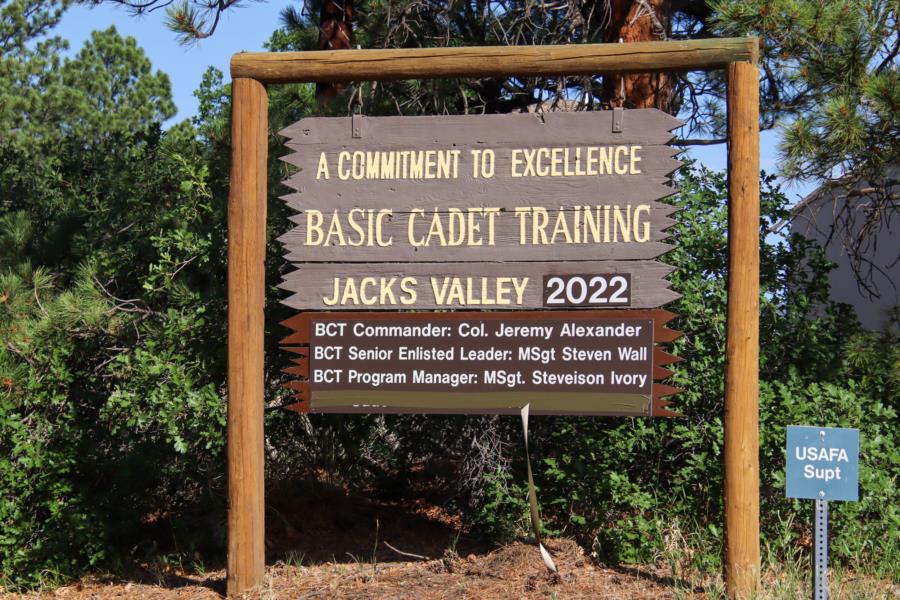 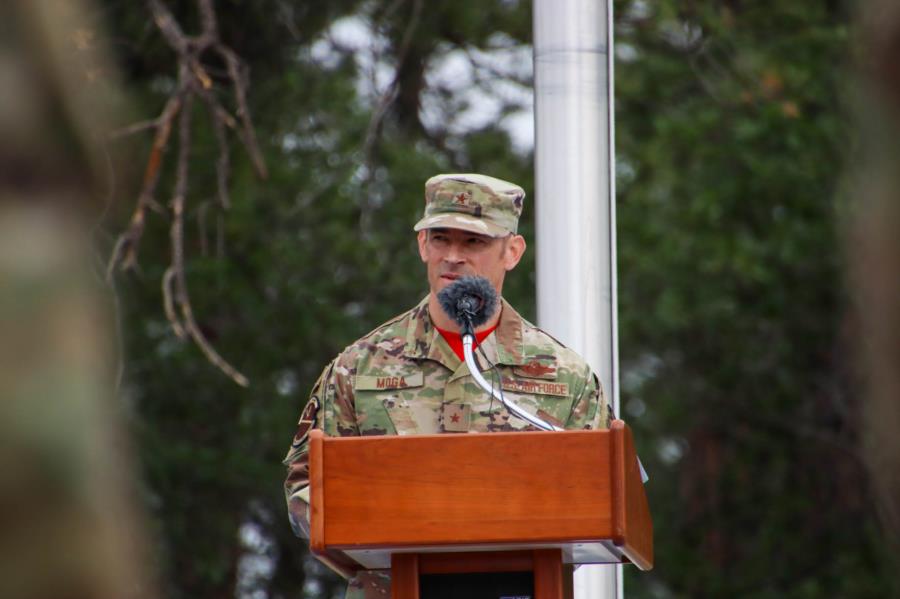 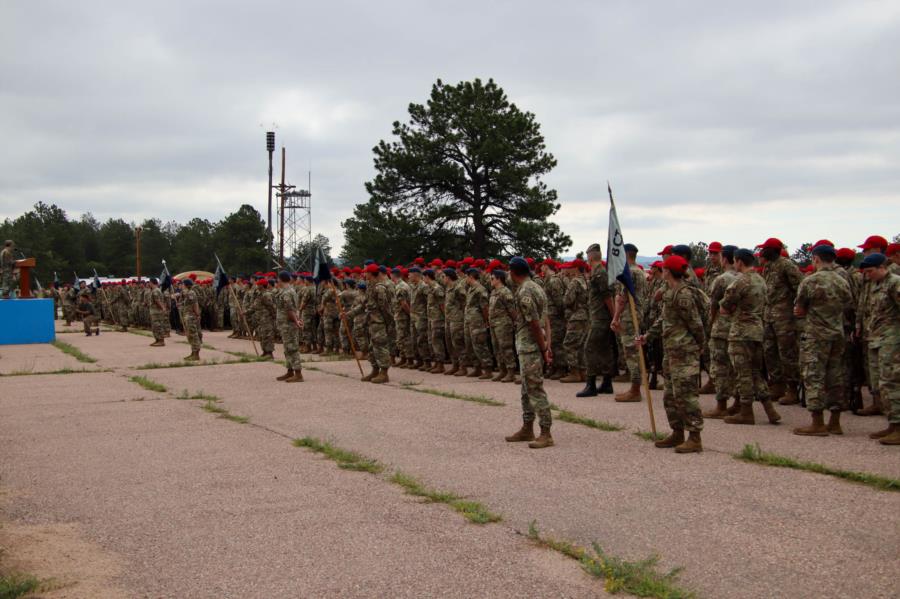 Tommorow, bright and early, the Basic Cadets will kick off their first days test out in Jacks Valley.  As stated in an earlier blog, your WebGuy Team will be out covering the Confidence Course, the Obstacle Course, the Assault Course , CBRNE and CATM.  We will do our best to get the course coverage up the same day since each will be done by noon.  Look for CBRNE and CATM to go up the next morning as each of these run into the late afternoon.  Be aware we will be covering 5 events daily so not every squadron will have coverage each day.  Also the weekend in between the 2 weeks during Jacks, the basics will be given a special outing that you will find out about later this weekend.

Jacks Valley is the WebGuy Team's favorite part of the year and we look forward to capturing photos of your basics as they work hard during this stage of basic training.

ALL PHOTOS in JACKS VALLEY will now go into the BCT2 folders.  Most events will be seperated into squadrons and we will alert you in the daily blog on which squadron is being covered and where you can find the photos.

March Out to Jacks Valley