Leaders In Flight Today (LIFT) for the 2nd Class Cadets and Academy Character Enrichment Seminar (ACES) for the Firsties has now been transformed into Instilling and Modeling the Profession of Arms and Character in a Team (IMPACT 301 & IMPACT 401).

IMPACT is a half day seminar that focuses on, "First & Second Class Cadets’ responsibility to foster a climate of Air Force professionalism within the Cadet Wing.  The program helps first-class and second-class cadets comprehend their leadership responsibilities and how to oversee and protect that which is worth caring for and preserving – the culture and climate of the Cadet Wing."

We caught the Firsties in the middle of a discussion about what they would do in a difficult real life situation when it came to giving orders on an assignment to one of their airmen. 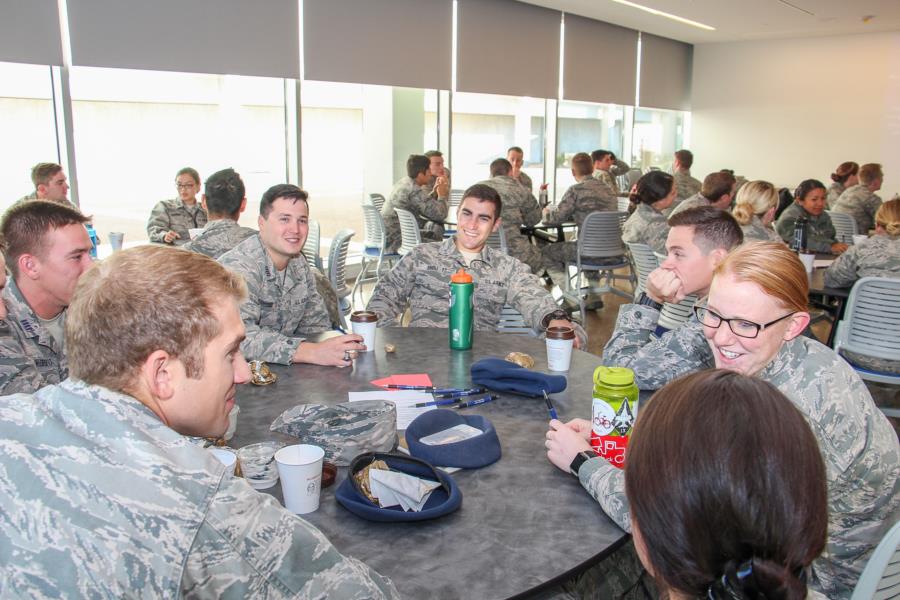 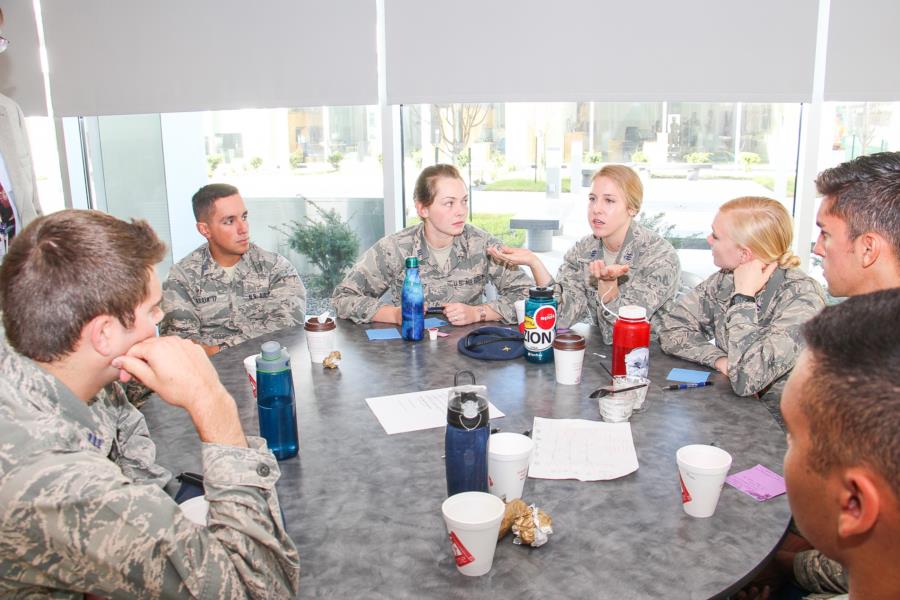 2nd Class Cadets were split up into five groups, each group was given a charcteristic of leadership and had to explain in their own words what that characteristic was to them and then had to answer questions about their characteristic. For example did they know someone at the Academy who did or did not have this leadership characteristic, or what actions might they take in the situation they are given to accomplish said characteristic.

To view the rest of the pictures from IMPACT 1 and IMPACT 2 go to; Galleries - Military Training - Character & Leadership Development. Or click the link below.