The Falcon Foundation Banquet is always a classy event and this year was no exception.   Because it is always held during CORONA Week, the guests included most of the senior leaders of the Air Force, past and present.   I have to admit I was a bit star struck.   For those who don't know about CORONA, CORONA conferences are held three times a year and allow the Secretary of the Air Force, the Chief of Staff, and senior Air Force civilian and military leadership to come together for frank, open discussions that will lead the Air Force into tomorrow.  The fall conference has been held at USAFA for many years.

This years Falcon Banquet included the presentation of the first ever winner of the USAF Allison Award sponsored by the Falcon Foundation.  If you are ever in Arnold Hall, be sure to stop and see the new award plaque located in the hallway above the ballroom.  Here is a link to information about Major Gen (ret) John R. Alison the awards namesake.  The award will be given annually to an officer of the United States Air force, in recognition of demonstrated outstanding character and innovation in a single act or a series of related events during a single year.  Such character must meet the standards of the USAF core values. 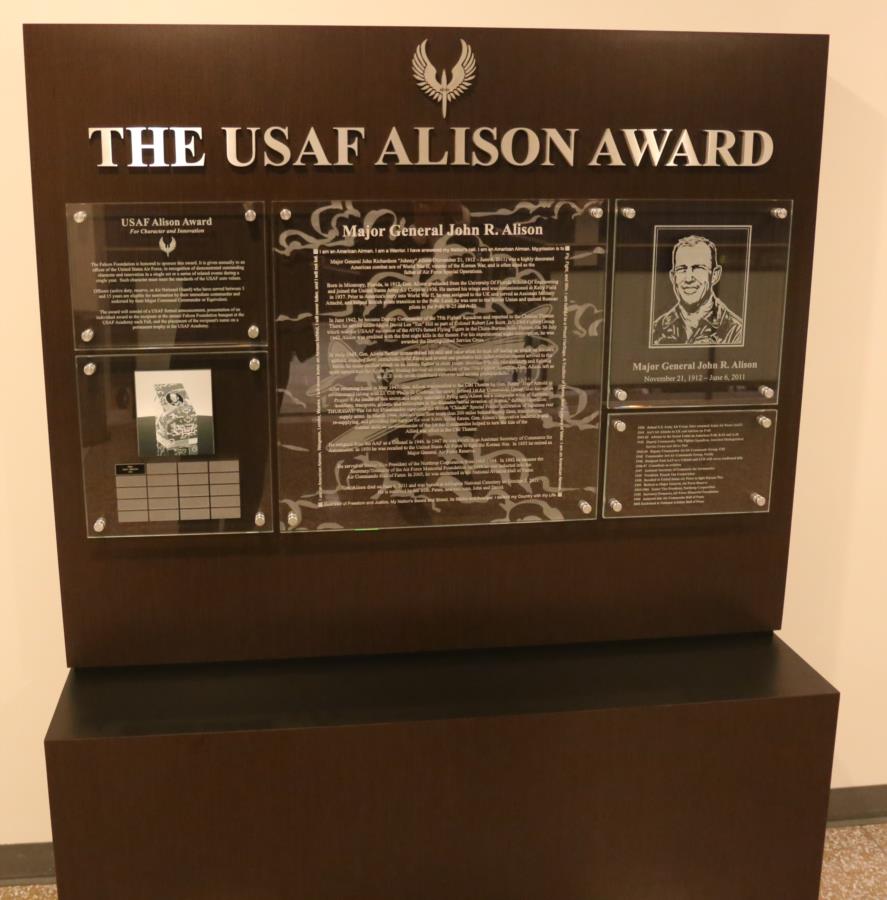 The first Alison Award recipient is Major Janet L. Blanchard, USAF.  Maj Blanchard is an Air Force Nurse.  Her development of the Gateway Academy and curriculum is a model showcase for USAF senior leaders.  Developed by the 59th MDW's Gateway Innovation Center, the curriculum is designed to teach innovative problem solving techniques, inspire people to challenge the status quo, and teach leadership skills that foster empowerment, trust and respect.

My personal highlight of the evening was the Cadet guest speaker, C1C Roni Morthorpe, from Eagle River, Alaska.   She inspired everyone with her personal story.  She is pictured below with Air Force Chief of Staff, General Mark Welsh and Mrs. Betty Welsh. 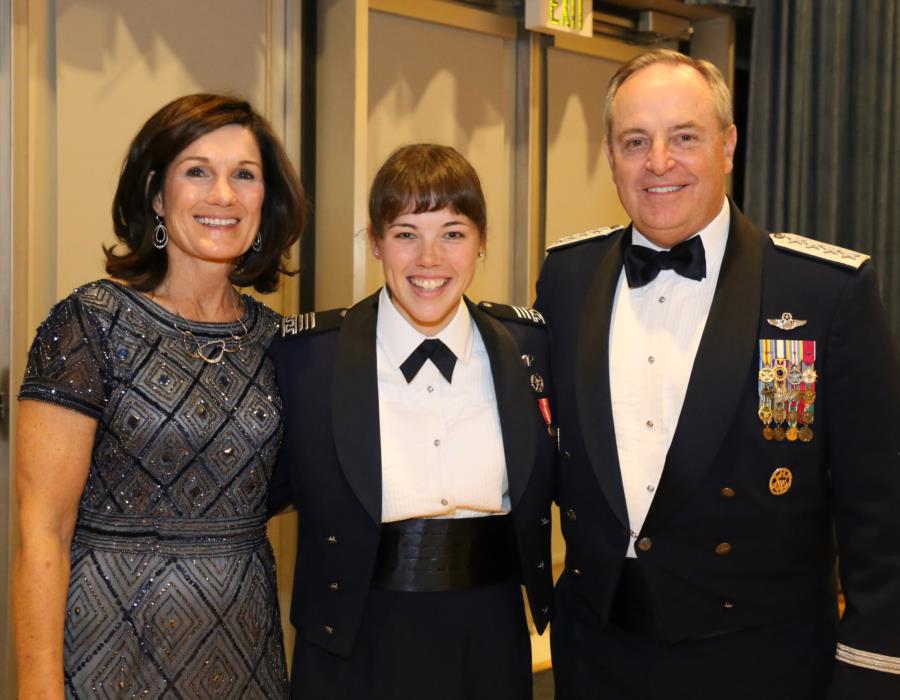 Following the dinner, Gen & Mrs Welch took pictures with just about every person (cadets as well as staff) who wanted one. 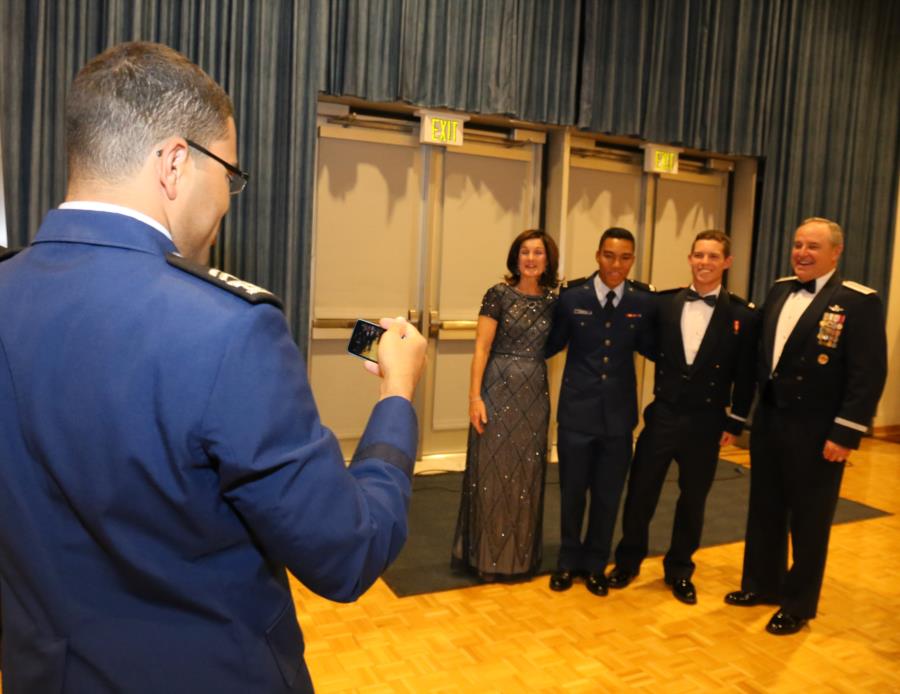 You can find all the evenings photos in the Extra-Curricular gallery.  Here is a link Falcon Dinner 2015