Thursday was spent in Element & Flight level groups taking the Heritage Tour led by their Cadre to give meaning to the iconic areas and monuments of the Cadet Area which they will pass by daily as Cadets for the next 4 years.  They will revisit these areas during Recognition, but today was meant to really see and hear about them in a relaxed setting.  Below are a few photos from last year of the tour to give you an idea. We caught this years the best we could! 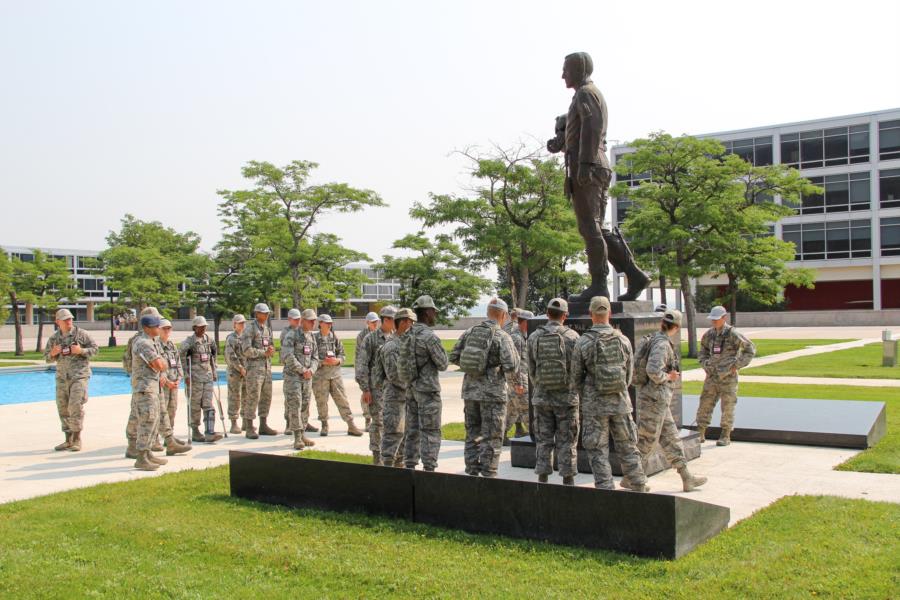 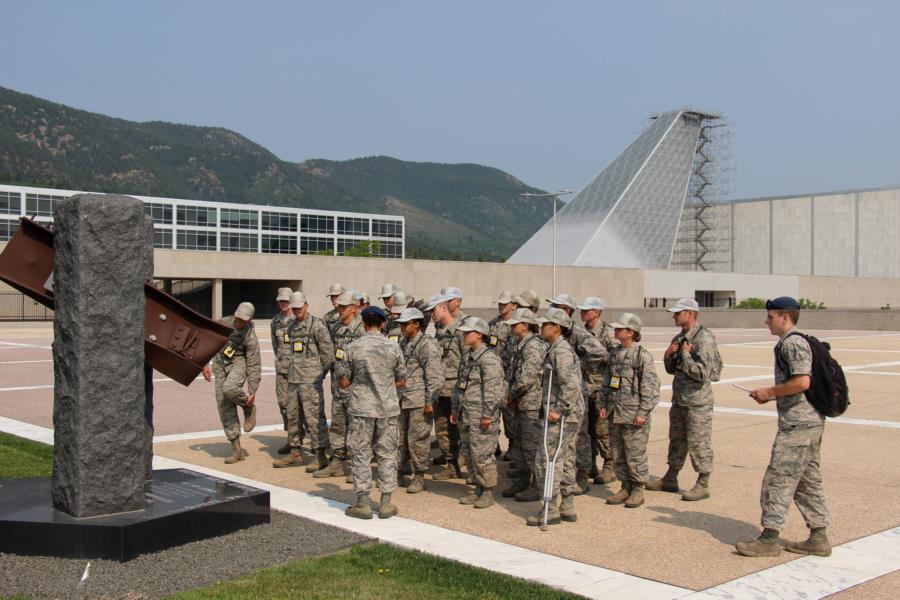 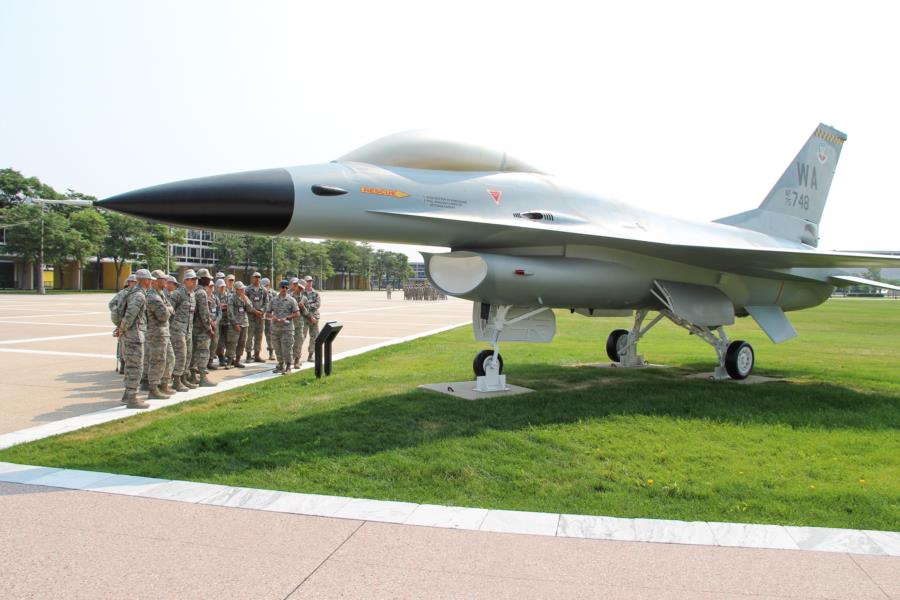 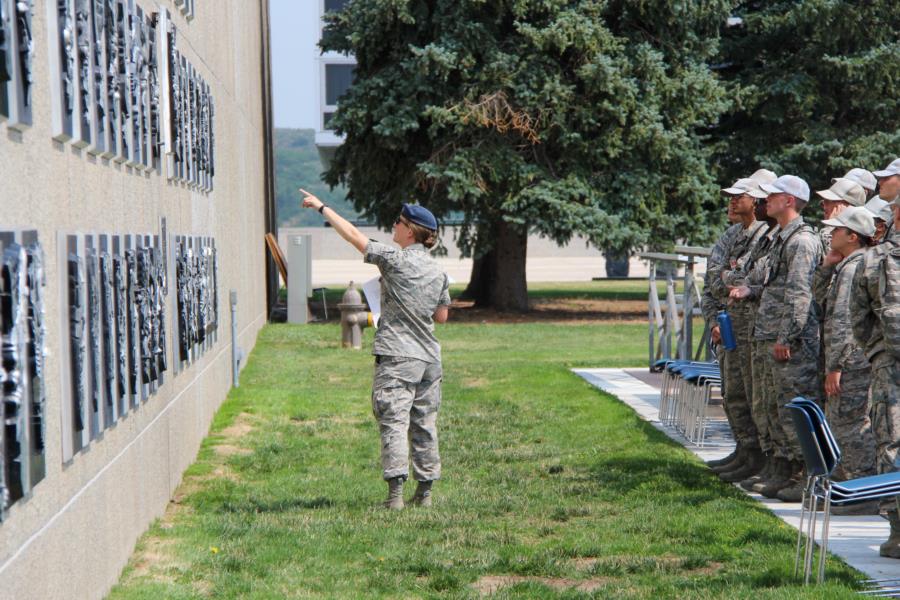 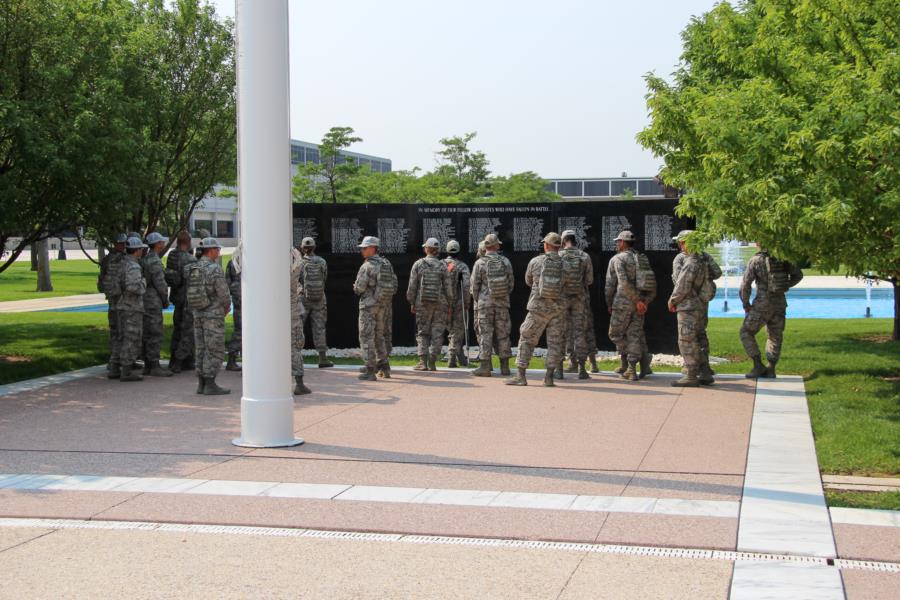 Some Basics got their new computers.  As you can also see, they look much more relaxed. 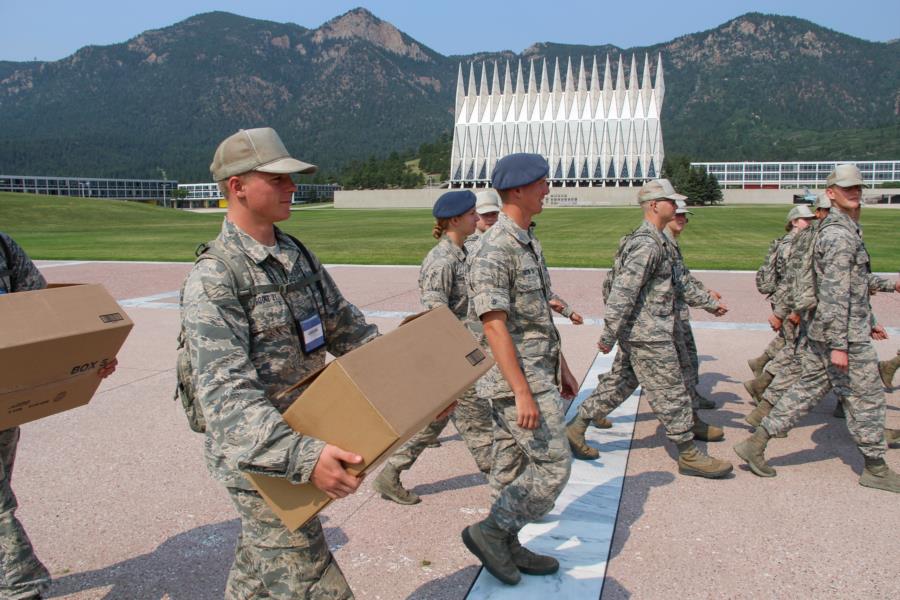 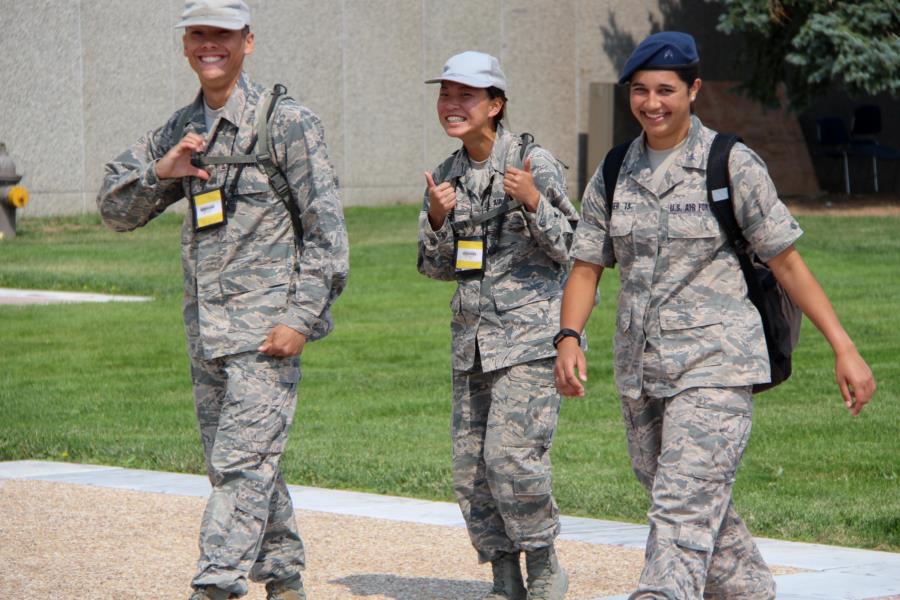 By now, you have had a lot of photos of your individual Basics.  Today's photos will give you an overview of what the Basics did today.  There are lots more photos in the BCT2 squadron galleries.

Soon, they will stop being Aggressors, Barbarians, etc. and become members of Mighty Mach One, Barnstormers, Phantoms, or one of the 37 other cadet squadrons.  Most will only occasionally use the squadron nickname.  Most will just identify by their squadron number, as in "I'm in 24".   They will share this change with the Class of 2019 who will also be moving into new squadrons.  2nd Class Cadets (Juniors) change squadrons after the first 2 years in a rite of passage called the "Squadron shuffle".  They will assume leadership roles in their new squadrons much like officers in the Air Force do when they change bases every 3 years.

The rest of the Cadet Wing will be returning on Saturday, so the Academy will be a busy place once again.