Getting Ready For Field Day

This morning was dedicated to intramurals for all the squadrons and we had our photographers out in force to cover as many diverse sports as possible.  This afternoon is dedicated to more academic placement exams.    Since intramurals was our major coverage for today and it is still relatively early in the day, all the photos should be up by this evening including the Aggressors from yesterday.  Just a reminder about intramural photos.  Those photos are not separated by squadron since the basics are so intermixed.  All the intramural photos from BCT are in their own folder called (you guessed it) BCT INTRAMURALS. Pictures start on page 169 (sorted Oldest to Newest).

Something else that is going on this week that I mentioned yesterday, are the "Official" squadron photos.  As I said, WebGuy is NOT involved in this, however.  These photos are taken by the Academy and if memory serves, will be available for purchase during Parents Weekend along with the BCT Video which is always a great keepsake. For those of you who will not be here, I'm sure it can be ordered.  Check the Academy's website at www.usafa.edu/parents for more info.  Again, this video and the squadron photos I mentioned are NOT part of WebGuy, but are certainly worth getting.   When my son was a Doolie, they were pretty much the only photos available.  WebGuy was in it's infancy back in 2004.  Here is a photo courtesy of  Cadet Media. 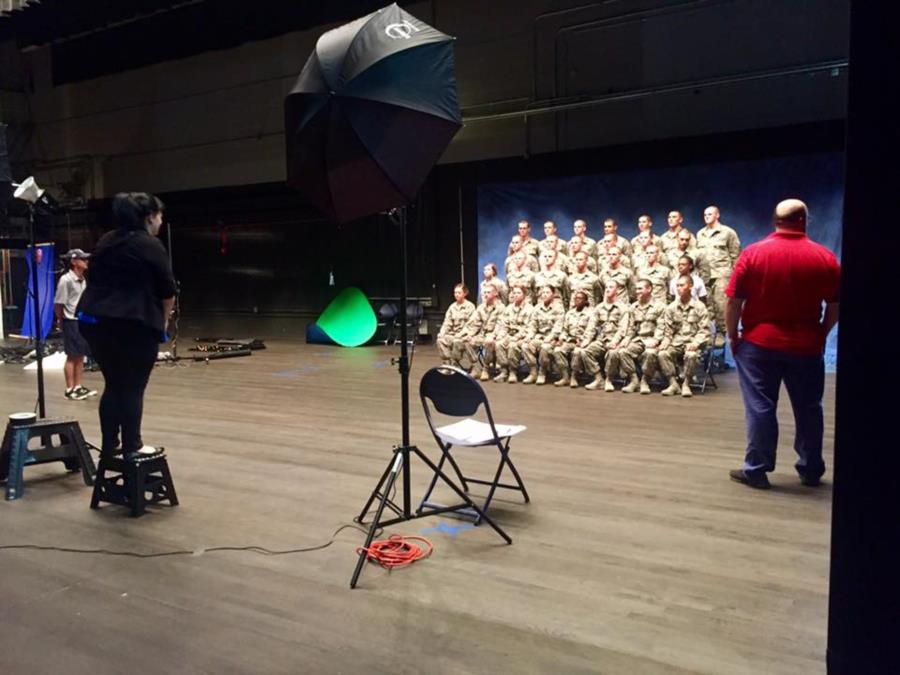 Ok.  Now to the business of the day.  Tomorrow is Field Day.  One of my favorite parts of BCT.  It is the culminating event of 1st Beast. It is certainly one of the most fun events in BCT. The squadrons compete against one another in each field day event in order to hopefully earn the title of "BCT 1 Field Day Champions". Here are some shots from past couple years to give you a feel of what some of the Field Day events are like. 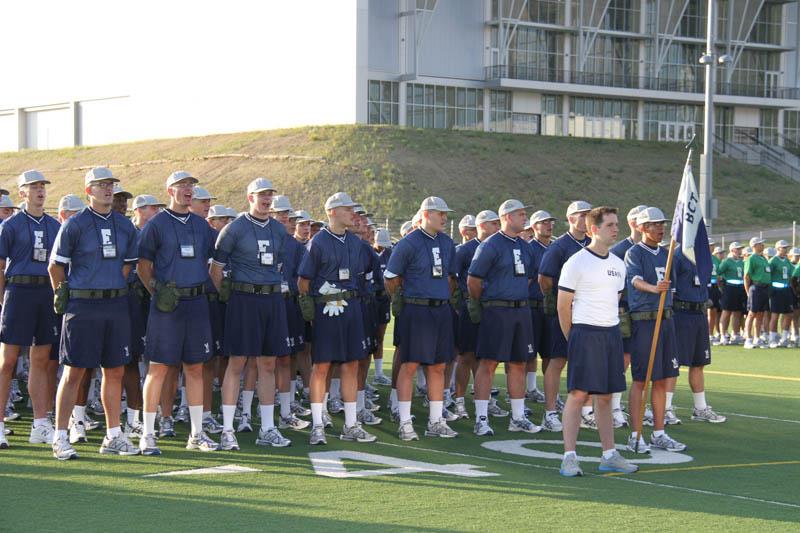 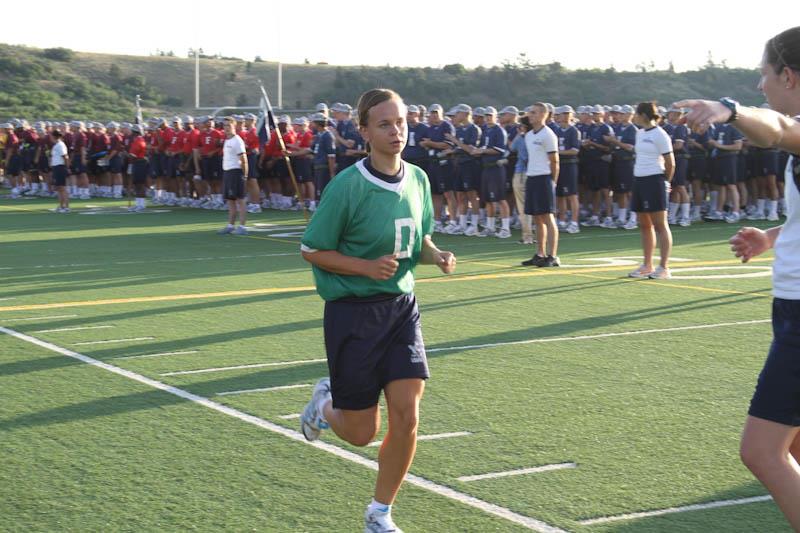 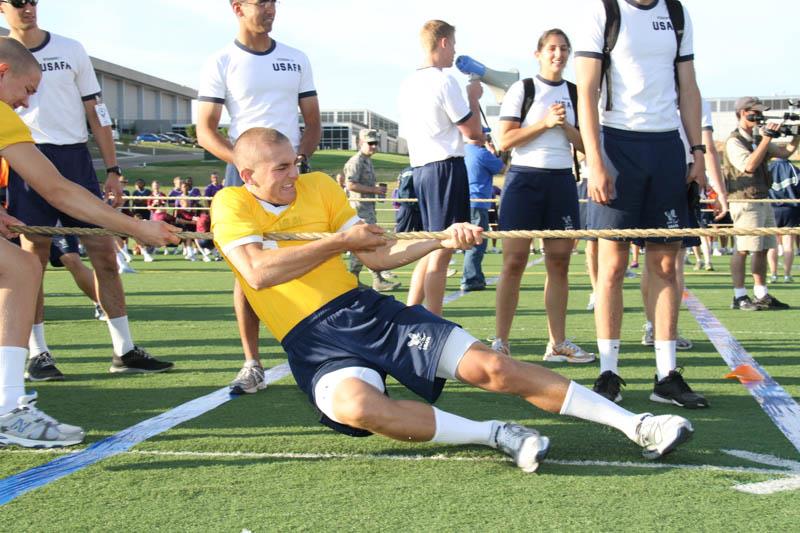 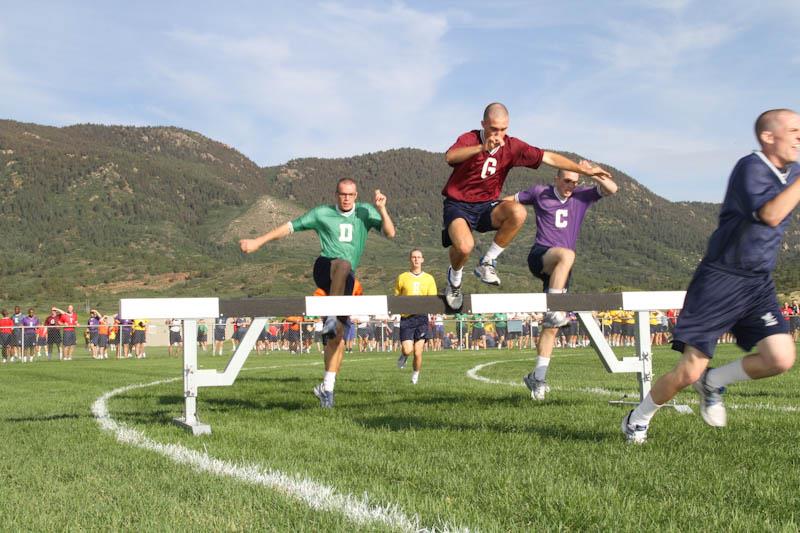 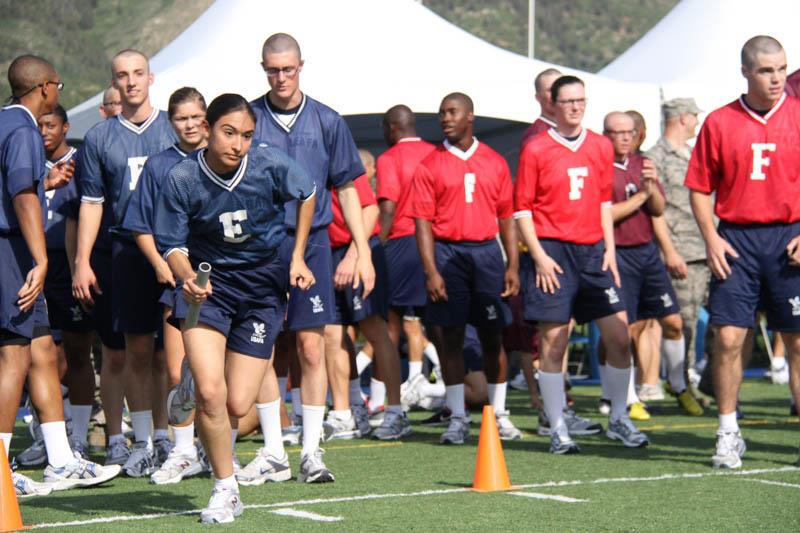 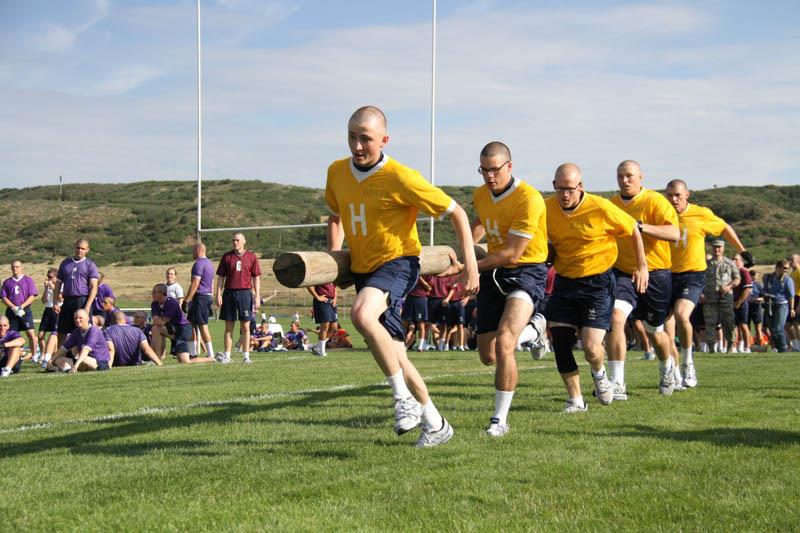 For those families that are close by and willing to make the trip to USAFA, Field Day starts at 0630 and ends about 1030 on the Athletic Fields. You won't be able to interact with your Basic face to face but you might be able to catch a glimpse of them participating in the events. Spectators are allowed to sit on the bleachers next to the athletic fields, but are not allowed to interact with Basics in any way.  If you come by, you can also view the Noon Meal Formation from the Chapel Wall.  We have photographers deployed that day and we should be able to get lots of good photos of the action.  Of course I always include the disclaimer about those elusive, camera shy, Basics.  Remember, that in order to come on base before 9:00am, you will need a DoD ID.

That's it for now.  Oh, almost forgot.  We will have a special gallery under the Class of 2021 for Field Day, so the individual squadrons will not be separated out.  All the photos for that event will be in one place.

Have a great day and check back later for all the photos from this morning and yesterday.