Fortunately the weather cleared up on Saturday for Jump AM-490 to get the first of their five jumps done.  AM-490 is the only program in the entire world where the first jump is an unassisted freefall.   The successful completion of 5 jumps results in being awarded the Air Force Basic Parachutists Badge "Jump Wings", which they can wear on their uniform for the rest of their Air Force career.  After 40 hours of ground training, everyone was anxious and excited to get the first jump done.  Initially the weather was not cooperating, but finally it cleared up and the first group got ready to go.  We were able to capture the first group gearing up, but then headed out to the landing zone to photograph their first jump and landing.

There was some down time waiting for the weather to clear. 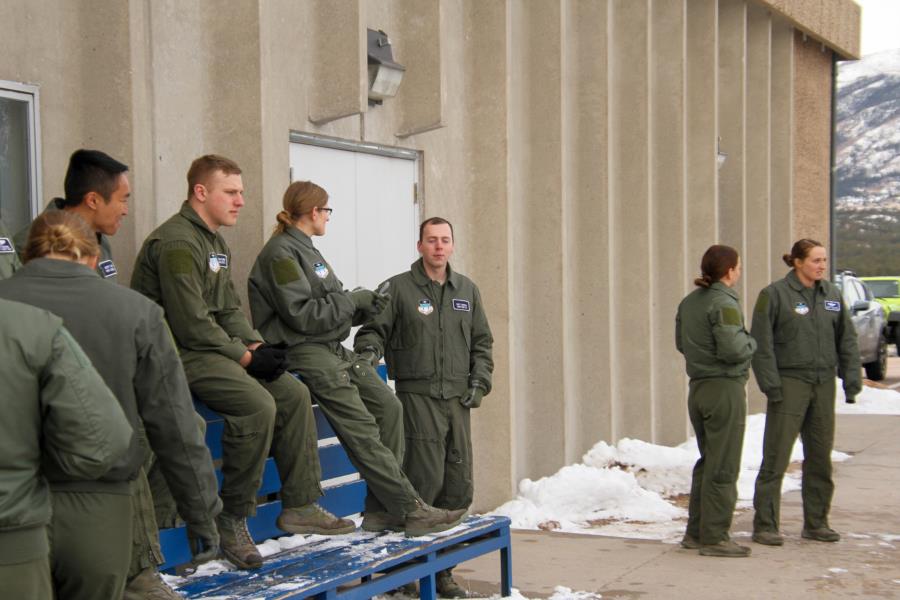 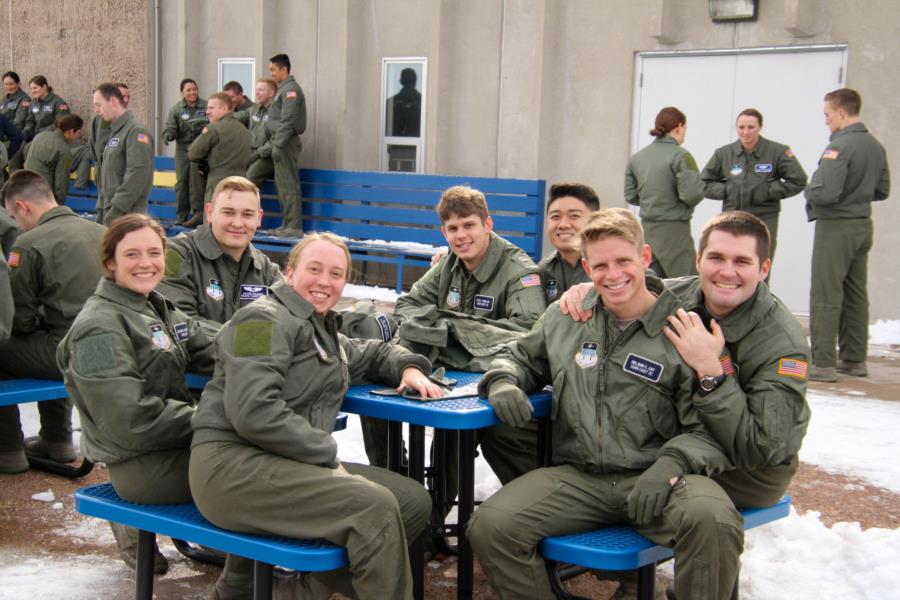 Gearing up for their first jump. 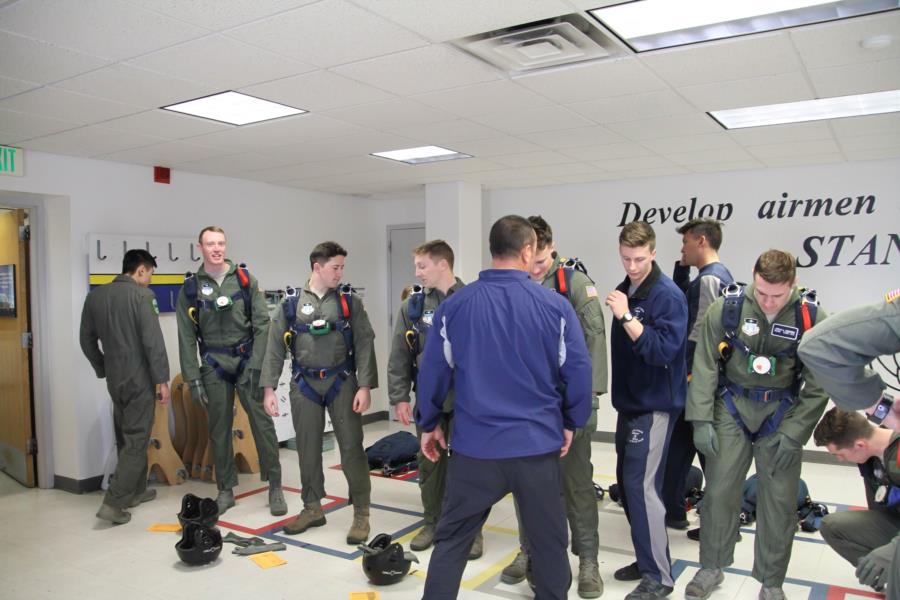 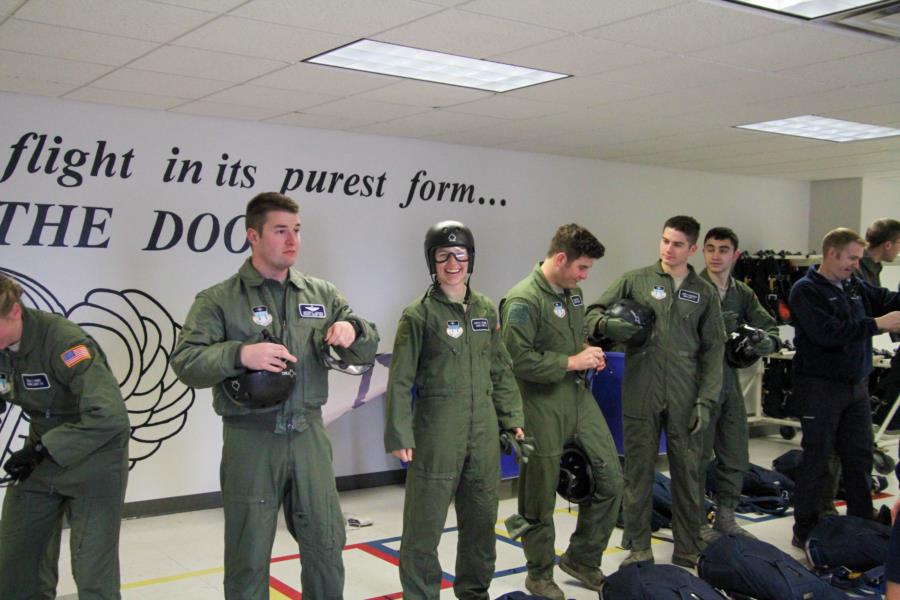 It is good luck to touch the "Jump Wings" on the wall before each jump. 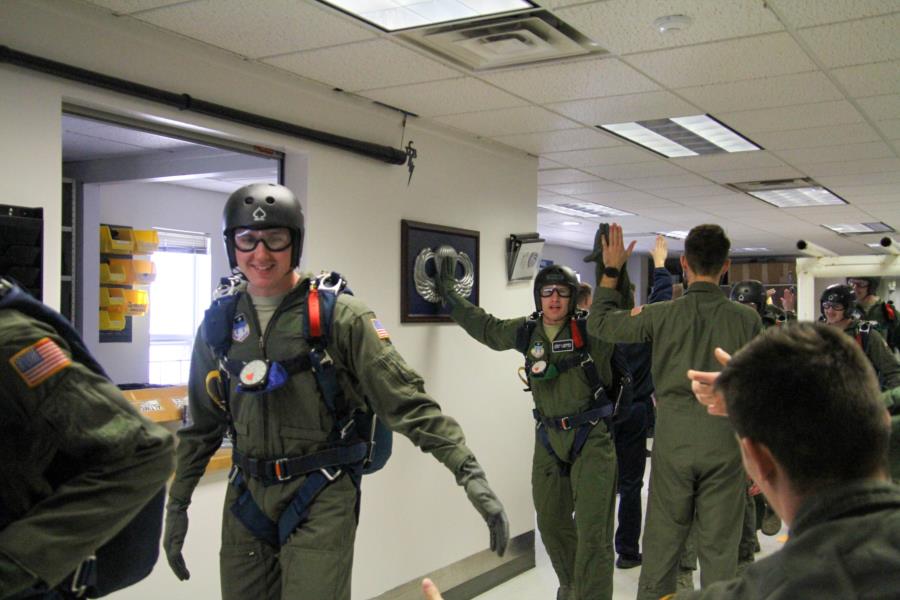 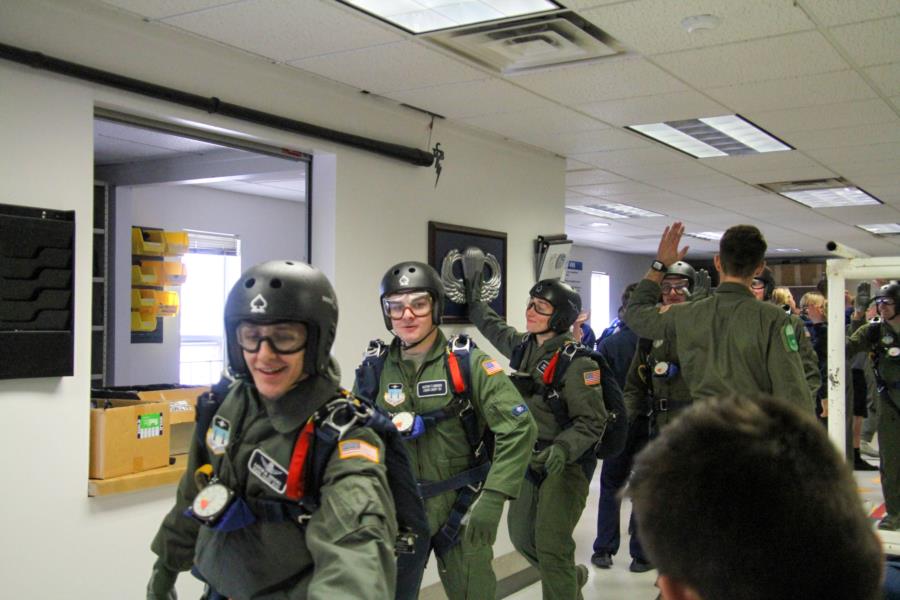 Some landed close to the Orange X in the landing zone. 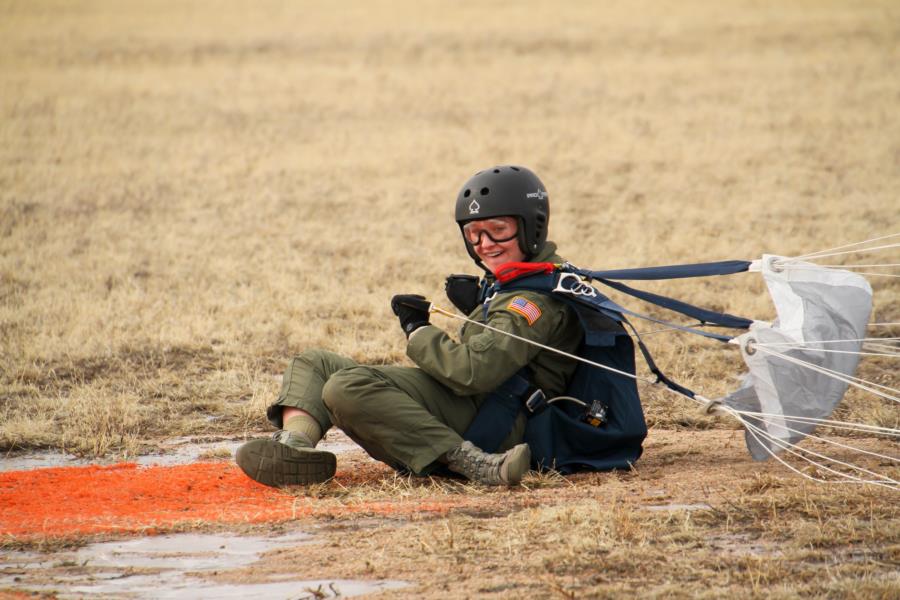 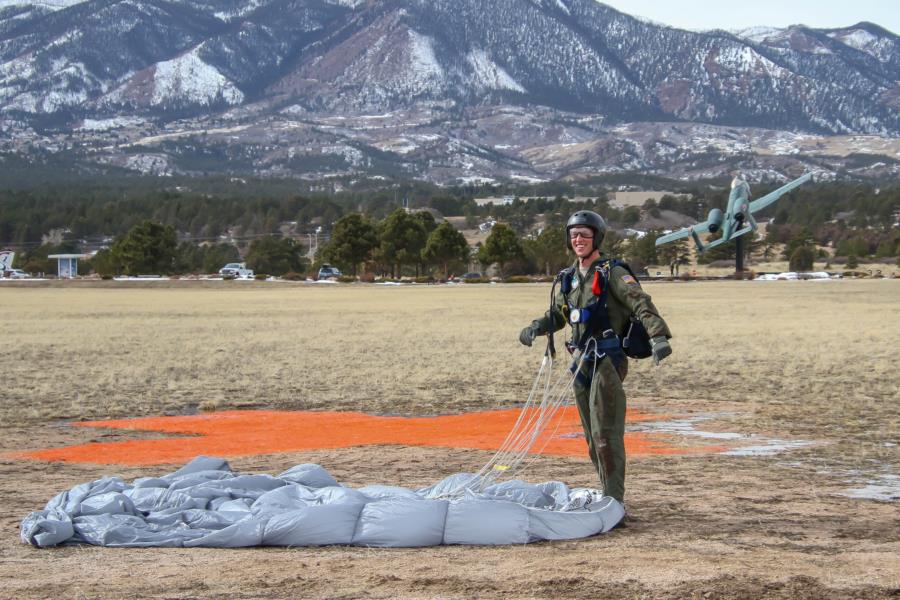 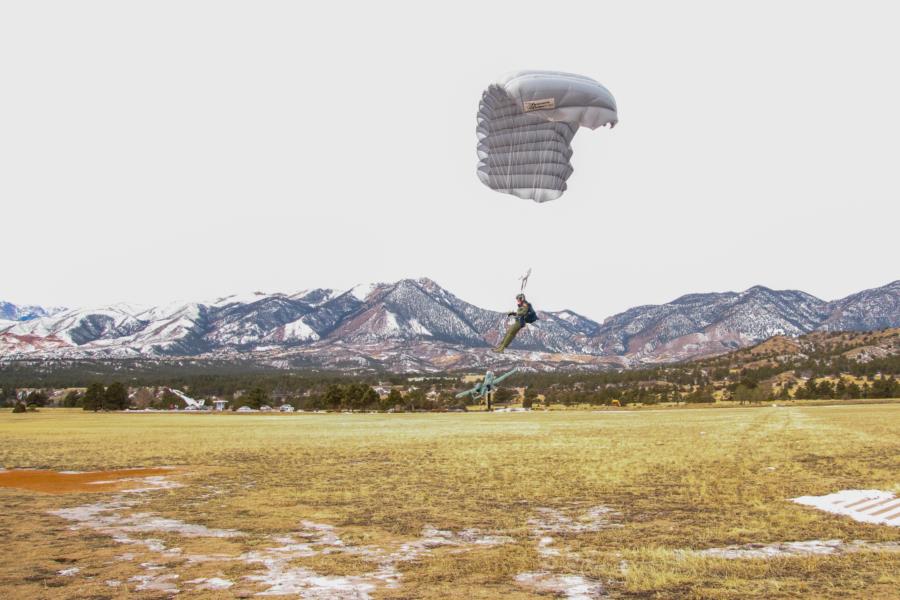 Most landed further from the Orange X and had a bit of walk back to the group. 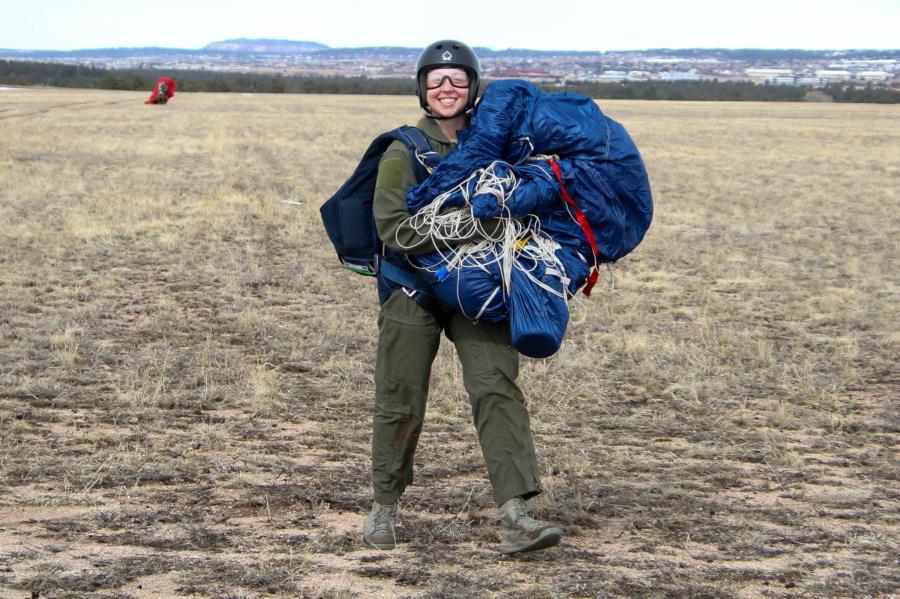 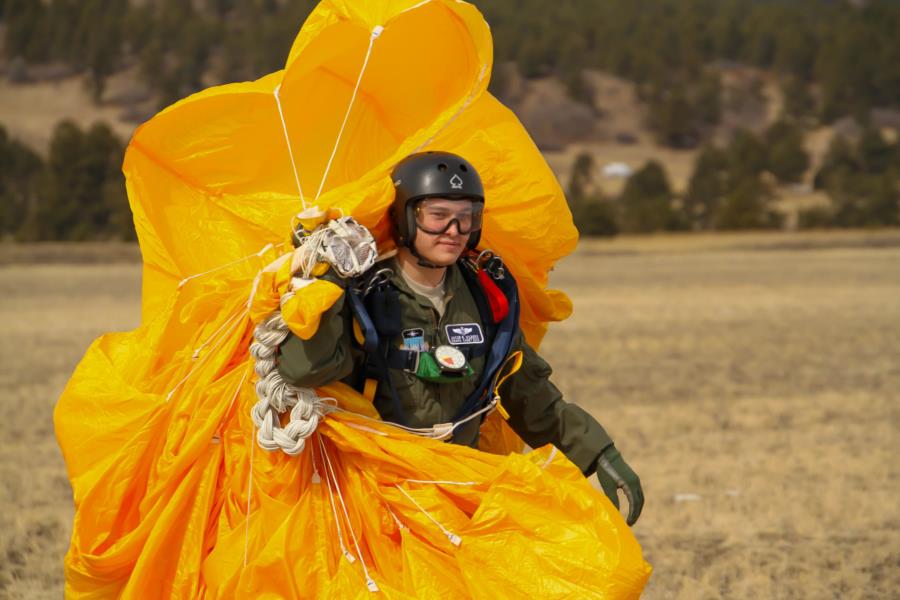 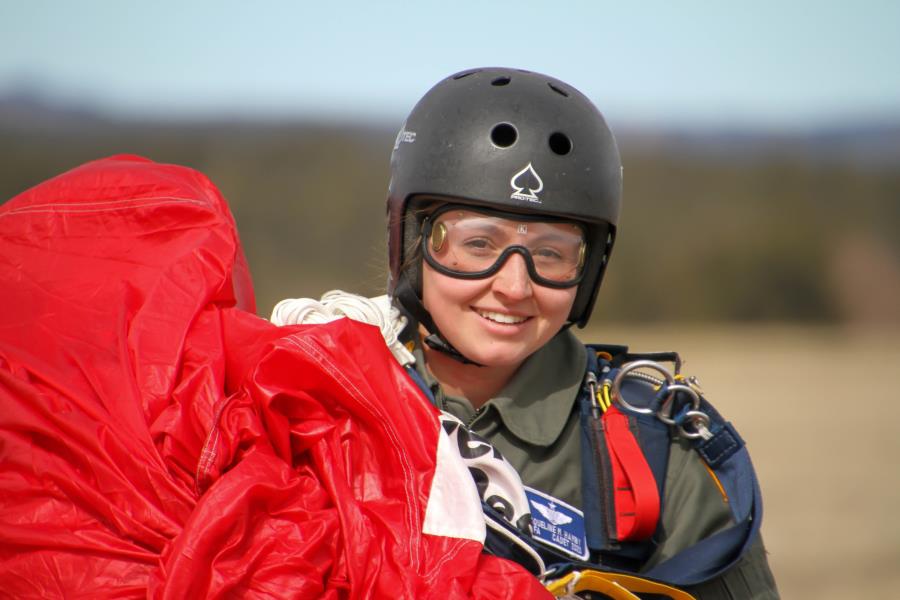 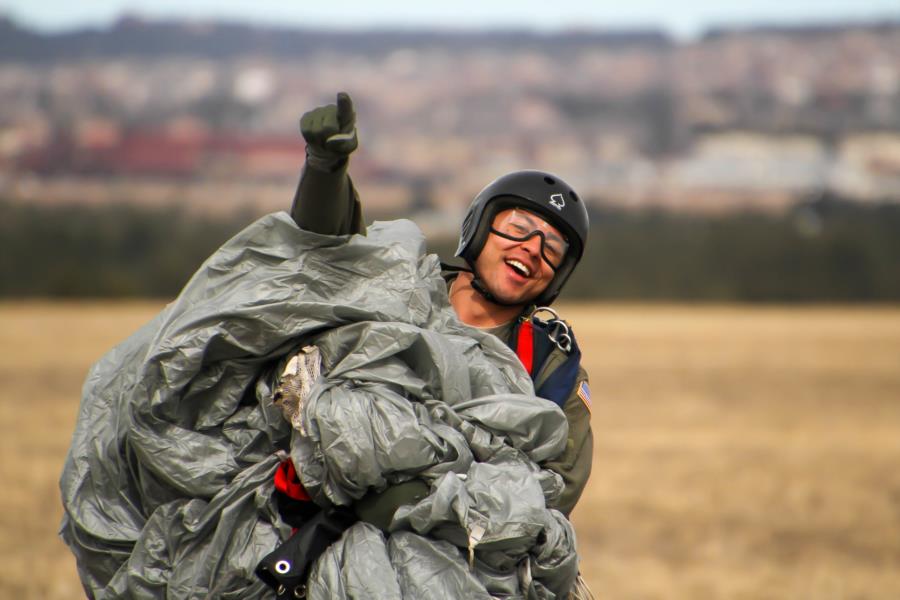 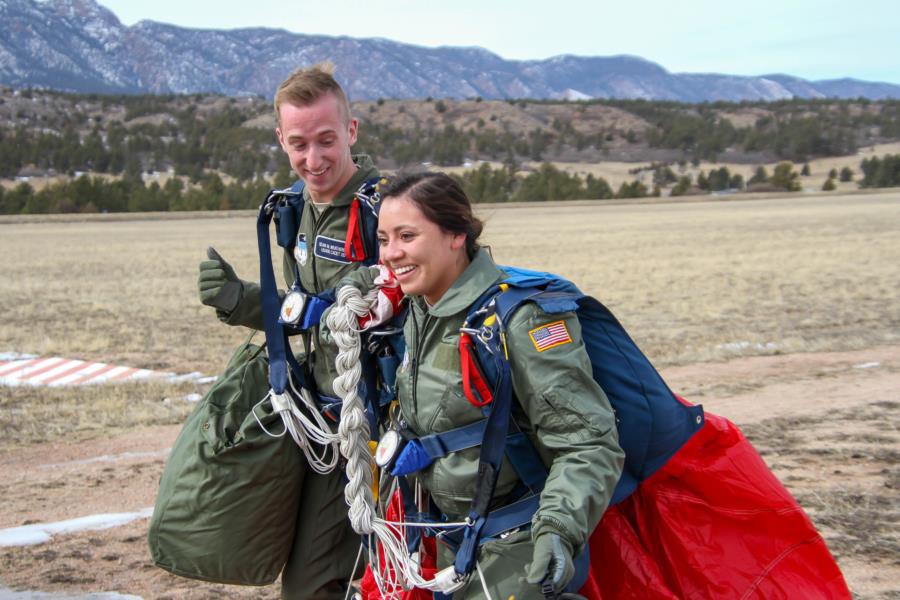 To view photos, go to, Galleries > Airmanship > Jump or click the link below.