This afternoon, the Academy had a 9/11 Remembrance Ceremony to honor those who lost their lives 17 years ago and remember the heroes of 9/11.

The 9/11 Remembrance Ceremony took place on the Terrazzo with a wreath laying ceremony which is conducted each year and afterwards the Cadets take part in a silent formation. There was also a display made by cadets honoring the lives lost that day. In the center there were over 2,000 flags for those killed at the World Trade Center. Surrounding the flags where 184 sabres in the formation of a pentagon, honoring each life lost at that site. Lastly there were 40 jackets laid out representing the 40 lives lost on flight 93.

"The memorial incorporates an actual girder from the World Trade Center. The memorial features two granite slabs, representing the Twin Towers, atop a five-sided foundation that represents the Pentagon. The words, "World Trade Center," "The Pentagon" and "Shanksville, Pa." are etched onto the memorial... Dedicated on September 9, 2011, as part of the Class of 1976's 35th reunion class giving project." 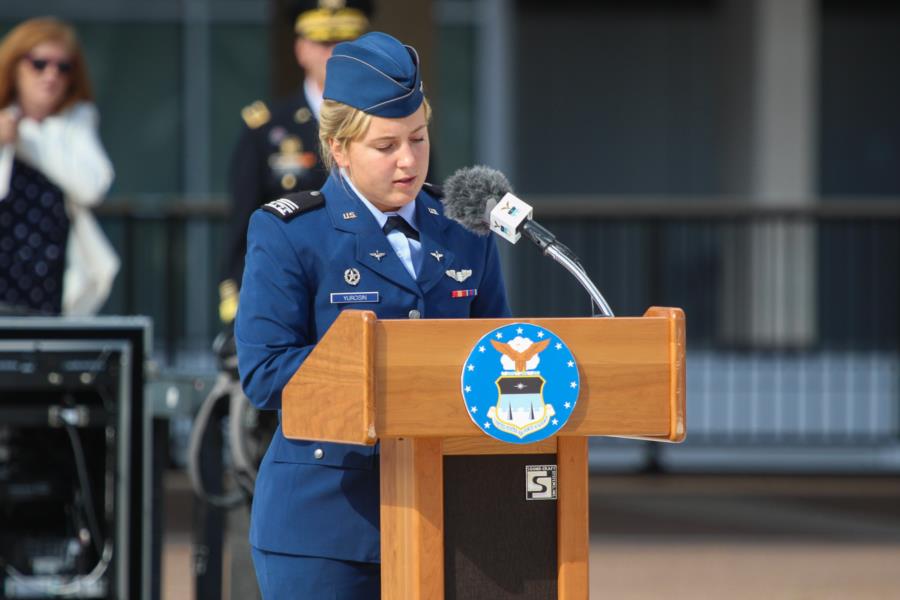 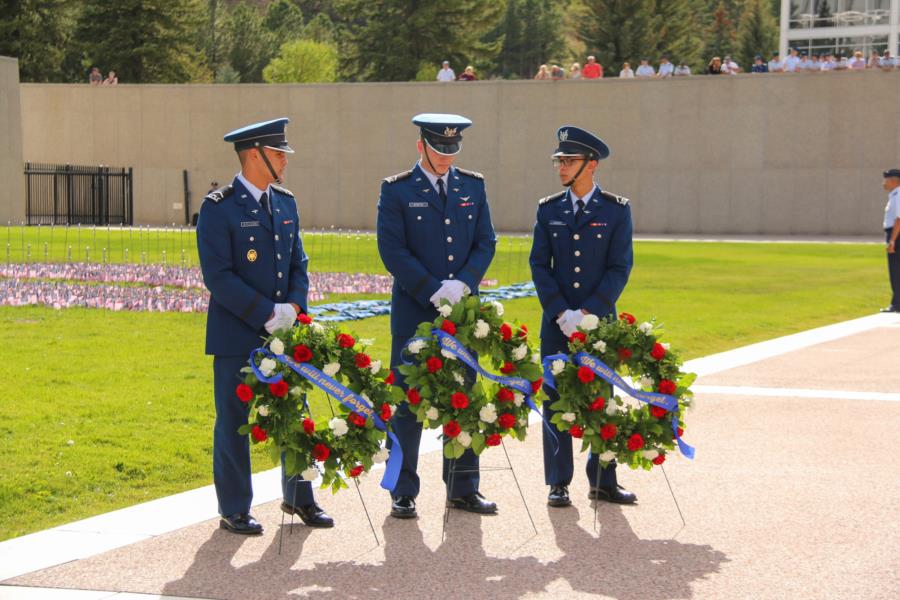 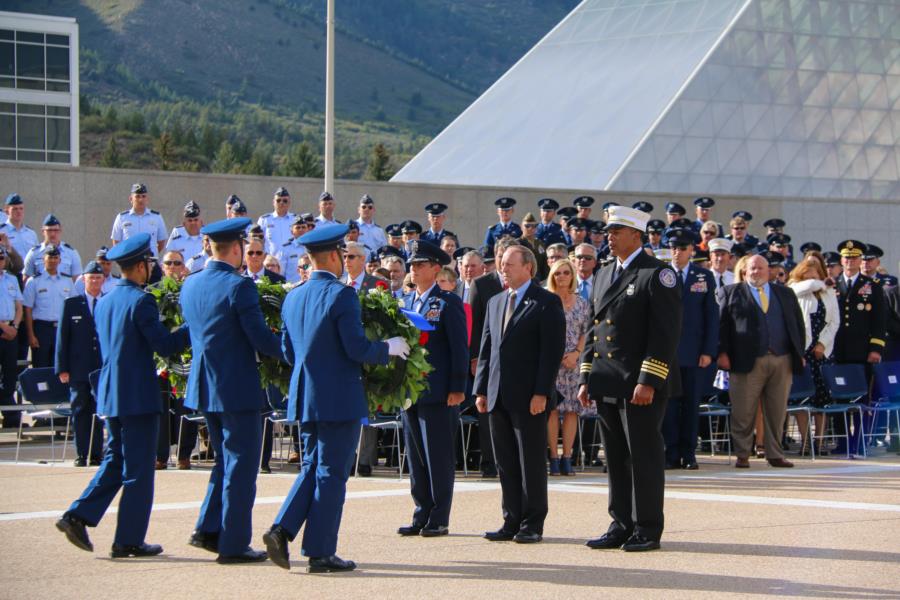 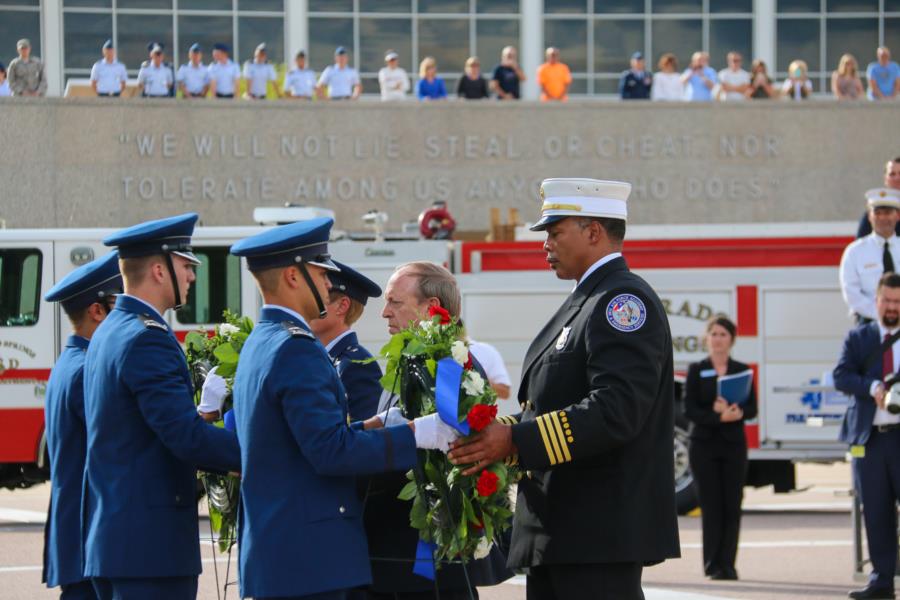 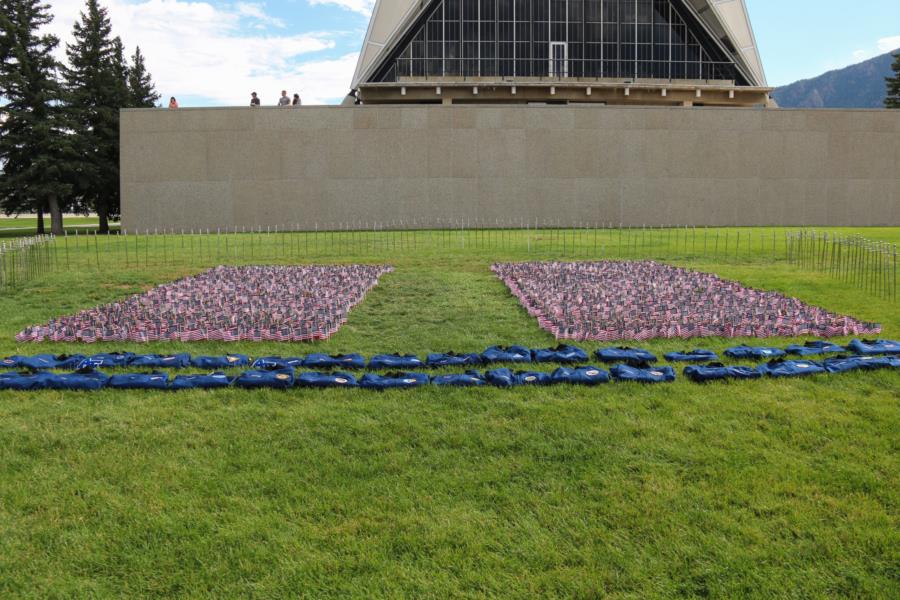 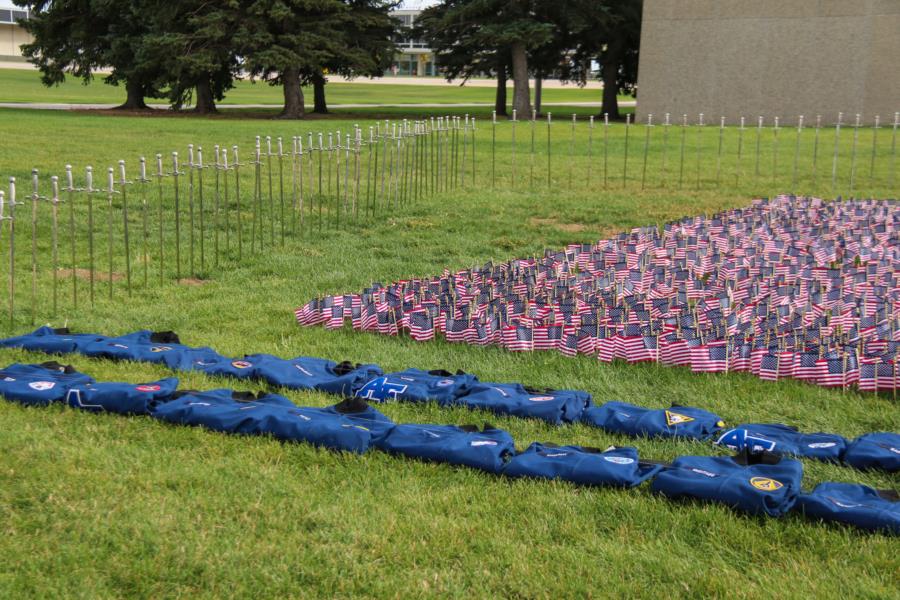 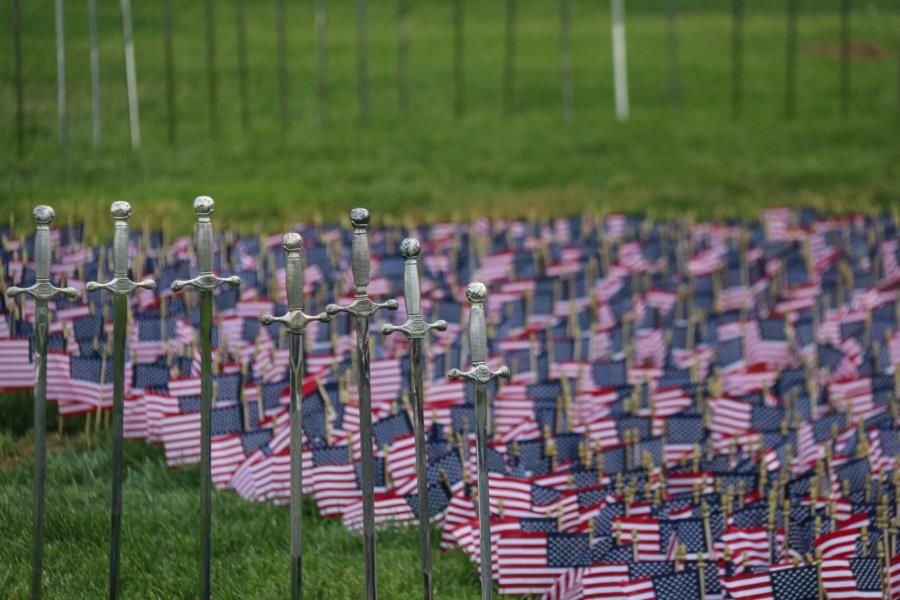 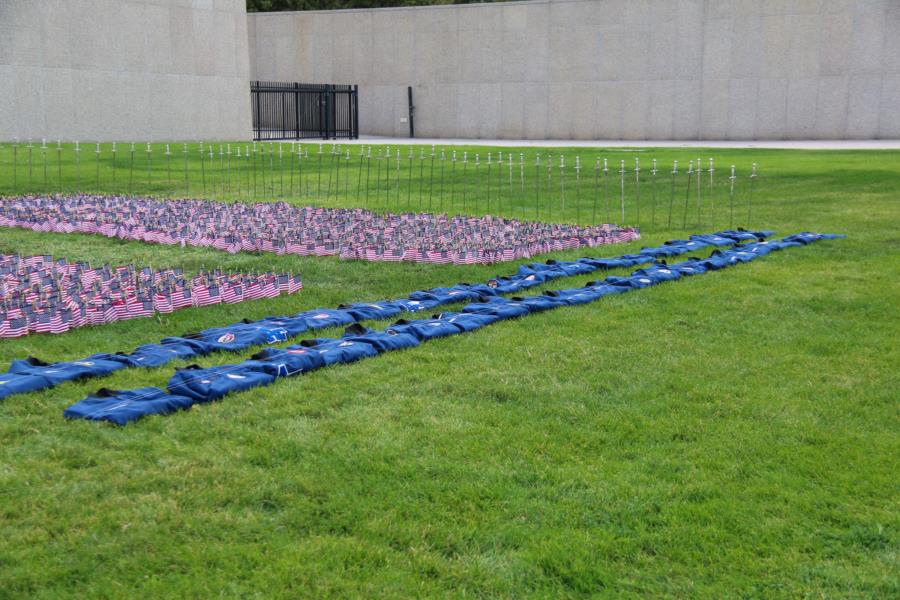 To finish out the Ceremony, four Cadets began the night long run. Every 15 minutes, four new Cadets will take their place and continue this Remembrance run around the Tzo until Noon Meal Formation tomorrow. Below are the first four runners of the evening. Over 300 Cadets will take part in this overnight Remembrance Run. 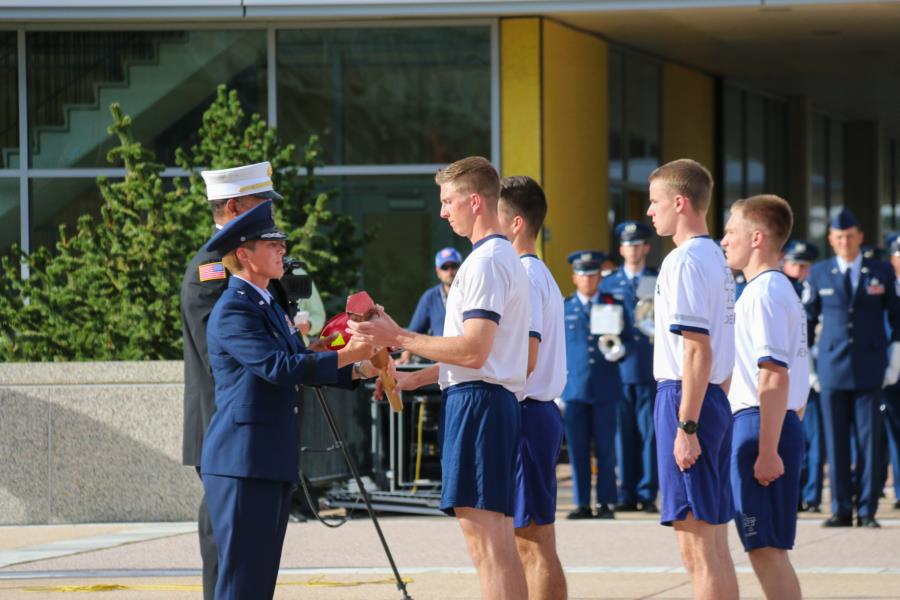 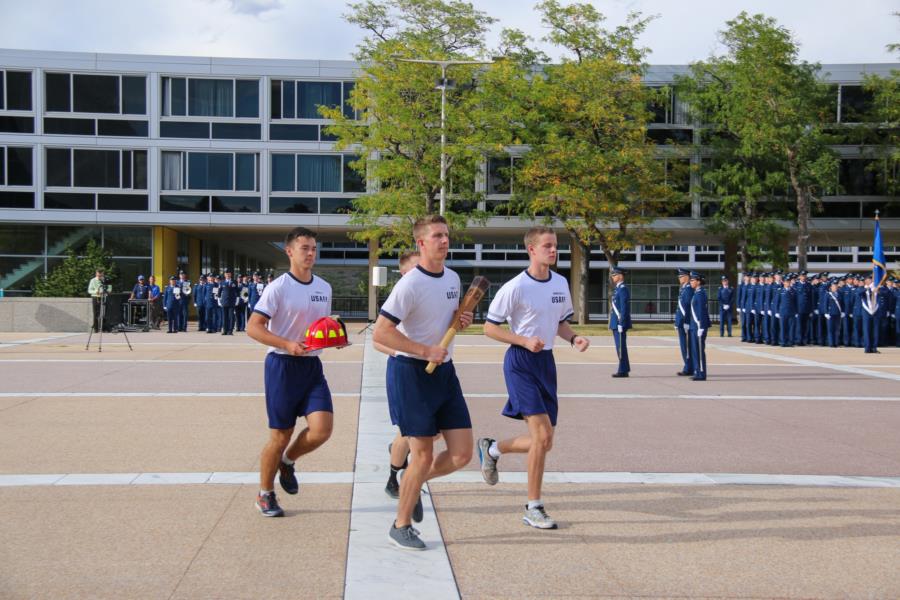 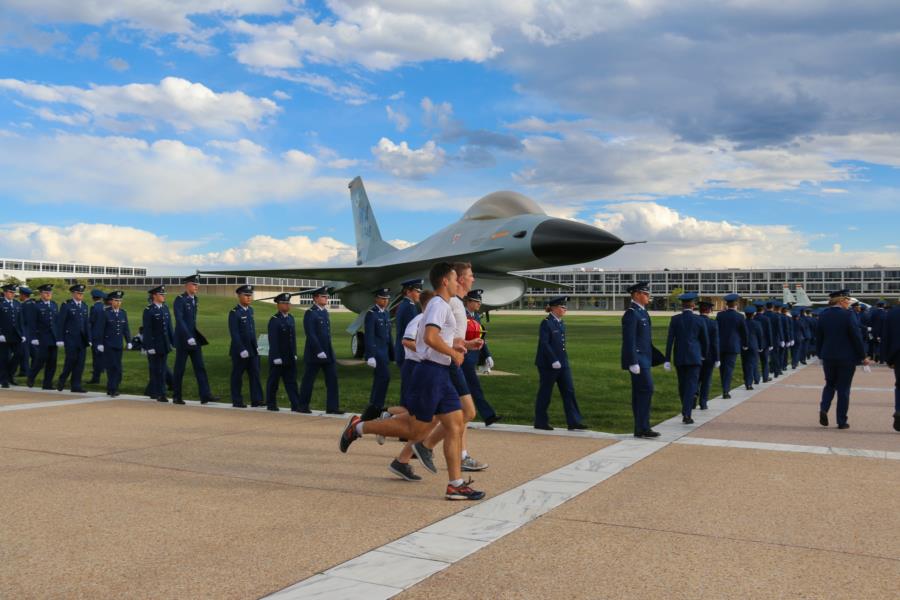 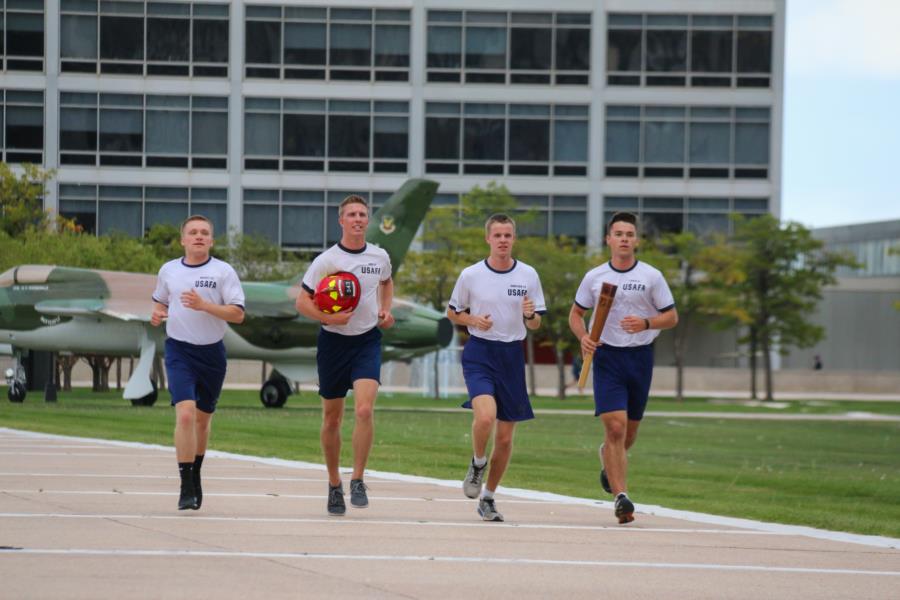 To view the pictures from the Academy's 9/11 Remembrance Ceremony go to Galleries - Extracurricular- Special Events. Or click the link below.