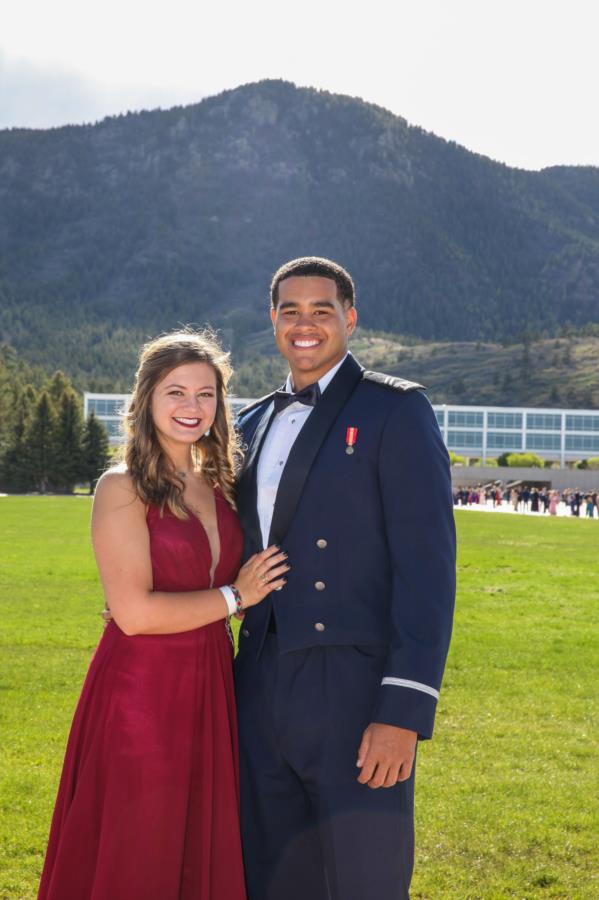 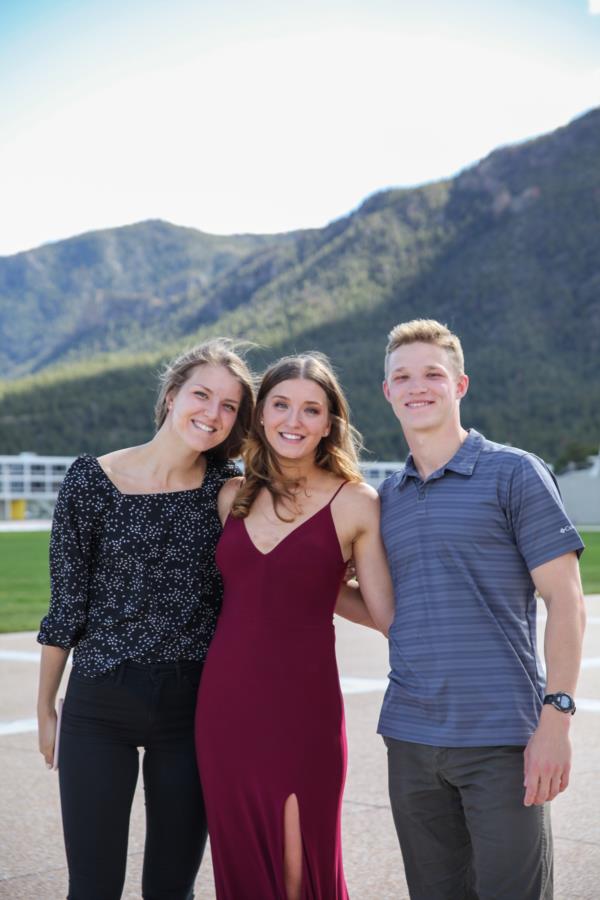 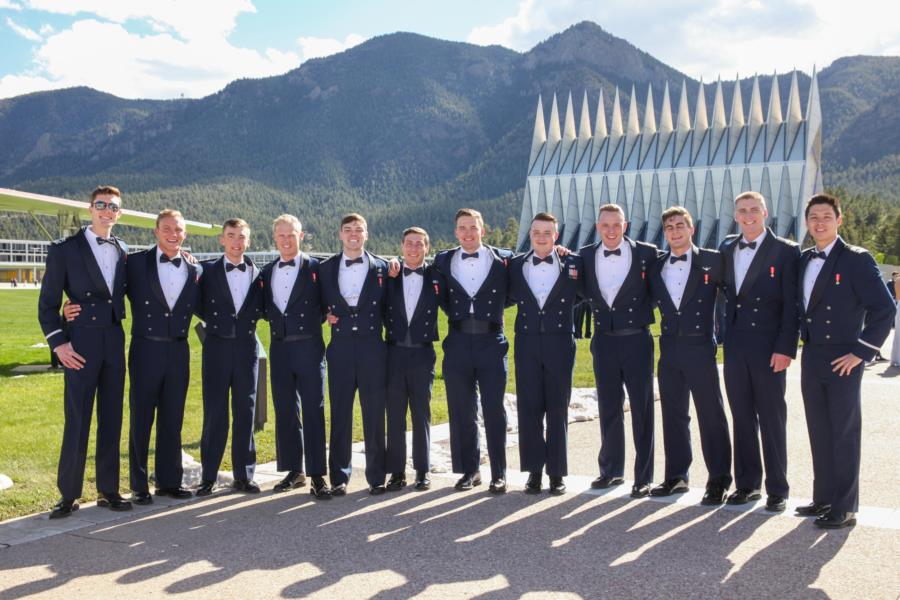 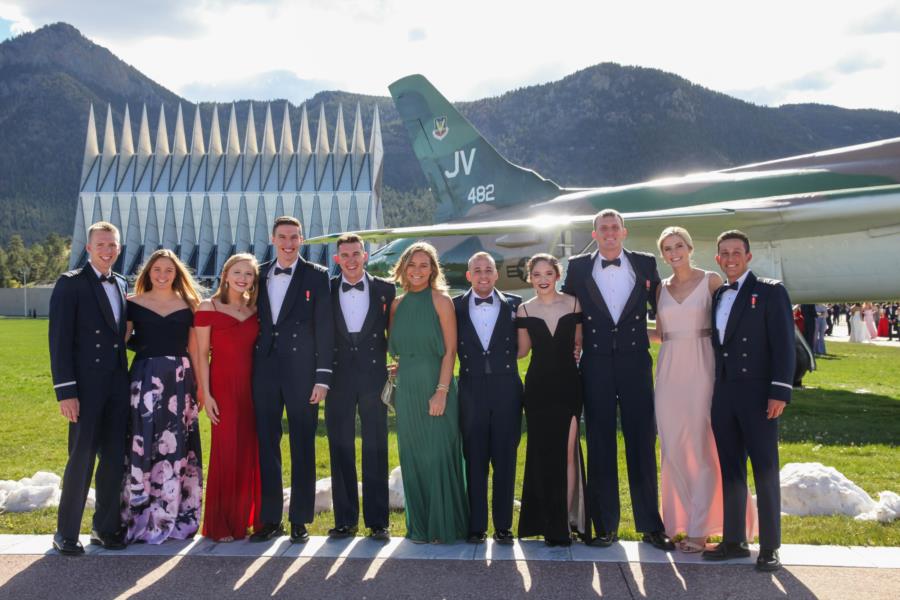 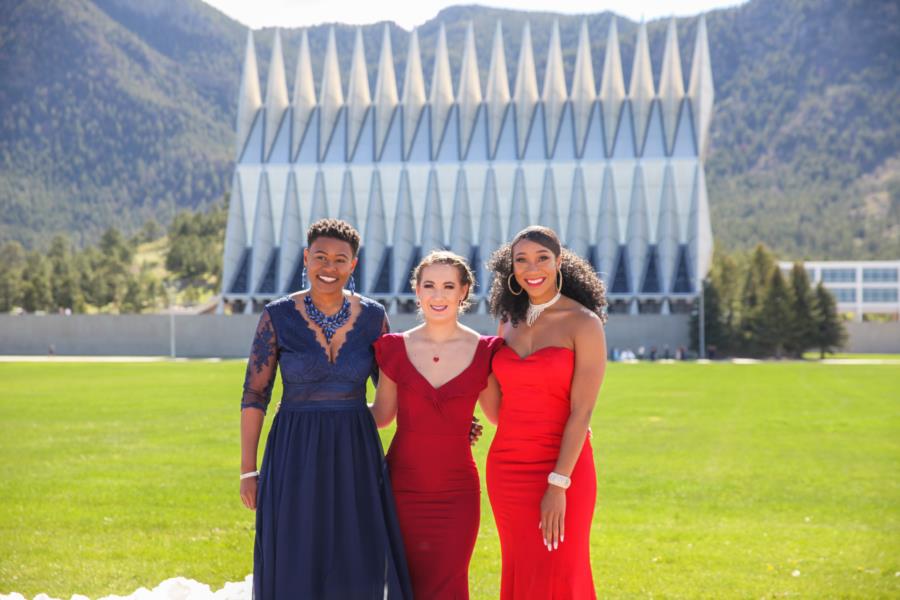 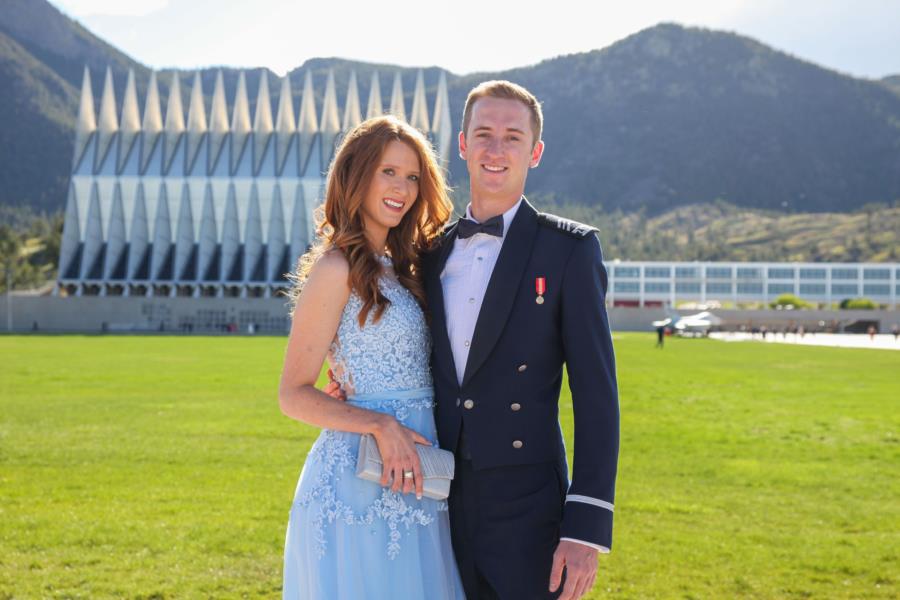 The Air Force ring is distinctive for being white gold instead of the yellow gold used at the other academies. Each class designs its own class crest; the only requirements being that each crest includes all the elements on the Class of 1959's crest: the class number, the class year, the Polaris star, and the eagle. One side of the ring bears the academy crest, while the other side bears the class crest; the center bezel bears the words United States Air Force Academy. Cadets choose their own stones for the center of the ring. The rings are received at the Ring Dance at the beginning of the Graduation Week festivities for the class ahead of the ring recipients.

This year the Guest Speaker for the evening was General Goldfein, Cheif of Staff of the Air Force. Gen. Goldfein shared some inspiring words with the Class of 2020. Tonight was also significant for Gen. Goldfein., since years ago at his Ring Dining In, Gen. Goldfein did not receive a class ring, instead, he chose to save the money for an engagement ring for his wife. Tonight he finally got his ring and got to share that moment with his wife and the class of 2020. 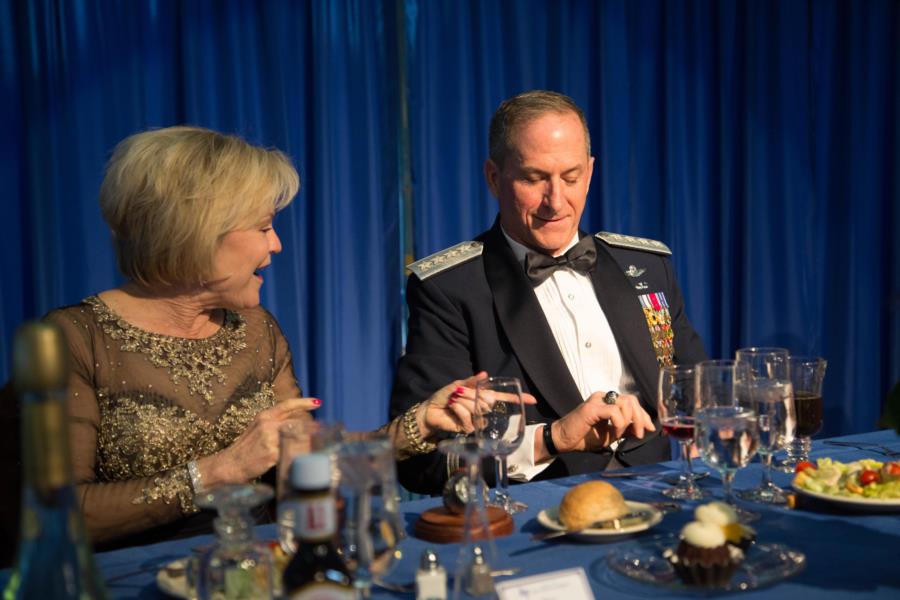 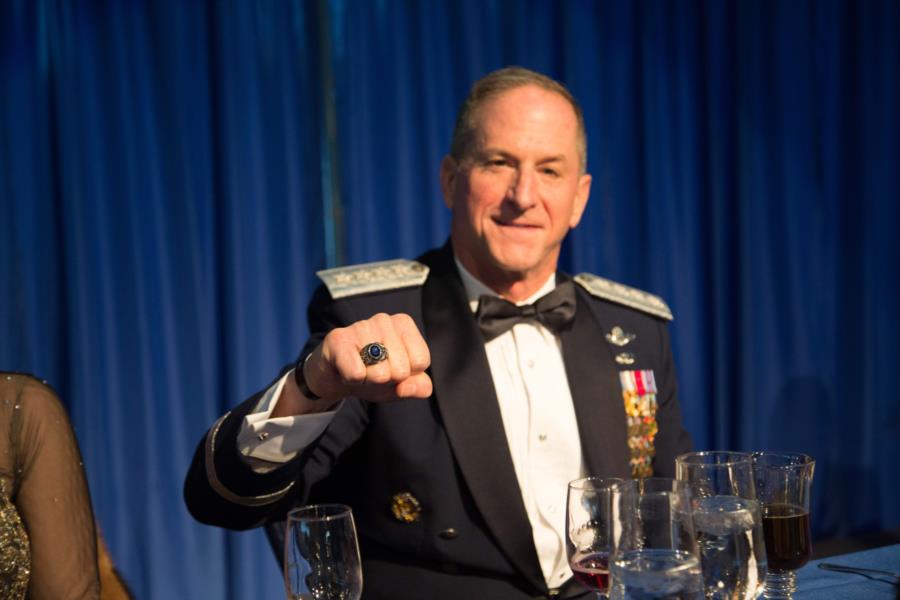 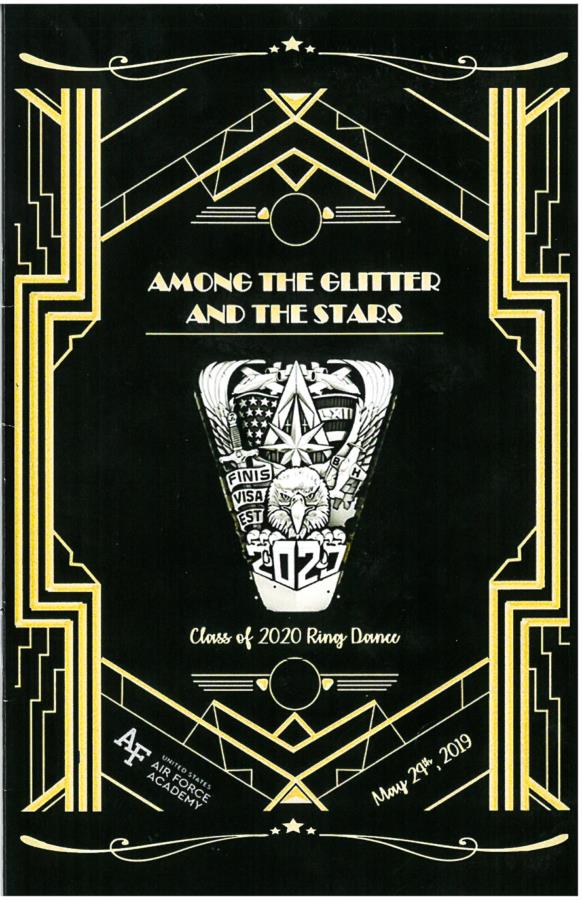 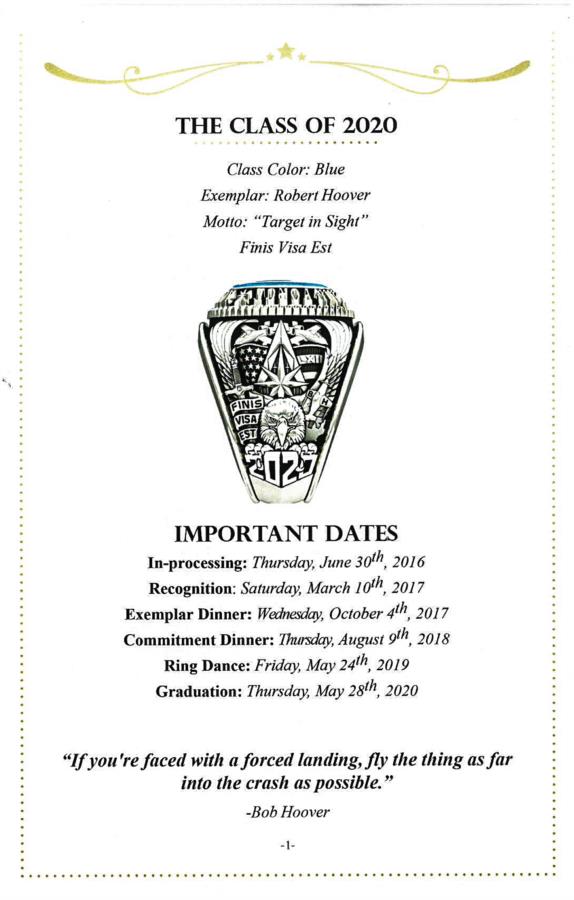 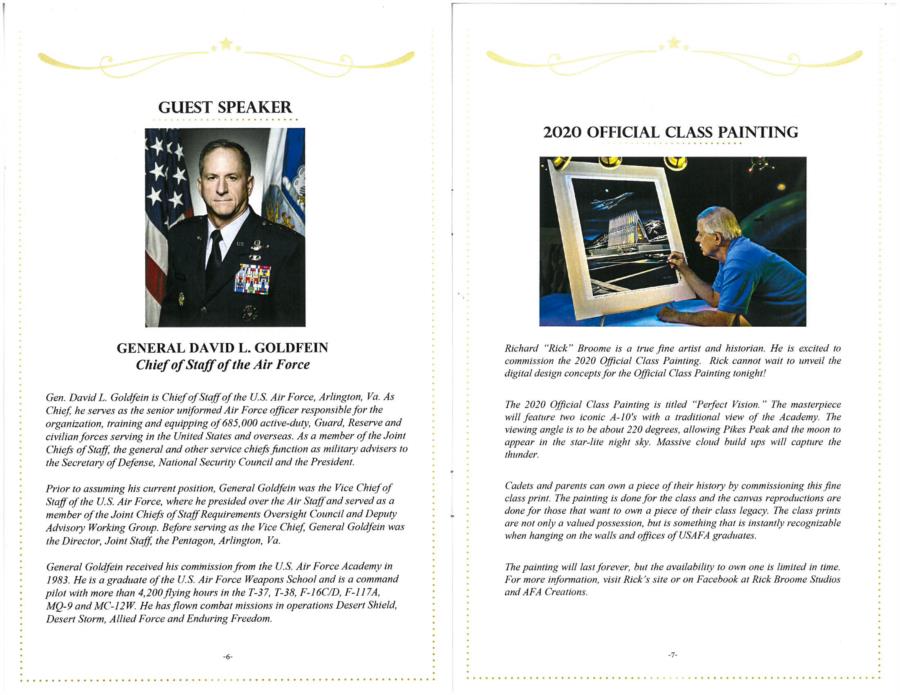 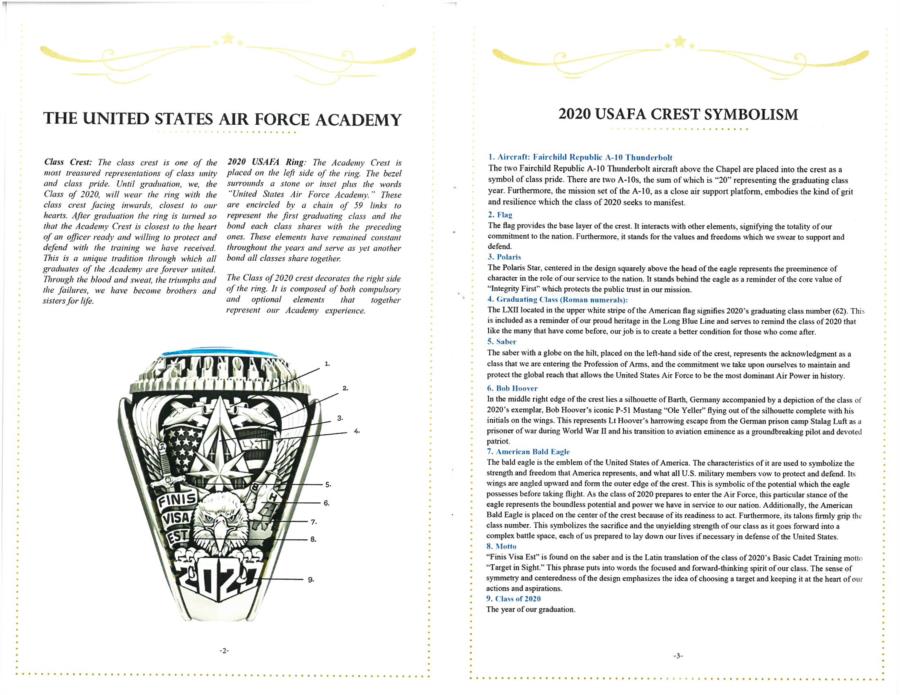 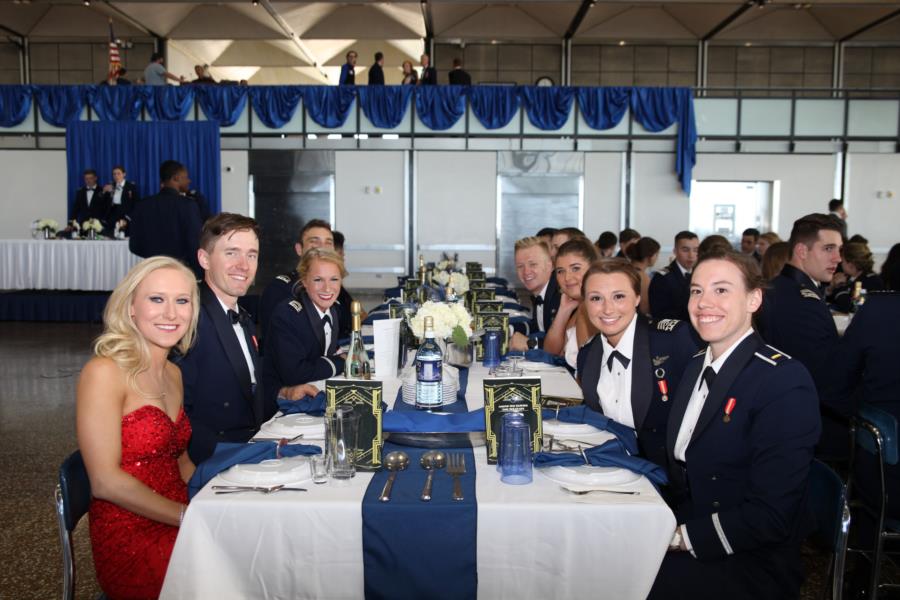 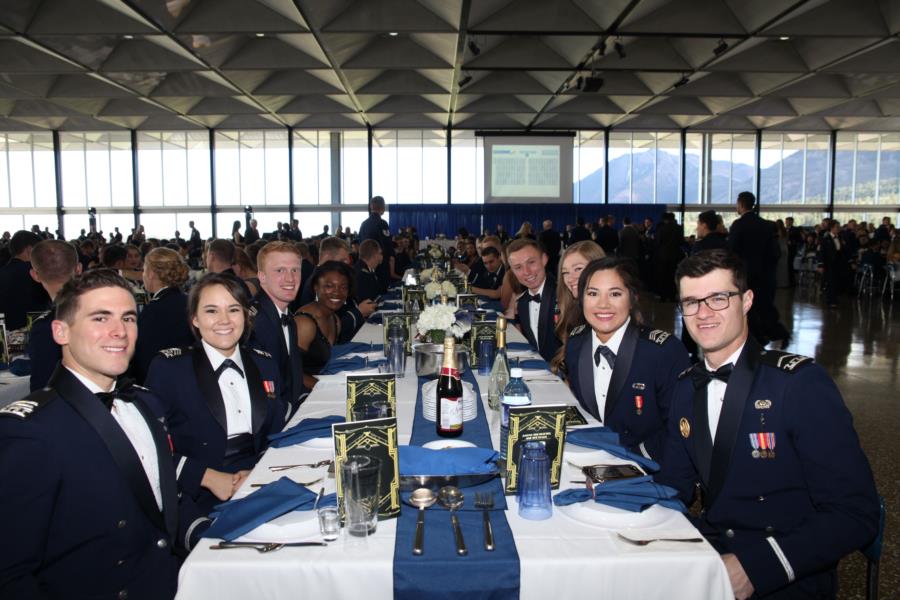 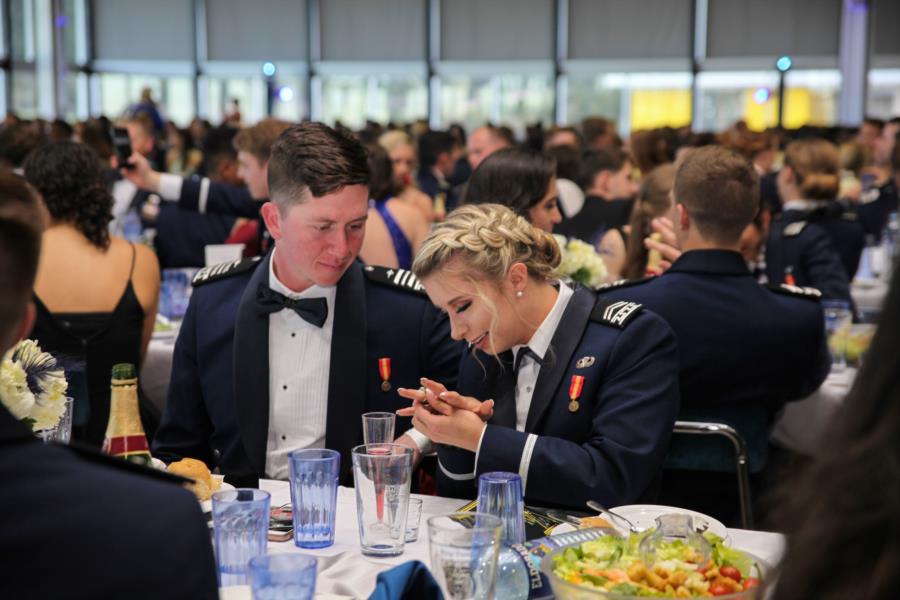 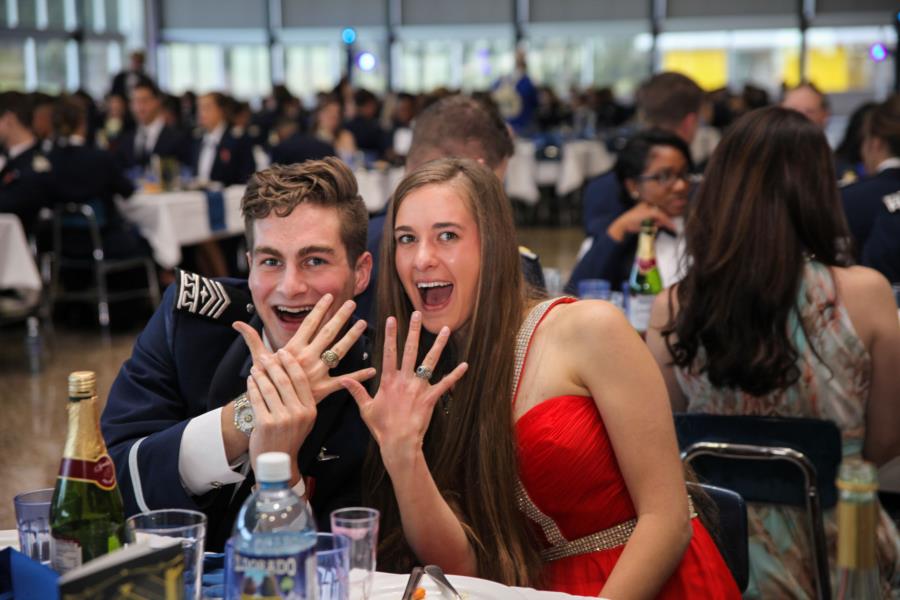 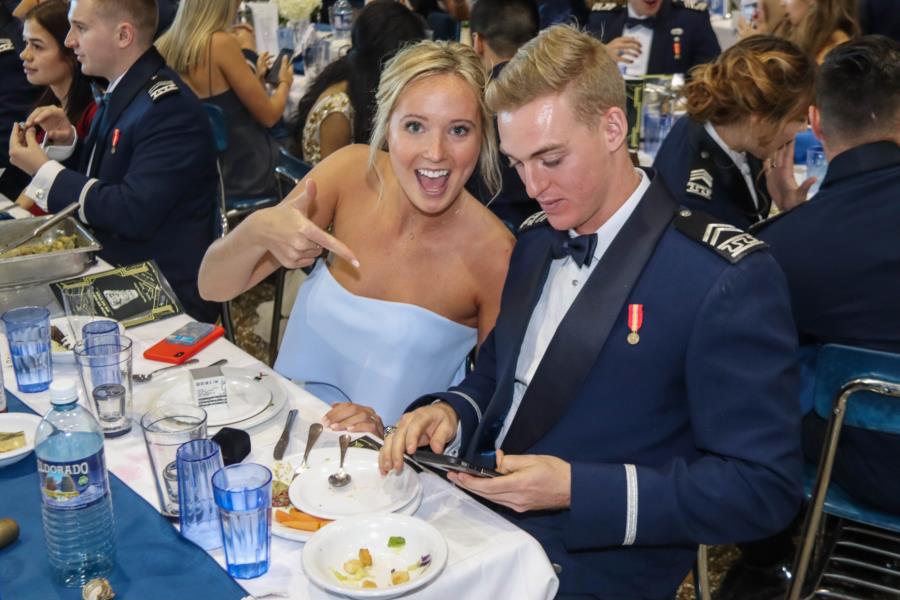 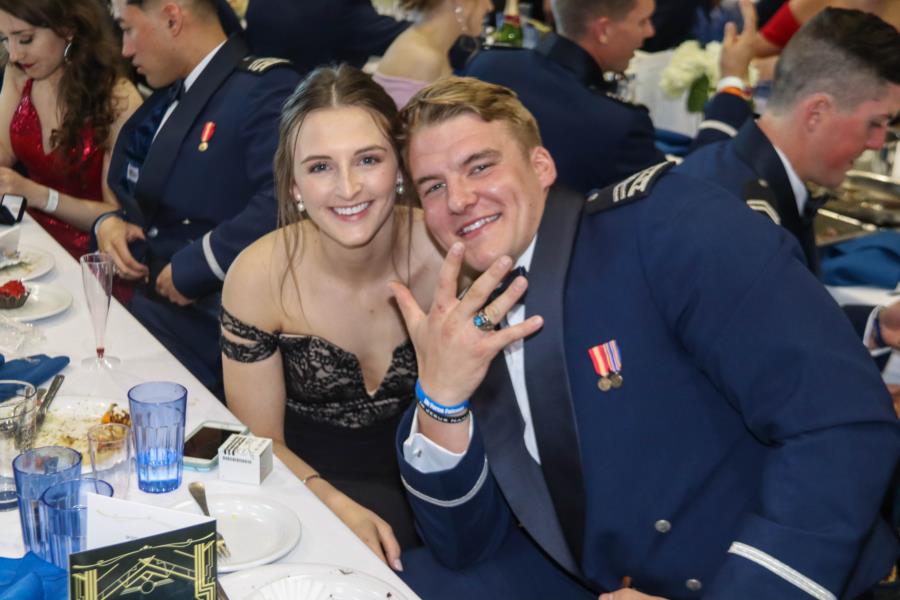 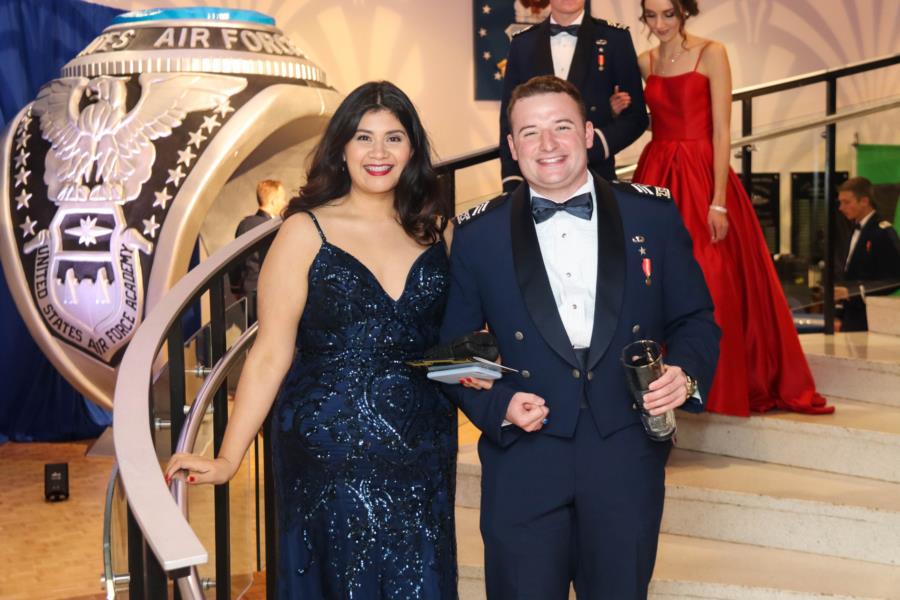 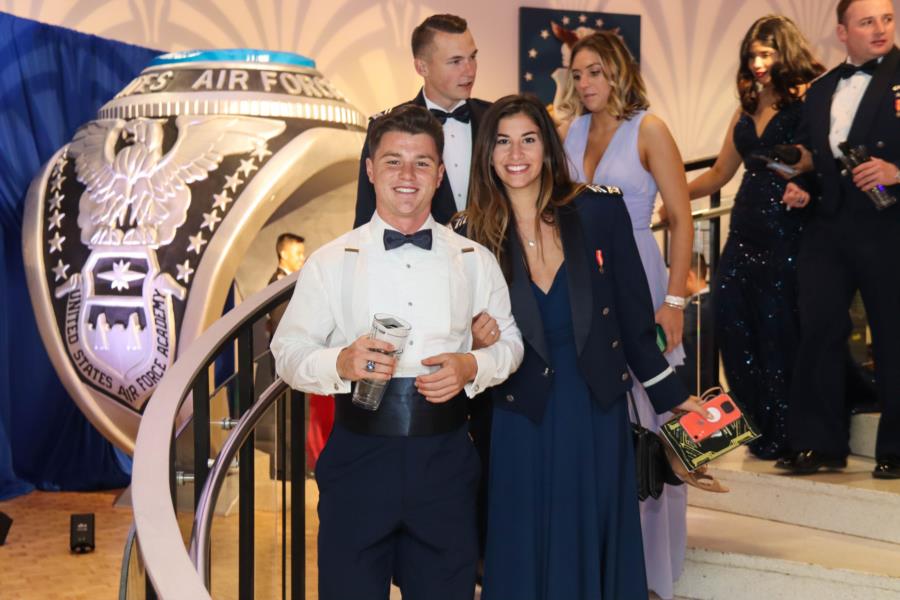 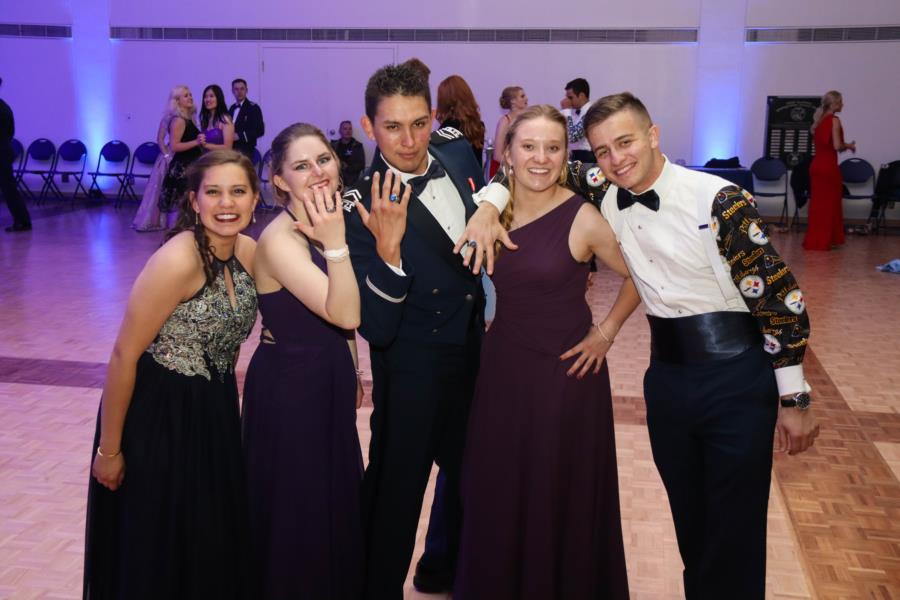 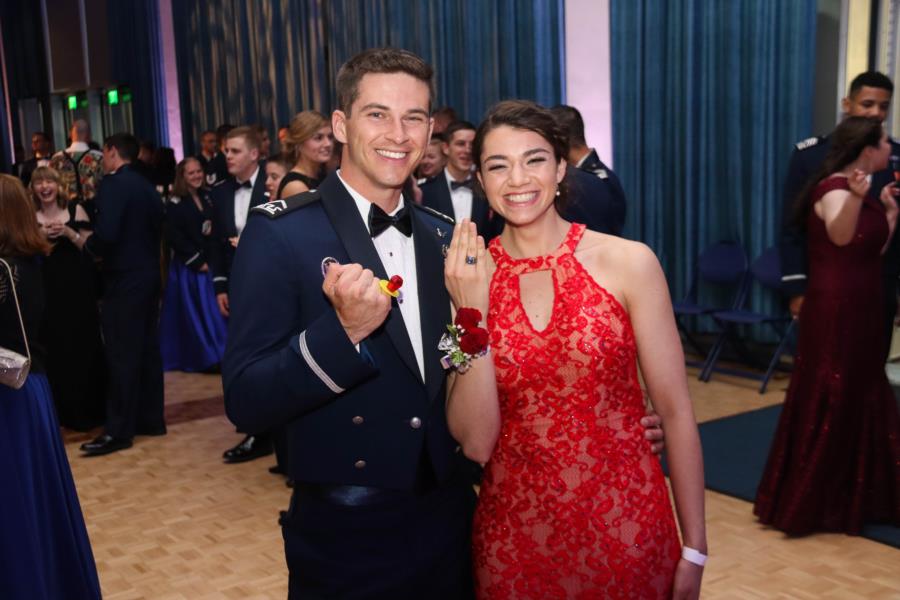 To view the rest of our photos and coverage of Ring Dining In and Dance click the link below or go to Classes > Class of 2020 > Ring Dining In.

Ring Dining In and Dance