The evening began with the students from Air Academy High School warming up the crowd.  Then the USAFA Cadet Choral took the stage to perform Christmas Classics. The songs that were performed for the evening concert were “Sleigh Ride”, “The Seal Lullaby”, “Carol of The Bells”, “Requiem”, and closing with “Deck the Hall”. 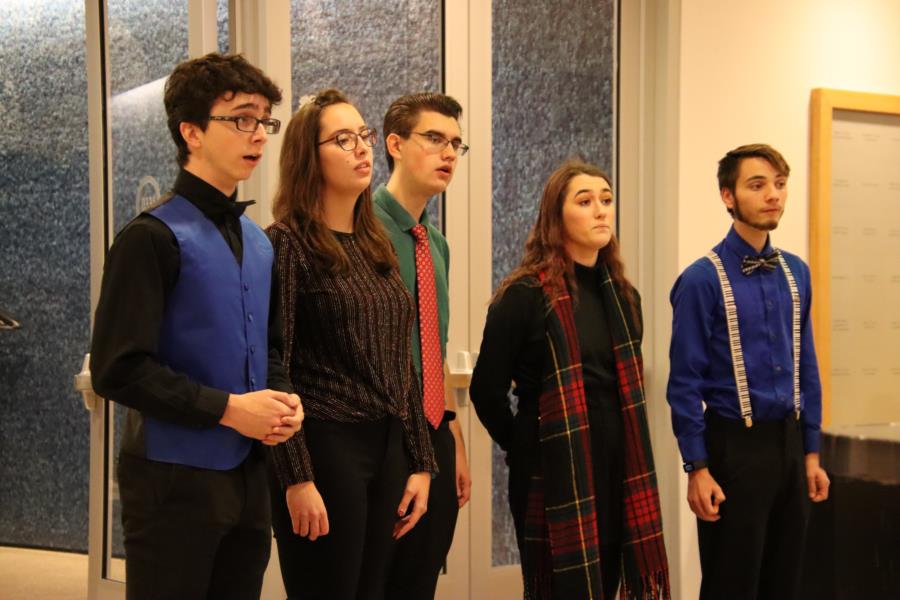 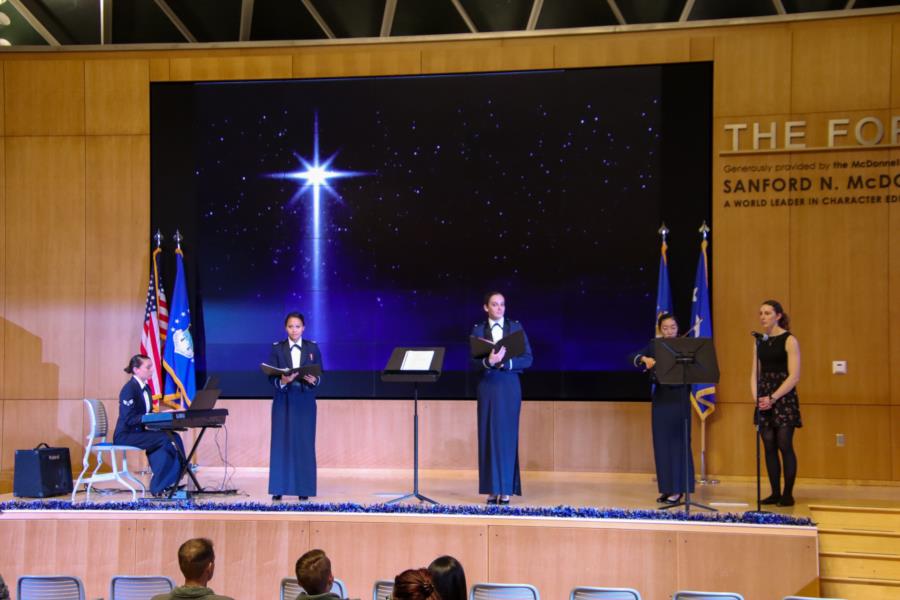 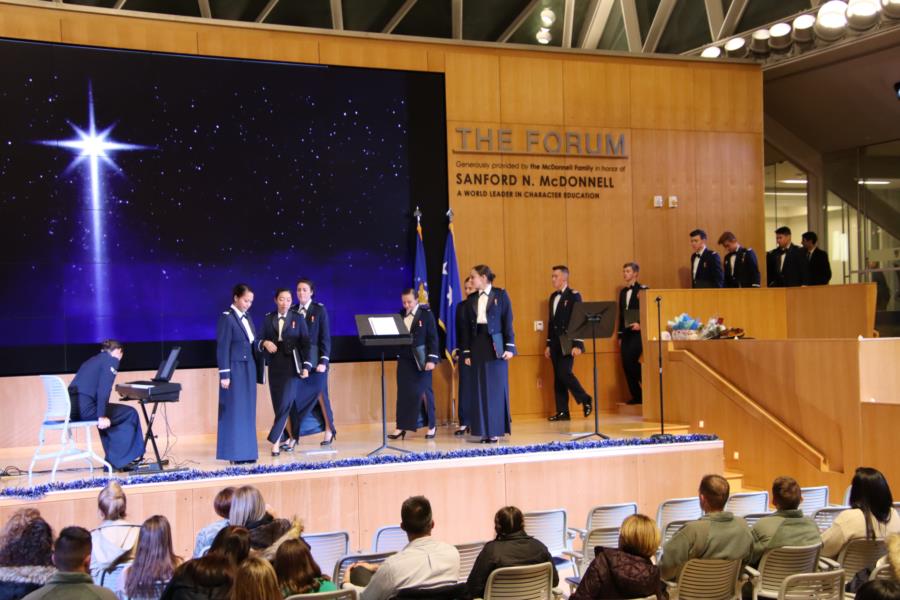 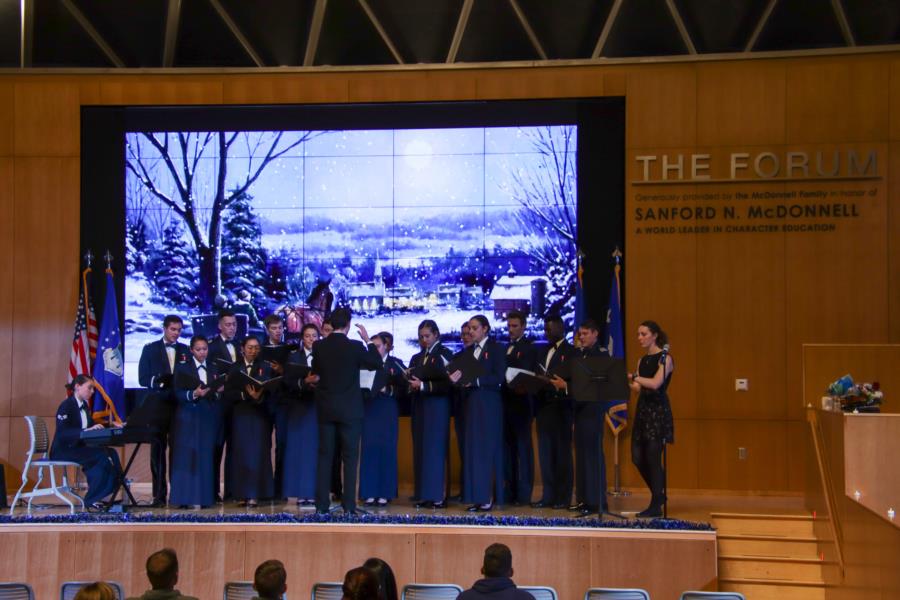 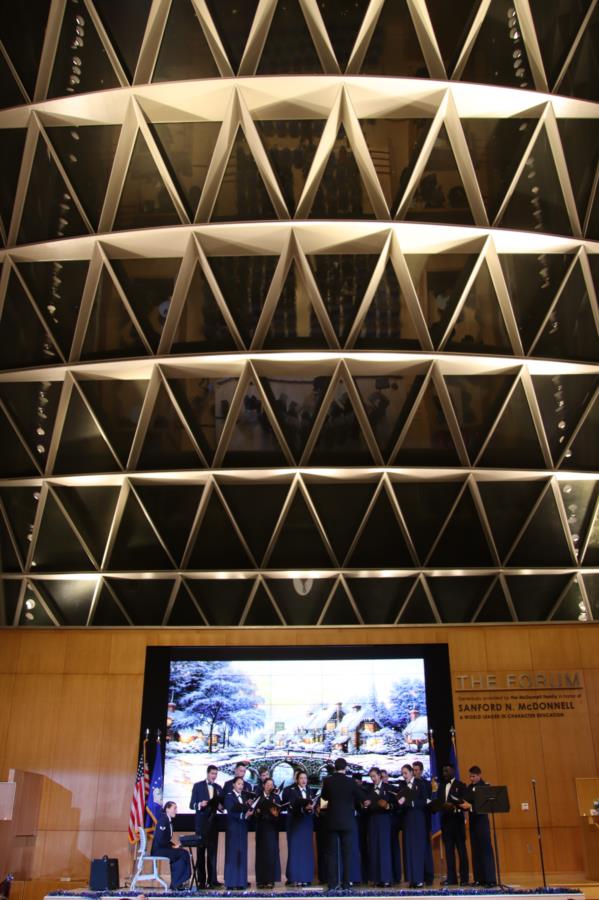 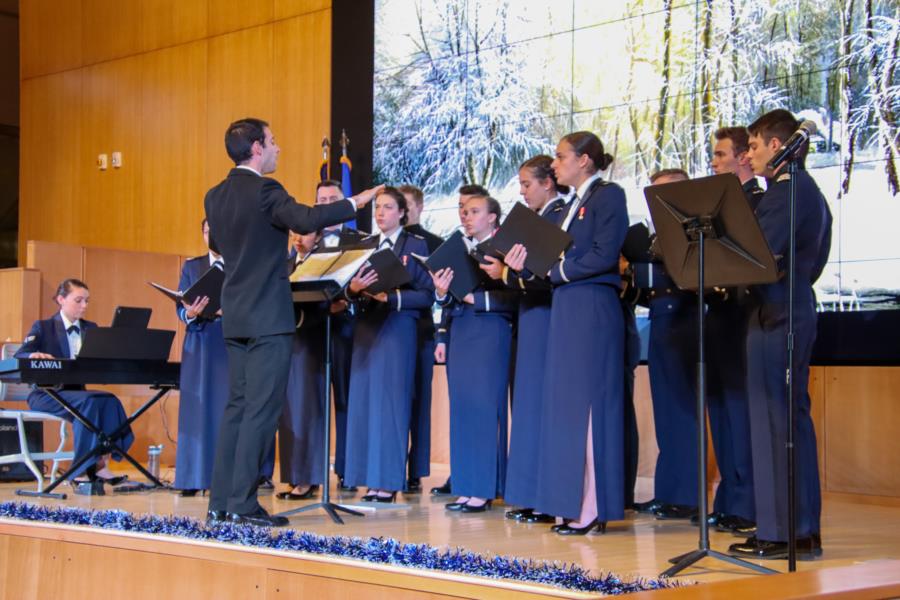 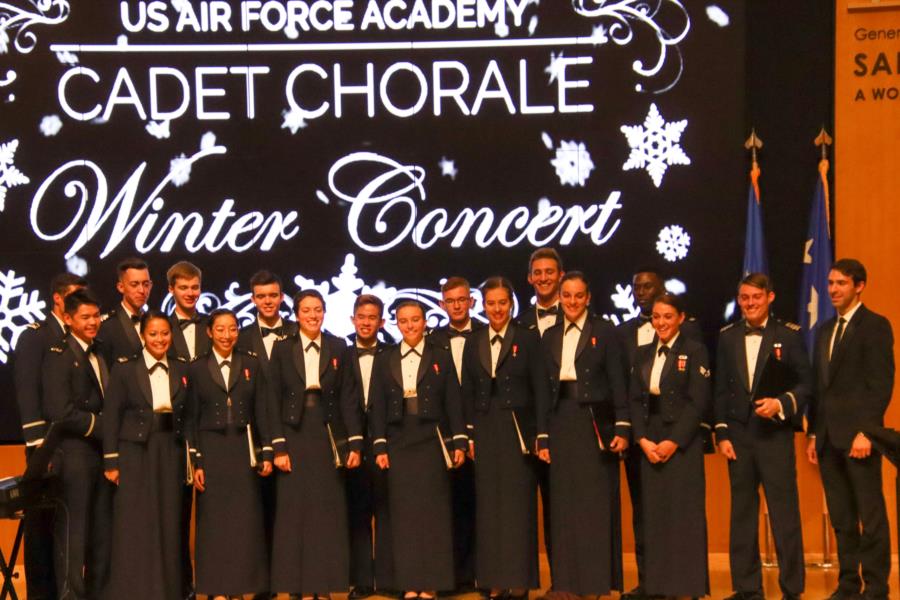 Below are the members of the USAFA Cadet Chorale:

To view all the photos from the Winter Concert, go to, Galleries > Extracurricular > Cadet Clubs or click the link below.