VECTOR (Vital Effective Character Through Observation and Reflection) is taking place today and tomorrow of this week and twice next week. We've told you what it stands for but what is VECTOR?

This program is an interactive seminar that focuses on values, personal leadership growth, and self-reflection.

All 4th Class Cadets will attend a one-day VECTOR session during their first year at the Academy.

The topics that are addressed include establishing purpose, developing vision, assessing personal values, and acknowledging influence.

VECTOR illustrates the importance of developing a strong personal foundation.

They are shown some movie clips and partake in discussions with active duty and retired officers & senior NCOs become a springboard into the discussion of character, leadership, and assertive followership concepts involving the cadets' lives at USAFA and in the Air Force.

Here are some highlights from todays VECTOR workshop. 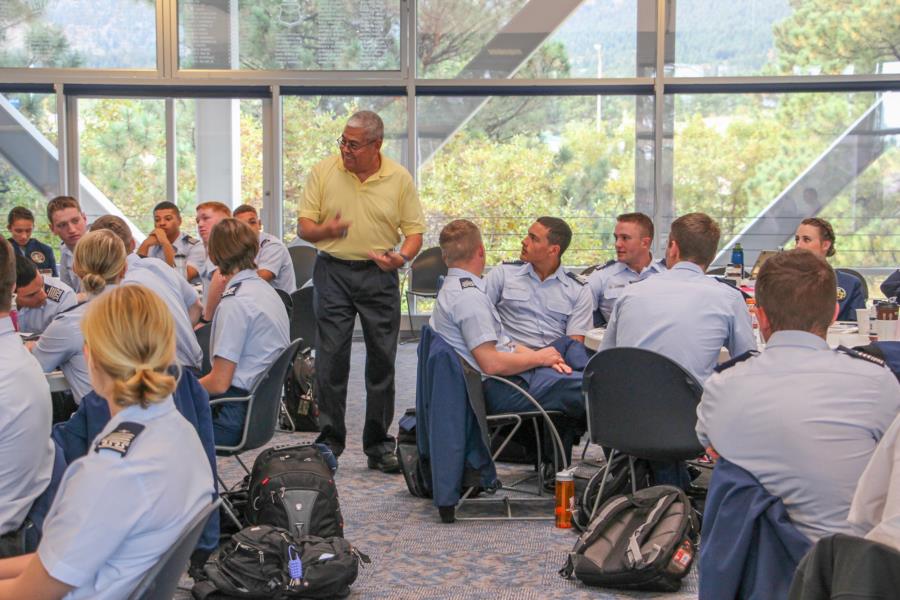 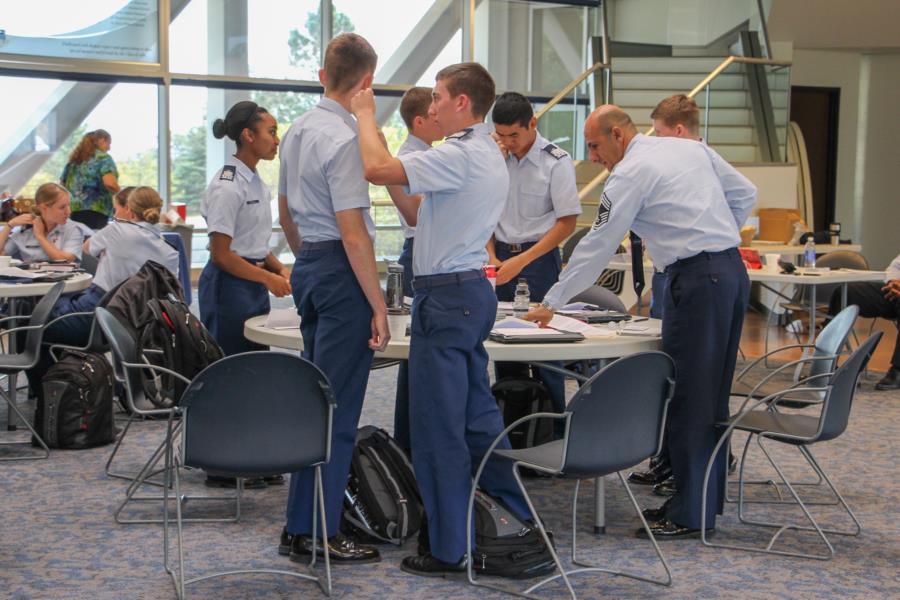 They also had to answer questions, like the one below. When they put in their answer on the computers in front of them the screen would show what the percentage was of each answer. 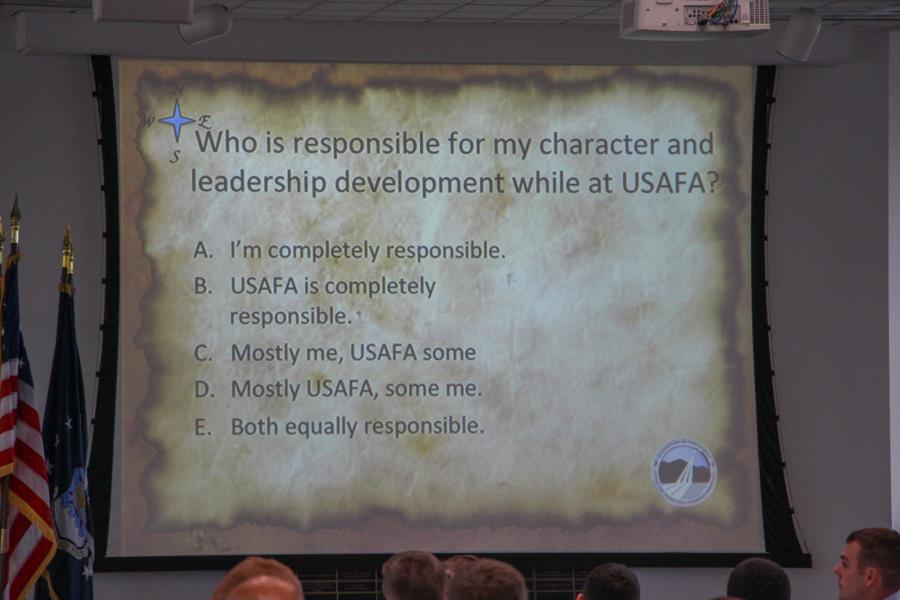 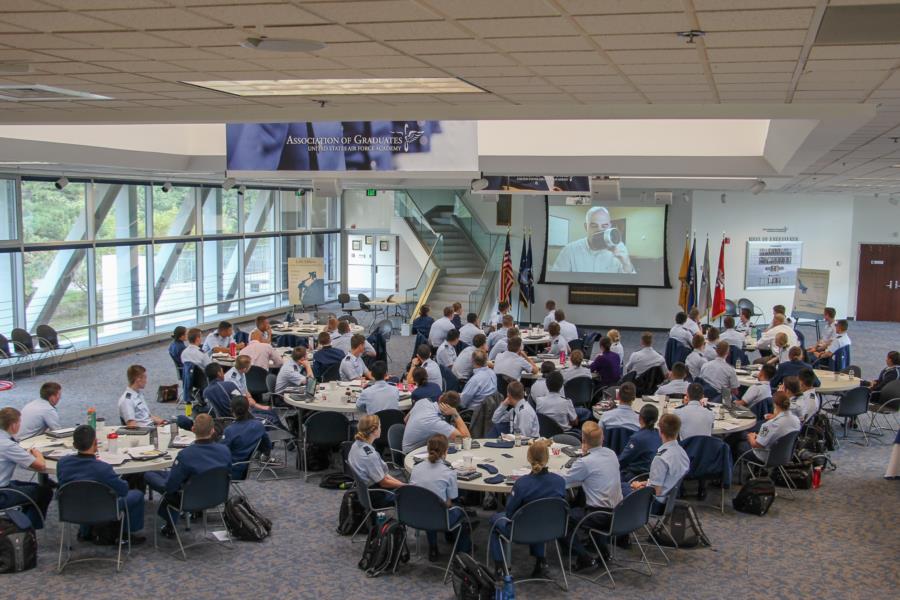